At the recent EA Sports Summer Showcase, we spent some time with FIFA 19. While the other sports games are getting into the Real Player Motion technology this year, FIFA 19 will actually be entering its second year using it. This will mean some changes to how both you and the A.I. play the game. Most importantly, EA went out and got the UEFA Champions League license and has gone all out to recreate the experience from these matches. The focus continues to be around the perfect recreation of real soccer matches in each of the individual leagues.

The evolution of the Real Player Motion technology is introducing the Active Touch System. This will change how the game is played on the field. Players will now pass and receive the ball differently along with some signature touches such as the Neymar Trap. RPM allows for these new animations as players now have the ability to fake pass and do flick-up volleys with the right stick. One major aspect that EA worked on was how loose balls are attacked. During the Showcase, EA showed that in last year’s title if two players went after a ball, one would randomly sway away and not get it. In FIFA 19, both will attack the ball and proper collisions will happen if the the situation can’t be avoided. It allows for more aggression on loose balls and keeps the flow of the match going.

EA has also implemented a Timed Finishing system for shooting off of cross passes. This is set up by double tapping the shoot button when attempting a strike. The timing on the second tap will determine the accuracy of the shot. This certainly fits more for advanced fans as we had a difficult time getting this off during our time with the game. A meter will pop over the player’s head and you need to hit the shoot button at the right time. Playing more and more matches made us want to try plenty of these advanced controls. The team seems to have found a good way to blend the casual appeal with someone that wants to learn more and get skilled. Using the R1 or RB with the combination of the right stick can net some really sweet moves. The Real Player Motion allows for plenty of on-the-field animations as the flow of the game is smooth. It also features multiple pass types and shot types that also seem more approachable to pull off than in the past. There looks to be a lot of small pieces moving to create a certain level of gameplay with FIFA 19. 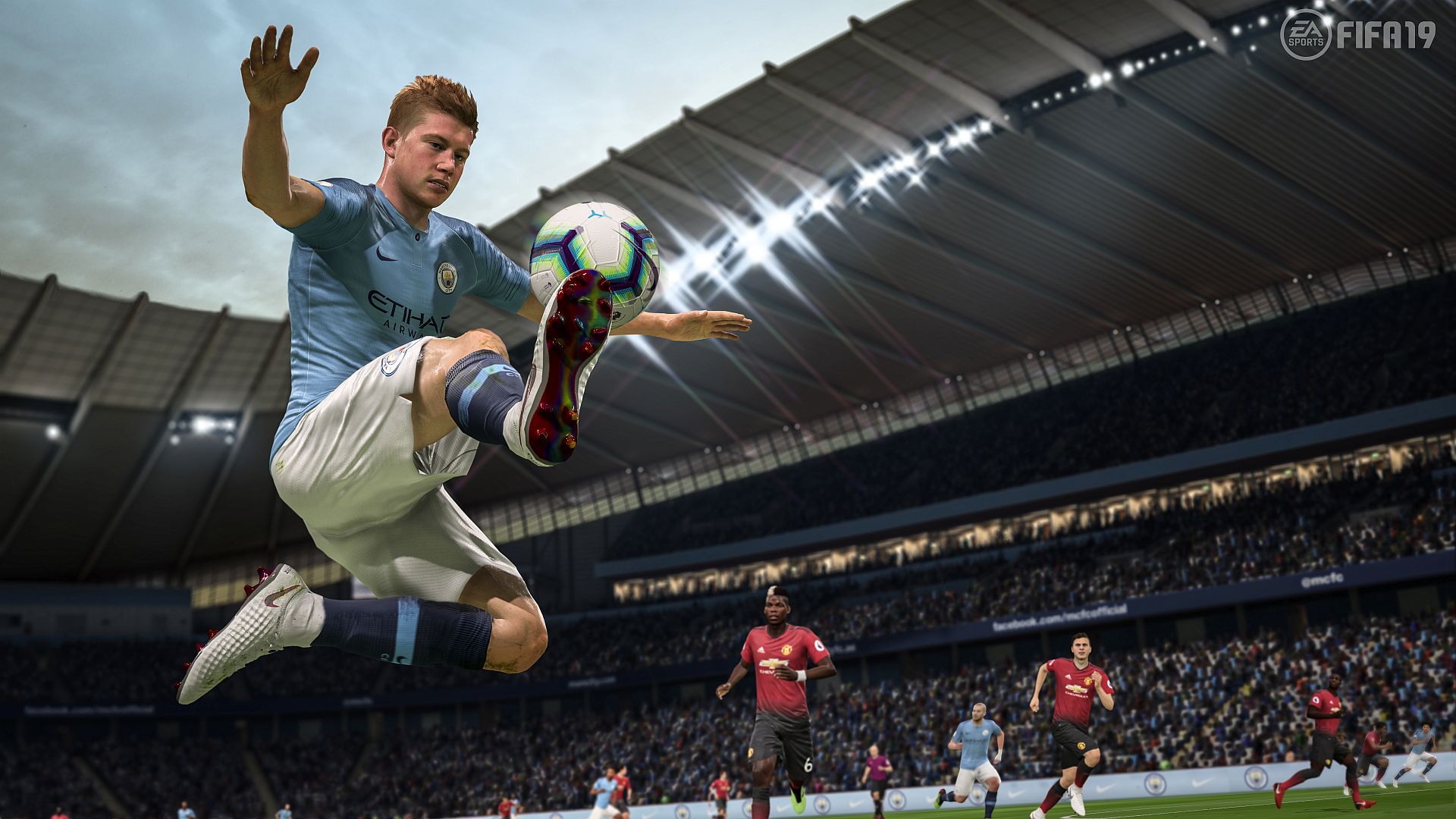 For the really advanced players, FIFA 19 will introduce Dynamic Tactics. Prior to each match, you can set custom formations along with the play style of your attackers and defenders. This can narrow down to how much aggression you want individual players to have. There is a lot of customization to be had here and adjusting this on the fly is rather simple with the directional pad during the match. This looks to be a very nice touch for extreme football connoisseurs and allows players to play around with different formations and setups.

Not only did EA acquire the UEFA Champions League License, it also picked up the Europa League and Super Cup licenses, as well. The team is taking it one step further than just having the teams and players. They wanted to recreate the atmosphere and essence that is Champions League Football. FIFA 19 will feature the legendary introduction to each Champions League match that will include music composed by Hans Zimmer. The game will also feature the commentators from the Champions League Derek Rae and Lee Dixon. This is on top of the returning Martin Tyler and Alan Smith for other leagues. FIFA 19 will also include different broadcast presentation graphics depending on the league, so this all looks to not only mimic the specific league’s experience, but add variety into the game. 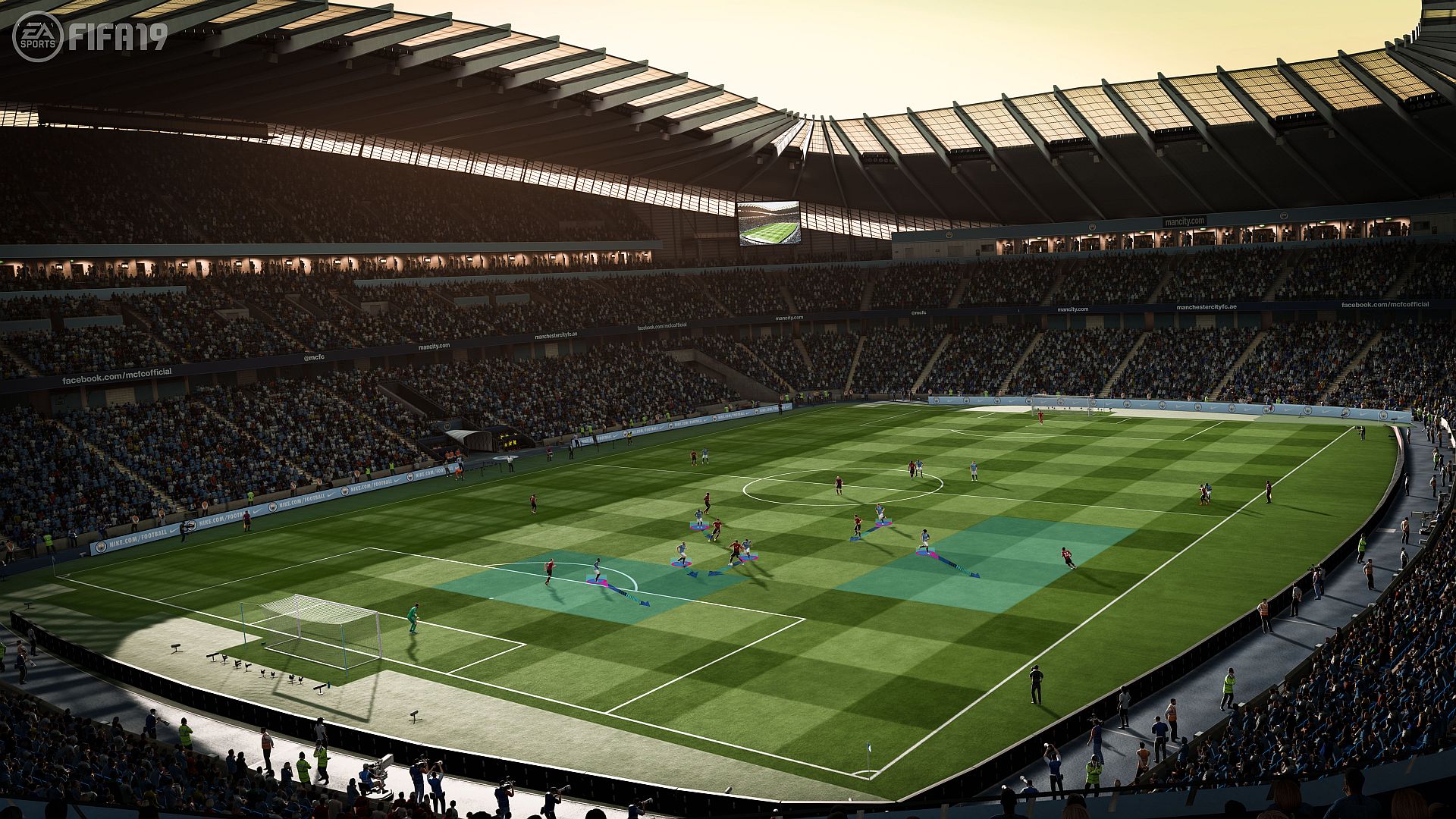 FIFA 19 looks to still be approachable for the casual fan while offering more for advanced users. There looks to be a lot of ways to master the field with the Active Touch System while customizing formations at the same time. With the ability to play through a Champions League season, along with other features to be announced later, FIFA 19 looks to be the quintessential football game that longtime fans should appreciate. FIFA 19 launches on PlayStation 4, Xbox One and PC on September 28 along with a Nintendo Switch version.