The Council has taken a fair bit of criticism across the first two episodes, from technical issues to dialogue and voice acting. Is the studio aware of the criticism and has it used any of the feedback it has received in the development of new episodes?

We’re listening to feedback from players and we’re fixing issues at the release of each new episode, in addition to adding some global features (more on that soon). We’re also working hard to improve the quality of dialogue and voice acting for [the] coming episodes.

With other episodic series, most people usually know the title of each episode in advance. How come the studio has kept a lid on revealing the name of each episode until a week or two before its release?

We wrote the names, then buried them on a remote island and only gave the location to marketing teams two weeks before release.

Are there any plans for getting The Council released on Nintendo Switch or iOS and Android devices?

No plans for a Switch or mobile port so far. 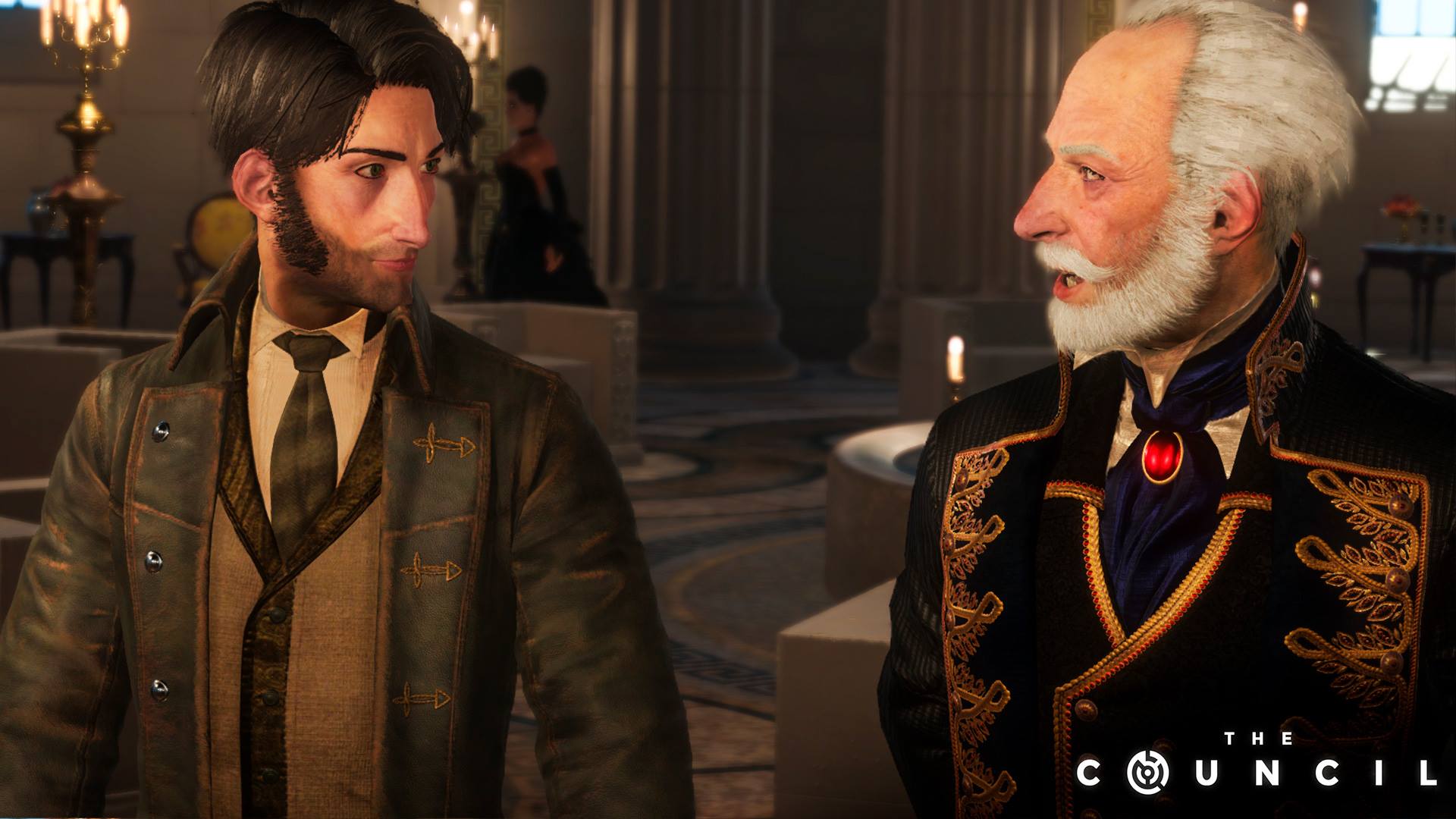 Louis speaking with Lord William Mortimer in The Council.

We know that you’ve currently ruled out a physical release for The Council, but do you think there might be any chance that could change in the long run?

There is always a chance.

It’s early days, but would the studio consider a sequel to The Council?

It’s too early to say, but we would love that. The IP is broad and we have many things to tell.

Our vision for this was that ‘we make a game of consequences, not a game of choices.’ We absolutely wanted to deliver on that, and a good part of the design was to craft choices that created tangible consequences for the player without breaking the overall coherence. -Sylvain Sechi

Studios such as Dontnod and Telltale have found major success with episodic gaming and continue to tap into that format going forward. Considering Big Bad’s early success with The Council, will the studio revisit episodic gaming in the future, whether it’s for a sequel or a new IP?

It will definitely depend on the next game. If it fits the format, we may [use it], but it needs to have meaning. We don’t want to make episodic games for the sake of it.

The Council was released on PlayStation 4, Xbox One and PC. For more on Big Bad’s episodic title, check out Hardcore Gamer’s reviews for The Mad Ones and Hide and Seek and our exclusive interview with voice actor Tiffany Hofstetter.