The Yakuza franchise has provided some of the most elaborate and engaging storylines in gaming since its debut in 2006. The first entry on the PS2 may have had some iffy voice acting, but even with that dark cloud hanging over it, the underlying quality of the characters and their stories remained compelling. Since then, the story of good-natured yakuza Kazuya Kiryu has been expanded upon to not only include his surrogate daughter Haruka, but an entire orphanage and in the final installment, her very own son. It seems rather fitting that with the final canon entry for Kiryu recently hitting the PS4 that PC owners would see his first chronological tale told via Yakuza 0 — which we absolutely adored last year.

The PC version brings with it a variety of visual enhancements alongside the same exciting and violent adventure that wowed players last year. Yakuza 0 acting as a prequel put it in a tough spot in some ways because origin stories can be tough to tell — especially coming so long after the first-released entry in a series. Fortunately, with Kazuya Kiryu having an extensive jail sentence before the first game, it did give the creators of Yakuza 0 something to work with — his earlier days in the yakuza that led him and the world around him to the events of that game. 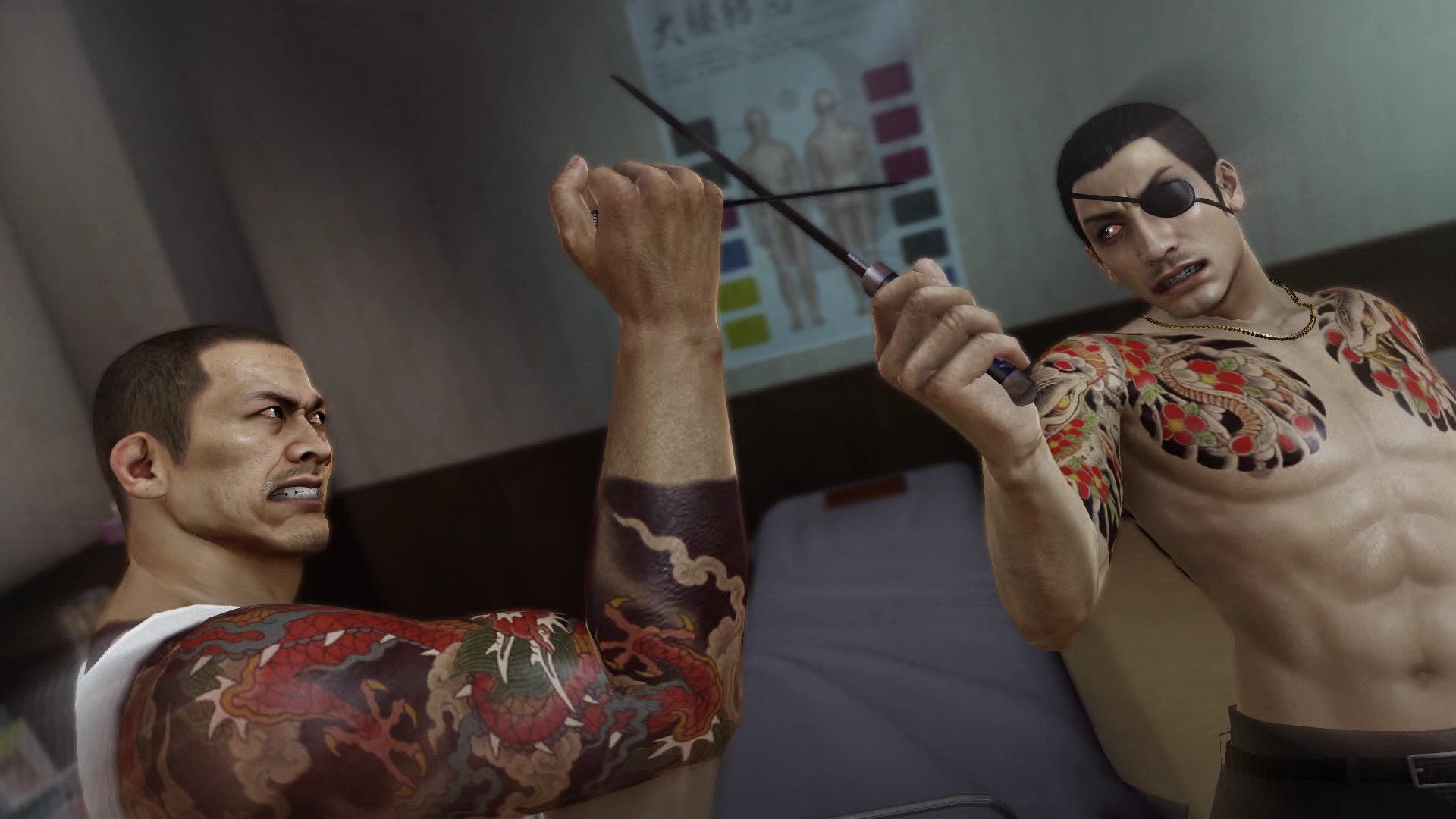 This prequel winds up tying a lot of things together and adds more to the lore in terms of characters and their relationships with one another. This is especially impressive since the series is known for having a lot of moving parts to it, so adding more to that without hurting the overall narrative is no easy feat. The dynamic between Kazuma Kiryu and Goro Majima is explored and that makes this being the first entry on PC especially interesting. Their long-time rivalry is something that console owners are familiar with — but here, the issues are just starting out. This means that players coming to Yakuza 0 fresh will be able to see things evolve in a completely chronological order, which does change how the narrative feels.

Much like how playing something like Life is Strange in release order doesn’t quite mesh with the chronological order of the storyline, having to fill in all the blanks later on as a console player is a bit tougher. You can always recall things to some degree, but little details can get lost in the shuffle when you try to remember seven long games-worth of story. By starting things out with Yakuza 0 on PC, Sega is allowing newcomers to see the story unfold in a more natural sequence — and with the best-looking version of this prequel. Yakuza 0 was originally a PlayStation 3 release that got some visual upgrades for the PS4, but winds up shining brightly on PC. 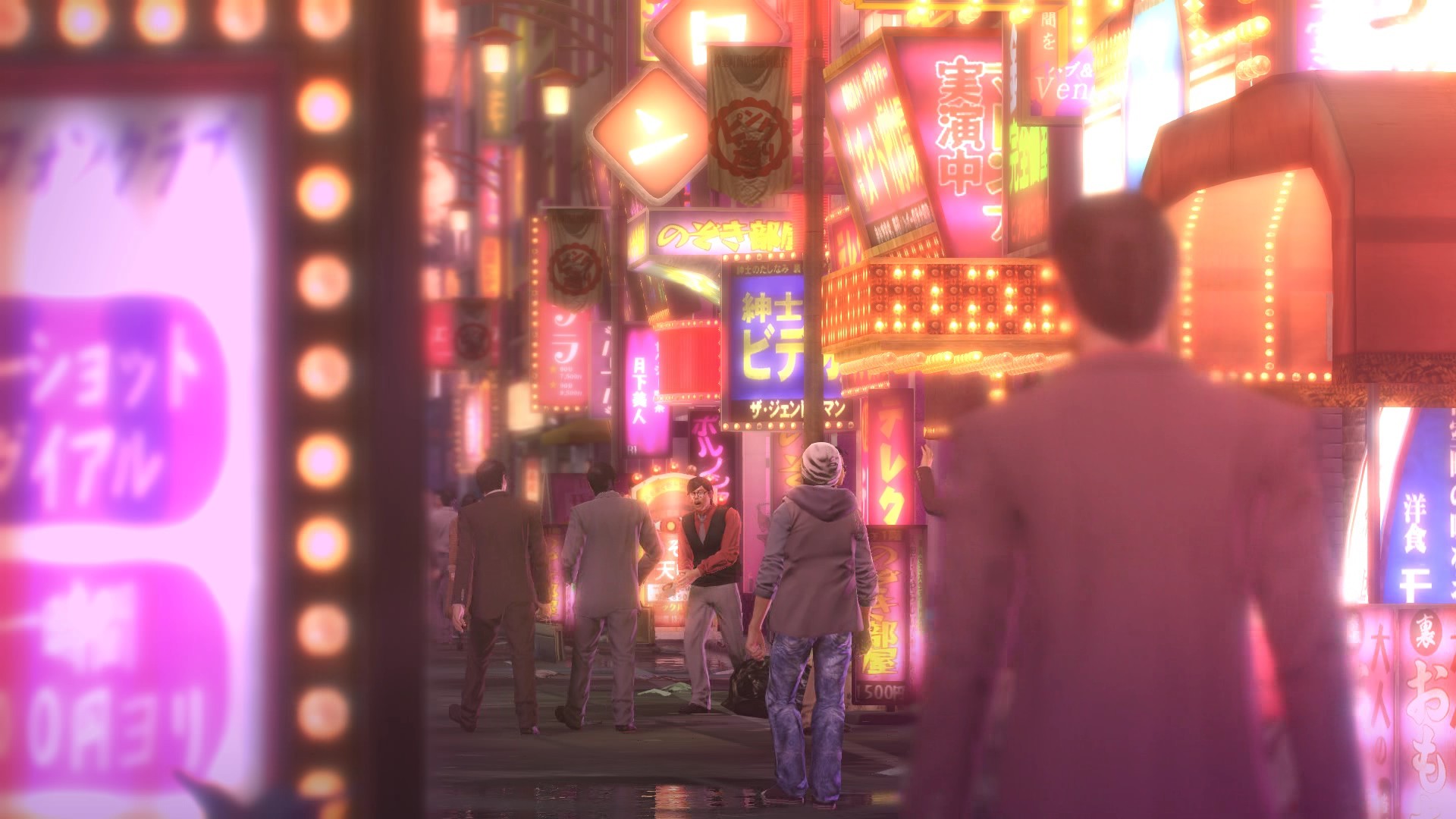 While the PS3 version was incredible given the hardware and the PS4 version sharpened up the graphics and beefed up the detail, both pale in comparison to the PC version. Now, each individual hair is visible on stubble while real-world objects glimmer like never before. The core animations remain the same which means there’s realistic-looking details for that things like walking around while battles mix that in with surreal animations. The franchise’s closed-off battle areas and beat-em-up-inspired combat plays like a dream no matter what platform you play it on, but using an Xbox One controller does change the feel of combat ever so slightly.

Getting used to playing the franchise with a DualShock controller and shifting to an Xbox layout is a little different. The Xbox controller fits in larger hands better and the contours on the bumpers and triggers do make it a little easier to use those buttons for either following characters in the overworld or targeting a single foe during combat. The larger face buttons make going from one button to punch, another to kick and then one for grabbing and then using your Heat specials that much easier. Combat does flow a little easier with the Xbox controller and it makes for a more comfortable experience. 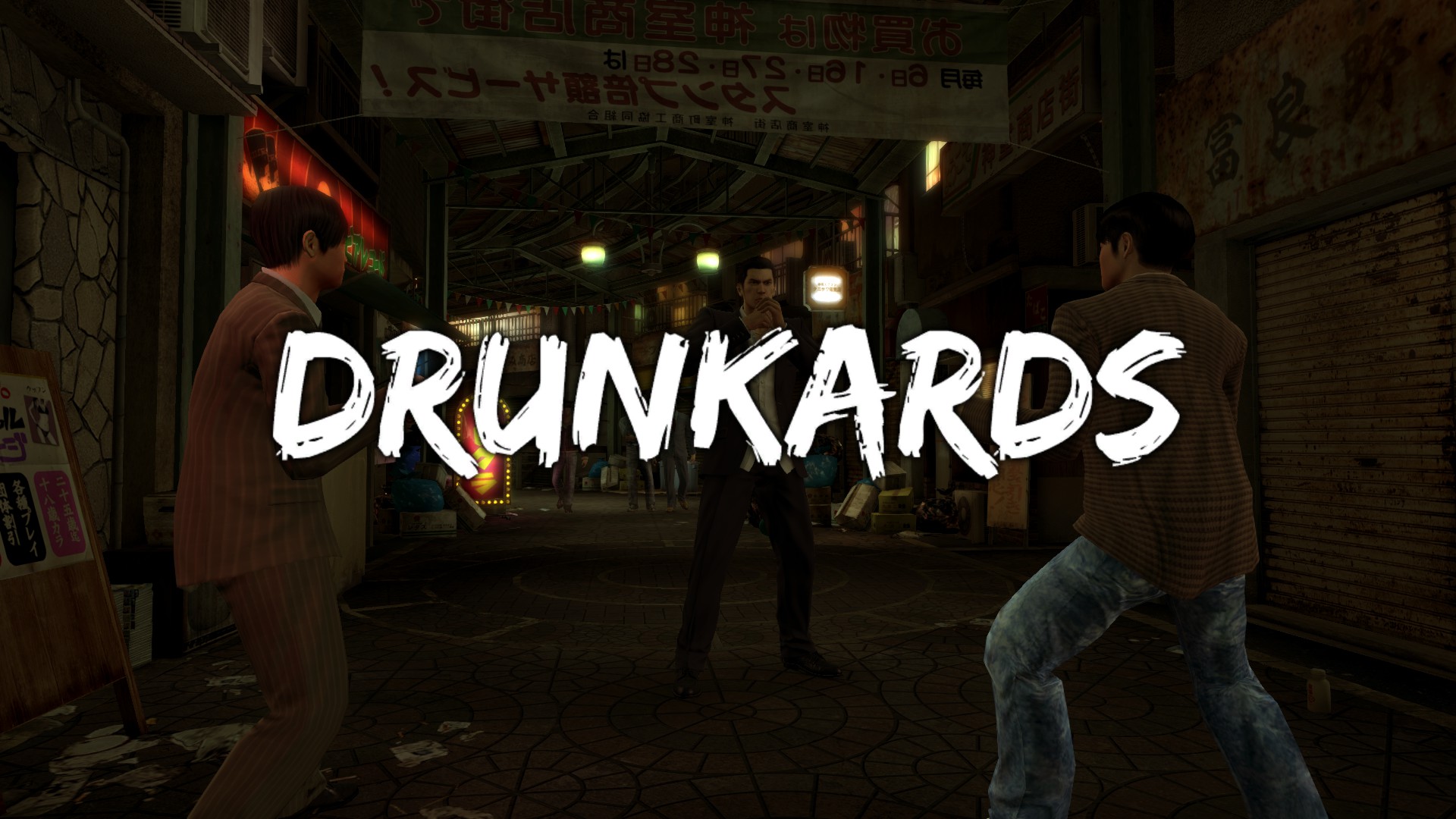 Beyond combat, the Yakuza series is also known for its side activities and the prequel features hilarity with a variety of battles and even a bit of goofy karaoke. These small things further this entry being a perfect starting point and make it easy to get into the lore. Right away, you get a chance to learn about Kiryu’s strong character before beating up drunks and bullies before singing terribly at some group karaoke. You also have a slew of classic Yu Suzuki arcade games to play and can even enjoy some slot car races if you want.

Yakuza series newcomers couldn’t ask for a much better starting point than 0. While some may prefer to start with the first game, this is a great way to begin the series as well. The core game has more refinement than the original version of Yakuza and on par with the remake of the first while the story is a bit of a coming of age tale for Kiryu as he is put in tough positions frequently. Yakuza 0 offers a lot of fighting action alongside a gripping story and a ton of side activities for a mere $20 and can be yours now via Steam for PC users.