Holy Diver was a bit of an unsung hero in its dime. This 1989 Famicom release received high marks, but its usage of religious iconography led to being turned down for a North American release. The core gameplay is very much like the original Castlevania franchise – only with a heavy metal influence and longer-range fireball attacks instead of whip usage. The game is currently available for pre-order in a collector’s edition with a slew of extras.

The first 1,000 units ordered will come with a special white-color cartridge. Buyers will also get a box for the game itself, a full-color manual, a certificate of authenticity, a notebook, an enamel pin set, art prints, and stickers. This collector’s edition will be released in August via Retro-Bit and set you back $59.99 later this month. For those who have always wanted a physical version of the game, this isn’t a bad price at all and having the physical collectibles is a nice bonus. 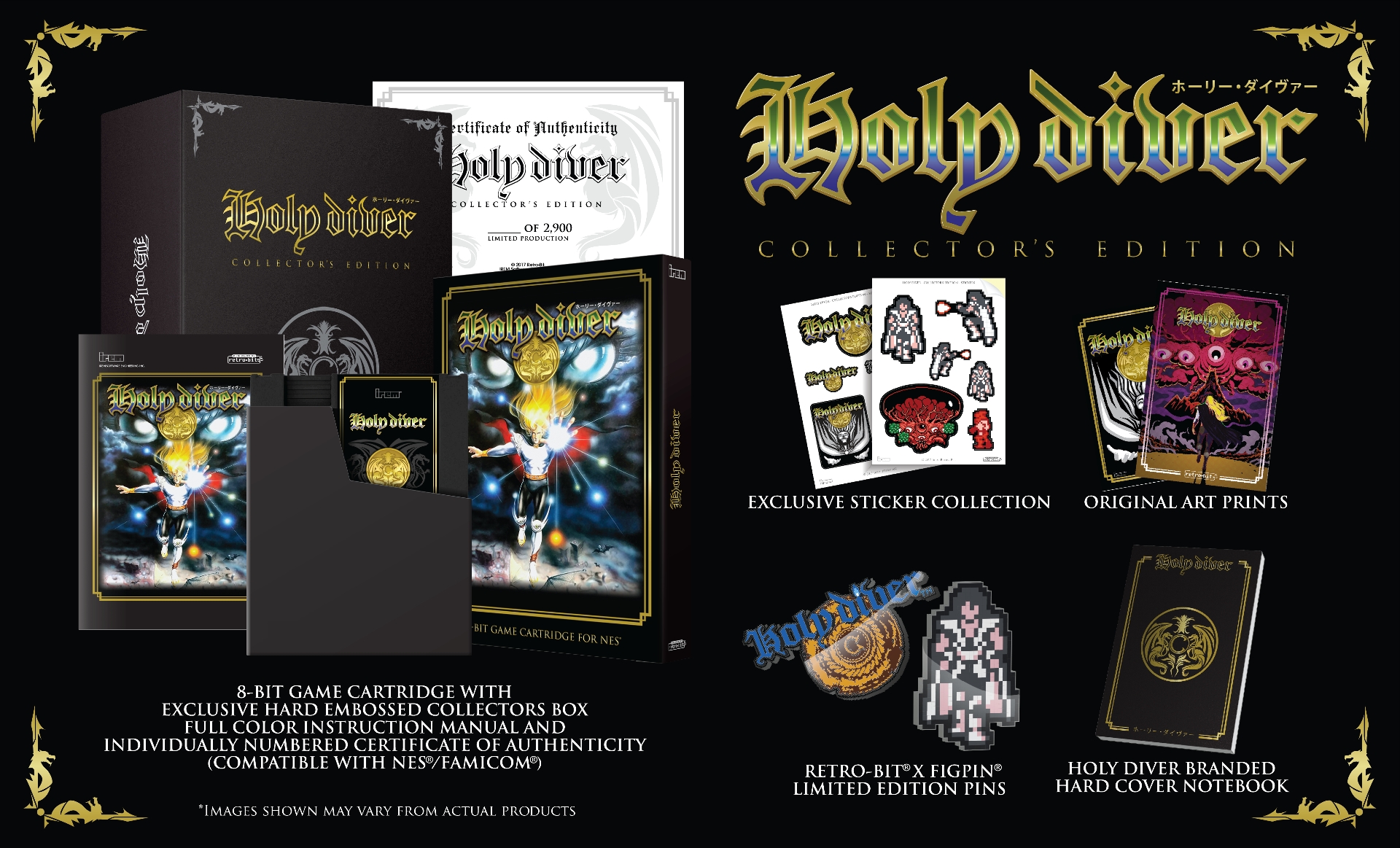