Not too long ago Hardcore Gamer reviewed several collections of games for the SNES and NES that were put out by Retro-Bit. These collections included games like Joe & Mac, Rival Turf and Bad Dudes just to name a few, so we’re talking about games that were moderately popular but not universal mainstays on top ten lists. These collections actually being on cartridges for the original systems is a nice novelty, but what really makes these intriguing is they focused on the less-popular games without going into completely obscure territory. It would be great to see more collections get released by Retro-Bit, so in the off chance someone with pull at the company is reading this site, here are some suggestions. Right now we’re just looking at the SNES, but there are some ideas for Sega Genesis and NES that may show up later.

The Sword and Sorcery Collection – Legend, Knights of the Round, The King of Dragons and Magic Sword.

This collection brings together four classic games set in medieval fantasy settings where three of them follow the beat ’em up style of Final Fight, but are different enough to say there is some variety. Knights of the Round is inspired by the legend of King of Arthur, while The King of Dragons seems like a precursor to the two Dungeons and Dragons Capcom arcade titles, albeit one that is heavily influenced, but not officially licensed, as a D&D title. Legend is the lone title that didn’t come from Capcom, but flew under most people’s radar during its initial release and would be enjoyable to fans of the other two. Magic Sword is a 2D title that doesn’t fit in with the gameplay of the others that well, but because of the setting can stay as a bonus game. 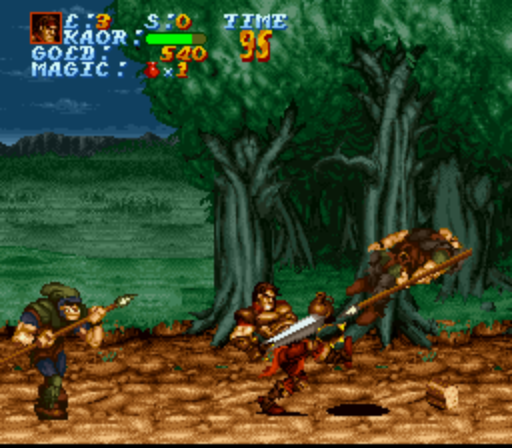 (Editor’s note: We’re getting half of this collection this month, which is probably why you shouldn’t wait over six months to finish an article after you start) There were good spaceship shooters on the SNES. The R-Type games and Gradius are well known and both feature a ship that can amass great power through collecting various items only to have them stripped away from one unlucky hit. They also have impressive boss monsters and interesting levels to navigate through. Darius Twin is less famous than the other titles, but that doesn’t make it any less of a worthy inclusion in this collection. The space dogfighting action was on par with the other titles, but for whatever reason Troy McClure must have been head of the enemy forces because the enemy ships all resemble robot fish. Weirdness aside, this was a fun game and should be experienced by all fans of the genre. 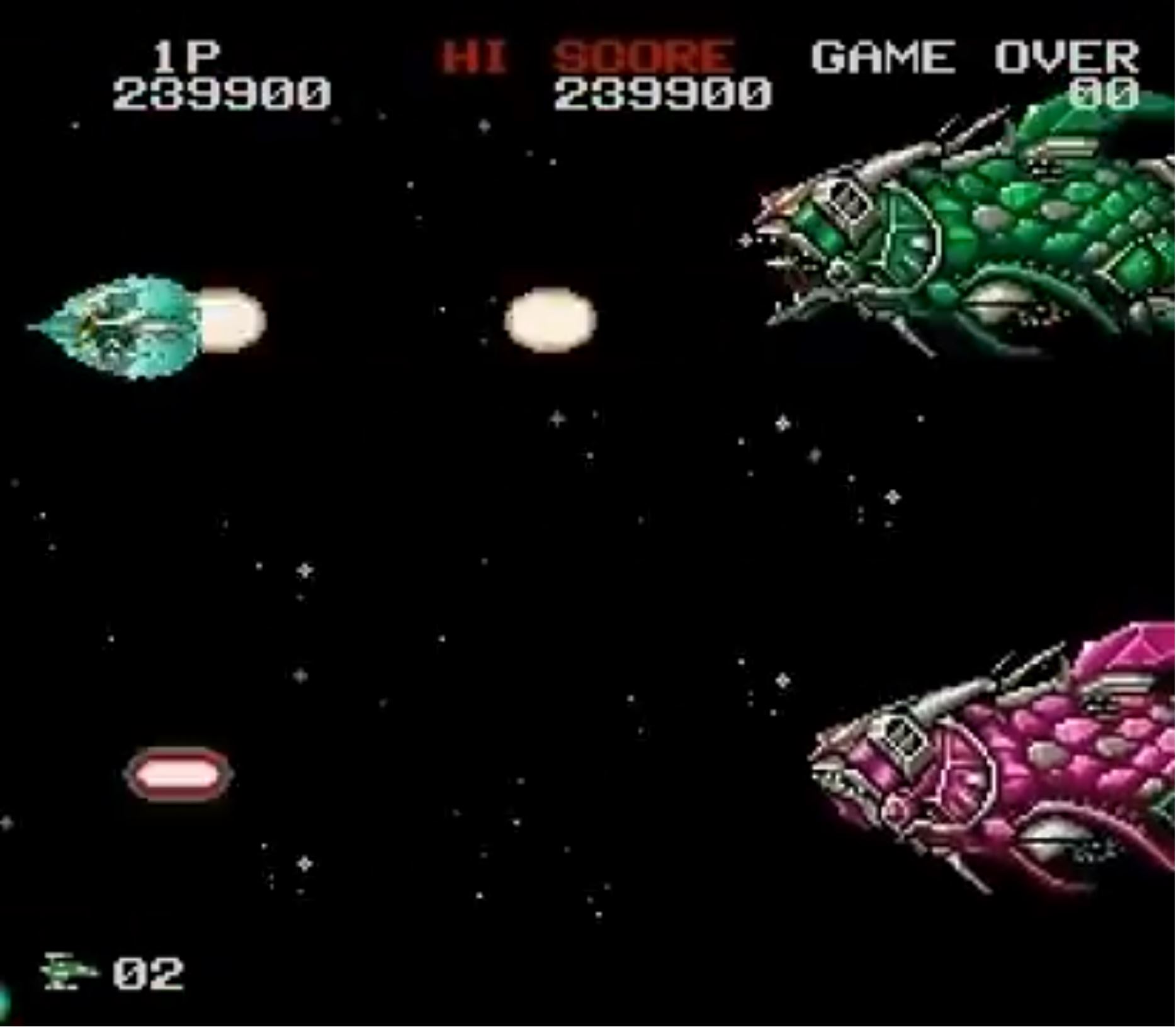 The WTF Collection – Plok, Parodius, EVO: The Search For Eden and Smartball.

These are games that are just weird. Plok is a side scroller where players control the titular Plok who simply wants his stolen flag back. He appears to be made out of dirty laundry and progresses through the game by throwing his limbs at enemies or using them to activate faraway switches. Parodius is similar to Gradius as far as gameplay is concerned, but instead being in deep space where hostile alien monsters are the threat it seems to take place in a version of a Las Vegas casino gone horribly wrong. EVO: The Search for Eden is a game where the premise is loosely based on evolution. EVO takes place across several distinct eras across millions of years where the player will gain points to level up certain body parts. The player will begin the game in the most humble origin as a fish and eventually turn into some odd gargoyle like creature or a dog fit for Zuul. Smartball is the story of Prince Jerry, who is turned into a blue blob that looks similar to the famous slimes of Dragon Quest. Jerry oozes through the game, fighting enemies by manipulating his gooey shape with the hope of eventually breaking the curse and returning to a human form. None of these games make any sense together, but they’re all kind of oddball games that fit in that sense. 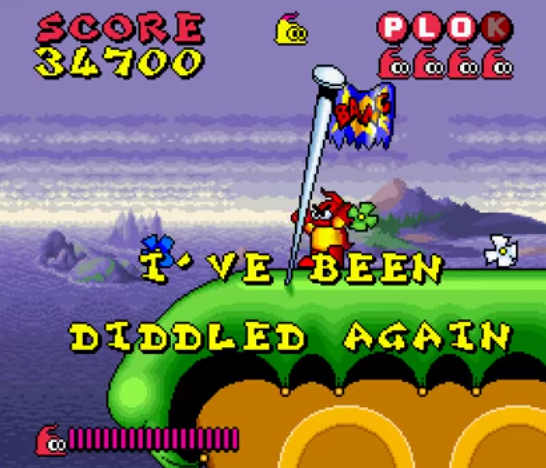 It might not seem like it, but these four titles are all connected to each other. Actraiser was released right around the time of the SNES and the gameplay was divided into a civilization management sim and medieval fantasy action where players were basically a god, though due to Nintendo of American’s censorship policies the character was referred to as Master. Depending on the segment of the game, the player controlled an angel that was doing the Master’s bidding or a statue of a warrior the Master possessed. Actraiser 2 is the sequel and only kept the action style gameplay. It’s generally regarded as being inferior to the original, but worthy enough of attention. Soul Blazer was advertised as a spiritual successor to Actraiser, and while it was developed by Quintet, published by Enix and has the player controlling a servant of the Master, the gameplay is more in line with The Legend of Zelda than Actraiser, which isn’t exactly a bad comparison, just a little strange if you were looking for more Actraiser. Illusion of Gaia has direct links to Soul Blazer, so having these four titles together would be a convenient way for players to learn about the Master across a few different styles of games. 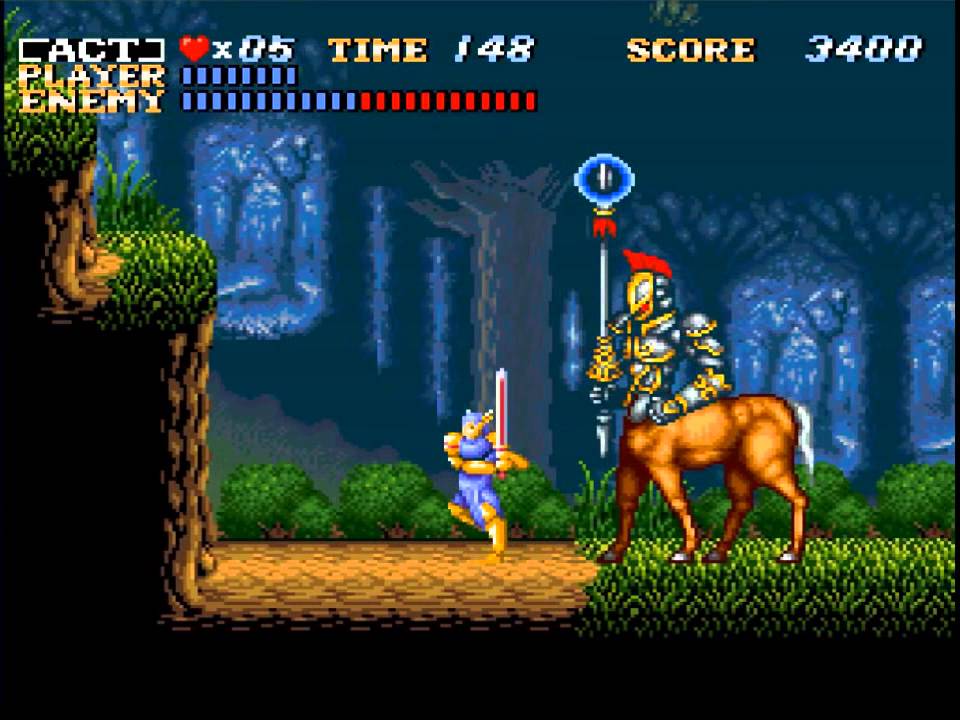 A DC Comics and Marvel Comics crossover is unlikely to happen in the cinematic universe anytime soon, but this would be a fun collection to have. Batman Returns is based on the 1992 Tim Burton film and plays like an old school beat ’em up, so basically fun but in a mindless and repetitive way. Spider-Man and the X-Men in Arcade’s Revenge is an unnecessarily long title for a rather mediocre action platformer. This title has the player controlling Spider-Man and certain members of the X-Men and they survive Arcade’s Murderworld. Each character is trapped in different parts of Murderworld so they are tied to their unique areas with their own challenges. X-Men: Mutant Apocalypse was a 2D beat ’em that incorporated Street Fighter II style control inputs for special attacks, which seemed like a blatant attempt to shoehorn in a shoryuken to Wolverine. The graphics in X-Men: Mutant Apocalypse were impressive for the time and this is the most fun game out of the three in this collection. Just don’t expect to be successful with Beast since as cool as the character might be, sloth would be a more appropriate name based on his performance in the game. 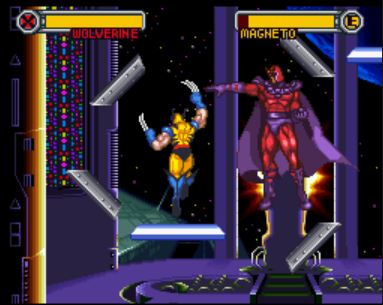 The Not Final Fantasy RPG Collection – Chrono Trigger, Secret of Mana, and The Secret of Evermore.

These are the RPGs that weren’t necessarily household names, but decent games put out by Squaresoft, and merely calling them decent is a gross understatement. Chrono Trigger is a timeless classic, simply one of the greatest games ever made and should be experienced by all JRPG fans. Secret of Mana was an odd but enjoyable game, and even though we recently got a remake that is worth playing, a lot of the charm of the original was lost in the update. Secret of Evermore was a good action RPG that was kind of overshadowed by coming out just a couple months after Chrono Trigger. Final Fantasy is pretty much the biggest name in JRPGs, but this collection would show that the 16-bit era had other worthwhile JRPGs. 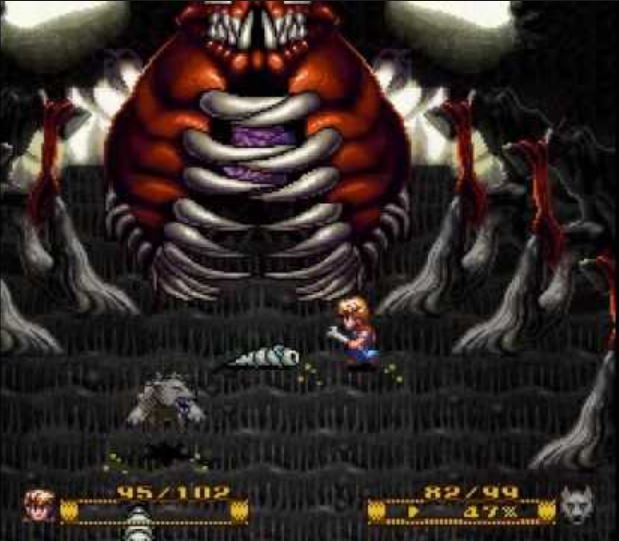 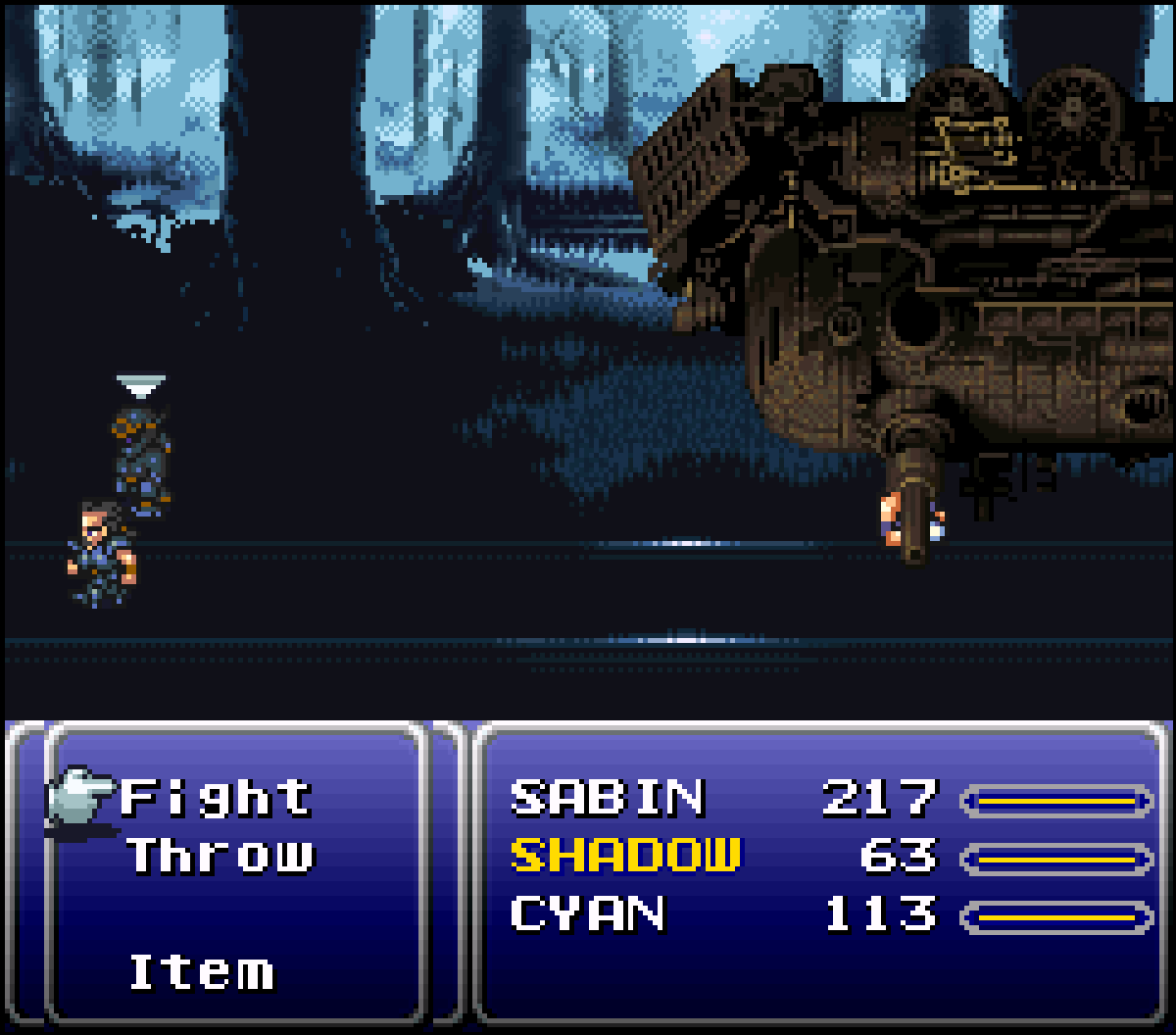 As part of Bethesda’s apparent goal of releasing Skyrim on every system, it’s about time they port it over to the SNES. The game with the scope of Skyrim will be difficult to fit into an SNES cart, but there is hope that a 16-bit LD demaster will do the trick. The box will say it includes Oblivion and Morrowind to make it an actual collection, but those title’s won’t be available on the main menu but rumor has it debug mode can be accessed by entering up up down down left right left right B A select start at the title screen, which allows players to hack into the game’s code and find The Elder Scrolls III and IV. Actually, now that I think about this is probably a bad idea to port Skyrim to the SNES. Let’s ignore this one and hope some of collections mentioned above see the light of day. 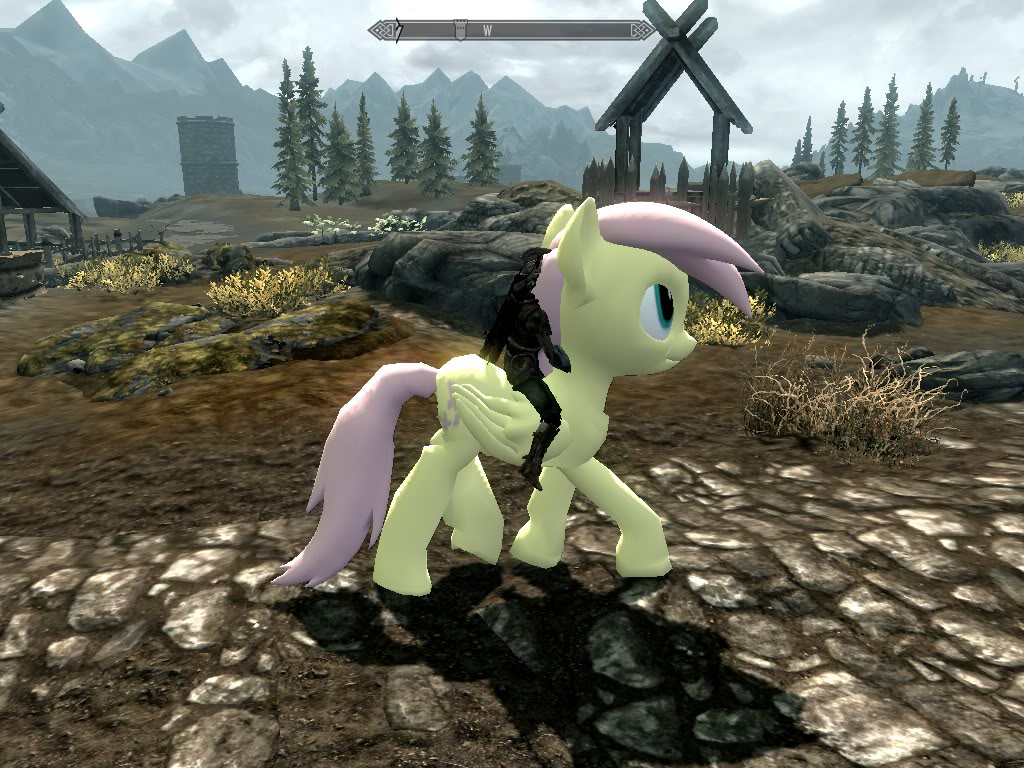