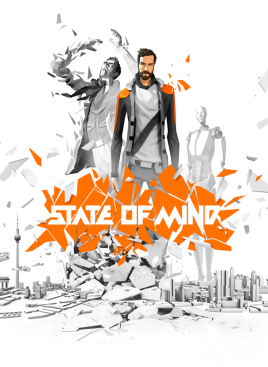 Humanity’s fascination with scientific research and technological advancements has left many people to daydream about an all-important what-if question: will humans be able to evolve beyond their current limitations? There isn’t a simple answer for it — and there might never be one — but it’s why a theory like transhumanism has been a reoccurring theme throughout popular culture. After all, it’s not only about how far the boundaries can be pushed both physically and mentally, but also the ethical problems that can emerge from making such decisions. From here, developer Daedalic Entertainment enters the conversation with State of Mind. The science fiction thriller doesn’t hold definitive answers — nor does it suggest that at any point — but it does present transhumanism as more than a belief: Daedalic creates a divided world that is relishing, admiring and suffering from one man’s vision and achievement with tech.

State of Mind is all about its focus on plot and character development, establishing itself as a linear story with a structured beginning, middle and ending. Of course, it does sacrifice replay value for a second or third time, though it’s not in vain as Daedalic maintains the essence of creating an engaging, memorable story-driven experience in the initial playthrough. Players take on the role of two main characters in the story. Journalist and tech critic Richard Nolan is living in a dystopia version of Berlin in the year 2048, while Adam Newman resides in the utopia world of City 5. Nolan’s life continues to spiral out of control after he emerges from a car accident, suffering memory loss and discovering that his wife and son are missing. State of Mind’s two timelines are equally balanced for the time spent in both worlds and how plot points are intertwined with one another. It’s only reinforced with four playable supporting characters, each of which is seamlessly worked in and out of the experience at the precise moments needed to progress the story forward.

Daedalic’s powerful storytelling is built on the foundation of transhumanism and then supported by the other themes integrated into the backdrop of the narrative. State of Mind isn’t here to explore another clichéd narrative about advanced beings that rebel against their makers in typical revolutionary circumstances, but rather questioning how far tech can be pushed to the point where its meaning becomes transparent. It has excellent commentary on those opposing the advancements, bringing forward the so-called Luddite terrorist organization Breakpoint. It is fittingly poetic, too, especially as these collective hackers are taking a stand against technology with the most powerful weapon at their disposal: their skills with using tech. The best part about most of these themes is that they make specific plot points more topical. During a time where Tesla CEO Elon Musk is hoping for humanity to colonize Mars, State of Mind turns a dream into an important piece of commentary within the storytelling experience. 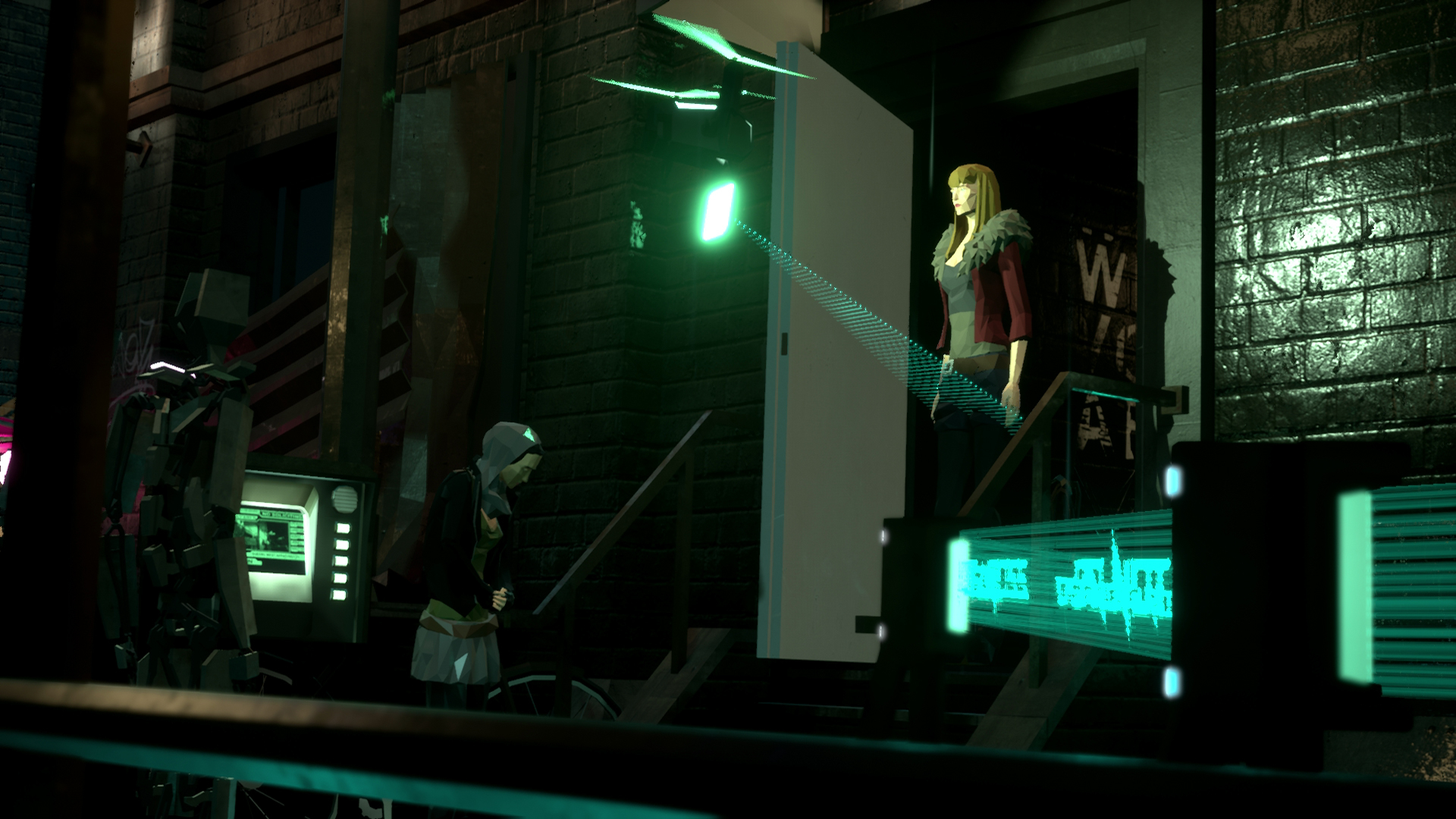 Over the course of State of Mind’s fifteen-plus hours, Daedalic’s exceptional writing is bolstered by top-quality voice-acting performances. The studio hasn’t overpopulated its universe with unnecessary characters either. Instead, it has carefully crafted each character and provided them with the same essential attribute: purpose. It’s where transhumanism manifests to considerable success in antagonist Dr. Raymond Kurtz, who is spearheading the technological revolution. His mystique is personified by how much on-screen time he has — not a lot — and how his ulterior motive remains hidden. That’s not to mention that his appearance is the spitting image of Apple co-founder Steve Jobs. It’s not Daedalic taking a swipe at Apple or Jobs personally, but more for creating a character that embodied the look of a man who helped to radically transform technology in a way that still impacts society to this date. In fact, it’s something that State of Mind creative lead Martin Ganteföhr hasn’t been shy to speak his mind on, saying that the future slowly becomes a place of paradox and that the “masters of the paradigm shifts are the inventors and entrepreneurs of Silicon Valley.”

Gameplay, much like the story, is linear and focused on interactivity. State of Mind features excellent puzzles and reconstruction segments to trigger flashbacks, though the novelty factor does begin to emerge as the story continues to move forward. In some cases, the running animation can make turning far too rigid due to the controller sensitivity having only one setting. It could have benefited from the ability to do a 180-degree camera turn à la Resident Evil 4. There are few instances where the choice system has much meaning to the whole experience. Most of the choices that players will make are an illusion of choice: the outcome will always be the same. Sure, it adds an interactive element to conversations, but it’s not necessary when it doesn’t achieve much. While the title doesn’t overcomplicate the experience and relishes in its simplicity, it does fail to take that logic and apply it to some overlooked and much-needed features. Lack of objective markers or even a hint function can leave the most experienced players lost when the story’s next objective isn’t as clear as the developer intended it to be. 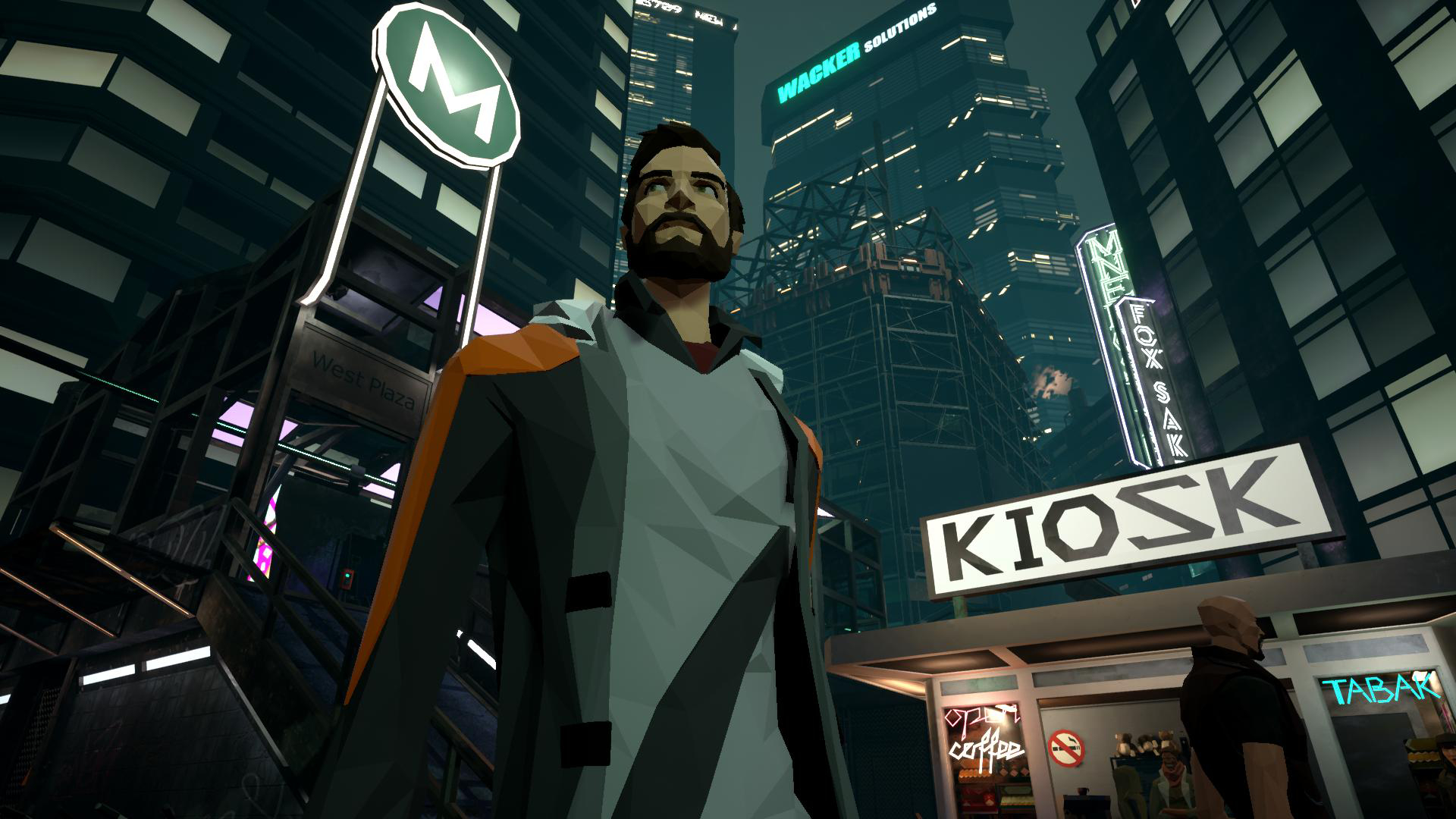 Despite the experience being condensed to certain locations, there is still a bit of freedom to roam around during different objectives. It does become slightly repetitive when the same prompts and conversations happen as players revisit an area, though. Considering its emphasis on interactive storytelling, State of Mind heavily relies on features like fetch quests and puzzles that are most commonly used in episodic titles. It does fail to take advantage of a similar chapter structure, though, especially as it’s not clear when one ends and the other begins. Players will no doubt find it inconvenient, mainly for how it doesn’t allow them to track their progress in the story. While it didn’t need to become an episodic title — yet it could have easily been one — State of Mind lacks those important story markers needed at the beginning of each chapter. In fact, it’s even more frustrating if players want to revisit a certain part of the story, requiring them to load up a previous save rather than having full access to individual chapters in the main menu screen.

The atmosphere for State of Mind’s story is effortlessly established through its soundtrack, with its musical score producing some powerful moments during cutscenes. It enhances the best moments of the story, especially as Daedalic achieves the right balance with how much the music is actually used. The low-poly retro-style visuals are not only unique, but the art direction also captures the futuristic sci-fi story being told with a brilliant aesthetic for players to admire. That does not take away from the different problems that players will encounter throughout the title, though. It doesn’t make sense, for example, that players will be able to walk over broken glass and hear the sound effects, yet the title’s physics will not break up the pieces more that they are stepped on. It might sound like nitpicking, but it’s the same criticism that would be directed to any other title released in today’s market. 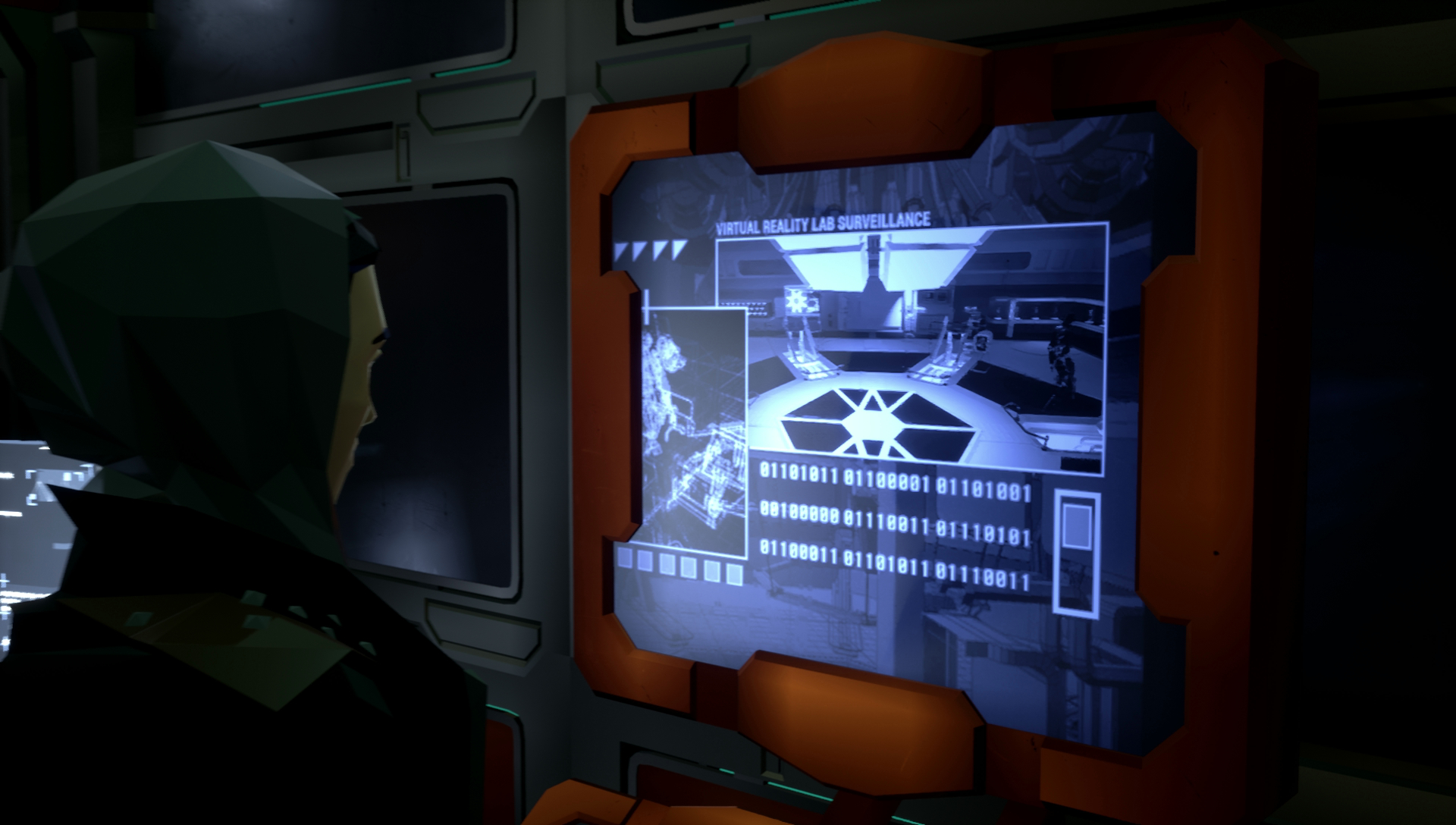 Daedalic’s fixation with transhumanism takes State of Mind and puts it in a similar bracket as many of its counterparts that have created an advanced tech-infused world. Its storytelling features elements found in stories like Deus Ex and Blade Runner, yet the studio doesn’t feel the need to imitate them or use them as a template for the title’s narrative. Players are instead transported to a world where a unique, riveting story awaits them, with twists lurking around different corners and insightful commentary on a whole variety of topics. While the developer is able to achieve so much success with its story, it does fall short on the introduction of a core mechanic that stops the gameplay from becoming repetitive. But that’s not enough to stop players from reaching State of Mind’s climactic ending, though. What does the future hold for humanity? While the answers might be unclear in this world, State of Mind’s interpretation is one that will captivate players by the sights and sounds of City 5 and the hard-hitting reality for those wandering the streets of Berlin.