Flowers -Le volume sur ete- is the second game in the Flowers series, of four, with an official English release. Amazingly, Flowers -Le volume sur printemps- launched two years ago at this point. Hopefully the following titles in this yuri visual novel series don’t take equally as long to release. In either case, publisher JAST USA continues their trend of offering a lovely physical edition for collectors. If you got the first one, then this new package should prove incredibly familiar. 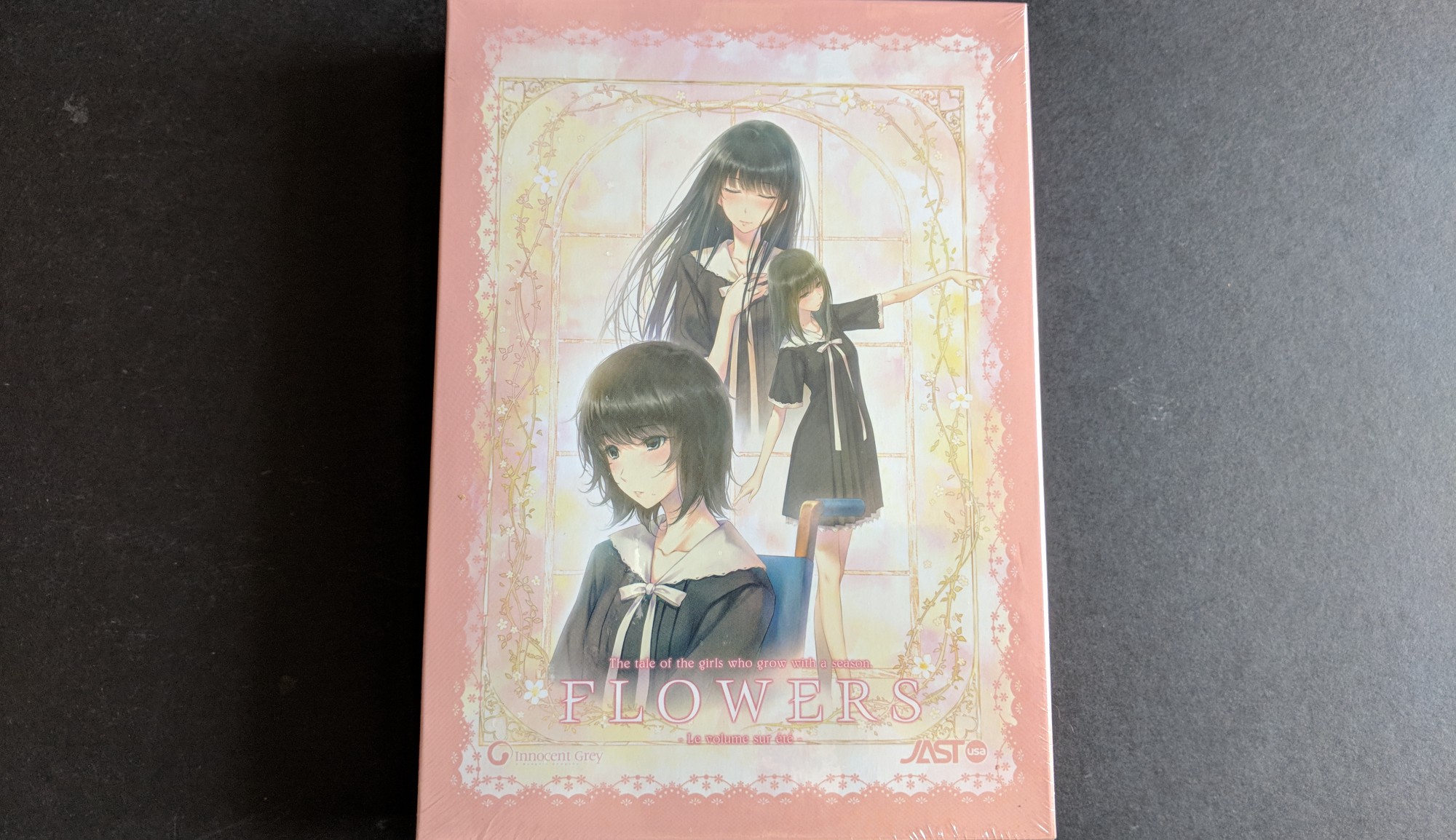 The outer box for Flowers -Le volume sur ete- comes in light pink with character artwork and a doily motif. This artwork is the same as you’ll find on the DVD game case housed within. It’s a simple cardboard box and the internal contents are the same as the previous physical edition. Instead of wrapping its bonus content in a cardboard sleeve, however, they come in a separate DVD case as well this time. So one case is for the game, and another case for art cards and acrylic character figures. This works just fine and may in fact be a better way to package the bonus contents.

There are three art cards and they’re about the size of a standard postcard. Each card is double sided. Typically art cards feature character or CG artwork. Some of these art cards, however, display backdrops from the game. This works decently for displaying behind the acrylic card. On its own, it’s a boring choice for artwork to put on a bonus item. At least the cards themselves feel sturdy and feature high quality printing. Now let’s move onto the acrylic figures which feature the two heroines of Flowers -Le volume sur ete-. 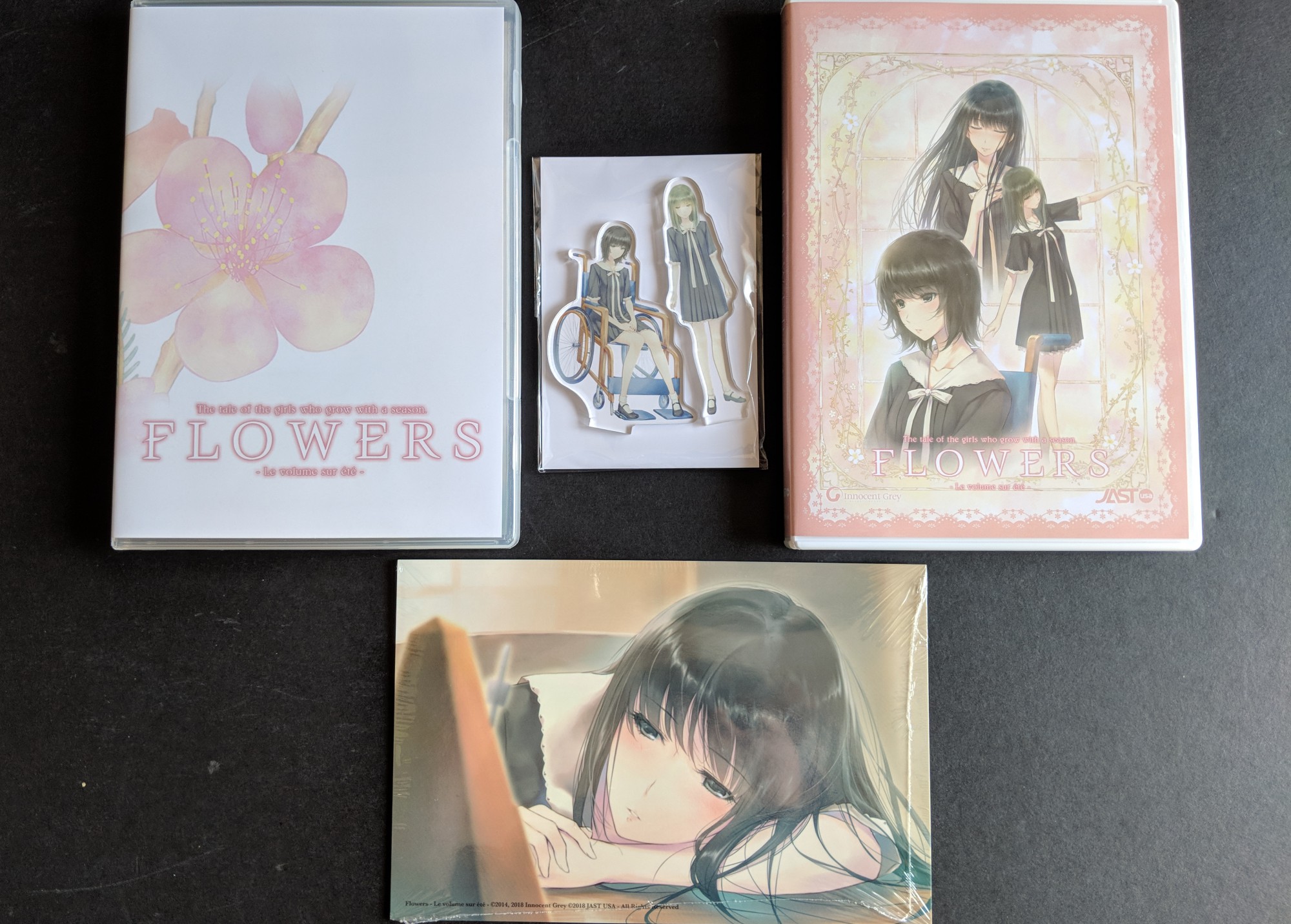 Acrylic character figures aren’t for everybody. Some enjoy them as high quality 2D artwork they can put on a desk. Others detest them and wish for 3D figures. Either way, it’s clear that acrylic figures are becoming the norm with JAST USA releases due to their lower production costs. Both figures are around 3.5” inches tall, which is honestly tiny. They fit tightly onto their stand, as well. One thing to note is that the acrylic is not double-sided. This is a little weird, since most acrylic figures allow for displaying either side without issue.

Inside the DVD box you’ll actually find more than just an install disc for the game. Also included are not one but two download codes for folks who don’t have a disc drive anymore. One code unlocks the game on Steam. The other code works with JAST USA’s digital storefront. Please note that there is no 18+ version of Flowers -Le volume sur ete- so both versions of the game should be identical. The main differentiation is simply that the JAST USA download (and physical disc) are DRM-free. 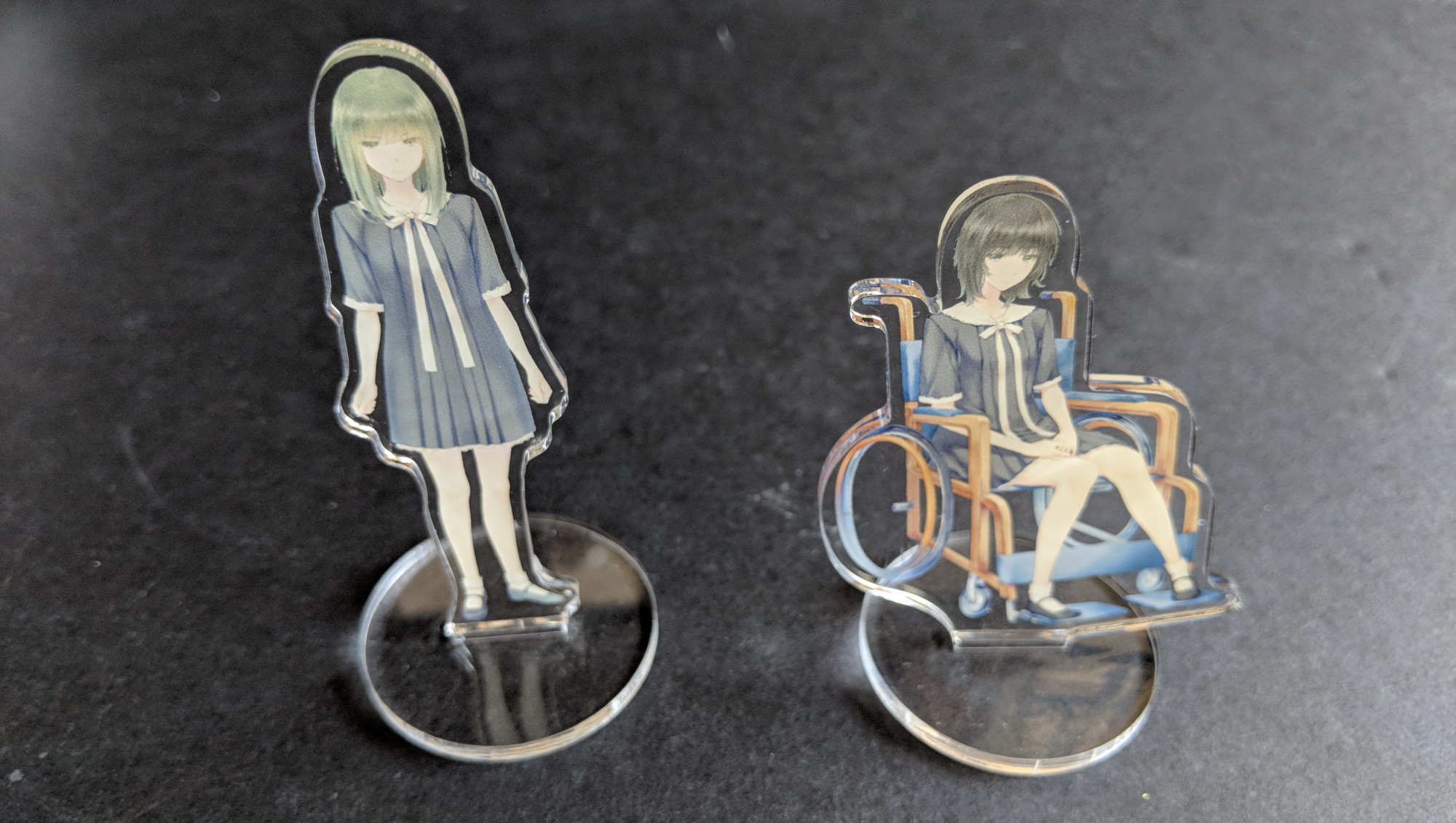 All in all, it’s a predictable physical edition. At this point it’s fair to expect that all future Flowers physical editions will offer a lot of the same stuff. Personally, it’d be nice to see them shake things up with a keychain or even artbook. Flowers -Le volume sur ete- is available digitally via Steam and JAST USA and on J-List if you’d rather get the boxed edition.