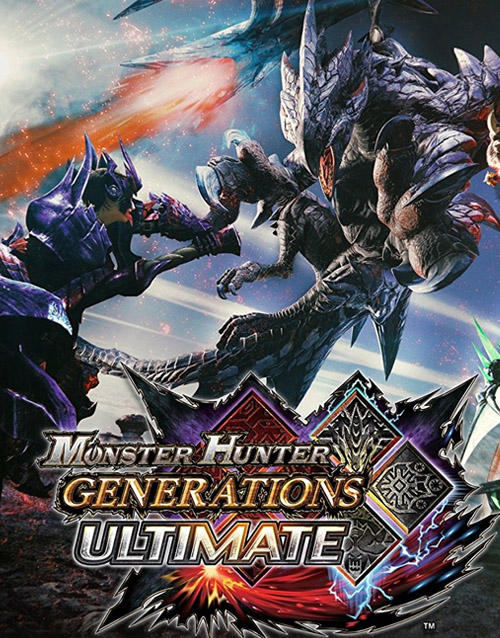 It was just a little under two years ago that Monster Hunter XX, or Double Cross, was revealed to Japanese audiences to immense support and excitement. Fans in the west also rejoiced as this was the follow up to the 3DS title Generations which led many to hope it would be available along side the Japanese release. The next year in 2017 Capcom revealed Monster Hunter: World and no word on Double Cross, so many thought it just wasn’t going to be. Imagine the surprise when Capcom and Nintendo did announce we would in fact be getting the release, now known as Generations Ultimate, in the same year as World. This marks the first time ever that players in the west have received a new Monster Hunter title on every gaming platform. With World already released and still doing great, just how well does Generations Ultimate stand up in the series as the latest entry to be released?

As with previous titles before it, Generations Ultimate begins with a new hunter settling down with a village in need. Bherna is plagued by large monsters and isn’t alone, as three other villages are in desperate need of a hunter to aid them. After hearing their pleas the hunter begins their task of taking down every large beast in their path, often with the help of Felyne companions. As far as story goes, Monster Hunter tends to play it simple on purpose in order to make it quick and easy to continue into the next fight. Unlike previous entries, there aren’t many cutscenes besides brief monster introductions when fighting one for the first time. Outside of Bhrena, the various villages the player encounters are all from previous entries in the series, making it a wonderful callback to long-time fans. Many NPCs throughout the series appear in need of help and taking on their quests is the best way to dive in.

Generations Ultimate will begin one of two ways; with an entirely new character or transferring from the 3DS title. Starting a new character will take players through the opening tutorial and getting them acquainted. Those who played on the 3DS, however, can for the first time ever in the west transfer their character to the Switch version. The transfer includes all items, weapons and armor along with quest progression. This is a quick and easy transfer, allowing one opportunity to completely change their starting character from name to appearance before they dive back in. Customization is the same for new or returning characters and on the mostly simple side, but detailed enough to still make a unique character. 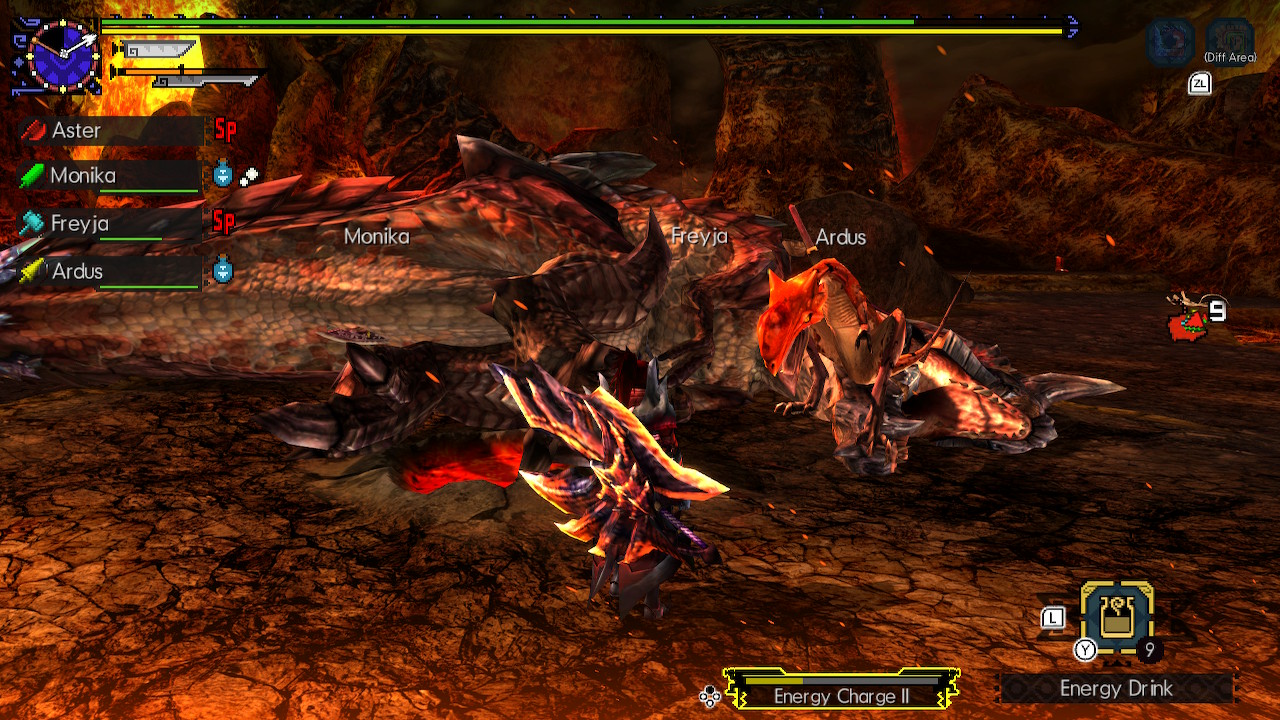 The main gameplay usually starts solo, as the beginning single-player will run through all the basics from monsters to felynes. Once a weapon has been chosen, characters quickly dive into taking on quests. These can be a variety of tasks but the main one is, of course, monster hunting. Early on many of the tasks are much simpler, teaching about gathering items and how they can be used to create potions or other useful gear. While the beginning can feel a bit slow, it’s a good way for newcomers to familiarize themselves with the areas they’ll soon be chasing down monsters in. Once into the meaty fights, players progress through segmented maps in order to find their target while doing their best to take them down with their chosen weapon. After defeating the large monsters, players can begin to craft new weapons and armor in order to improved their likelihood of staying alive in the next fight.

Unlike previous titles, Generations introduced a brand new way to approach every fight. Instead of just fighting the same old way with every weapon, Styles and Arts were added to mix things up. Arts are special abilities that can be equipped and charged every time an enemy is hit, many of which are exclusive to certain weapon types while Styles are actual forms of combat. Generations added a total of four styles being Guild, Aerial, Striker and Adept. Ultimate adds two more, being named Valor and Alchemy, for a total of six ways to hunt monsters. Guild is the most traditional and familiar, with all normal moves in tact and no particularly unique aspect. Aerial allows hunters to bound off of objects and enemies for strong air-bound attacks. Striker emphasizes the hunter arts to pull off flashy and powerful moves or buffs. Adept requires precision evasion through enemy attacks to pull off powerful attacks. The new Valor style allows players to dish out special attacks during their sheathing animation to fill their gauge in order to enter Valor mode for extra strength and speed. Finally Alchemy is a support style which allows a barrel to be shaken in order to give buffs, items and more. Each one creates a unique hunting style, and paired together with the hunter arts which act as attacks or buffs themselves, makes for a huge variety of unique ways to approach combat. 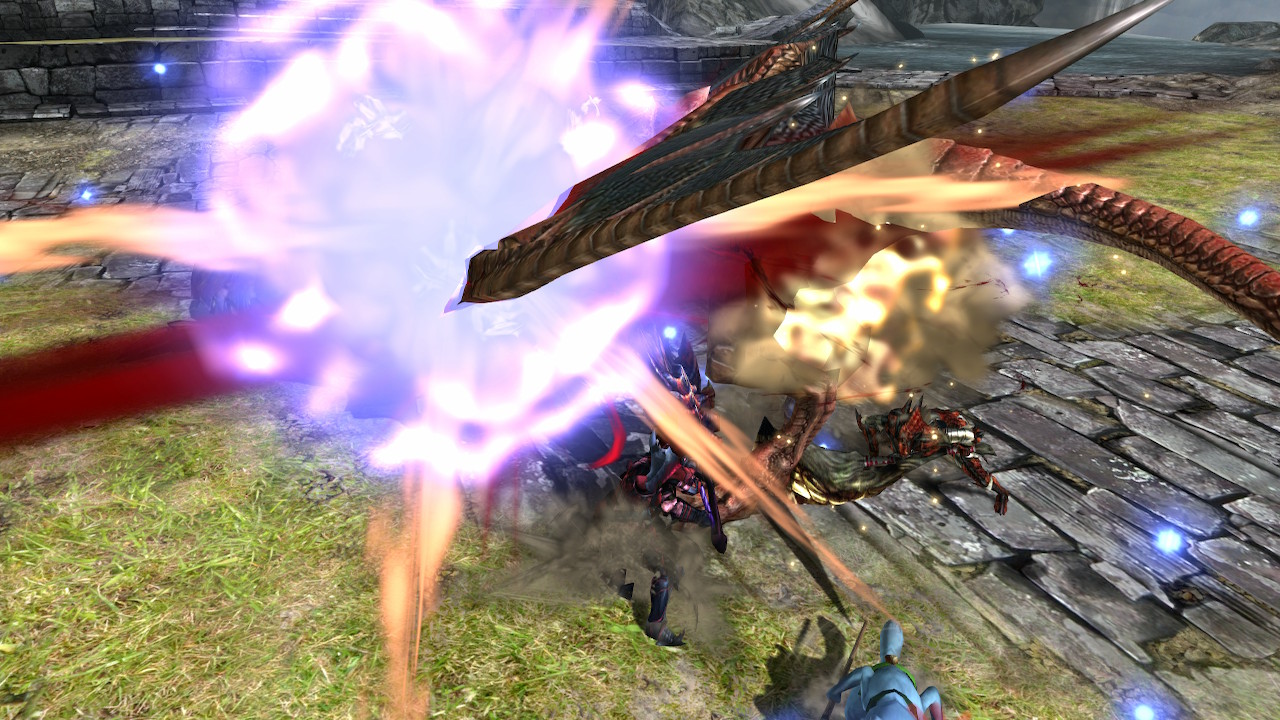 The meat of almost all Monster Hunter titles comes from the multiplayer, which can be dived into immediately after starting. This is where each player receives their hunter rank which starts at the very bottom (one). In the Hub up to four hunters can take on quests together and slowly raise their ranks as they progress. These quests end up being some of the most challenging, but also offer greater rewards for completion. Some of the online quests are also from the single-player villages which often reward special armor or food bonuses. The online hub is also where the arena is located, which allows players to take on monsters using already selected armor and weapon sets. The last challenge in the online areas is the special permits which are unlocked throughout quest completion. Special permits allow hunters to fight deviant monsters, which are familiar yet much stronger versions of other monsters. They are often the most challenging and a few new ones were added in Ultimate to up the ante.

Monster Hunter has no trouble filling each entry with content to the brim, but Generations Ultimate truly takes the cake in terms of overall meaty gameplay. The biggest new addition is G-rank, the hardest difficulty available. This third level of difficulty adds an entirely new area where these quests can be taken, along side new high rank missions for the single-player campaign. The single-player story continues where it left off from low rank with the appearance of a new Elder Dragon by the name of Valstrax. Meanwhile G-rank has players encountering a flying fleet of ships who are off to uncover new monsters causing issues around the world. G-rank is where things truly heat up and is a welcome inclusion that adds all new armor and even weapon upgrades to be unlocked. 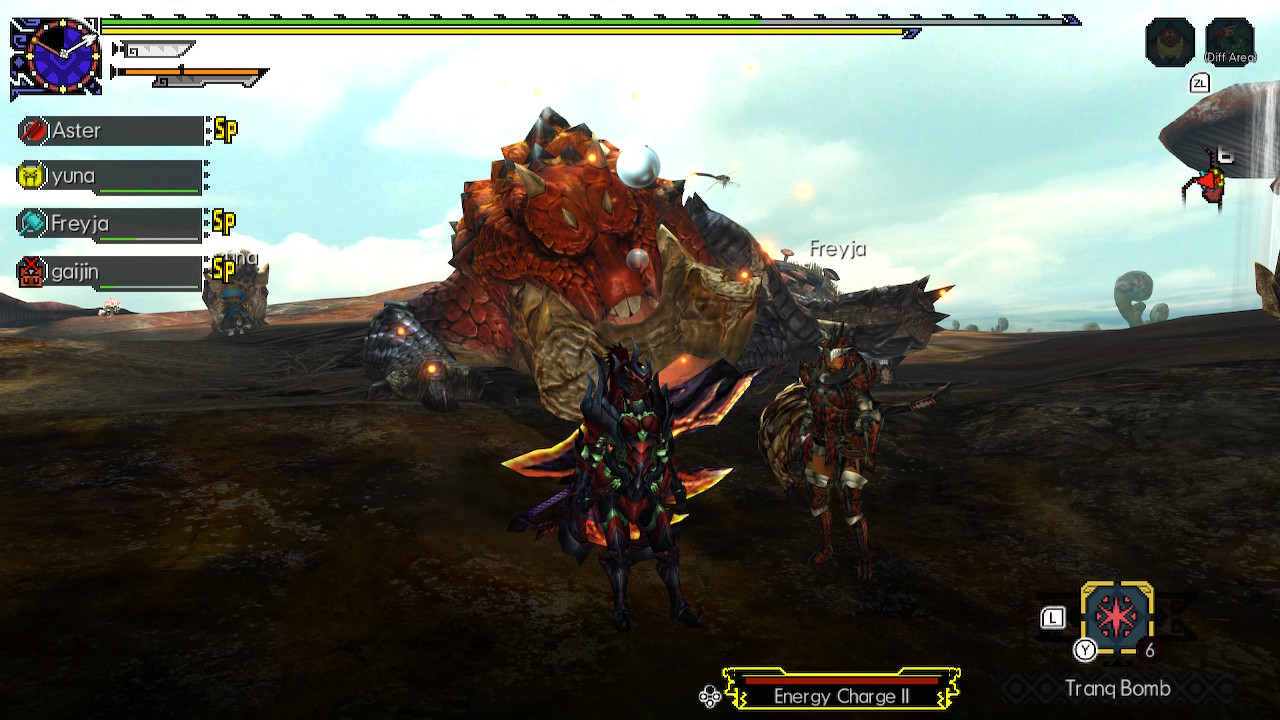 Outside of difficulty, Ultimate offers a whole slew of monsters to fight both new and returning. The total number of large monsters is over ninety and the highest any Monster Hunter title has ever offered. There are brand new areas to explore as well, making no two fights exactly the same as new terrain creates for brand new fighting environments. The amount of weapons and armor to craft is near mind-boggling, but makes for an amazing variety with endless options for combat especially when each one truly looks unique and makes a hunter want to collect everything they can. Despite all the content, it never feels overwhelming, as it’s easy to focus on one area at a time and work up towards that goal before moving onto the next task.

As Generations was originally a 3DS title with the sequel in Japan being available on both it and Switch, the graphics don’t take entire advantage of the hardware with brand new models or anything like that. Regardless, the visuals are quite the upgrade with improved textures and of course fully in HD. It still looks impressive, even more so with the fact that it runs at a consistent framerate whether docked or if handheld mode. Music in Monster Hunter has always been stand out and catchy from its intense large boss themes to simple village tunes and Generations Ultimate is no different. Load times on the Switch are also impressive and a great improvement from the 3DS that makes fights feel a lot more natural when running around. 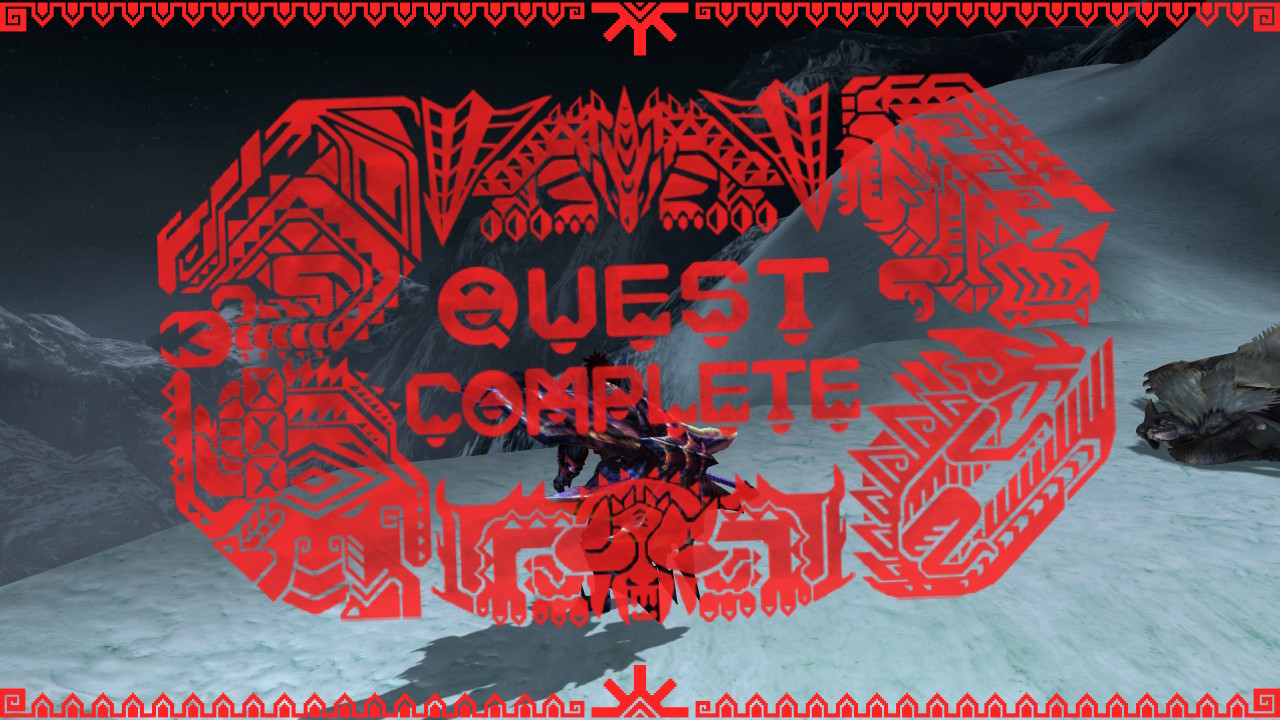 Monster Hunter Generations Ultimate is simply one of the best entries the series has to offer. It opens up a slew of content without feeling overwhelming and gameplay is more varied than ever with tons to do every single step of the way. While it may not be as immediately welcoming to newcomers as Monster Hunter: World, it has that classic feel that makes diving in and learning everything all the more satisfying. Those wanting the largest Monster Hunter experience to date need look no further than here. Hopefully the series continues to find itself on Nintendo platforms, as Monster Hunter Generations Ultimate is pure enjoyable action.