Part of why perfect scores are given so rarely is that no game is ever perfect. There’s been few games throughout the years that Hardcore Gamer has awarded a 5/5, and while these rare gems exemplify what their respective genres are capable of and are excellent, must-play titles could benefit from the ever slightest tweaking, even though their high quality leaves no room for complaints. Divinity: Original Sin II was one such game to reach this lofty benchmark and with a Metacritic score of 93 we aren’t the only outlet that enjoyed this title.  As good as this might sound, Larian Studios wanted to improve the game and gave it a massive overhaul on PC before porting it to Xbox One and PlayStation 4 as Divinity: Original Sin II Definitive Edition.

Divinity: Original Sin II Definitive Edition is an improved version of the 2017 edition and quite a bit of information about that game can be found in our review. The Definitive Edition changes are available as a free update for current owners of the game PC. The changes don’t take away from the original’s greatness, but mainly attempt to further refine the experience. Out of the original fully-voiced script that contained over one million words there are approximately 100,000 new or newly-recorded words. The bulk of which was done toward the end of the game to improve the narrative but some alterations appear throughout all stages of the game. The dialogue trees and narrative aspects were among what made this title great and it’s impressive that Larian Studios went to such effort to revamp this feature.

Story Mode was added as a new difficulty option, which as the name implies allows players to focus on the narrative aspects of Divinity: Original Sin II. Combat is quite enjoyable in this title and on Classic Mode does offer a challenge, nothing insurmountable for people with CRPG experience, but some poor choices can result in defeat or dead characters rather quickly. Story Mode maintains the basic combat mechanics and allows for outside of the box approaches to combat, such as teleporting out of reach enemies into electrified water, but reduces the difficulty to the most forgiving level imaginable, making this mode ideal for people without CRPG experience or just want to take part in the role playing elements without concentrating on battle too much. 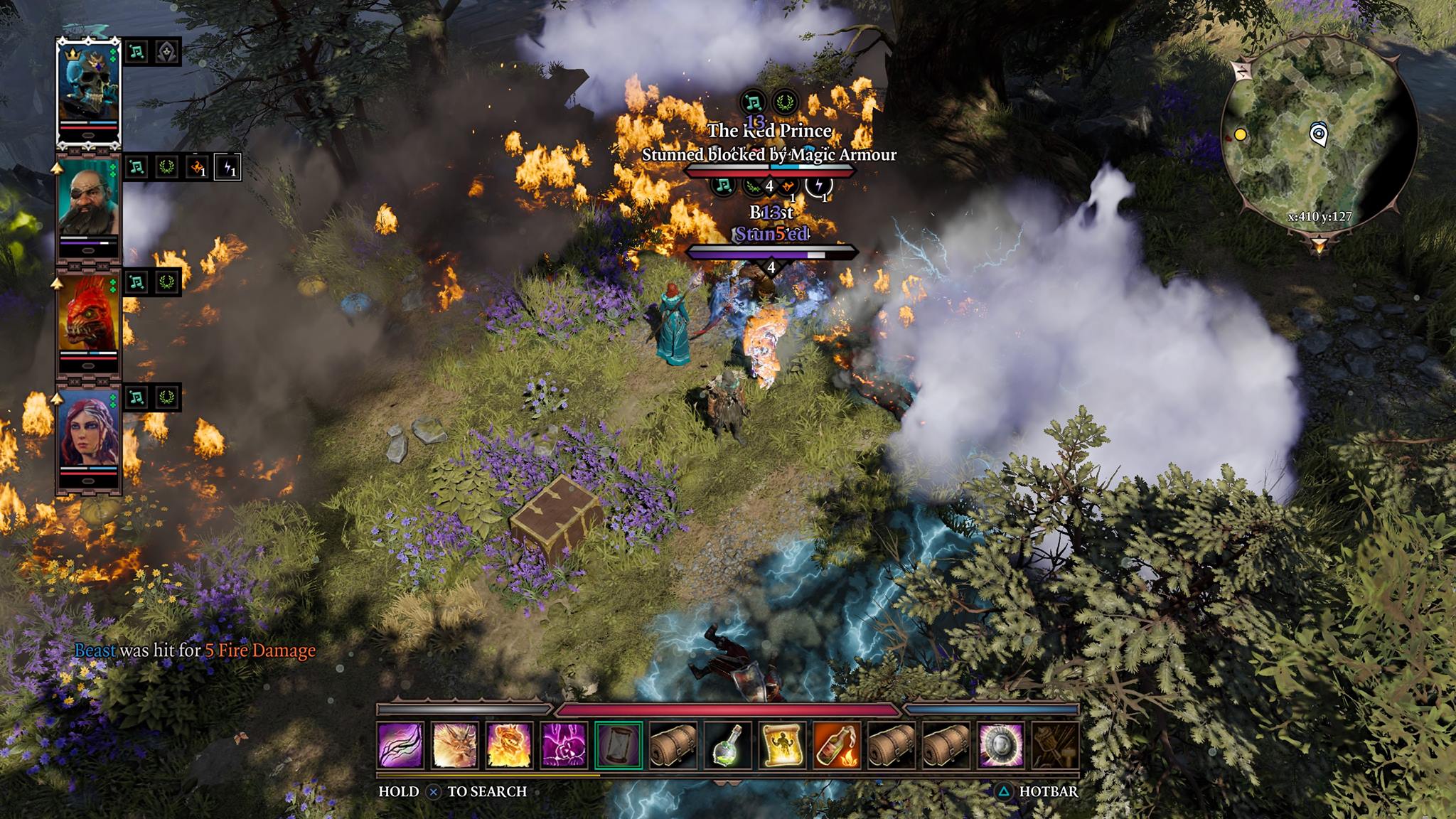 A few other changes were made to the overall quality of life within Divinity: Original Sin II. The inventory system has been reworked to make keeping track of inventory and equipment a bit easier. Divinity: Original Sin II was notorious for not holding the player’s hand or providing much guidance on how they should go about a specific quest but the reworked journal system makes it a bit more clear about how the player’s actions are influencing the world. Prior to launch it was announced that the Arena Mode was getting a massive overhaul, which included new rewards, maps and battle modes.

And now on to the most major change, Divinity: Original Sin II Definitive Edition is now playable on PlayStation 4 and Xbox One. Because some CRPGs like Pillars of Eternity and the original Divinity: Original Sin have made successful transitions to console, there wasn’t much doubt about this title making the grade, but the question comes down to should you play it on console or stick to PC? The question can be answered with a resounding “depends.” 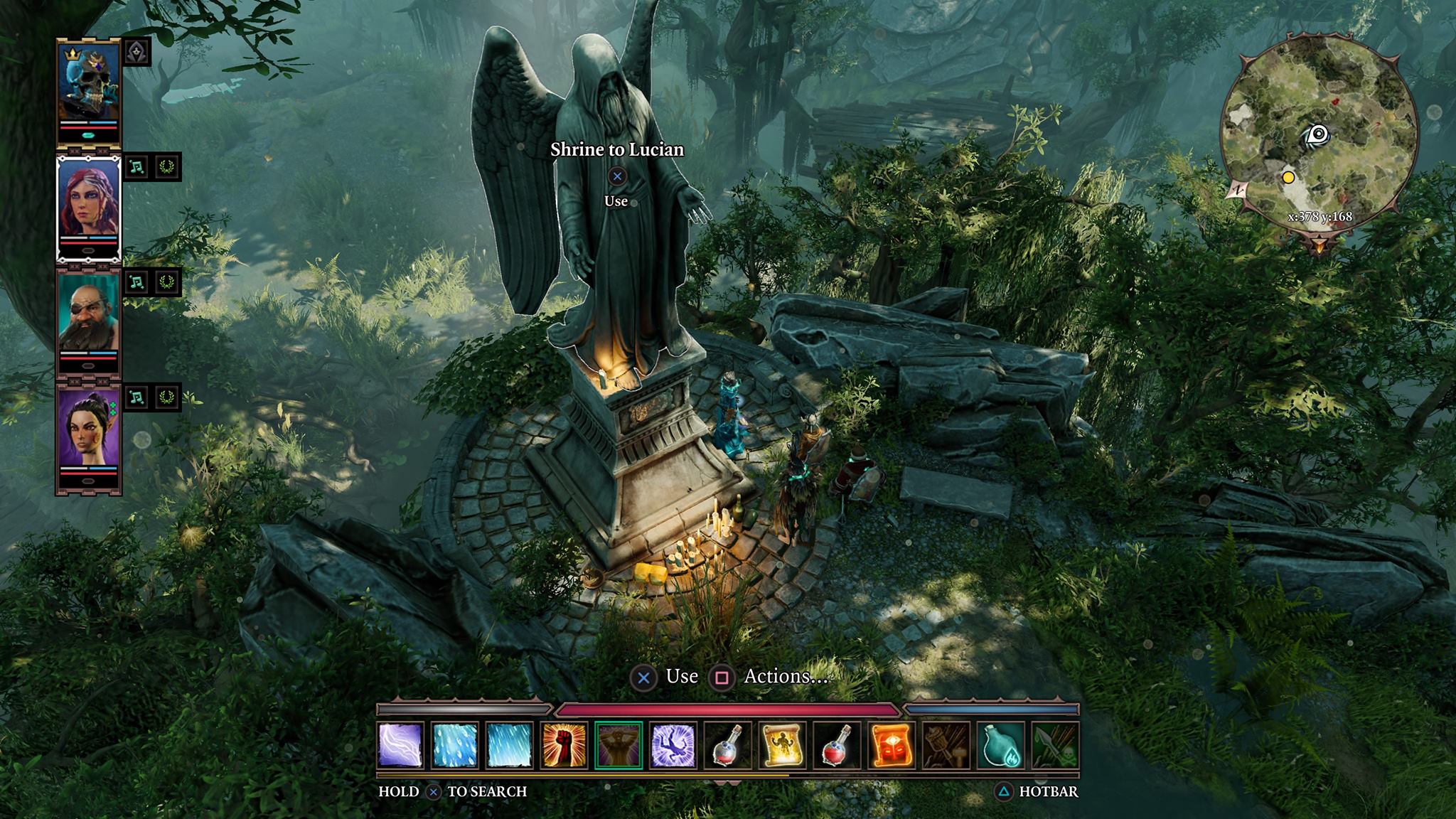 Divinity: Original Sin II was designed to be played with either a mouse and keyboard set up or controller, and while the controller did an adequate job on PC, the mouse and keyboard felt so much more accurate and natural. Playing this title on PlayStation 4 the verdict was similar. Using the radial menus to switch characters and get into their equipment or inventory works but sometimes feels like an overly cumbersome process, though to be fair that’s a rather minor gripe. The hotkey menu with all the equipped skills and items is easy to navigate but using the triangle button to activate it, the bumpers to select screens and the directional buttons to select a skill is not quite the streamlined process it is with a mouse and keyboard. The gamepad works well for the game, but the thumbsticks are not quite as precise as a mouse. Most of the time this isn’t an issue, but there may have been an instance where I was trying to talk to an NPC and because of her erratic movement I accidentally clicked on one of her plates which upset her and ultimately led to the slaughter of five NPCs. So much bloodshed could have been easily prevented with more precise input.

The small menu screens and text are perfect for computer monitors when you’re up close to a computer desk, but depending on TV size and distance can strain your eyes. This might be personal preference, but local co-op just feels more natural on the couch, so if I were planning to mostly play Divinity: Original Sin II with another person that could be reason enough to recommend one of the console versions over the PC. Local co-op does exist on the PC, so depending on one’s personal set up, that might not be as great of an advantage but the comfort level with console split screen co-0p could be reason enough to purchase this title on console even if its already part of your PC library. 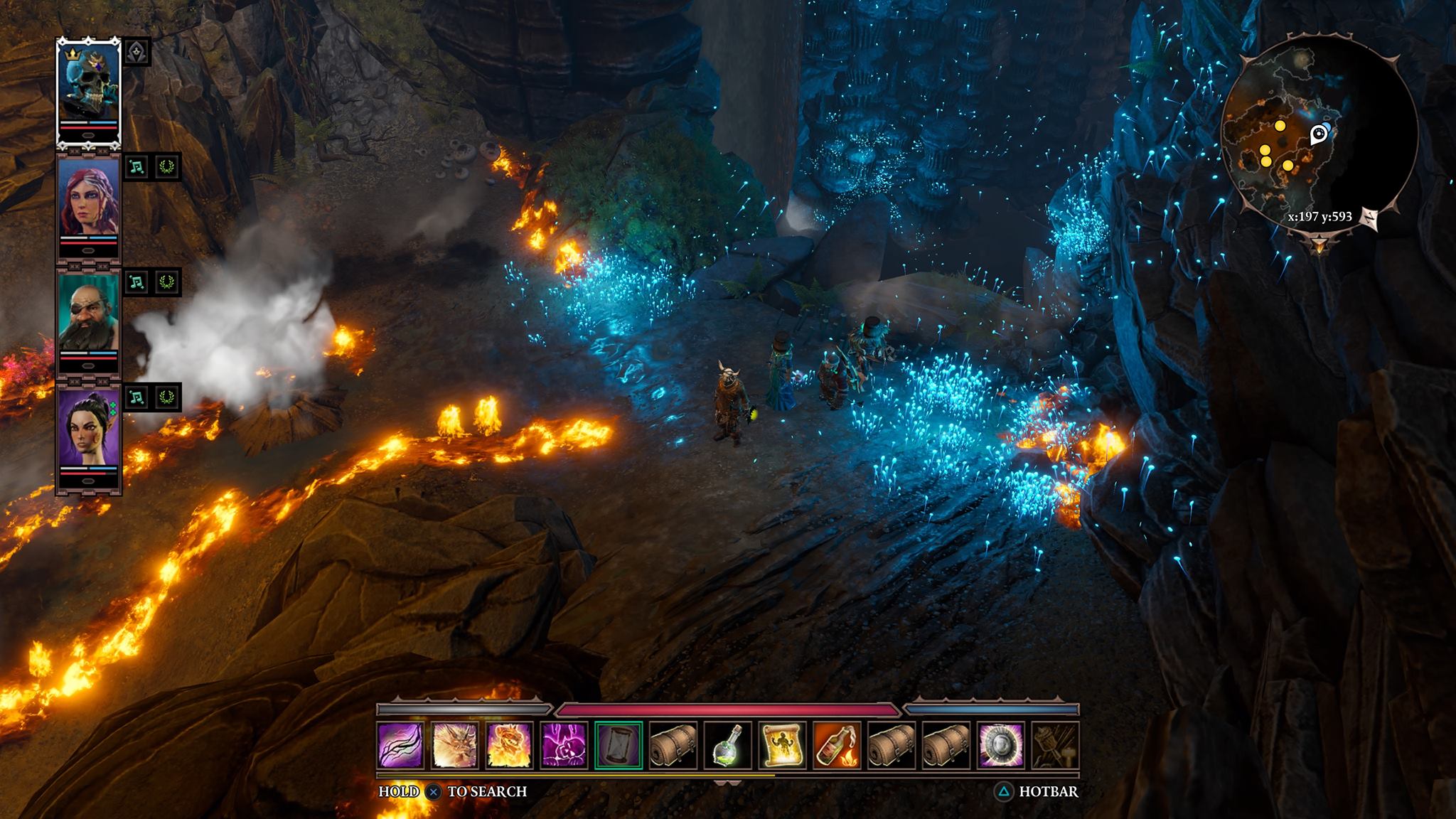 Divinty: Original Sin II Definitive Edition is one of the best RPGs available for current gen hardware. Simply put if you are an RPG fan, you owe it to yourself to play this game, and now that it’s available on console and PC there is no excuse not to experience this masterpiece of a game. There are three platforms to play this game, and while none of the options are bad, most people are probably just going to get it on one platform. For most people, I would recommend if you have a powerful enough machine to go for the PC version. Higher-end machines have quicker loading screens than the console versions and mouse and keyboard controls are just better suited for this title. While this may be an excellent PC to console port, the PC version still feels like the way to go.