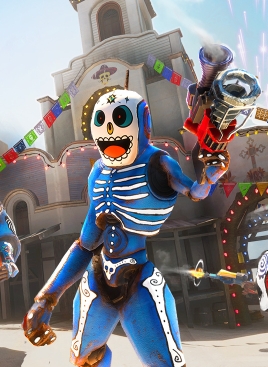 The release of Morphies Law came as a shock. After a tease a year ago, little came out from the title’s development. Then comes Nintendo’s pre-Gamescom Nindies Direct and BOOM! The game is suddenly available for all to purchase, dropping like a surprise rap album. But does this shocking release truly mean that this quirky multiplayer shooter is ready for prime time? Or was there a rush to get this out at the expense of quality? Well, that’s what we are here to find out, unsurprisingly. Did this morph into something terrific over the development period or was it a failed copy of better shooters?

The premise behind Morphies Law is a rather unique one. You control the titular Morphies, groups of Dia de Los Muertos-themed robots with special morphing abilities. Namely, the ability to transfer mass from one Morphie to another by shooting them. Shoot one in the left arm and your own Morphie’s left arms grows while theirs shrinks, and so on. Oh, and they have a butt rocket ability for hovering, because of course. Throughout the game, two groups of rival Morphies are presided over by their respective giant avatars, as our players steal mass for them in a series of different game modes.

These three modes players can check out are Morph Match, Mass Heist and Head Hunt. Morph Match is the most straightforward one, as Morphies shoot each other to gather mass for their avatars. Build the biggest and you win. Mass Heist is a bit similar, but with a twist. Certain pads around the arena allow you to shoot at rival avatars, stealing their mass as well. Then you can take that, deposit it at a frequently changing altar and build up your avatar, all while preventing theft from the other side. Finally, Head Hunt is the standard Capture the Flag mode. Both avatars are missing their heads, one head is placed in the center of the map, bring it back first. A simple, standard setup. 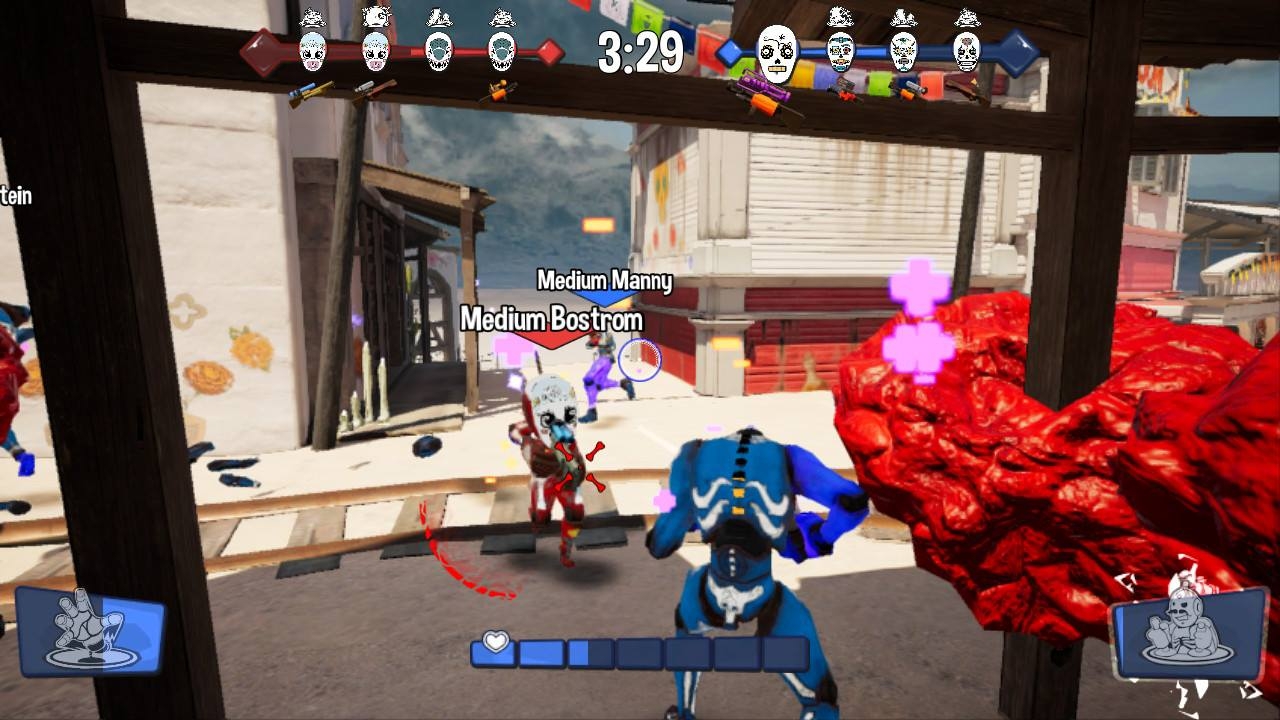 But how does all of this morphing and mass transfer fit into the gameplay? Well, there are some different ways that it does. The most basic is the fact that success here can actually turn you into a larger target, meaning you have to be careful when walking around with newly-massive limbs. Your movement is also affected by limb size, such as larger or smaller legs determining your run speed. You also unlock special abilities as you level up, whose effectiveness is based on various limb size. A larger chest means more effective protective barriers, larger arms make longer grappling hooks, etc. Finally, depending on how small or how large you are, there are certain parts of maps you can access or hazards you have to look out for. So the developers have clearly made sure that the morphing isn’t just a gimmick.

That said, that last bullet point concerning utilization of morphing — having to adjust to maps — falls slightly flat. The idea is sound, but in execution, the maps are just too small to allow for any significant size-related tricks. Each one has a unique gimmick, like oil slicks or revolving stages, but any parts with hazards or alternate routes feel unnecessary. There may be a giant fan that that blows non-giant Morphies into spikes, but why not just walk around it? And the small map size even affects other aspects of Morphies Law as well. Head Hunt is easily the weakest mode due to this, since it means a pretty direct route from head to goal. It doesn’t help that unlike other Capture the Flag game modes, you only need the capture the head once to win. There are games of Head Hunt that can last less than a minute, seriously. 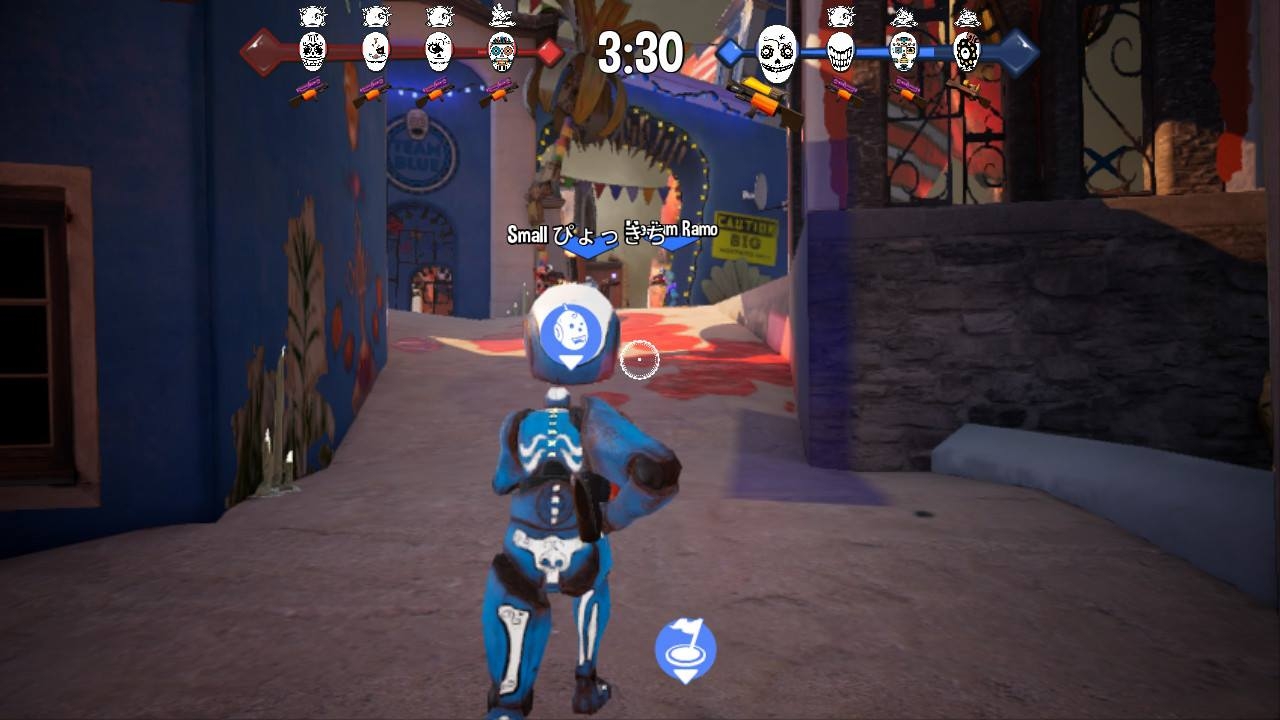 It may not also help that there are only four maps, and they’re the same regardless of mode. Of course, this is a smaller game with more contact to hopefully come later, so this could change. But at the very least, the maps themselves are nice and colorful. Morphies Law takes advantage of its calaca-esque figures, giving them a world of Aztec temples, Mexican cities and saloons. Simple stuff, yet bright and effective. Throw in some peppy music and sound effects to properly round things out and work with the action and things work aesthetics-wise.

The settings in Morphies Law may actually pale in comparison to the Morphies themselves, though. Specially, the sheer amount of details and customization provided to them. You can tailor the markings on every limb your Morphie has or any detail on their face. Business suit mixed in with one flower eye and one crazy eye? Why not? It’s an extremely robust bit of character creation that’s a feast for the eyes, helping your Morphie stand out further in the process. You can also choose from pre-set bodies or faces, various emotes and even make new guns with unlockable primary and secondary weapons.

Of course, earning the majority of these options requires in-game cash. Well, that or getting them from the pinatas you earn by leveling up. Yes, it’s loot box time, but thankfully there’s no way to pay real-life currency (for now, hopefully). No, it’s all in-game currency, earned after each battle. And mercifully, you can earn it through both multiplayer and solo play. Luckily, things don’t seem to be a grind in any way right now. Actually, the biggest gripe with pinatas is with arms, legs and eyes, namely that unlocking one doesn’t give you the other. What sense does it make to not just give you the matching set? 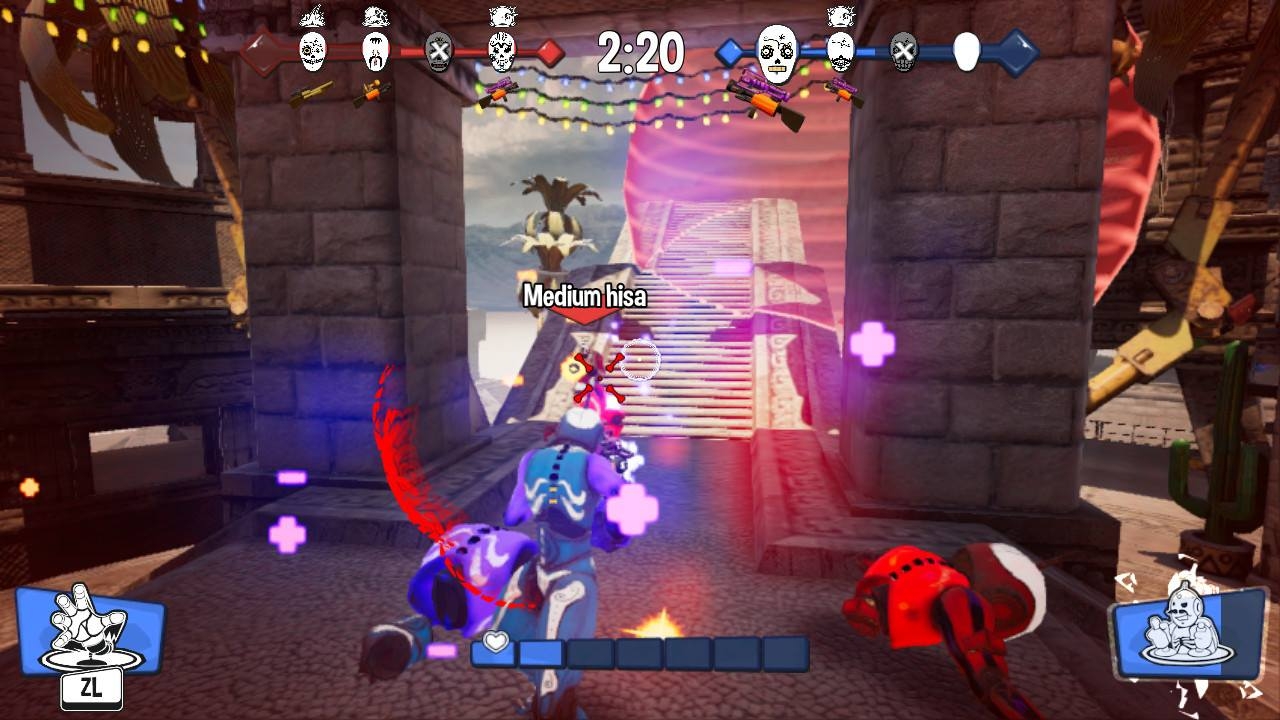 Those who have made it this far may have noticed that haven’t gone into detail about the action yet. And that’s because, sadly, the actual core gameplay is rather flawed. After popping into a lobby with other players, we each choose one of three maps and modes offered, then the winner is randomly picked. Then once you enter the arena, chaos happens. Not through fast-paced shooting or anything, but rather in trying to figure out what the heck is going on. Characters freeze in place, you can die without seeing shots, jerkiness is common, you can’t fire at times…what he heck? This didn’t all happen every session, but it was a regular issue.

But them I decided to switch over to the offline single-player mode in Morphies Law, which allows matches against AI bots. And you know what? I will actually add points for a multiplayer game actually taking AI bots into consideration. The game actually has options for online and local multiplayer, and solo play against bots, or even multiple players against bots. It’s honestly impressive that the developers took this many play options into consideration, remembering that AI bots are indeed a thing. See, Overcooked? Was that so hard?

Getting back on track, I was shocked to see how smooth everything was upon playing the single-player mode,. Action was nice and quick, there were no graphical hiccups, there was a nice challenge. And thus, the truth was revealed: Morphies Law has some severe online connection issues. Needless to say, this is a problem that needs to be ironed out ASAP, even if the local matches are still surprisingly solid. But it’s still going to need a bigger infusion of new content beyond that, like any online game. Four maps and a ton of unlockables can only go so far, of course. 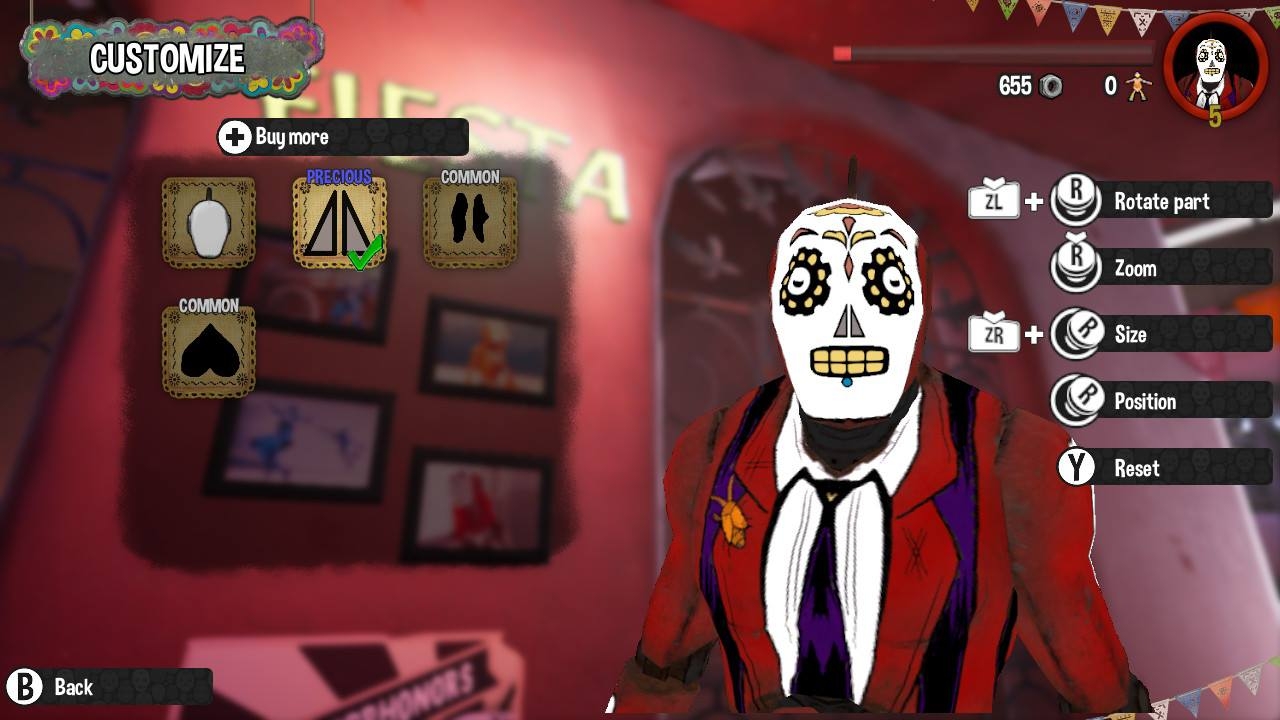 Morphies Law is the rare multiplayer game these days where the offline mode is the vastly superior option. While one may be able to recommend the game based on solo strength alone, the online issues need TLC. But even outside of that, a small number of equally small maps hinders what is otherwise a unique premise that has the potential for a fun and insane shooter with a ton of customization options. There’s enjoyment to still be had here, but you may be wishing for the game to morph into something better.