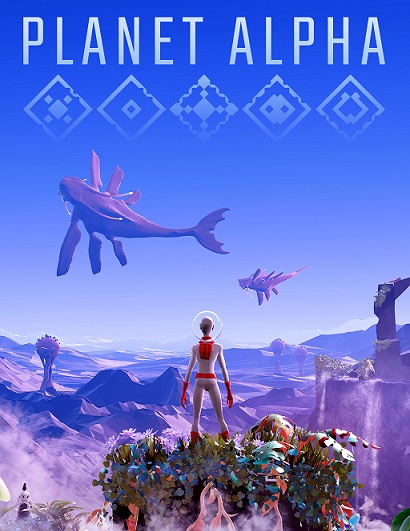 It’s one thing for an indie game to have eye-catching visuals, but another to add substance to it. A small team known as Planet Alpha ApS has been working on a game called Planet Alpha. Team17, who has an excellent track record of producing indie titles over the years, is bringing this unique game to light. Packed with gorgeous visuals from another world, this side-scrolling platformer adds stealth and puzzle-solving to its equation. The main focus of Planet Alpha, however, is on the atmosphere it creates and it does a fantastic job of achieving the emotion of exploring an unknown world.

Taking place in a living alien world, you will explore terrain that features different layers of depth that coincide with your two-dimensional path. The game lacks combat as you play as a character who is basically dropped here. The diversity of large life forms are a marvel to look at as some can hurt your or just add to the environment. A race of robots that feel like a throwback to vintage sci-fi movies discover you are there and attempt to hunt you down. Stealth is used to hide from the robots as you devise a way to get past them. Some of the results involve interactive environments to take down or get past the enemies. A lot of this is on-the-fly and involves quick decisions.

The puzzles in Planet Alpha are not apparent. There is no guide or indicators to help you out as you figure out things on your own. Planet Alpha involves a ton of trial-and-error which can eventually lead to players doing speed runs through the game. The trial-and-error can get aggravating at times as it is the only way to figure some puzzles or passage ways out. Platforming from edges isn’t necessarily apparent and there will be random cliff edges that can’t be hung onto. There are no hidden areas to explore to collect things, but there can be different ways of approaching a situation that aren’t apparent due to the depth layering of the environment. 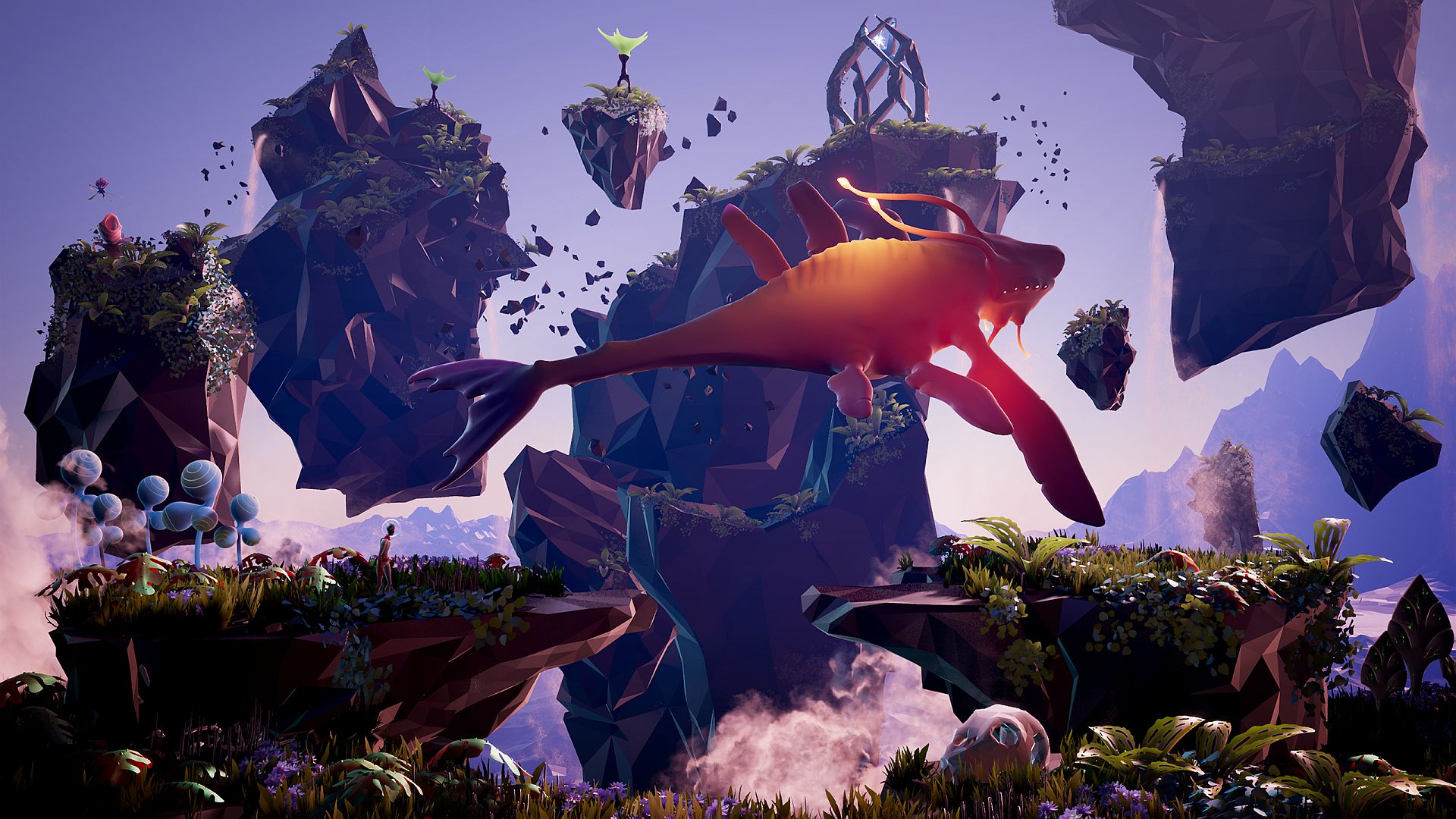 Planet Alpha isn’t overly complicated, but complicated enough. Stealth is straightforward as you’ll hide in specific patches of grass and your enemies basically don’t see you if you’re crouched. You will get stuck on certain puzzles that may need you to step away from the game for a minute. Another aspect of the puzzle solving is the ability to control daylight. Not only does this add variety to the visuals, but is used for things such as growing plants or moving structures.

Once getting into the game, I feel I like to continue my pace forward. Since there is no combat or shooting, the game almost turns into a side-scrolling parkour adventure outside of the stealth elements. There always seems to be a new encounter that will surprise you on how to get past it. This helps keep things fresh, but normally this is discovered after trying everything else that you can think of. 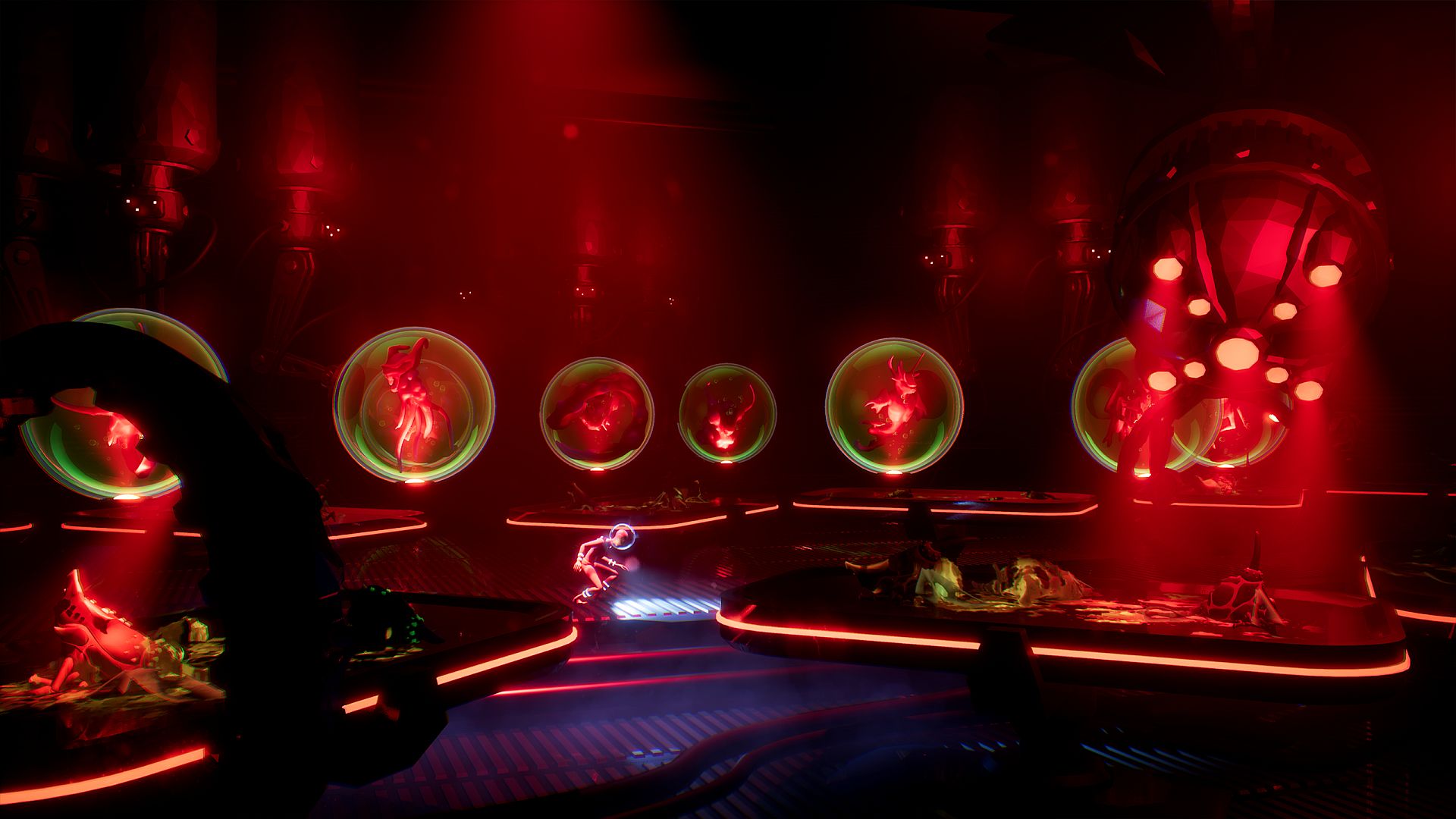 The environments are what stand out the most. The visual design, variety and overall art quality is beautiful. There are rainforest areas, cliff areas and even something akin to Limbo to add variety to the levels. Not only do the colors pop, but specific lighting aspects make you appreciate the visuals even more. There will be areas that you might lose your player due to the depth layering of the levels. Also, the day-to-night transition can only be done at certain points.

To complete the amazing atmosphere in Planet Alpha, the soundtrack consists of a classic synthwave sci-fi tone that changes based on the environment. While this could get adjusted with the Day 1 patch, the review version had audio mixing issues. Hopefully this is resolved quickly as that takes away from the immersion. The music is fantastic and puts the player into an unknown world as things to get eerie in certain areas, especially with headphones on. It’s almost therapeutic in a way. 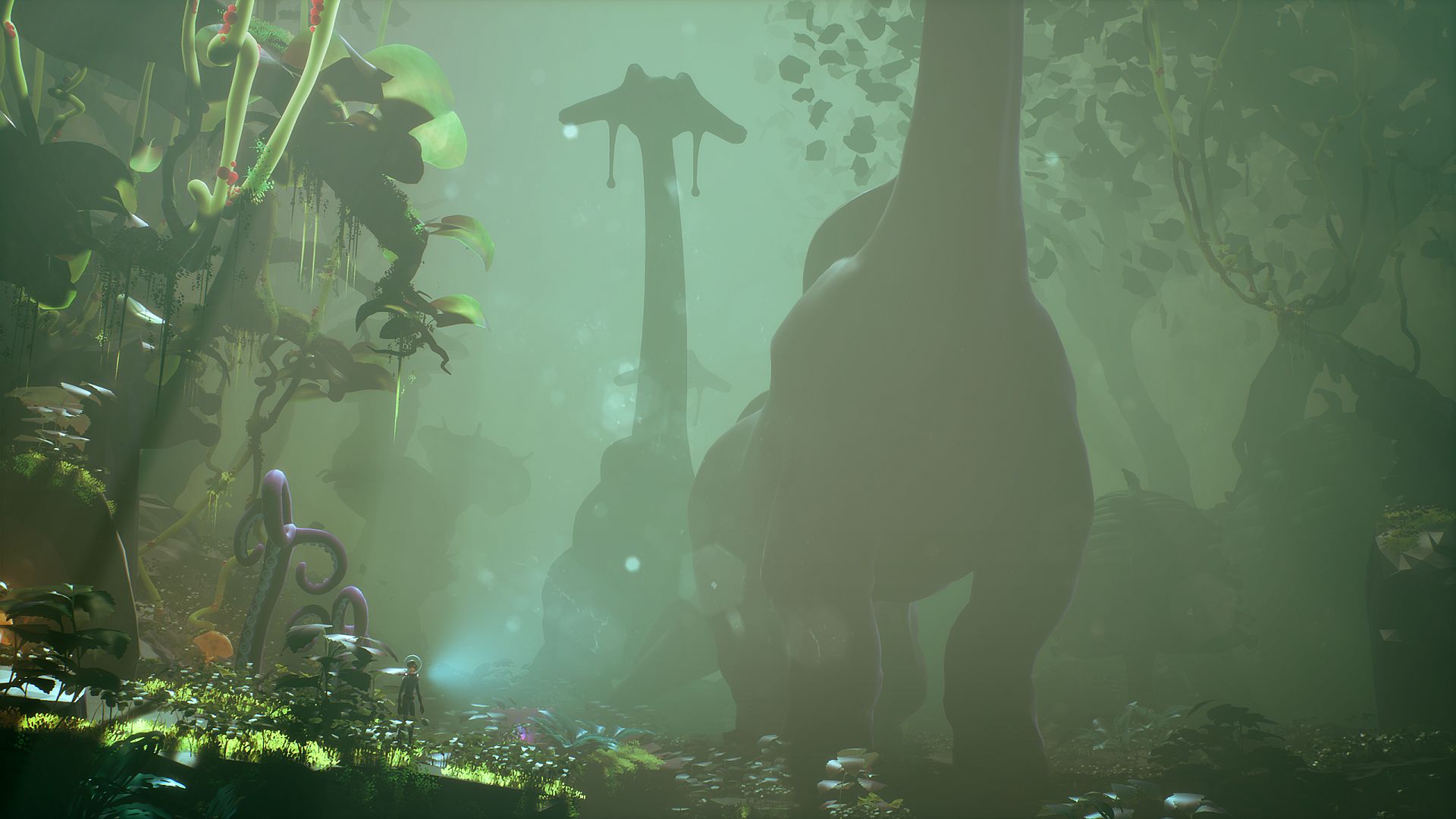 Planet Alpha creates an amazing atmosphere thanks to its visual and audio design. This side-scrolling platformer features stealth and puzzle elements that can be difficult and require a lot of quick thinking. The platforming works well, but there can be inconsistencies on ledges that you can grab on to. Planet Alpha is all about letting its alien world and life immerse you all while trying to survive its dangers. The experimental gameplay may turn some players away, but this remains a world worth experiencing.