Select Xbox US Insiders today can download the Xbox Skill, which allows them to interact with their Xbox One through Alexa and Cortana devices. With the skill enabled, players use voice commands to turn on their Xbox One, adjust volume, launch games, and more. The skill is free to download and usable across any device with Alexa or Cortana support. 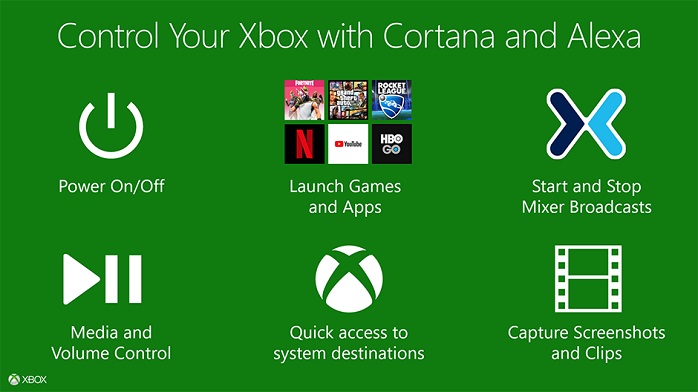 This isn’t Alexa’s first foray into gaming. Activision last year released an Alexa skill for Destiny 2, and early this year for Call of Duty: WWII. Both skills allowed players to interact with their games through voice commands. Due to this, it’ll be interesting to see if Alexa support will be added to future games and platforms.

The Xbox Skill is currently in beta form and only available for Xbox Insiders in the US. For a full list of available commands, head on over to the Xbox Insider Subreddit.