One of the most popular types of games in recent years has been titles from the survival genre. This style of game has players starting off with close to nothing and having to build up from that in order to survive. Rend, however, takes it an extra step by having factions of players compete in a world inspired by Norse mythology. It relies heavily on active play during typically month-long play sessions set in a fantastical world to discover and explore.

The basics of Rend are simple enough. Each faction is competing to get the most spirits within a time limit, specifically to fill their strand on Yggdrasil before anyone else. In order to do this they must work together in order to gather souls and keep monsters or other players from stealing what they’ve gathered. For the most part players are safe within their homestead, protected by a shield. This shield isn’t perfect, however, and will go done within a set time opening them to attack. All manner of monster will attack, and after that subsides other players are likely to follow to try and steal spirits. It will take a dedicated team to gather all they can in order to fight back and come up on top as the victors. 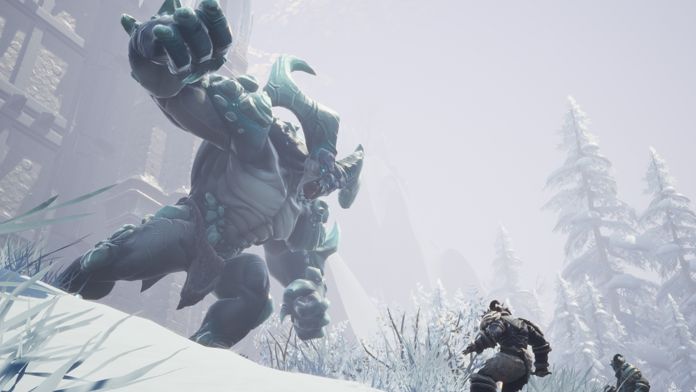 Like most survival games, players start from scratch having to gather there own materials. The unique aspect of Rend, however, is this is all done in real time from day to day. Players don’t need to all be on and once, in fact it’s unlikely for this to be the case. Instead players get on when they can in order to contribute to their faction by gathering materials and working together if others are around. Each character will select one of four archetypes to be experienced in which will give them helpful abilities. They will also get the option to take on another of these archetypes later, but can only fully master one. These archetypes can include special abilities to help tame monsters faster, or becoming more of a tank with strong attacks. On public servers these games will typically run a month, and archetypes don’t carry over between each session so players can freely choose a new one when they start again. Some perks, however, do carry over which include getting to choose a favorite pet or mount to keep with them.

The development team is very actively working to address issues and concerns as players experience it in early access. Changes such as the outcast system were added to address griefing issues with other players, despite not being originally intended. Many of these changes happen quickly, and it’s clear they are dedicated to making Rend an unforgettable experience. The newest additions have been revealed in the way of a new area under the great tree Yggdrasil which changes season after around a day and a half in real time, and a mysterious door yet with mysteries inside. This along side new enemies, and an upcoming dark underworld that will rely on going on with friends to see anything at all. 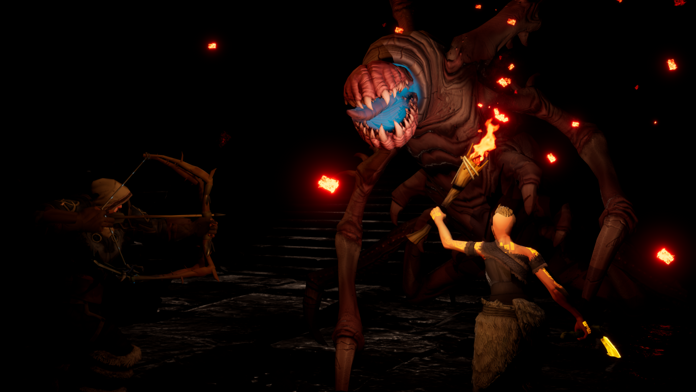 Rend is bursting at the seams with possibility and the early access has allowed players to share their feelings on the direction it will end up going while also helping by contributing their thoughts. It’s a brand new take on the survival genre that adds more depth with a definitive end that gives players something to work towards the entire time. With new content being added regularly, it makes for a different experience with every update. Although only on PC now for early access, Frostkeep Studios is hoping to get it onto consoles after its full release when they feel they’ve truly polished it up. Those who want to give it a try right away don’t have to wait, as the early access is available for everyone to dive into on Steam and share where they think Rend should go next.