Rebel Galaxy was a game about space exploration intertwined with an American western-styled aesthetic that made for a unique experience. Space travel and battles made for exciting bursts of action, with a decent challenge for anyone looking to experience a brand new type of space combat. With its high praise, it’s no wonder that Rebel Galaxy Outlaw made its way onto the scene with a whole new style to bring to the series. This time players are in for an entirely new, but familiar, experience starting with the fact that there’s a real story to follow this time around.

Rebel Galaxy Outlaw is a prequel that takes away the nameless rogue in favor of a character with a real goal and story to follow. Juno Markev is an outlaw who settled down in order to get married, only for her life to get abruptly interrupted with the murder of her husband. After heading out to get the criminal who did it, Juno runs into trouble and finds herself in a load of trouble. Thanks to an old friend, Juno is able to get a clunky ship to take flying but owes a bit of a debt as a trade off. It’s enough to get her started and Juno sets off to get revenge and explore her way through the stars. 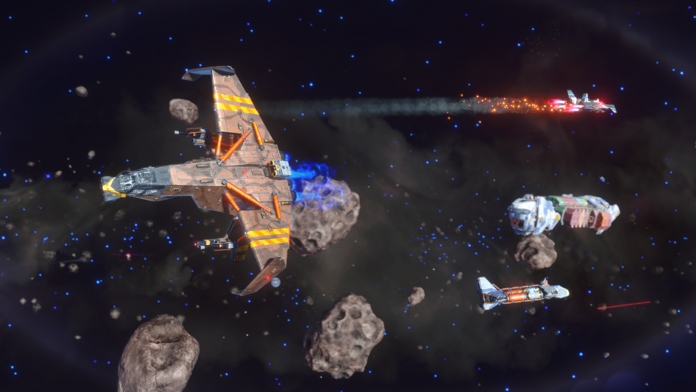 Like the previous entry, Rebel Galaxy Outlaw’s main gameplay is out in space. Ships can be customized a various amount of ways, but the main way to go about is exploring and fighting enemy ships. Missions will pop up while exploring, which often include rescuing other ships while fighting off pirates. This can lead to finding loot to pick up or even negotiating with attacking enemies in order to pass by. Juno has to be careful for the law, too, as involving herself in trouble or picking up illegal cargo can lead to trouble if she hangs around too long. There’s also the much wanted ability to fly up and down, which the first lacked, but there’s plenty of that to be seen in Rebel Galaxy Outlaw. Taking some down time at one of the dive bars will let Juno gamble for money or ship parts in order to improve her chances or spend some time at the arcade to win some useful gear. Once she sets out again she can change the station to one of the many options in order to enjoy over 21 hours of music to travel alongside and enjoy while shooting down enemies.

On the PC version, Rebel Galaxy Outlaw allows complete customization for every aspect of a ship. This includes changing every color, and even having pressure support for all the artists out there who really want to have at it. There are also simple decals that can be colored on for that unique twist to every ship, so it can stand out for every individual player. There are plans to also allow for some customization on console versions, but right now it will likely be toned down to mainly be about decals and simple color changes and not have quite the detailed abilities as seen on PC. 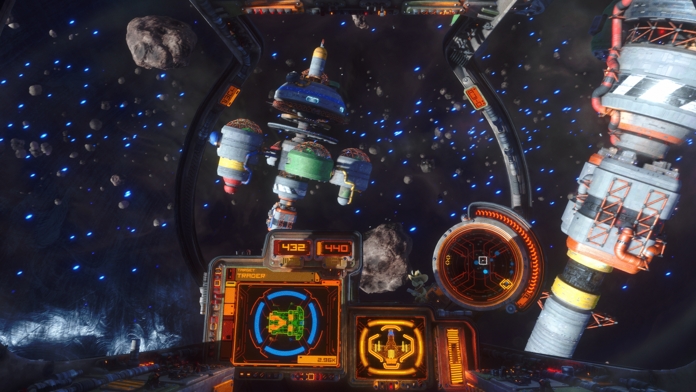 There’s a lot to love about how Rebel Galaxy Outlaw is shaping up, with improved space combat and a real sense of story to follow along with the freedom to still explore at ones own pace. There’s a good amount to unlock along the way and with the kickass Juno leading the way it will be a good time exploring through space. Although there’s no definitive release date yet, Rebel Galaxy Outlaw is aiming for a 2019 release for PC, PS4 and Switch so be on the look out in order to join Juno on her quest through the galaxy.