The rougelike genre has been bursting at the seams in recent years, with every new entry adding its own unique twist to the blend. Sparklite takes it in a bit of a down-to-earth direction by making everything fast paced, but instead of starting over from the beginning lets players get a little more powerful each time – assuming they find the right gear in order to make themselves that much stronger. This simple style is intertwined with a lovely adventurous atmosphere and incredibly endearing pixel art style makes for a wonderful journey that players will easily be able to pick up and play.

The story of Sparklite starts with Ada, a young engineer who finds herself in a mysterious new land filled with dangerous gremlins and other manner of beasts ready to strike her down. These gremlins are after an amazingly-powerful resource known as sparklite and of course plan to use it for no good deeds. It’s up to Ada to stop them and help reconstruct a flying airship that picks her up whenever she falls in battle. Once on this airship, Ada can help those living aboard upgrade their workshops and get more advanced gear for herself in order to become more of a threat to the gremlins. Once she’s geared up she can dive back into it, and rinse and repeat as she slowly gets stronger along her dangerous journey. She’s going to need everything she can get too, as saving the world from gremlins is no easy task. 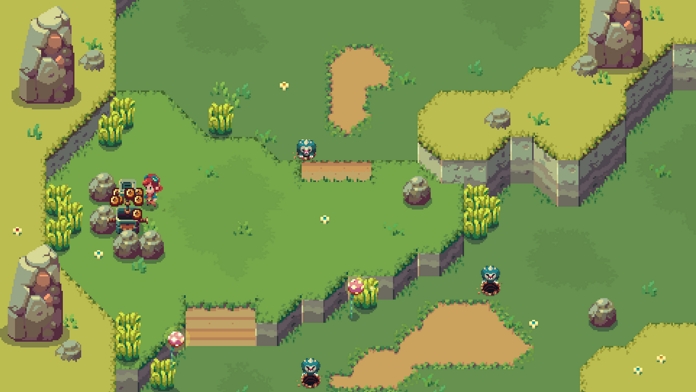 Exploration is key when looking for sparklite and gremlins to fight. Ada can make her way through the map fighting all the enemies she comes into contact with, but if she falls in battle will be recalled to an airship. After returning back to the ground, it might come as a surprise that the terrain has completely changed. Much like a rougelike, Sparklite’s land layout changes every time the player has to start over in order to mix things up. This is caused by occasional earthquakes as the earth tries to fight back against the gremlins, causing a change in the land every time Ada begins again. This makes going back each time a bit of a different challenge, but there is at least always a helpful map to help from getting too lost each time.

Combat is simple right now in development, but is planned to get a little more in-depth as it goes on. Players will mostly bash their way through enemies with simple hack and slash action to get them out of the way quickly, but can get new sub weapons such as a gun to help take out foes. Going into a dungeon will have Ada challenging a few different levels of puzzles she must overcome in order to find more sparklite, all of which are dangerous especially early on when Ada is constantly one hit away from having to start over. Ada is on a long journey to try and find the leader of the gremlins, but it will take a lot to track them down and set things right. 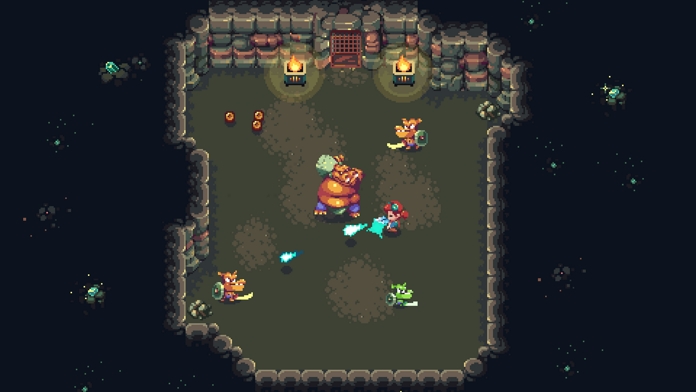 Sparklite has a beautiful pixel style that is incredibly inviting, wonderful overhead gameplay that’s reminiscent of early Zelda titles and a fighting style that’s easy to pick up whenever. While it’s still a ways off from release, Sparklite is on its way to being yet another wonderful take on the rougelike genre that creates a wonderful world players will enjoy exploring time and time again as they attempt to save the world. Sparklite is currently aiming for a Fall release in 2019 for Switch, Xbox One, PS4 and PC, so players should look forward to keeping up with development and make sure to keep look out for when its finally available.