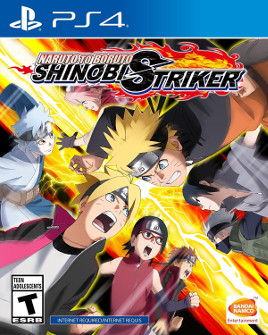 When it comes to generating video games based on licensed properties, there are few goldmines as vast as anime and manga. Even gamers who aren’t into anime must be aware of popular franchises such as Dragon Ball, One Piece and Naruto as there are countless games across multiple console generations based on these and other works of anime. With the plethora of anime games available, most fans have learned to be cautiously optimistic whenever their favorite anime gets a new game as they are always a bit of gamble with the quality ranging from abysmal to amazing. Naruto to Boruto: Shinobi Striker showed promise when it was first revealed a few months ago and now it’s time to see how closely it came to living up to its potential.

To put it bluntly, Naruto to Boruto: Shinobi Striker is a bit of a mixed bag. There are some some areas where this title excels and for the right type of player this is a great time but conversely there are some areas it comes up short. Being a fan of Naruto or action games with frenetic ninja combat won’t be enough to make up for some of these shortcomings. The meat and potatoes of the Naruto to Boruto: Shinobi Striker experience comes from the multiplayer modes. Playing through missions solo is an option but with the game’s need to always be online is a clear indication of the intended use for the title.

The objective of the story is basically to become the best ninja warrior around through the use of a VR training academy. The players will create their own character to complete missions and learn from famous Naruto characters, but there isn’t much of a story to speak of. This does provide context for the game and makes sense for the multiplayer games, but running through the missions solo is a bit of a drag. The unskippable cutscenes for each mission don’t exactly help things, as seeing them can be amusing the first time but don’t hold up well after repeated viewings. The single player mode is where the player can take on VR Missions where they can be trained by a VR Master, though the skills the Master teaches you may or may not be for the specific class you want. This could be considered a story mode even though the conspicuous lack of a story makes that a bit of a misnomer. Playing solo can be enjoyable due to the fast-paced gameplay but this mode ultimately feel like filler. It’s a good way to grind for experience and currency to unlock new accessories for your avatar or gain levels but ultimately the only real ninja assassinations that occur in the player’s free time, though some of the big boss battles can be fun. 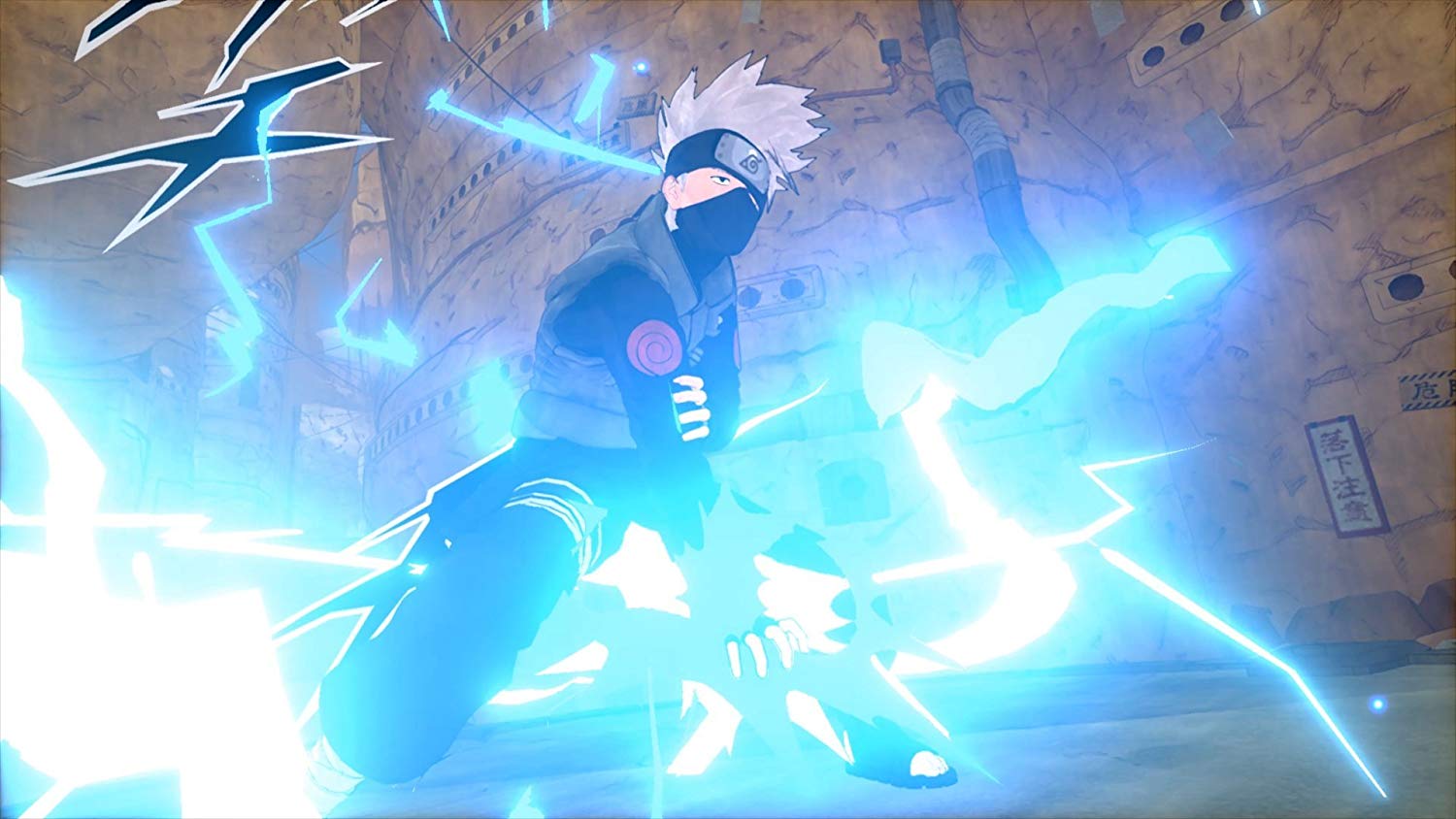 Multiplayer, on the other hand, is actually where all the cool kids hang out to have fun. There are a few different games available such as capture the flag and typical team death match in battles that can be done with teams of four players facing off each other. Sometimes waiting for a match to get ready can take a while but at the time of writing there wasn’t ever a shortage of players online to prevent a match from occurring.  The game mechanics work well in in multiplayer even if there are some balancing issues with the different Jutsus. The biggest flaw with multiplayer is there is no voice communication, and relying on stock quick responses just doesn’t cut it in this day and age.

There are four different character classes to choose from that specialize in different areas: Attack, Defense, Range and Heal, which are self explanatory. Players can use special abilities called Jutsu that have a variety of effects or can unleash a devastating attack, some of the more powerful ones can even render a one hit kill. Picking a balanced team where each of these strengths is represented is ideal but player skill and use of good Jutsu selection. Players who love customization can have a field day in Naruto to Boruto: Shinobi Striker as there are hundreds of accessories to be collected to play virtual dress up with their own ninja avatar.

The actual game mechanics of Naruto to Boruto: Shinobi Striker are fun. The game plays like a high speed beat ’em up with gravity-defying action. Players can double jump, run up walls and across water or use a kunai throw to propel them toward a vertical wall. No obstacle ever stands in a player’s way as they can simply run over and across it which can lead to some incredibly fun chases in multiplayer. The graphics are wonderful, merging the anime style of Naruto with 3D rendered models, but the voice overs leave something to be desired. 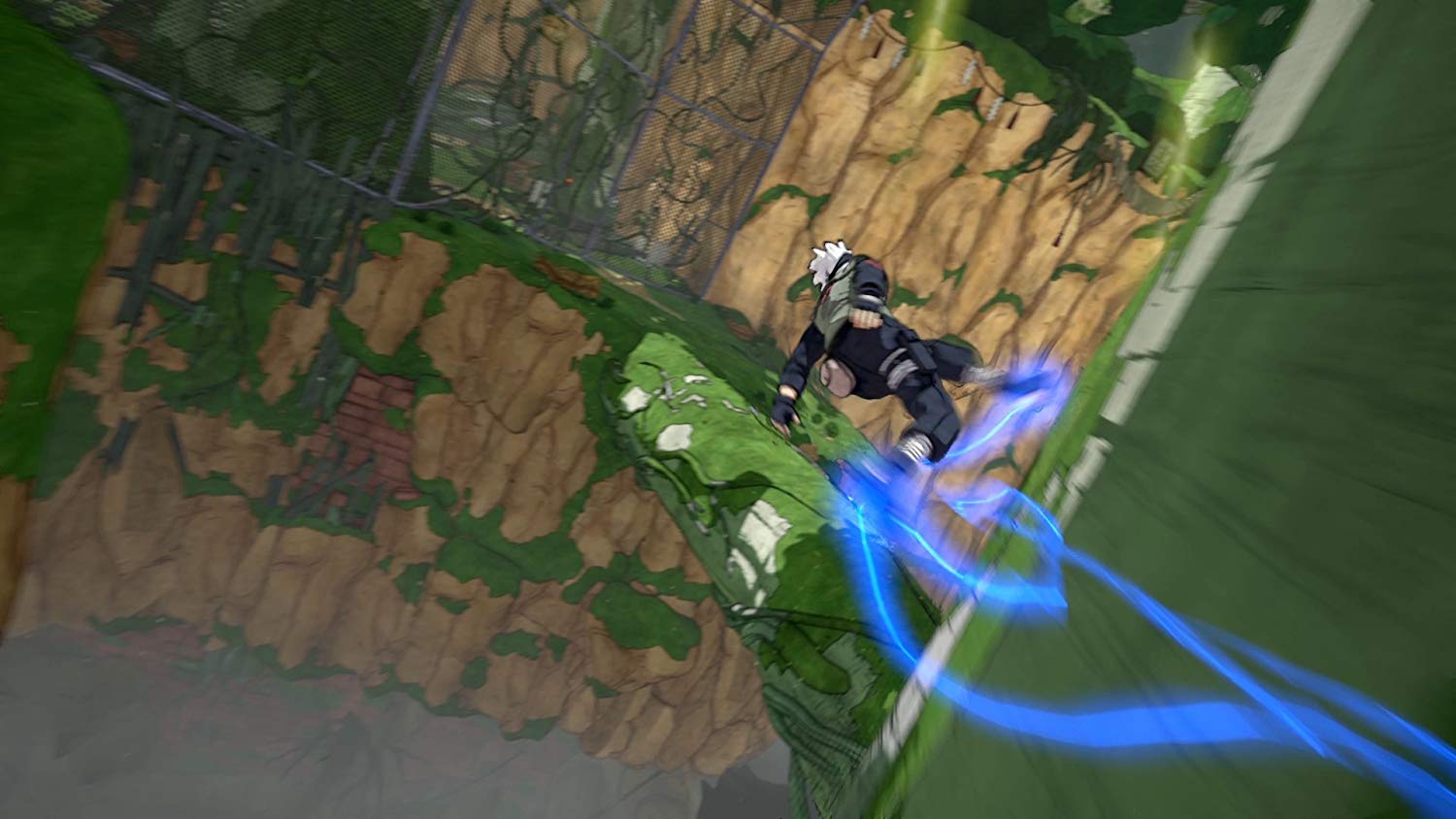 Naruto to Boruto: Shinobi Striker is an enjoyable game but too many shortcomings prevent it from being memorable or extraordinary. Fans of the series who want a fast-paced game they can whittle away countless hours on multiplayer can get a lot of enjoyment from this, though the lack of proper voice communication limits the social aspect. Single player mode can be an entertaining way to kill time but doesn’t feel like it fulfills much purpose outside of grinding. There is fun to be had and there are much worse anime titles out there, but there are also much better ones. Dedicated Naruto fans looking for fast-paced, gravity defying multiplayer beat ’em up action need look no further, but for those looking for a worthwhile single player experience or multiplayer with voice chat can skip this one.