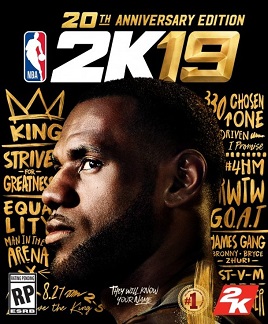 This year marks the twentieth anniversary of the NBA 2K franchise, which was recently confirmed to be the best-selling basketball simulation title of the 21st century at over eighty million sales. Even with sales juggernauts such as Call of Duty: Black Ops 4 and Red Dead Redemption 2 still on the horizon, there’s little doubt that the upcoming NBA 2K19 will be one of the highest-selling titles of the year, even as the rival NBA Live franchise has continued to improve its quality in recent years. NBA 2K19 does have a noticeable hurdle to overcome this year, as although NBA 2K18 was largely praised by critics at launch, many fans felt understandably overwhelmed by the sheer amount of microtransactions present, many of which were heavily featured within the revamped MyCareer mode. While poorly-integrated microtransactions and lackluster secondary modes threaten to knock NBA 2K19 off of its throne, the further-polished core gameplay, second-to-none presentation, and engaging MyCareer mode help ensure that NBA 2K19 remains as addicting and deep as its predecessors.

At its heart, NBA 2K19’s modes and presentation are only allowed to flourish as much as they do thanks to the consistently fun and user-friendly core basketball gameplay. The vast backlog of animations feel more smoothly utilized this year, as fastbreaks, layups and dunks all look and feel more natural to perform. The controls remain fundamentally similar, allowing both series veterans and casual gamers to hop right in and compete, while also featuring enough deep for dedicated players to get lost in for hours. The 2K and MyCareer camera perspectives do a more effective job at tracking the ball, particularly during higher arcs as it sails towards the basket, which is a small touch that does wonders for justifying whether or not each shot deserves to go in, lessening perceived frustration from players. A few other minor refinements help enhance NBA 2K’s signature gameplay for its latest edition, which should keep players entertained for the season ahead and beyond.

MyCareer has continued to be NBA 2K’s premiere mode over the past several years, and this year’s edition, “The Way Back,” is no different, as players customize and make decisions for AI, an undrafted free agent who starts his post-collegiate basketball career overseas and now must attempt to work towards his dream of returning home and becoming an NBA player. Featuring surprisingly well-known cast members, “The Way Back” feels well-produced and acted but is held back by inconsistent writing, which ranges from humorous and genuine to cheesy and over-dramatic. AI in particular represents the story’s biggest downfall, as a protagonist with very few likeable attributes and a path back to the NBA that rarely feels justified for his actions, despite a supporting cast that continues to back him irregardless. The core MyCareer gameplay is equally selfish, specifically thanks to a new Takeover meter which fills up due to better performances and offers a small on-court boost upon being filled, but still remains enjoyable for players willing to play the game as intended. There are a decent amount of interactive sequences throughout “The Way Back” that get the players involved in unique ways, keeping the pacing fresh prior to the lengthy period before unlocking the Neighborhood. 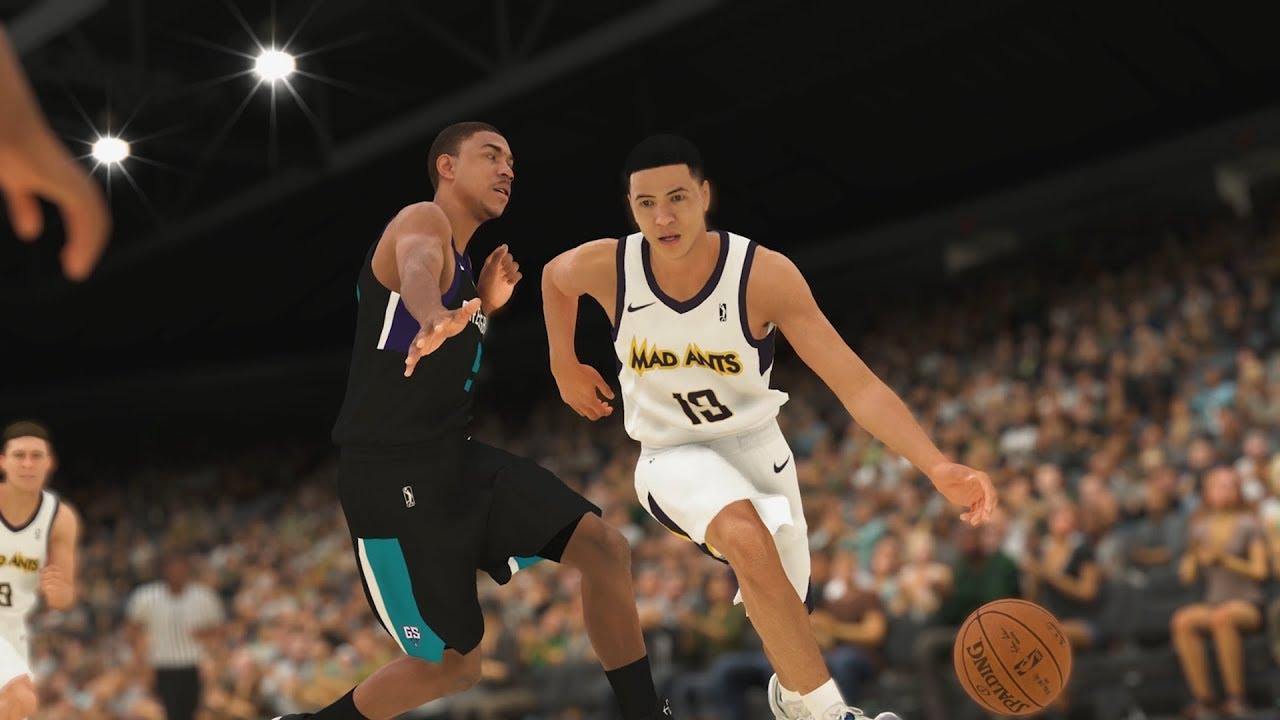 Upon unlocking the Neighborhood, a multiplayer hub introduced last year where players can show off their customized characters, compete in smaller-stakes blacktop games including the over-the-top trampoline matches, and advance player progression through standard NBA matches and training minigames, many of the story elements are withdrawn and the microtransaction usage becomes much more apparent. While the amount of options to invest in with microtransactions are less frequent than in NBA 2K18, the same currency is utilized for both player advancement and customization, making them feel all but necessary for those interested in both looking good and playing well, which are two basic needs in gaming that shouldn’t be overly-dependent on real-world money. This year’s Neighborhood also feels more organized and less fun to explore, with fewer additions to separate it from last year’s edition to make it feel worthy of the long wait after the mode’s prelude.

As a result of the budget clearly dedicated towards MyCareer, the rest of the modes suffer by offering nearly identical experiences to that of last year, catering to the same audiences and featuring the same incentives to check them out. MyLeague is separated into two unique versions: in addition to the standard season-long experience from the coach’s perspective that can be found in similar sports titles, the MyGM attempts to utilize MyCareer’s story elements to spice up the season, but relies too heavily on text-heavy conversations and background from NBA 2K18 to include anything that feels worth getting invested in. Meanwhile, the MyTeam mode offers plenty of real-time updates to keep players invested in their slowly-evolving fantasy teams, along with a variety of 5-on-5 and 3-on-3 game scenarios that can be played both alone and against others. Each mode remains fundamentally strong and is sure to provide plenty of replayability for players willing to give them a shot, but the game does little to incentivize you to do so. 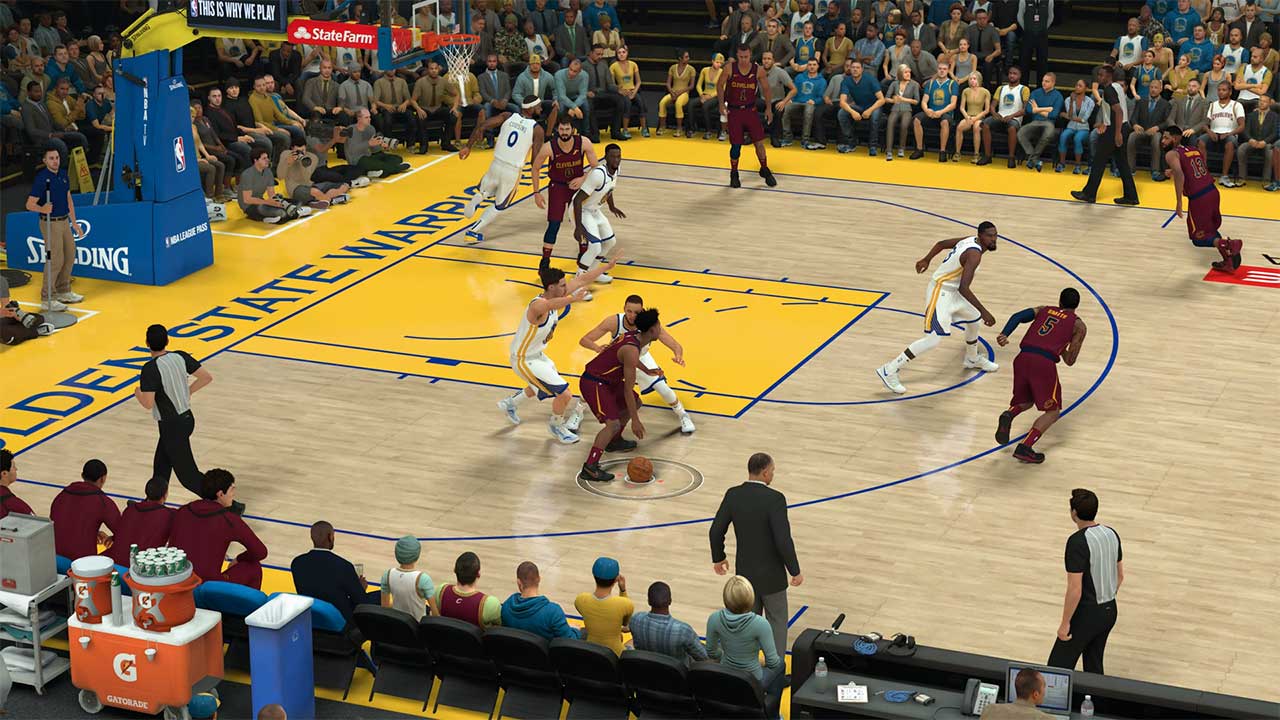 Presentation is especially vital for sports titles, as they attempt to recreate both the on-court and on-TV feel of participating in a professional match of their respective sport. Visual Concepts has always prioritized this element and NBA 2K19 is no exception, with energetic crowds and faithful stadium and athlete recreations to make every contest feel authentic. The amount of dialogue on display from the noteworthy cast of pre-game broadcasters, mid-game commentators and real player interviews is massive, particularly when including the Chinese League and G-League exposition found in MyCareer. With the exception of some player faces, the overall graphics of NBA 2K19 look mostly stellar, and combines with realistic ambient noise from all the people that populate the in-game stadiums and a varied pop and hip-hop soundtrack to create an immersive basketball experience. Despite some framerate drops during the MyCareer cutscenes, the game features few technical issues and includes plenty of options to customize the core gameplay to the player’s preference. 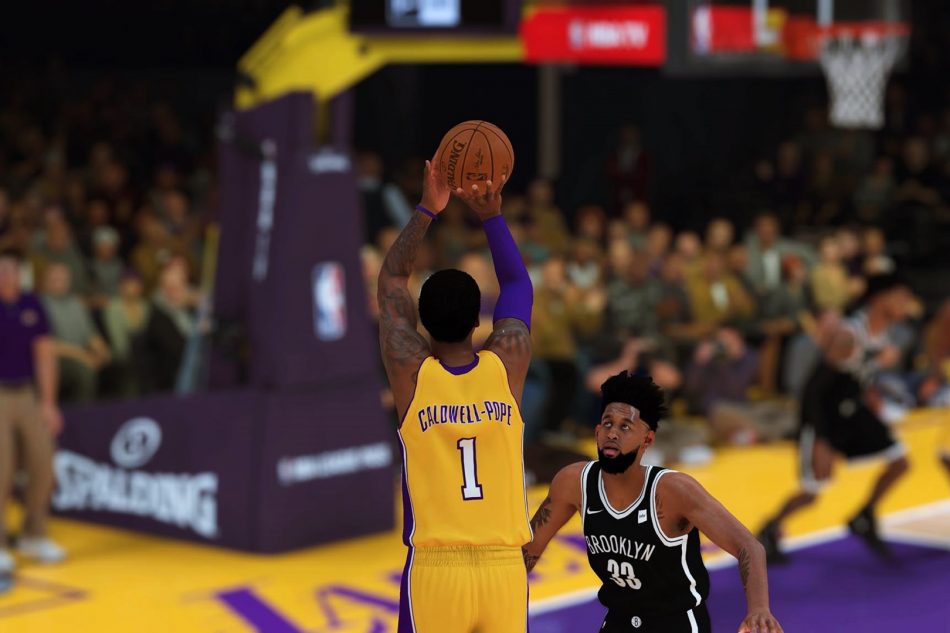 NBA 2K19 continues the series’ legacy for offering the best basketball simulator on the market thanks to refined gameplay and a truly immersive presentation. The modes featured this year have their ups and downs, with the MyCareer mode featuring a story worth playing through despite a frustrating protagonist and a heavy dosage of microtransactions, and some complimentary modes that rarely go above what is expected of them for better and worse. Fortunately, the core basketball action at the center of NBA 2K19 is stronger than and just as enjoyable as it’s ever been, featuring intense matches that should please both experienced and casual players alike for another NBA season’s worth of deep, fast-paced gameplay.