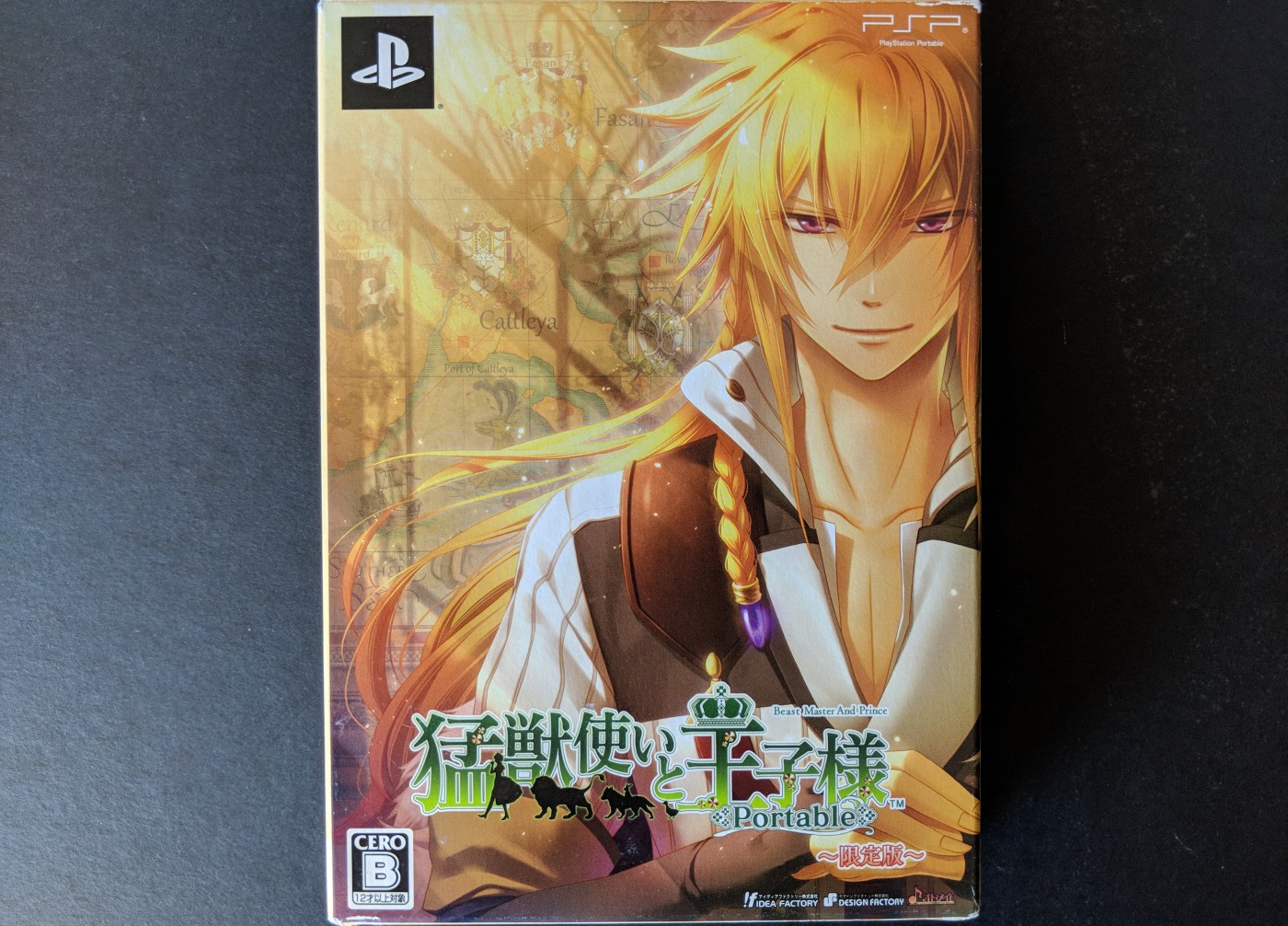 Visual novels weren’t always readily available with official English releases. In the beginning, it was rare to see any title get localized unless it featured heavy gameplay elements such as the Phoenix Wright series. Sometimes publishers took a chance, such as bringing over the otome visual novel Hakuoki. Since then, otome games in particular continue to thrive in the Western market. Still, tons of titles never get the chance of an English version. One such game is 猛獣使いと王子様 (Moujuutsukai to Ouji-sama) AKA Beastmaster and Prince from Otomate. This is a fun title with an interesting twist.

You see, our heroine meets the princess, but they’ve all been cursed and turned into animals! The uniqueness of this game helped it stand out among Otomates’ massive catalog. Publisher b2g studio thought there was enough worldwide recognition for the game and even launched a Kickstarter for a Steam port. Unfortunately the campaign failed, leaving this game unlocalized. Beastmaster and Prince first came to PS2 late in its lifecycle (2010). A year later, it made a much bigger splash with the release of Beastmaster and Prince Portable on PSP. Since then, it moved onto PS Vita and mobile. 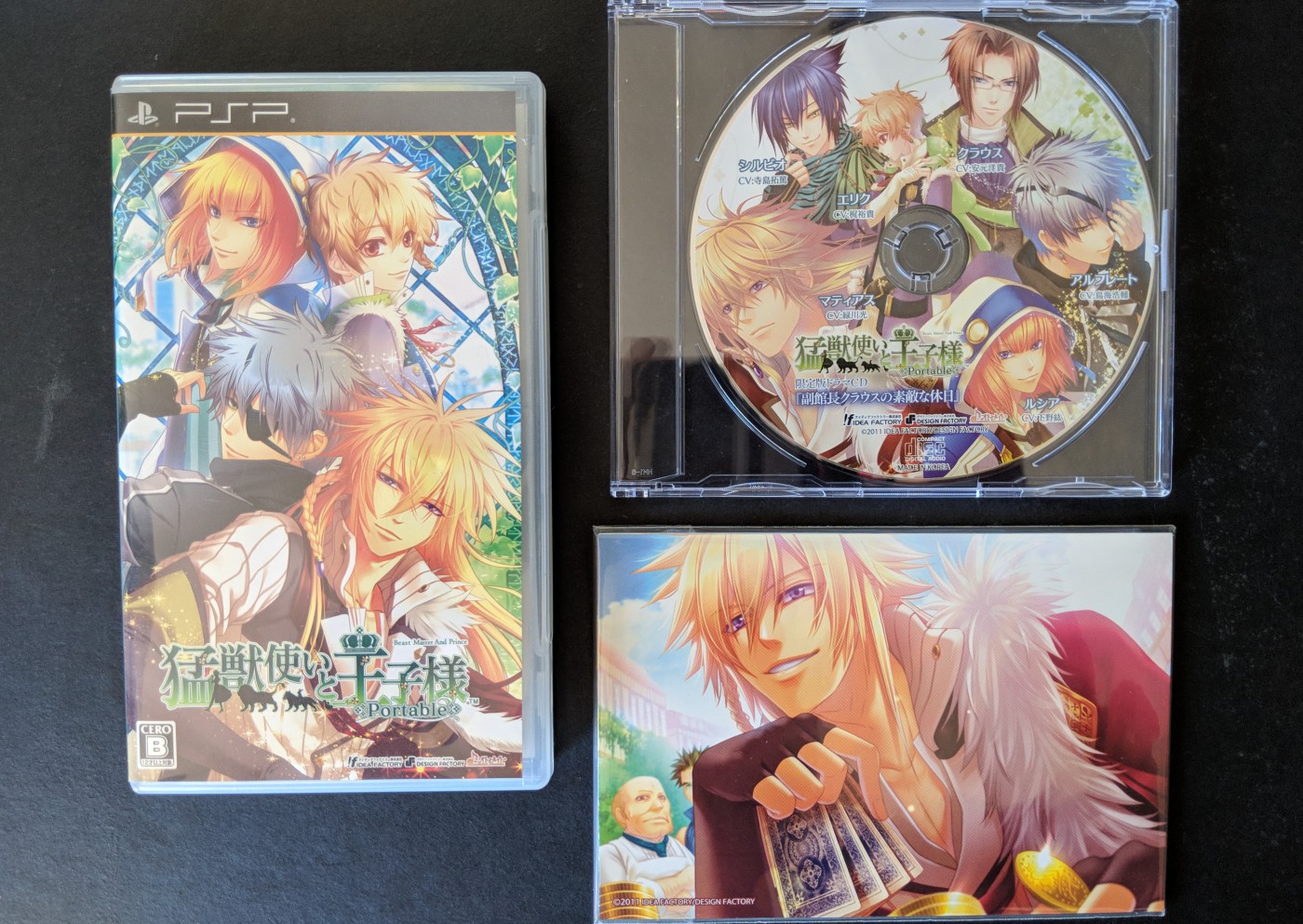 Beastmaster and Prince Portable’s limited edition falls in line with other Otomate releases. Of course a copy of the PSP game is included in the larger than average outer cardboard box. The PSP case includes a manual with color images, unlike Vita games which did away with physical manuals entirely. Also included is a smaller box within that houses the two additional goodies from the package. These additional items are a CD and a pack of postcards.

It’s important to note that the CD is not a soundtrack CD as folks may be accustomed to getting with their games. What is it then? It’s a drama CD. These are common and often released alongside otome games. Basically, it’s an audio drama in which the game’s characters do random things. None of it is generally super relevant to the main plot. They’re a great bonus to hear more of your favorite voice actor(s) beyond the main game. 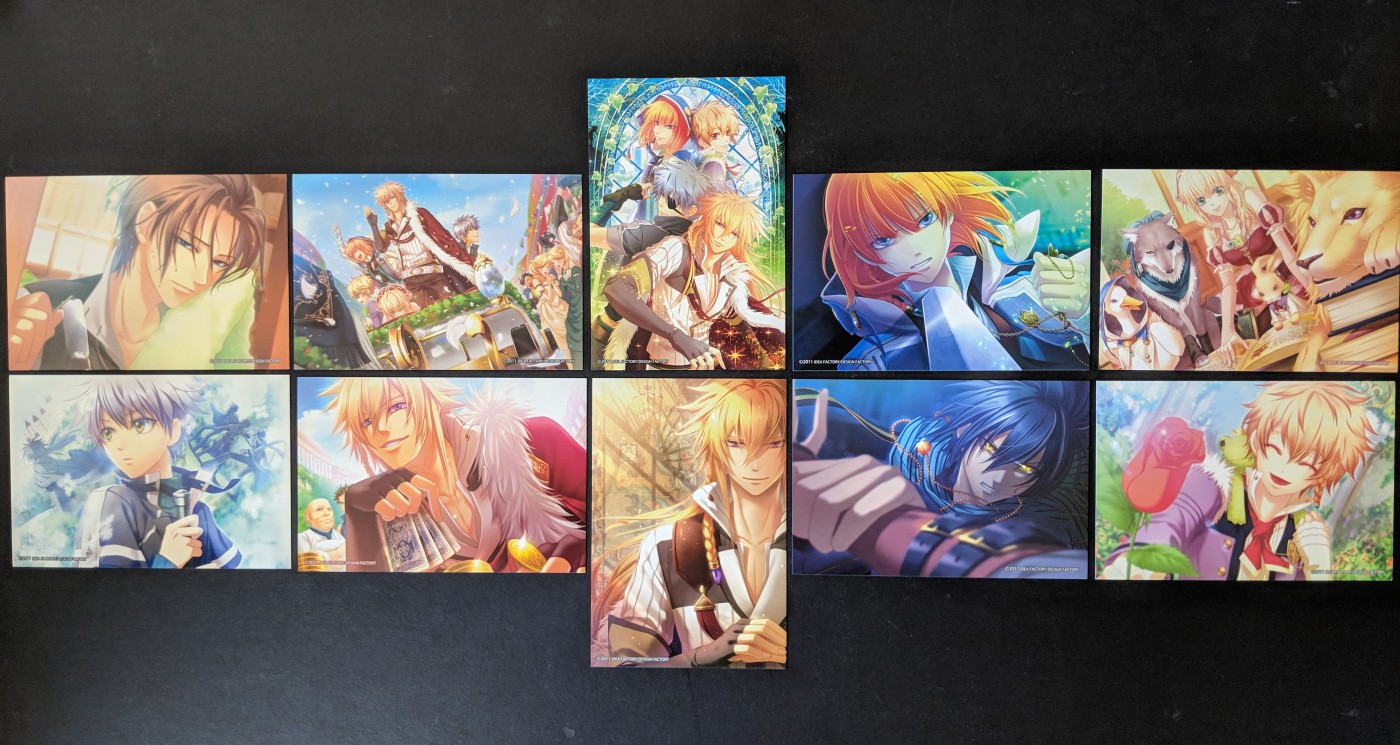 The inclusion of ten postcards is fun and not entirely unexpected. Otome games often come with some visual depiction of the male characters — cards, pins, etc. The postcards are of a nice quality not far off from a real postcard. The artwork on each one comes from the gorgeous CGs in Beastmaster and Prince. Yes, these could be used as real postcards, but who would want to give up an image of their favorite boy?

All in all, it’s a decent set of goods for fans. At this point, it hovers around $50 online from online sites. This price is likely to remain steady or decline when another version comes out. Unfortunately there’s still no official way to play Beastmaster and Prince in English. The game is coming to Switch in 2019, so there is at least one more chance for a company to localize it.