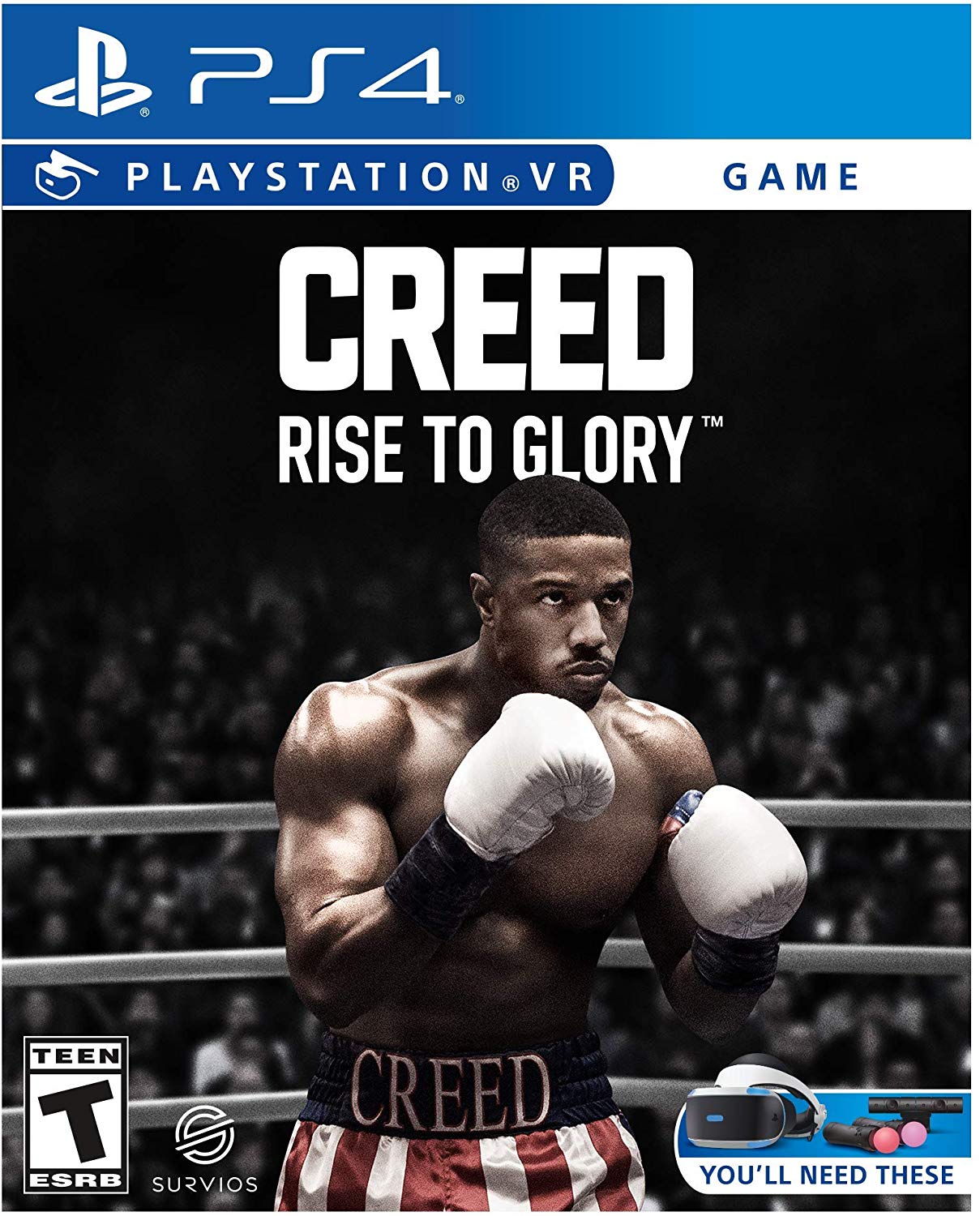 Boxing games are few and far between and it has been years since something admirable has been released. Survios is looking to change that by going all in with a new technology and introducing the world to virtual reality boxing. The main focus is to do it right. Survios has teamed up with MGM to bring a universe to its VR boxing game rather than having random fighters. Creed: Rise to Glory will bring in fighters and locations from the Creed and Rocky Balboa movie universes. Survios has developed an in-house technology known as Phantom Melee Technology to make it stand above other melee and combat VR games that allows the player to feel like they are actually making contact rather than flailing in the wind. The end result is an unforgettable experience that not only challenges the player but can also get them into shape.

With Creed 2 launching in theaters on Thanksgiving, the timing is impeccable for this release. Players can choose from seven fighters including Adonis “Hollywood” Creed and Rocky Balboa to jump into 1-on-1 fighting in various rings that come from the movie universe. Players will use the PlayStation Move controllers to land and throw punches as players are free to navigate the ring. This is not a boxing simulator as rounds go by quickly and there are aspects such as tying up the opponent that can’t be done. What’s most important about the gameplay is the technology and the approach brought in. Phantom Melee Technology allows for two separate entities: a ghost avatar for tracking and a physical avatar for visuals. The VR tracking in the game is some of the best on the market as it not only properly tracks hit points, but accommodates speed and momentum as well. If you want to throw a low punch, come across for a hook or nail an uppercut, there is no frustration involved in trying to do so. It’s all tracked perfectly.

The fighting in Creed: Rise to Glory is not only challenging but addicting. While this won’t teach you how to properly box, it will whip you into shape. I have been sore for days since doing this, but the only thing missing is the footwork aspect. You will need to be aware of your surroundings at all times as you are throwing fists in mid air. Because this is a VR title, the mind begins to get tricked which allows for the controller feedback on a hit to feel authentic. Whereas a game like Punch-Out on the Wii gave no sense of an authentic hit, the authenticity of combat here is reassuring. The combat includes a fatigue system so that players cannot just spam punches. The more stamina that is used, the less powerful the punches. Players can hold the controllers up to cover their faces to build stamina back up. 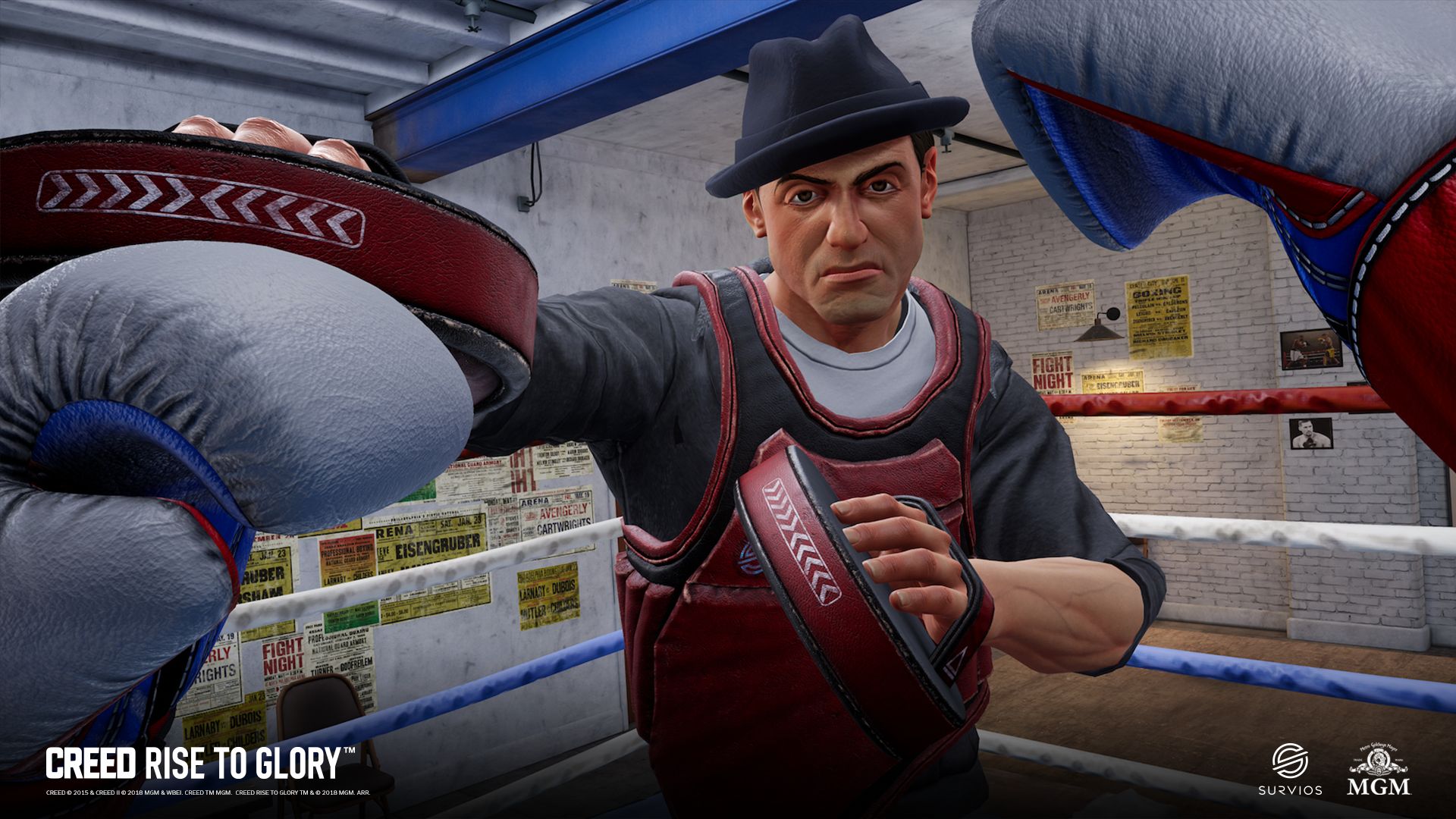 There are no points awarded for rounds and recovery from a knock down or stagger are different. Because there are two different avatars powering the game, when a player gets knocked on the ground, they have an out-of-body experience. Players must simulate sprinting back to their bodies with the controllers by holding the Move buttons down and swing their arms back and forth. When a player becomes staggered, they must put the Move controller to a specific area. When staggering an opponent, players will be prompted to hit certain points to open up a combo. This all adds more fun to the combat while not taking things so seriously. After all, this is also an arcade game.

Creed: Rise to Glory includes a handful of play options. The Career Mode will have the player train for a fight and progress through multiple fights as Rocky Balboa helps along the way. Based on how well the training goes is how well the fight will go. There are various mini games to train as there is a time limit to get as many in as possible. These training sections can also be revisited separately to add some replayability to the game. The Career Mode lacks any type of narrative or leveling up and there is no creating your own player. It’s straightforward to offer a unified single player experience. There are also freeplay matches where the player choose their fighter and an opponent and can adjust rules. 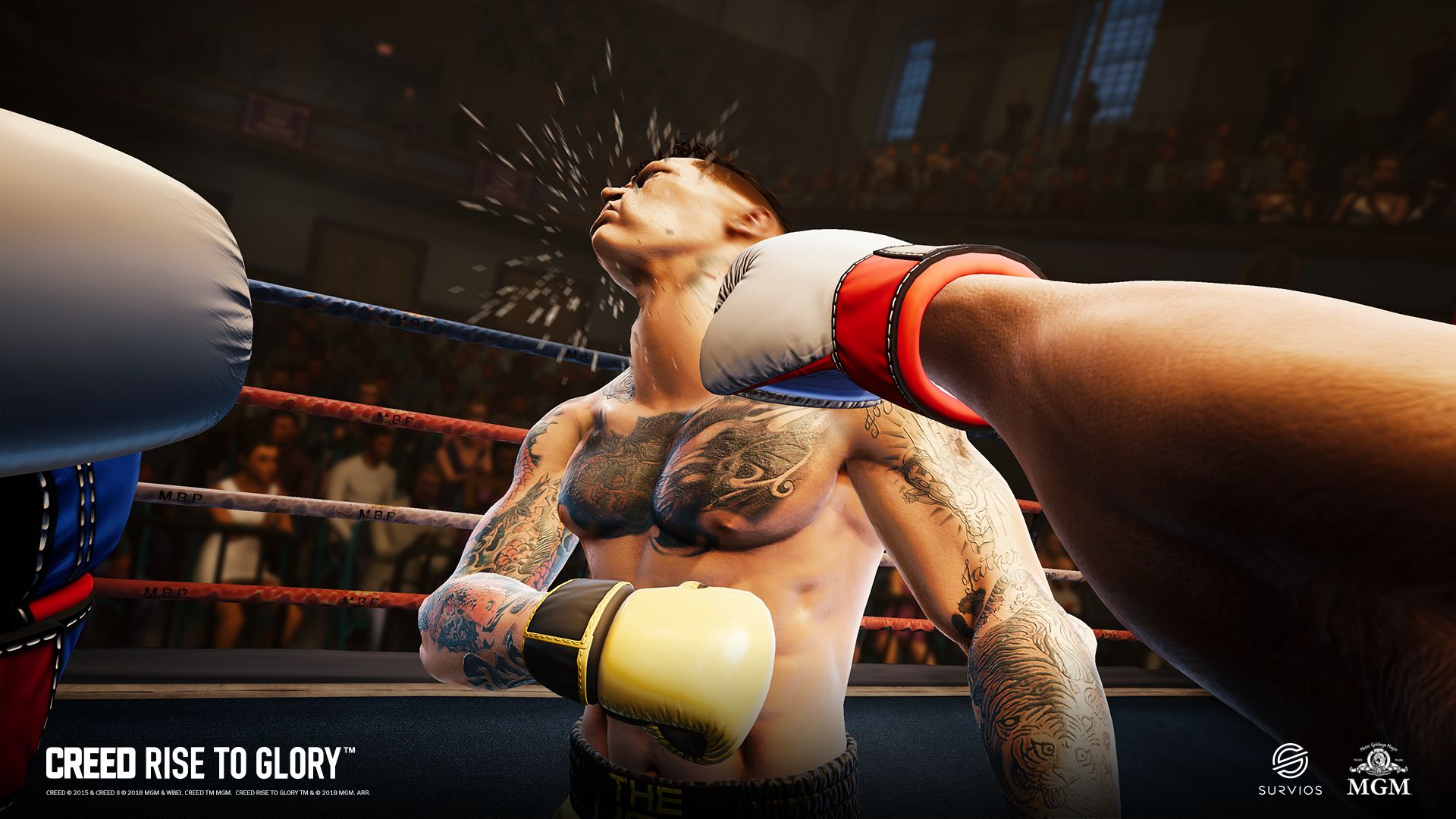 Multiplayer is included in the game in the way of PVP, which would seem to be an amazing feature to include if it actually worked. Survios may be a bit ahead of themselves in terms of technology here. Players can have a quick match or fight specific friends. The mode is playable, but flat out doesn’t work well. The environment and the player’s own character’s input works fine, it’s the direct connection with the opponent that’s the issue. Lag is the major issue with input from the opponent as characters will move like something out of The Exorcist. Landing punches may register on my end, but not on the server’s. At times, the opponent will fly across the ring and land a fury of punches as if it’s catching up. This is something that truly needs to be improved on as this has so much potential.

The Unreal Engine powers the impressive visual prowess of Creed. For a VR game, the player models and environments look fantastic. Player faces and bodies, including Rocky (as Stallone), come off as caricatures of the real person but are detailed well. Crowds are interactive, but not as detailed. Survios was able to get a consistent visual experience with some excellent detail from the PSVR hardware. The sound quality also comes across as top-notch as the crowds are reactive and there is dynamic commentary during a fight that sounds like it was pulled straight from Hollywood. Rocky’s voice quality also sounds great as it is literally Stallone. There is a first trainer during the career prior to Rocky and his voice acting just isn’t good. 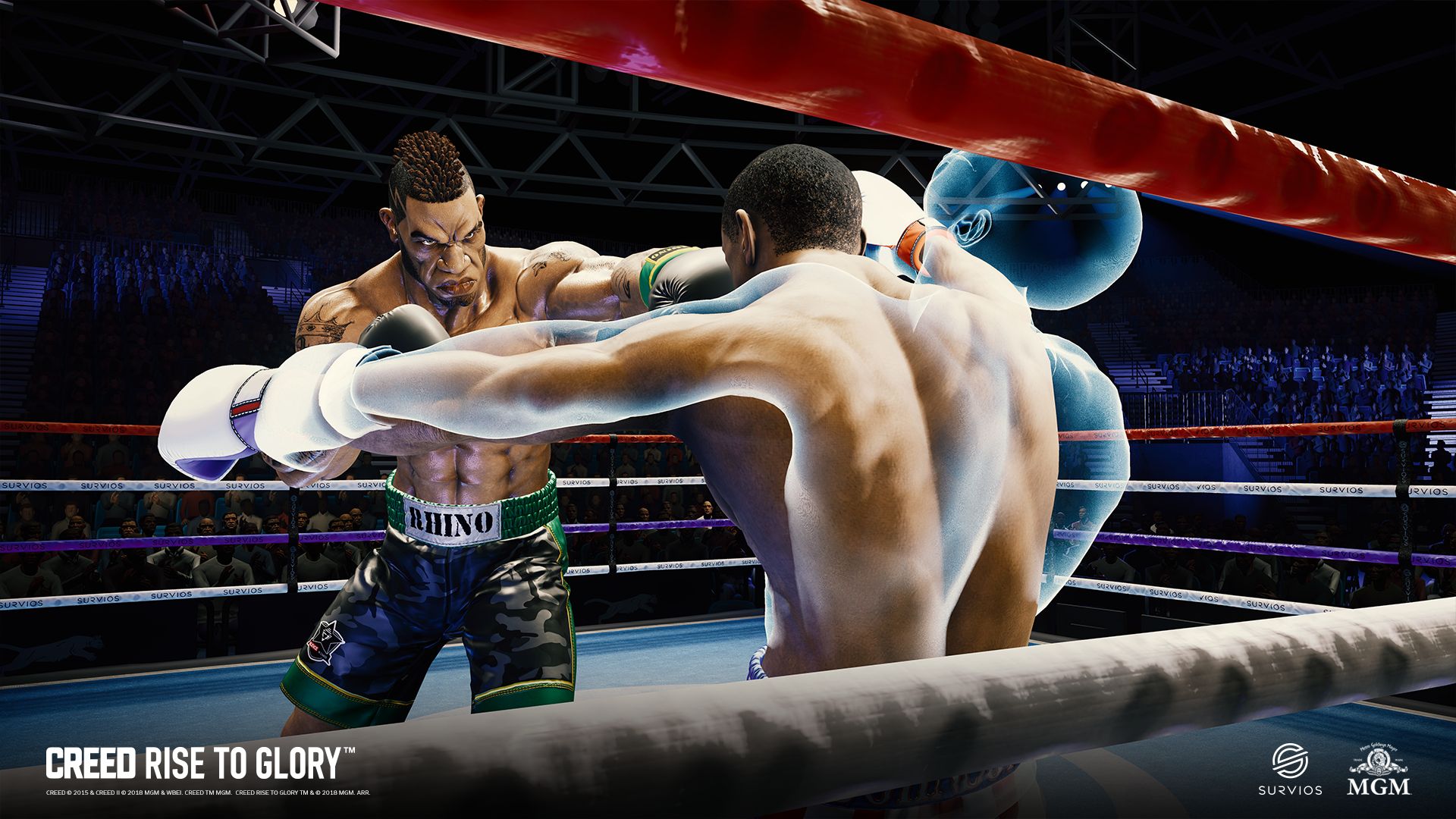 Creed: Rise to Glory is an experience unlike any I’ve ever had with a video game. While not a boxing simulation, the technology that powers the game is fun and addicting. I don’t recommend cancelling your 9Rounds membership, but Creed: Rise to Glory will get you into shape. There’s not a plethora of modes to choose from, but for $29.99, the in-ring action will keep players coming back for more. With each passing match, players will get better and have a better understanding of what it takes to land punches that count. The PVP has a ton of potential, but unfortunately it needs a lot of work. Because the fighting mechanics work so well, though, Creed: Rise to Glory is a reason to get in on virtual reality.