Dead or Alive 6 was major news when it was announced at few months ago at E3 since it has been a while since 2012’s Dead or Alive 5. Some hands-on time with the upcoming fighter reinforces the idea that putting some time in between major releases can pay off in the quality department as the fighting franchise still can pack a punch after going up against numerous contenders for a couple decades. 2018 has seen a bit of a resurgence in the fighting genre with numerous quality titles coming out, and while Dead or Alive 6 won’t be out until next year, the early build shows that the strong wave of fighters will continue into next year.

A major change in Dead or Alive 6 is to the visuals. Dead or Alive titles have been impressive from a graphical standpoint, but Dead or Alive 6 steps it up in two fronts. Dead or Alive 5 looked nice on eighth gen hardware, but at the end of the day it still looked like a polished port and not something that was built from the ground up for the hardware. Dead or Alive 6 is designed specifically for what the current generation hardware can do, which is apparent in the detailed character models and backgrounds. The high quality extends to recurring themes such as damage showing up on fighters throughout the rounds, such as broken masks, facial abrasions or increased sweat as they continue to exert themselves in the ring. Another noteworthy area is the anatomical changes of the female fighters. Dead or Alive has been notorious enough for their female models they were able to launch a successful fan service beach volleyball spin off, where the volleyball was among the smaller moving round objects on screen. The female pugilists in Dead or Alive 6 still are designed to attract the male gaze, but they are done so with less exaggerated proportions and jiggle factor. The costumes and character designs, however, remain in a fashion where the legion of adolescent male fans of the series won’t be disappointed. The fan service is being toned down, not removed. 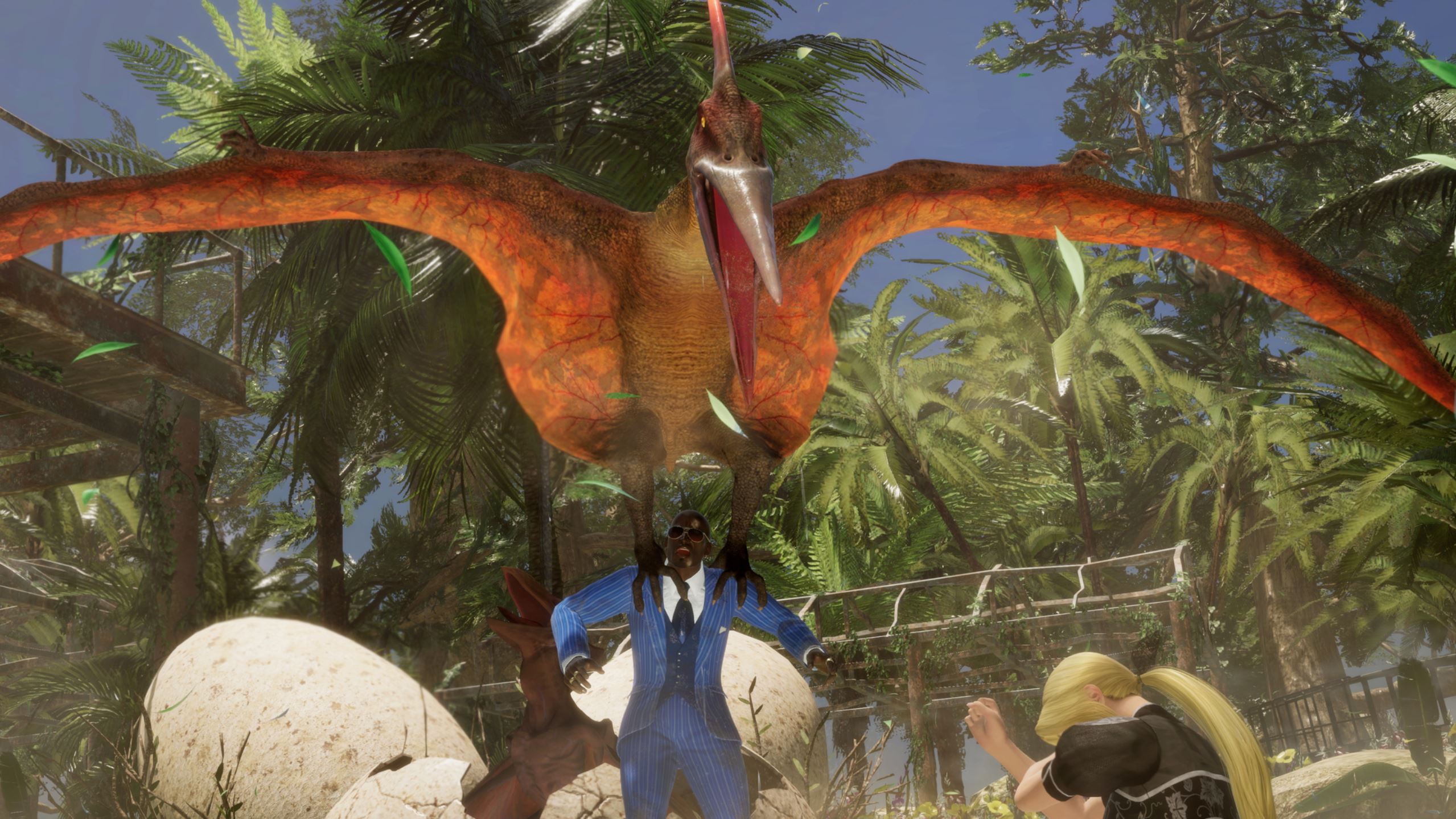 The interactive arenas have been a staple of the series and this is an area where Dead or Alive 6 looks like it won’t disappoint. The recently-announced electrified wrestling ring is a prime example of this but there were some cooler arenas in this preview build. One such arena has a kraken grade squid in the background that would occasionally grab onto a player that was mercilessly getting pummeled, adding insult and injury to injury. A Jurassic Park inspired ring had some dinosaur sized occupational hazards. Pteranodons may hatch from an egg to snatch up a fighter, dropping them so players that have expert timing can attack them during the drop and start up a juggling combo. There’s even the threat of a Tyranosauras that may sink its teeth into a fighter. There’s also no shortage of more common environmental hazards, such as breakable barriers and explosive barrels that can lead to the multiple layers of a stage.

Dead or Alive 6 introduces a special button, which can be used to execute a fatal rush when the player has a fully-charged power which can be a virtually unstoppable attack. The charged meter can also be used to pull off a well timed escape from this move by also using the special button in conjunction with moving up or down on the thumbstick. The special button is versatile and can be used in conjunction with normal attacks, and can be used by veteran players to string together devastating combos and for novices to easily pull off some impressive moves while still learning the basics. The paper rock scissors system of punches, hold and throws has been expanded into the 4-way hold system which adds another layer or complexity to the system. Players will have the option to use the traditional 3-way hold system if they feel so inclined. 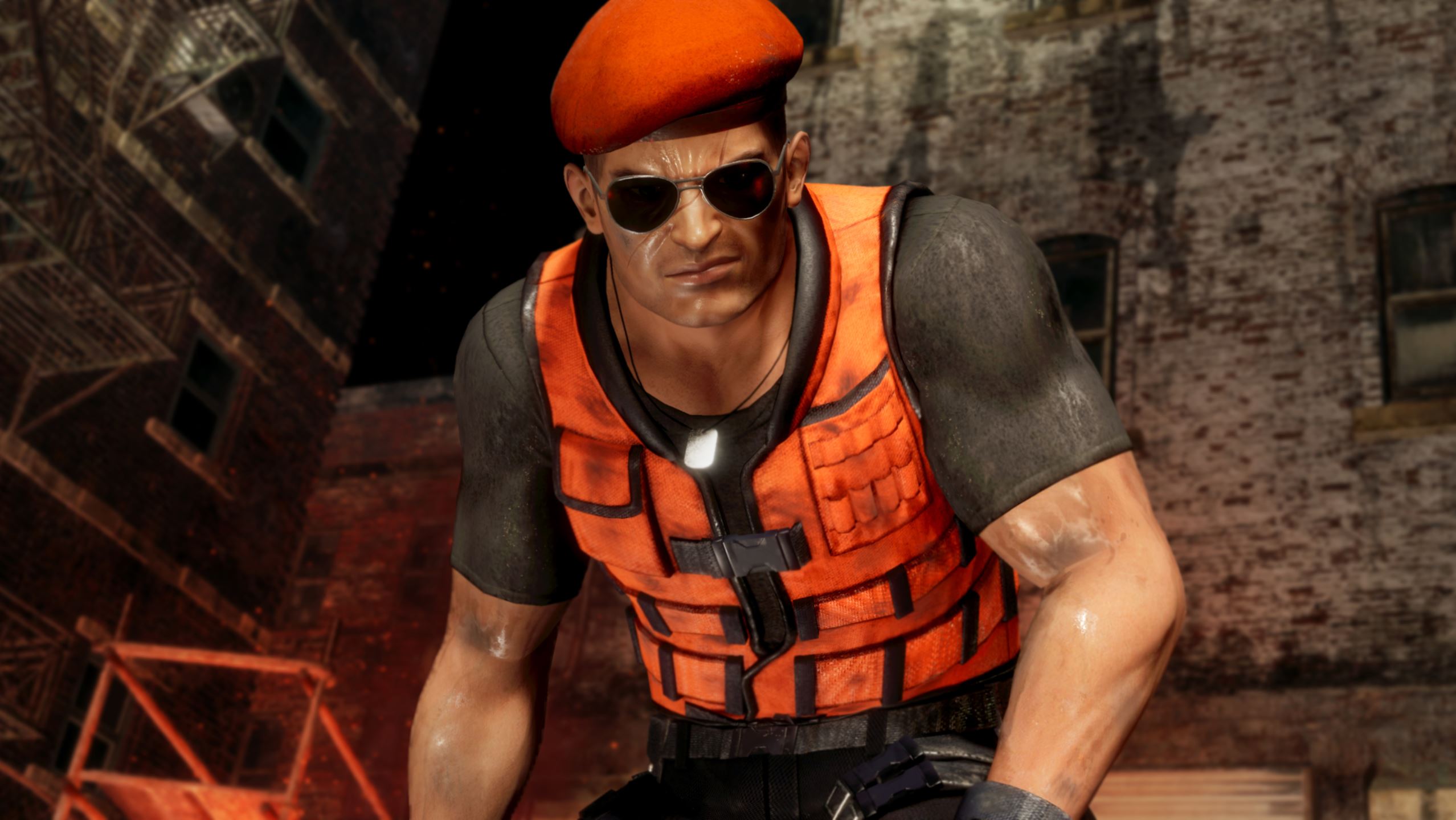 Dead or Alive 6 is scheduled for release on February 15 on PlayStation 4, Xbox One and PC via Steam. It is still in development so there is no definitive answer on who is all in the character roster and what all modes will be included. From the four stages and a dozen or so fighters we have played this looks like it has all the makings to be a strong entry in the Dead or Alive franchise. The special button does make the game more accessible to newcomers, but the complexity of the fighting system remains developed enough where fighting game experts will get to have some fun taking the time to master everything.