If the sentiment hasn’t already been debunked by the likes of Hyper Light Drifter, Owlboy and Stardew Valley to name but a noteworthy few, games that lean heavily on the potentially-indulgent pleasure of pixel art and rekindling the joy of the 16-bit generation aren’t simply an excuse to “not try” in the graphical and visual departments. Maybe it’s some consumer’s incessant need for every game imaginable to look as close to reality as possible — with actual gameplay a relative after-thought — or perhaps it’s the disheartening lack of artistic variety from the industry’s biggest developers and publishers alike, that has led many to believe that smaller studios are also leading us towards a similar visual fatigue.

Whatever the case may be, Dead Mage and 11 Bit Studios are proving the pixel scene (if you want to call it that) is alive and well with Children of Morta — the latter having already proven to herald a commendable publishing portfolio a la Beat Cop, Moonlighter and Tower 57 as of late. One look at the game’s announcement trailer, from its detailed panoramas to its more focal interior shots where flickering flames radiate against surprisingly-detailed textile patterns, shows that Dead Mage are keen in absorbing their potential player base into their own flavor of fantasy. One centered, this time, around a family of warriors tasked with watching over Mount Morta which, as of late, has found itself encumbered by some intentionally vague reference to “corruption” of a sort. 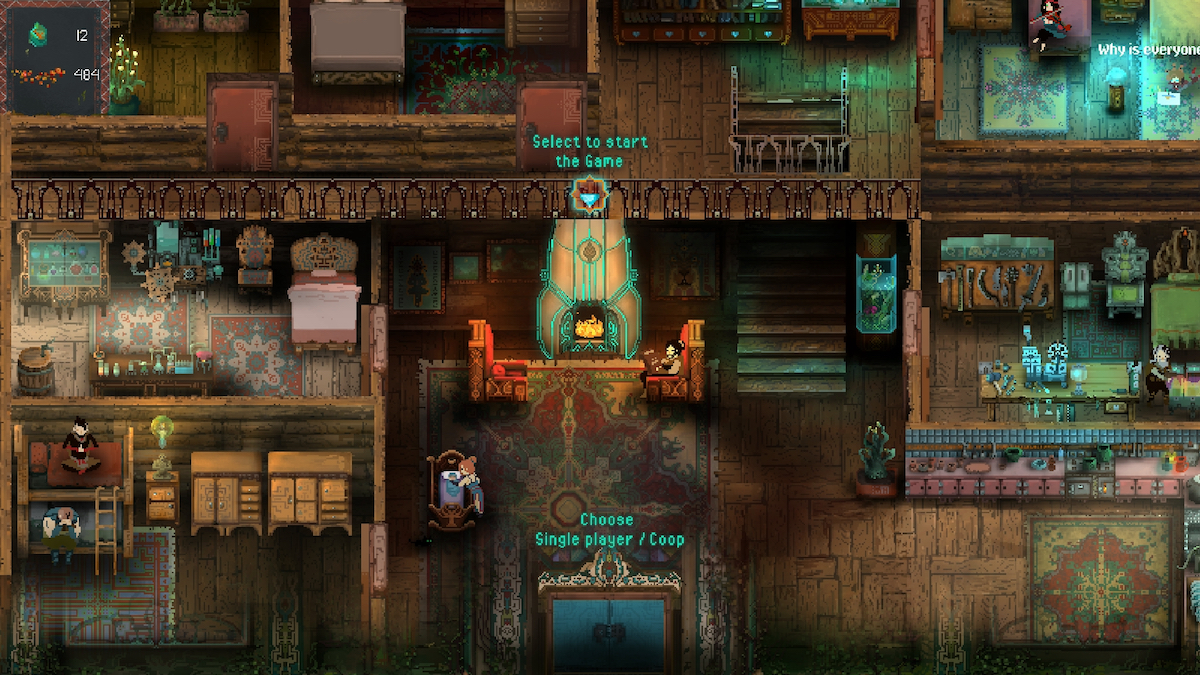 Though the game prefers to describe itself as “roguelite,” it’s the procedurally-generated structure of the mountain itself — where the gameplay, particularly Children of Morta’s Action RPG combat — that pivots most of the attention towards. Though this manner of player engagement is more common than it ever was, that’s not to say Children of Morta’s main hook, the need to complete the next reconfigured shape of the mountain’s depths, isn’t still eager in its need for fulfillment. Even if that presides simply in watching the contrast of flurrying color and tone flash before a player’s screen as the protagonists, the select members of the Bergson family, clash with many a deadly monster.

While it might be fairly standard to find, even expect, enemies spawning in a variety of insectoid, magical and undead characteristics alike, it’s up to the player to work out which course of action is preferable and more specifically, which member of the Bergson’s will suit the situation put before them. Each member of the family, as a result, inheriting their own play-style and manner for engagement, whether that be close-up with swords and axes or at a distance with bows and spells. Children of Morta’s foes are just as unforgiving regardless of your preference — some foes needing the most precise and well-timed of movement and attacks alike, to put down — and if not careful, players will likely find themselves hounded, surrounded soon enough, by hordes of many an assortment of close-range and long-range hostiles alike. 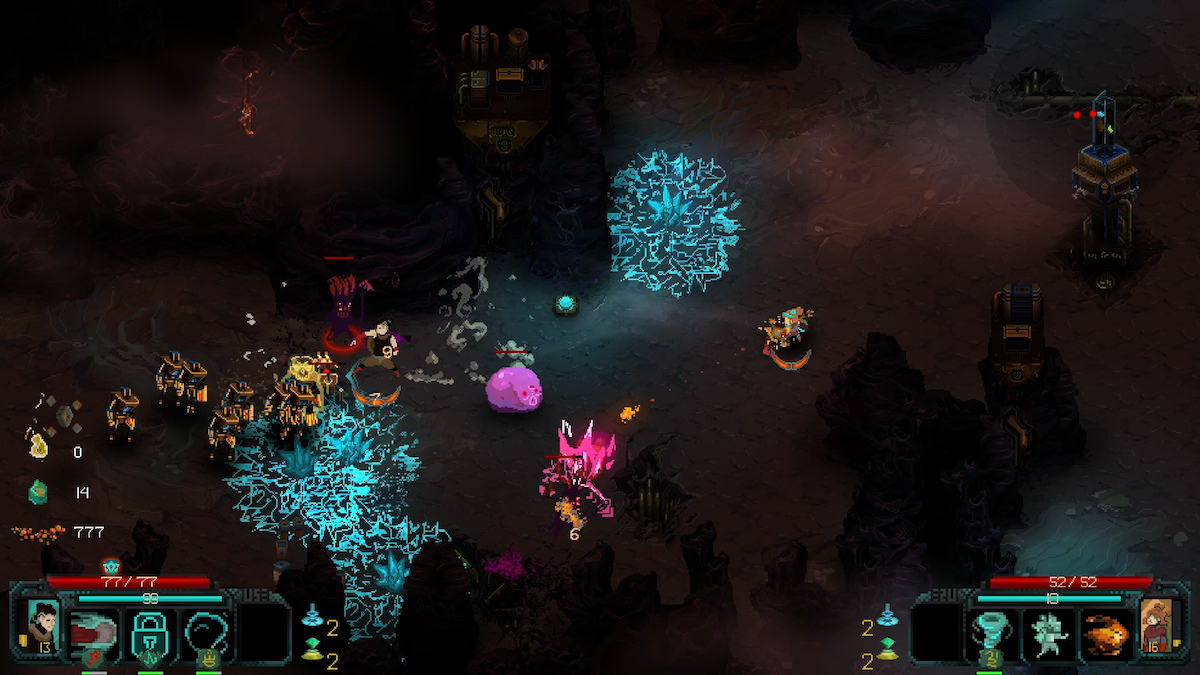 Surprising as it is to see a standalone run fall into such anxiety and uncertainty of whether or not one can survive the onslaught. Such is the pace at which things can shift into a more awry predicament does at least mitigate the usual drawbacks to a game of this ilk whose immersion, in terms of its structure and level layout, can potentially be marred by its clear limitations. Caves, though do alter in the way sections connect and block one off from a desired item alike, instead tend to offer their procedural changes in more subtle ways. For those not completely blown over by the combat — or at least aren’t that fixated to the point they’ll start to notice the familiarity of their surroundings sooner than others — Children of Morta’s decision, like so many others, to go the way of the roguelike, may be its undoing.

Naturally, time will tell if Dead Mage can at least mix things up on the visual/environment side — or at least decide against conforming to the same dank, dreary tone of a interior cave. Because, as covered previously on a piece all about rogue likes, what Children of Morta has going for it is indeed its combat and the clever suckered-in approach in making players feel a little too confident in their work, so as to catch them out. As stated in that aforementioned piece, for a game’s roguelike elements to be a means as opposed to an absolute end — most of all to not seem like a distraction, to not get in the way of what should be an intriguing yet enjoyable core gameplay loop that can stand on its own merits — could be considered a feat in of itself. 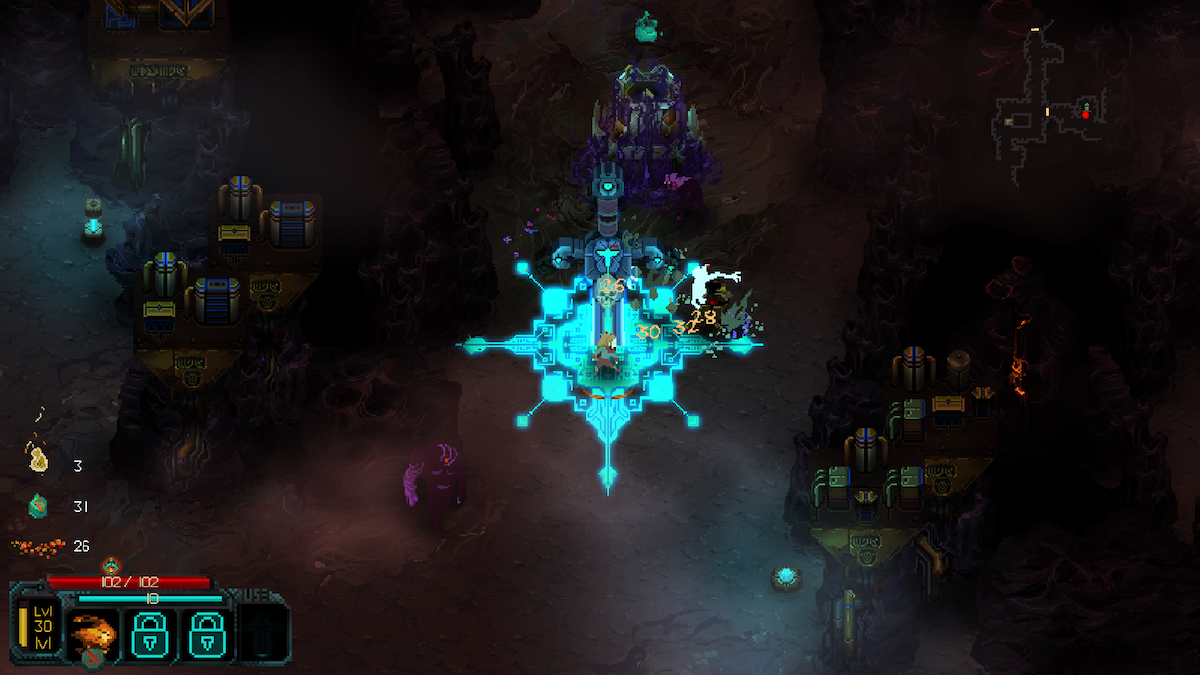 In an age where nearly every other independent release seems to go the way of the procedurally-generated room/dungeon/run/whatever, Children of Morta, from what one has played of it in recent stints and opportune play-time, does come across as if it’s putting its priorities, fortunately, in the right places. While it may be evident that the roguelike elements come to define the longevity of what enjoyment users will get out of many a repeated run through Mount Morta, it’s pleasing to see a game of this ilk offer so much more on the visual front — a front that, in all honesty, is what makes this entrant more appealing to continue with and to keep flinging one’s self at the many deadly encounters lying in wait. The game will be available across PS4, Xbox One, Switch and PC in early 2019. Believe me, the pixel art in parts is rather lovely.