Games in the crossover series of Warriors Orochi have some of the most convoluted storylines around but that can be overlooked since they involve the merging of game worlds that are separated by over a thousand years. For the uninitiated, Warriors Orochi games are combining the worlds of Samurai Warriors and Dynasty Warriors through some sort of supernatural world merging events involving some sort of demon or deity, along with a convenient dose of amnesia so the characters can meet each other again for the first time in each entry and not reference these events in their own games.

Warriors Orochi 4 takes places after the events of Warriors Orochi 3. Based on a conversation with producer Masaki Furusawa, Zeus had been observing the warriors battle Orochi and the Hydra and thought it looked like a great time and he wanted to take part in battling these legendary warriors. Like its predecessor, this title has a ridiculous amount of playable characters, weighing in with 170 characters to choose from which earned Warriors Orochi 4 a spot in the Guinness Book of World Records for most playable characters in a hack and slash game. The bulk of these characters will be from Samuari Warriors and Dynasty Warriors titles. We were told that characters from Dead or Alive won’t be returning in this entry but there will be some new characters such as Greek hero Perseus. Furusawa-san played a new character, wasn’t able to catch the name, but he dual wielded weapons that could transform into a dragon that allowed him to fly across the battlefield. 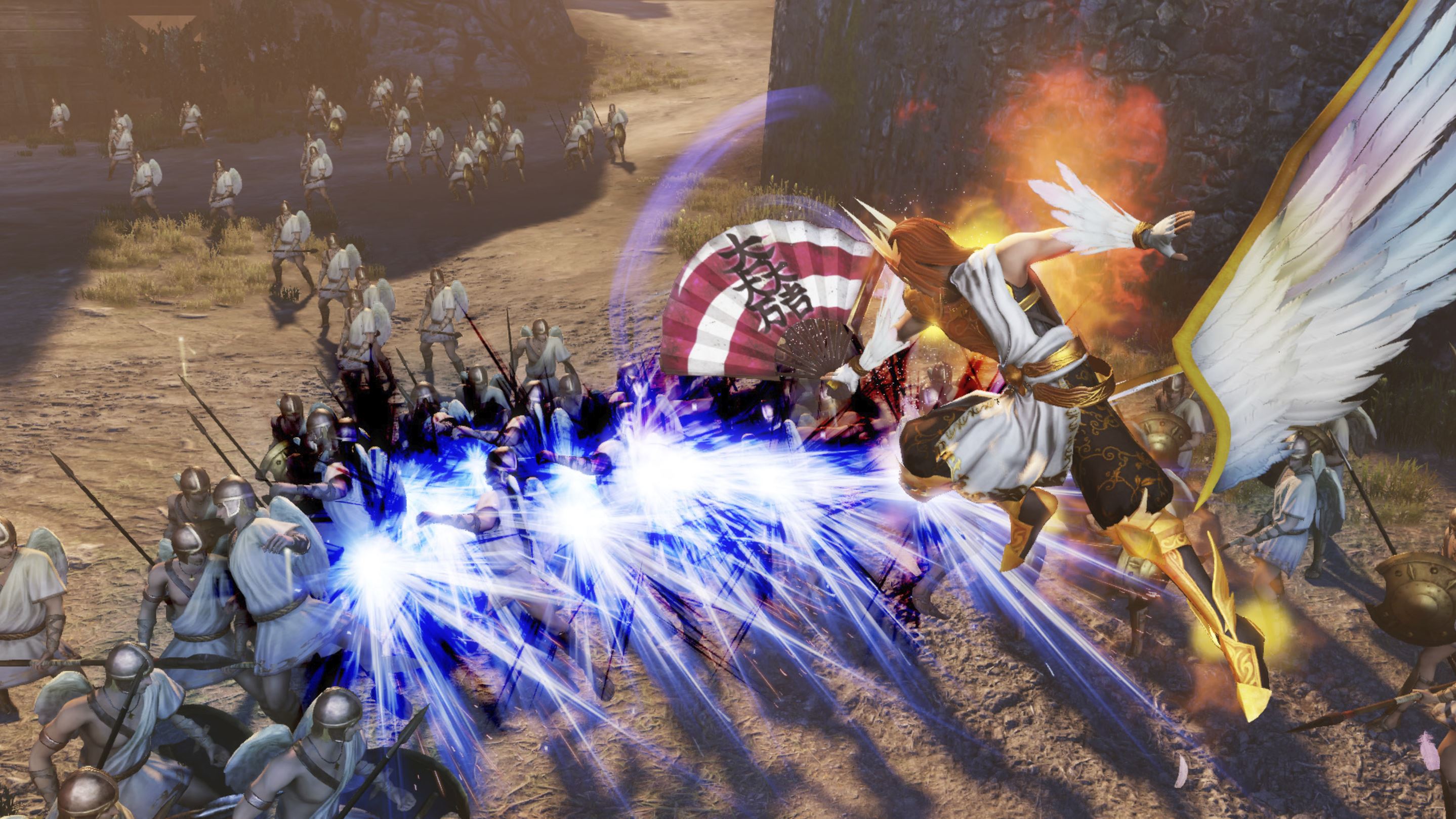 With the single player only Dynasty Warriors 9 and Warriors All-Stars there was some fear that this title would lack multiplayer support, but those worries were laid to rest. Warriors Orochi 4 supports traditional local co-op with the split screen and allows for online multiplayer as well. Players will be able to play through the story battles together online, provided the specific battle has been unlocked. The gauntlet mode in Warriors Orochi 3 will not return, but instead there is the online Arena mode, which supports between two and six players that can be divided into two teams of three. These games are fun on single player but local co-op is vastly more enjoyable, and Koei Tecmo seems to be understanding this as this title allows for both local and online multiplayer.

The core gameplay is the same one against a thousand fast paced action that is in all the Warriors games but there are just enough few features to keep things feeling new enough to stay interesting. All characters will be able to use magic and each character will have a few different magic attacks — there are going to be 170 variations of these as each character has their own unique set of spells. Deification is a special feature where characters are able to temporarily gain the powers of the gods, which unfortunately we didn’t get to see in this demo but it does sound interesting. The Unity Bomb is another new ability added and this is fun. This is where the three characters join forces and unleash a powerful explosion that levels the immediate area of the battlefield, a useful thing to have access to when you’re fighting multiple enemy officers at once. 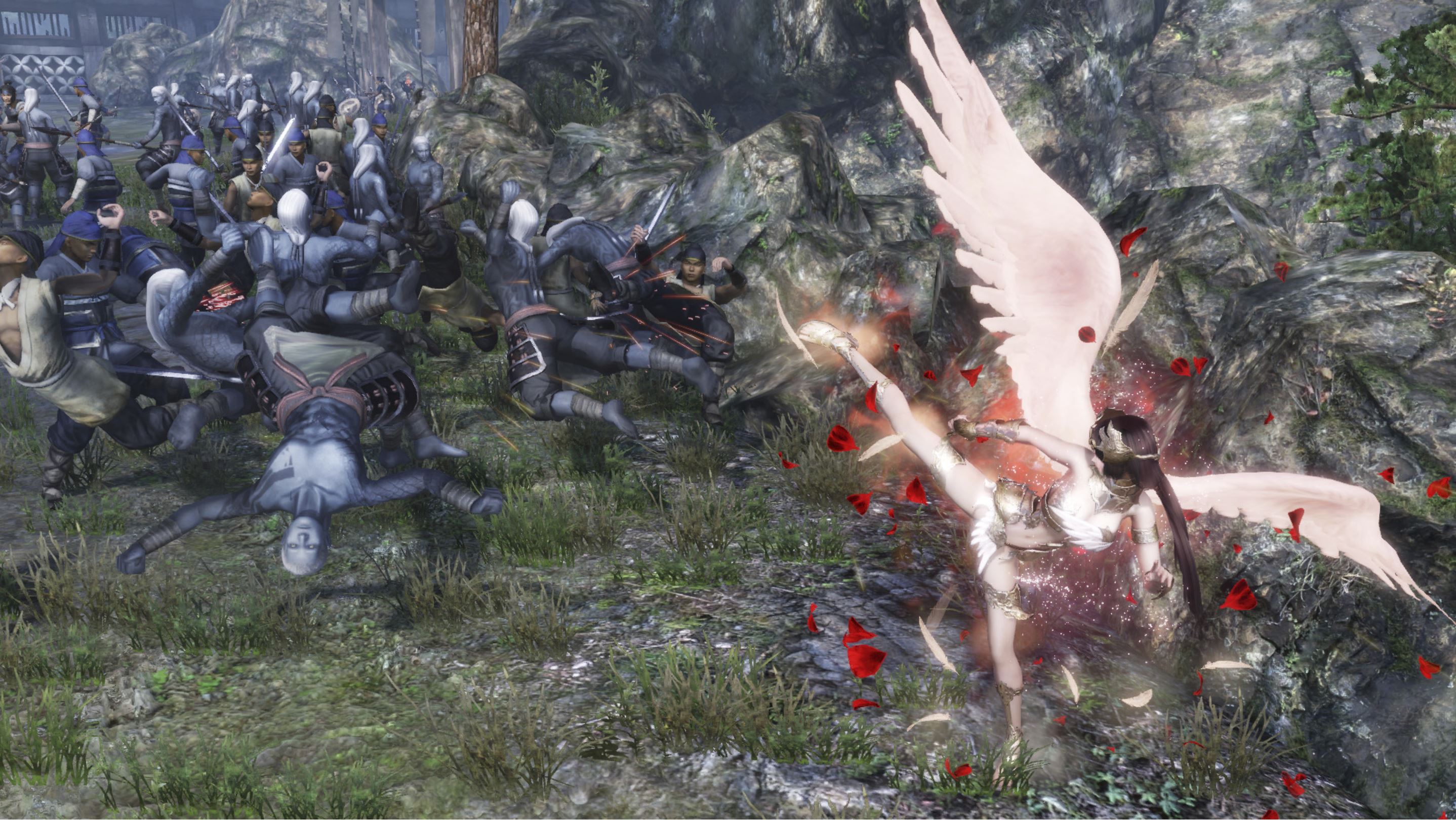 Warriors Orochi 4 is already out in Japan and hits American retail October 16 and Europe October 19 and will be available on PC, PlayStation 4, Switch and Xbox One. From what we’ve played this looks like a worthwhile title for Warriors fans to add to their collection. Stay tuned to Hardcore Gamer for more coverage on Warriors Orochi 4.