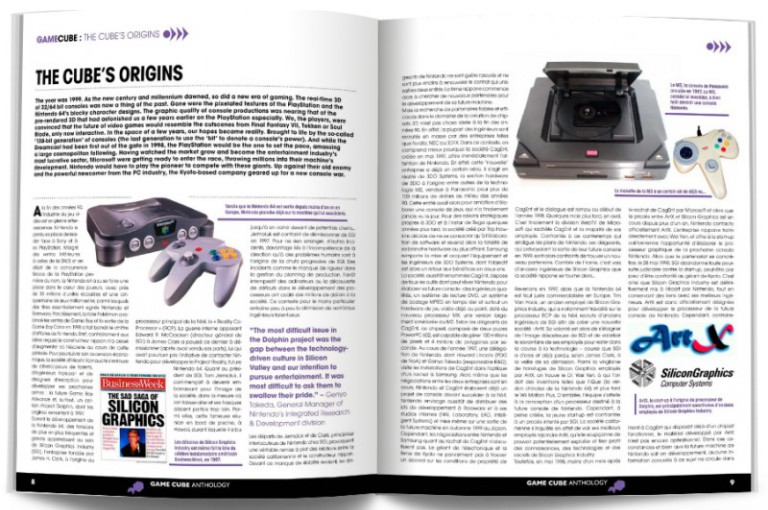 Nintendo is easily one of the most beloved gaming companies in the world. Over the years, this company has brought players all manner of excellent consoles and games. They did, however, stumble every once in a while. One console which never got quite the attention it deserved was the Nintendo GameCube. Originally released in 2001, the cube-shaped console turned heads. Unfortunately, the child-friendly image of Nintendo ensured that many never gave the lunchbox-looking console a second look.

The GameCube Anthology book published by Geeks Line Publishing focuses on all facets of the console. The first section of this massive coffee table book focuses on the history of the GameCube. The beginnings of the system are detailed, as well as the life and death of the system. Even huge fans of the console likely won’t know or remember some of the topics. Regional topics like the Cube Club in North America and Space World convention in Japan are intriguing side notes. 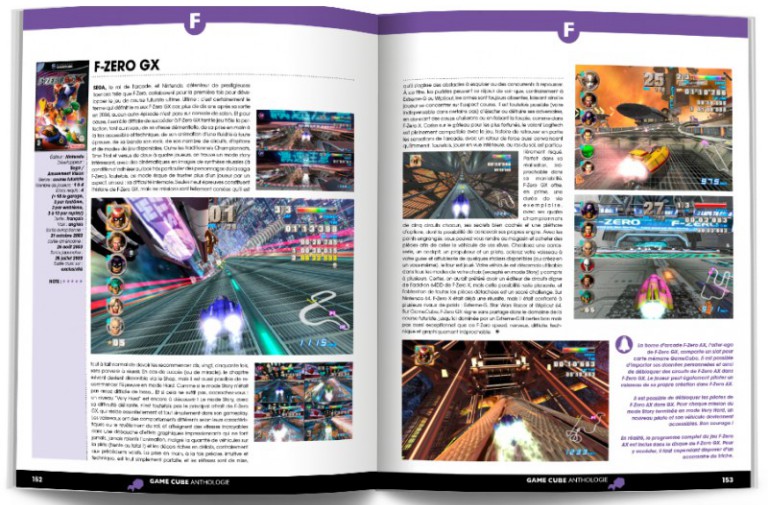 The next section of the book is devoted to variations of the GameCube. Expect to see images of every single edition of the system that has ever existed in any region of the world. Sure, we all know the silver, black and purple console iterations. But have you seen the Hanshin Tigers honoring the Japanese baseball team? Each version of the system gets a blurb about it to provide context. Of course, oddities such as the DVD-playing Panasonic Q also receive coverage. No stone was left unturned when it comes to console variations.

After these sections comes the real meat of The GameCube Anthology. Contained within hundreds of pages are write ups for every game released on the system. Regionality is not a factor, so each game is only covered once. Titles exclusive to certain regions are covered as well. Expect to become a walking encyclopedia of GameCube games if you choose to read this section in its entirety. As is, the book provides an exceptional reference for the games on the platform. There’s even a section on unreleased/canceled games. 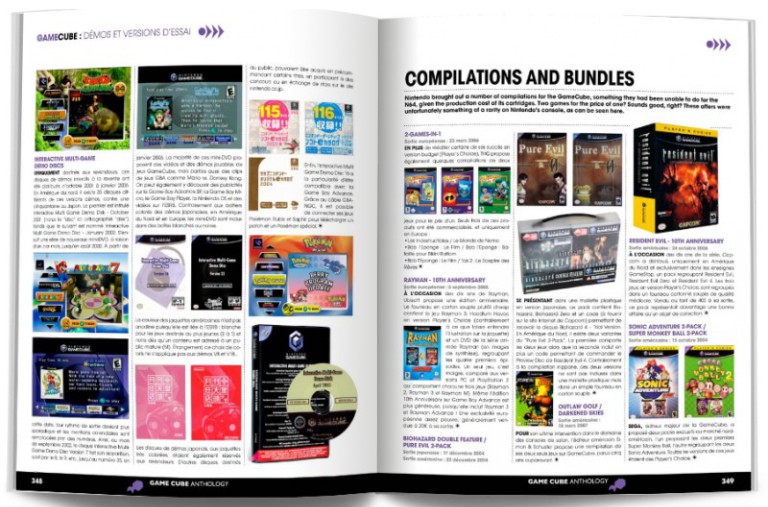 If there’s anything to complain about with the book, it’s that it was created to appeal to European gamers specifically. Obviously every gamer can read and enjoy the book, but certain companies are focused on which were not nearly as enamored by North American fans during the era. These books also always tend to speak in reverential tones at times, as if whatever being discussed is the best game/product there ever was. It’s a small annoyance and you get used to the tone after a while.

Despite being so many pages, the publisher didn’t skimp on quality. Each page is printed in color with high quality, gloss coated paper. Right now the book is only available in hardback. Notably, multiple editions were released for The GameCube Anthology. The cheapest — the Classic Edition — is $49 and is the version being discussed in this article. True collectors probably already hopped on the other two options, as both are out of stock. The Collector Edition offered up a complete list of all games in all regions for fans to check off as they filled up their collection. The Ultimate Edition added in a whole other 200 page book devoted to GameCube box art.

Any GameCube fan should pick up The GameCube Anthology. It’s a dedicated book that gives the system ample attention. If you prefer another console, then it’s still work checking out Geeks Line Publishing ever-increasing library. They continue to crank out similar Anthology books for different consoles on a regular basis! Their books are available via the official Geeks Line Publishing site as well as on Amazon.