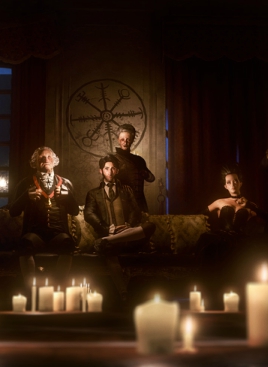 From its excellent debut with Episode 1: The Mad Ones to maintaining that momentum with Episode 2: Hide and Seek (albeit hitting a couple of snags along the way), Big Bad Wolf took the necessary strides to ensure that it pushed The Council into the right direction. It has continued to demonstrate the French developer’s willingness to experiment with different ideas in episodic gaming and how RPG mechanics could — and would — create a unique experience. Meanwhile, Episode 3: Ripples set the main stage for the narrative and took the storytelling to the next level, though the episode was blighted with technical issues. While some of those problems remain present in Episode 4: Burning Bridges, the studio has been able to bounce back and strengthen the position of its episodic series. Now, all bets are off the table in this episode. Just as each character’s agenda becomes clear — or what feels like that at times — the story seamlessly throws another curveball into the mix. It’s where the studio enters into its element, producing an enthralling penultimate episode that will leave many players in awe.

Following on from a nail-biting cliffhanger in the previous episode, which could prove to be costly depending on the final choice made, Louis and Sarah Faustine de Richet are finally able to enter the crypt beneath Lord William Mortimer’s manor. It’s from here where players are presented with the immediate challenge of identifying the Holy Lance. Yes, the same one that was used on Jesus Christ when he was crucified on the cross. It’s never a straightforward task in The Council, however, as the entire catacomb is littered with different variations of the Holy Spear. Sure, players are sent on a fetch quest to piece together the research needed to find the real ancient artifact, but it still provides an entertaining way to kick-start the episode. Big Bad isn’t afraid to ease its foot on the opening momentum in Burning Bridges and sacrifice it in order to nicely set up the main bulk of the episode, with brilliantly executed plot twists and turns waiting to be sprung in the remaining two acts.

Once Big Bad started to dabble into the idea of daemons in The Council, it could easily have shifted down a long, bumpy road that ended in disaster. Burning Bridges, however, stabilizes that trajectory and puts into motion a compelling narrative for the final episode to take advantage of. Despite being a rudimentary plot device for some people, the fact that the studio provides an explanation for Mortimer’s servants wearing masks allows Big Bad to set itself apart from most developers in episodic gaming. It could be easy to brush aside even the smallest of plot points, putting more of its full, undivided attention into the main story. That’s not the case in this instance. In fact, the developer has shown every desire not to leave any stone unturned and to connect all story threads going into its finale. Even if it does sound a bit cheesy, there are no bridges burnt between the players who have invested their time in the story and how far the title has come since The Mad Ones. 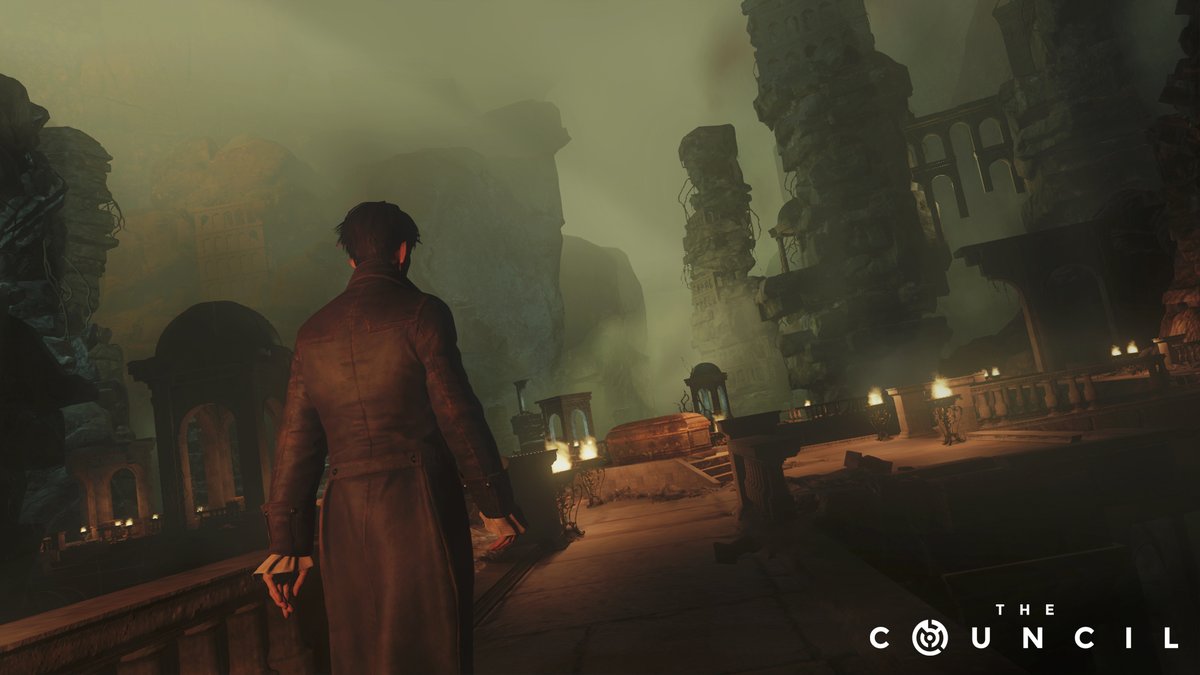 The Council’s choice-based system continues to flourish in Burning Bridges and has a lasting impact on almost every decision made over the course of the story. They are spread out evenly across the episode — like its predecessors before it — and enhance the overall storytelling experience. Big Bad retains its ability to effectively drop characters in and out of the story at different points, reiterating an attention to detail that is required with such a wide-ranging cast of characters. It’s not all perfect for some characters, though. Manuel Godoy, for example, seems to have faded into obscurity after Hide and Seek, especially as he is one of the characters where interactions are extremely limited outside of the story. It’s also disappointing for the writing to fall below average again, which hinders any potential for the voice acting to redeem it.

It’s easy to praise storytelling above any other factor in episodic gaming, but The Council could not — and should not — be based on that merit alone. Gameplay in Burning Bridges proves to be a refreshing experience, mainly for how Louis has unlocked the ability to read people’s minds. It not only fills in a major plot point of why he would have visions, but it also benefits the title for another reason: most developers would stick with the formula up to the very end, showing little desire to shake up the experience. Big Bad has reinforced why its formula can change the complexion of episodic gaming, as it puts an equal focus on storytelling and gameplay. For a penultimate episode, it’s simply amazing to see a new feature added into the fold and work impeccably alongside the other RPG mechanics. Louis’ latest ability, ‘Thoughts Readings,’ is balanced and is an important factor that works in its favor. Players must use ‘Essence’ to harness this ability, allowing them the chance to read a character’s mind. That is offset by the fact that it can be damaging to use on a fellow daemon. Thoughts Readings combines perfectly with a manipulation task towards the end of the episode, highlighting once again that the puzzles are the best in any episodic series. 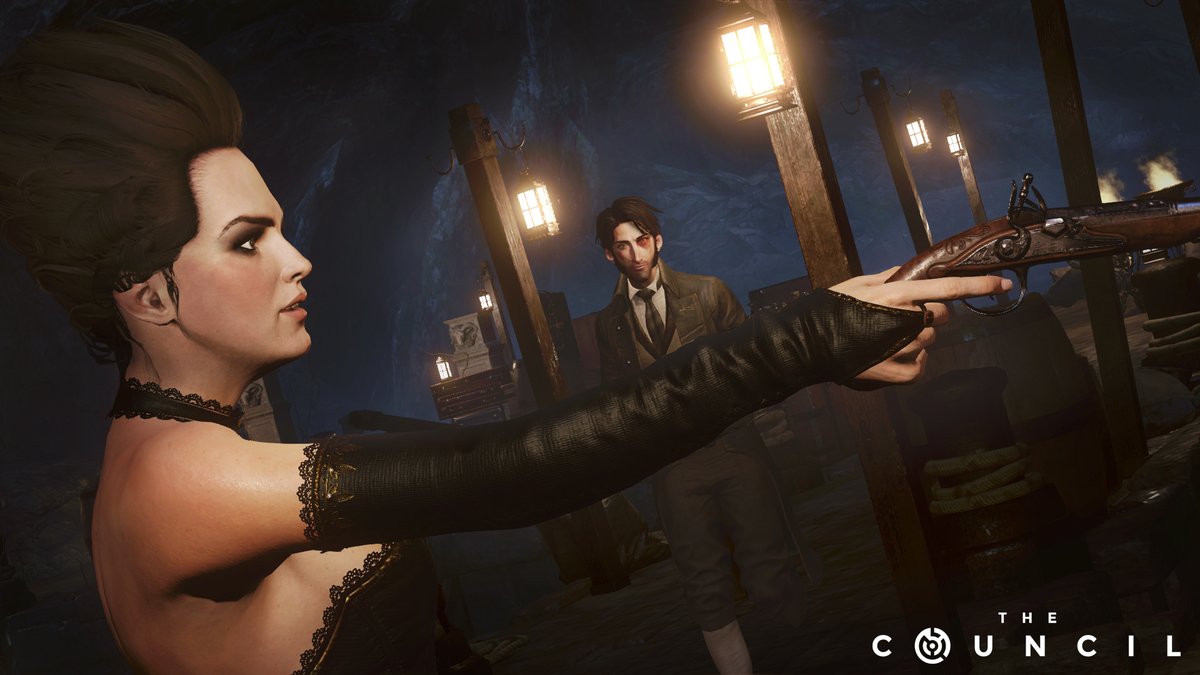 Burning Bridges is a showcase of The Council’s mechanics in full effect, with players now able reach a high level of progression with Louis and reap the benefits of his different abilities in all three classes: Diplomat, Occultist and Detective. Despite unlocking new traits, there are checks and balances in place to control how powerful players feel in different character interactions and puzzles. Sure, items can be scavenged across Mortimer’s island, but the more that players need to rely on Louis’ abilities, the more difficult the experience will become in certain encounters when supplies have been slowly chipped away at over the course of an episode. Confrontations, the beating heart of the title, have not lost their charm or appeal. Even when it’s least expected, players can find themselves dealing with another obstacle in their adventure. In fact, it’s coupled with how some Confrontations only offer one shot to answer correctly, ultimately creating a tense encounter from start to finish.

It has been an all-too-familiar theme up to this point, but The Council is truly scarred by technical issues. From episode to episode, Big Bad has been able to smother some of those issues temporarily, while in other cases it has dented the overall experience. Burning Bridges suffers from bad lip-syncing issues, especially when dialogue is spoken and a character’s mouth doesn’t move. It’s even more prevalent when it’s combined with facial animations, showing characters staring into space rather than looking at each other when they talk. If it’s not the frame rate dropping at different points in the episode, then players will come across different bugs that include character animations being stuck after an interaction. In technical issues alone, the studio finds itself falling short of tapping into the full potential of the title and unlocking the doors to one of the most consistent experiences in episodic gaming to date. 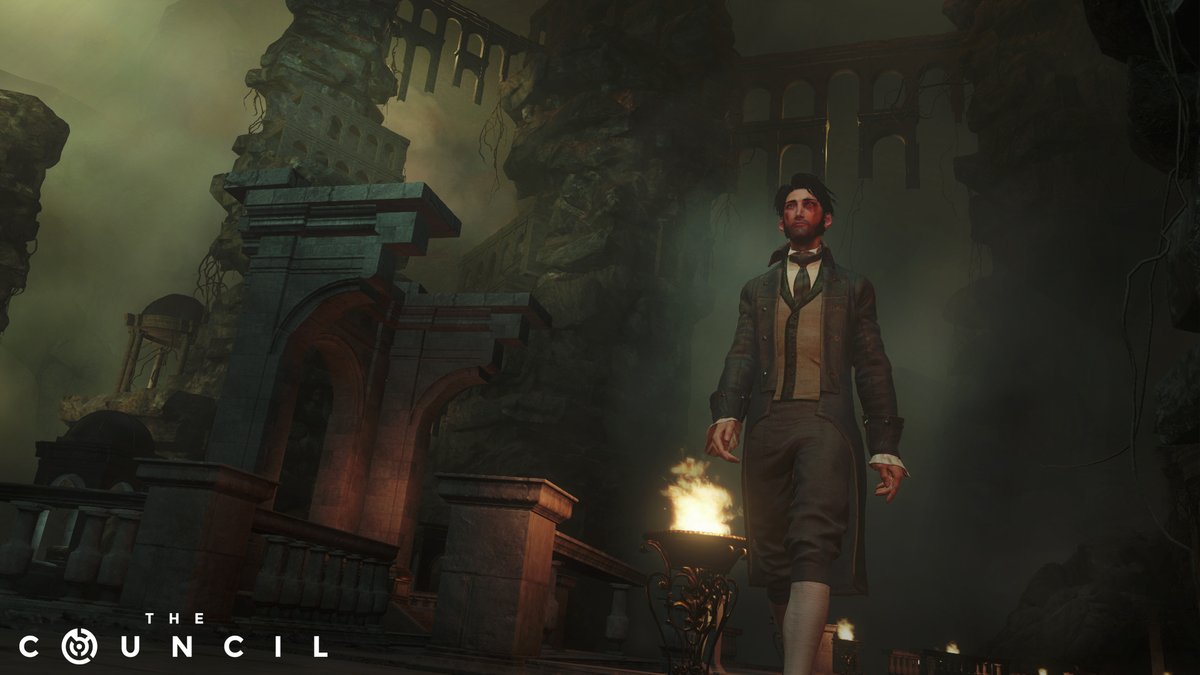 When players are able to reach the intriguing finale Burning Bridges poses, the final decision shows that the battle lines have been well and truly drawn. It’s a fitting moment that encapsulates why players have stuck with The Council up to this point, despite the technical issues that have reoccurred throughout all four episodes. Big Bad’s story has developed from an interesting concept on paper to an engrossing narrative with each and every moment. With the recent demise of developer Telltale Games, the future of episodic gaming has been left in murky water. On the other hand, it is not a problem when studios like Dontnod Entertainment with Life Is Strange 2 or Big Bad with The Council have offered something different from Telltale’s repetitive point-and-click formula. The studio’s RPG mechanics have changed the landscape of episodic gaming, with the fourth episode reiterating that statement through the introduction of a new gameplay feature. Irrespective of its technical flaws, the studio can hold its head high with its effort on the penultimate episode, creating the perfect springboard for Louis’ story to reach the studio’s apex of storytelling in its finale.