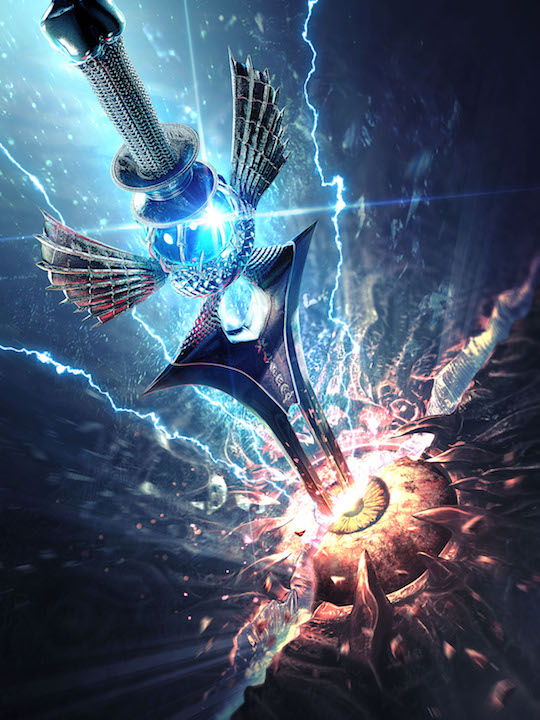 In 1999 an ambitious but ultimately ill-fated console called the Dreamcast was introduced to the world. One of the launch titles was Soulcalibur, which despite the several numbered Soulcalibur sequels, was actually the sequel to Soul Edge. While the legend of the Soul Edge and Soul Calibur will never die as the tales of these legendary swords continue across the stage of history, their blades have dulled a bit over some of the later titles. Soulcalibur III, IV and V are worthwhile games but their souls didn’t burn with the same intensity the earlier entries. When Soulcalibur VI was first discussed it was intended to revitalize the series by merging some of the great qualities of the earlier titles while also pushing the series forward. Soulcalibur VI is a reboot of sorts for the series, retelling the events of the first two Soulcalibur titles.

Soulcalibur VI feels like a throwback to the first two titles from the get go. The available roster of twenty fighters introduces a couple new faces to an otherwise familiar roster for long time fans. Astaroth, Cervantes, Ivy, Kilik, Maxi, Mitsurugi, Nightmare, Raphael, Seong Mi-na, Siegfried, Sophitia, Taki, Tailm, Voldo, Xianghua, Yoshimitsu and Zasalamel all make their return. Azwell and Grøh are two new fighters making their debut appearance, and in keeping with the series tradition of including popular guest characters from other franchises, we have Geralt of Rivia from some Polish series of books about something called a Witcher that was adapted into a mildly-popular series of video games.

The different modes of Soulcalibur VI offer up a generous amount of content. There are the modes that are standard for fighting games, such as Arcade where players will fight against a steady progression of other fighters in one on one battles. Versus is where players can take on CPU opponents or their friends, either locally or online. There’s a training mode where players can hone their skills and master each character’s craft and there is a museum where character art and bits of the story can be unlocked through game progression or purchased through earned soul points. 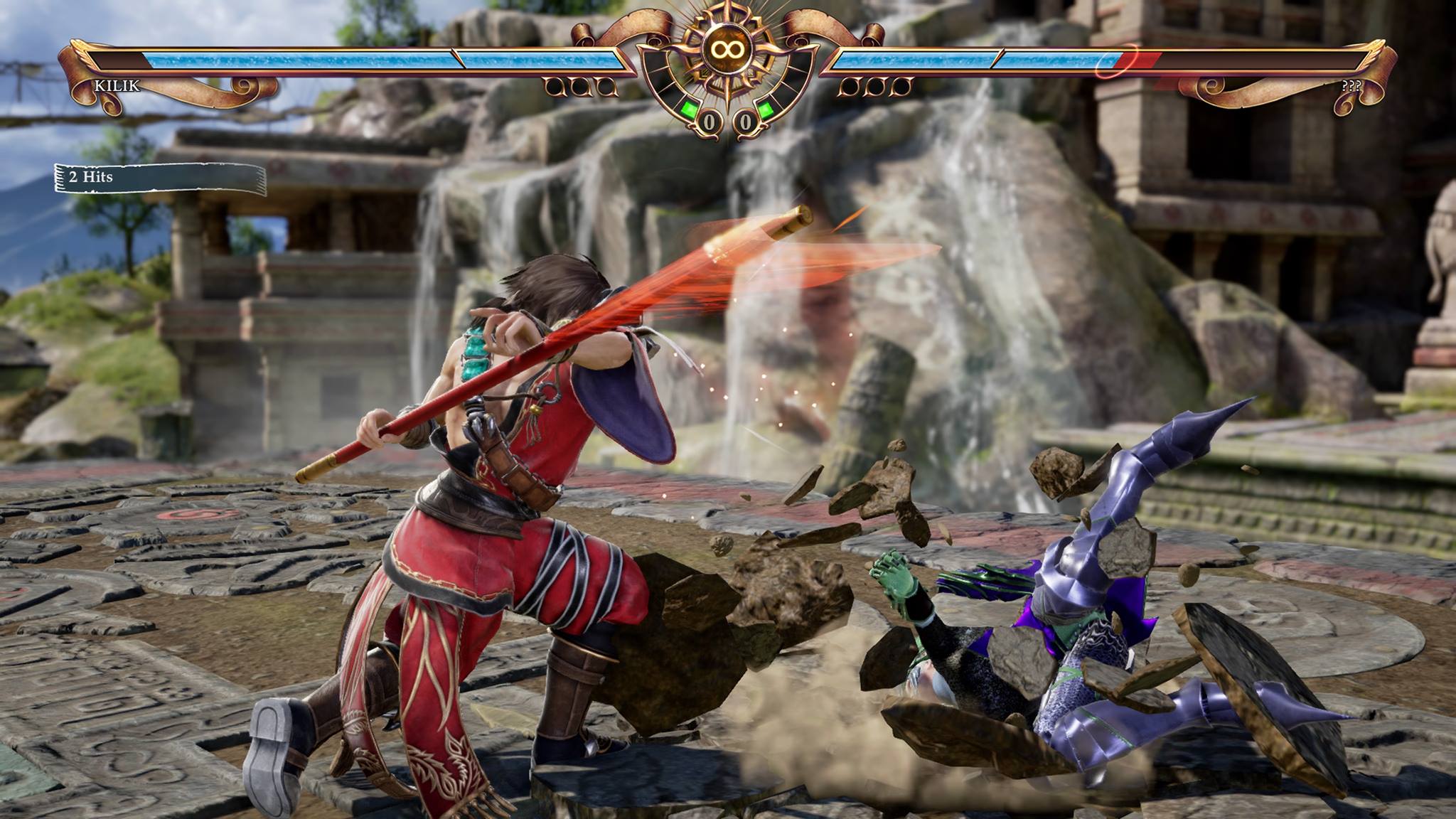 Then we get into the modes that help make Soulcalibur VI a bit more unique. Character creation isn’t a mode that is unique to this game, but is one of the more fun activities, especially if the player has an abundance of time to kill and an creative itch to scratch. This allows players to build and design a character from the ground up with several different options for appearance or use an existing character as a base model. Characters will fight with the style of the character who’s weapon they have equipped, so the fighting style in the character creation is limited to the characters included in the game, which is probably for the best since programming fighting moves from scratch sounds like a technical nightmare. In a nutshell, character creation is designing the appearance of a custom fighter who controls the same way as any of the existing characters. As the internet has already proven, there’s great potential for a player’s creativity to run wild with the possibilities, creating characters from a vast range of fantastic to bizarre.

Story and exploration are highlights of Soulcalibur games and this is an entry that covers both these traits with a separate Story Mode called Soul Chronicles and Mission Mode called Libra of Souls. Soul Chronicles is a retelling of the events from the first two Soulcalibur games and the history of the cursed blade Soul Edge. The main storyline centers on Kilik and how he got mixed up in the tale of these legendary swords, but Soul Chronicles has an individual tale for each other of the other characters. The story progresses through dialogue and still image cutscenes, broken by battles with the characters encountered on the journey. There is more time spent on actually telling the story than fighting, but this mode is actually engaging. A fair comparison would be to the individual story modes in Street Fighter V where a story is told between fights, but this mode is much more fleshed out, both in terms of number of battles and story quality. 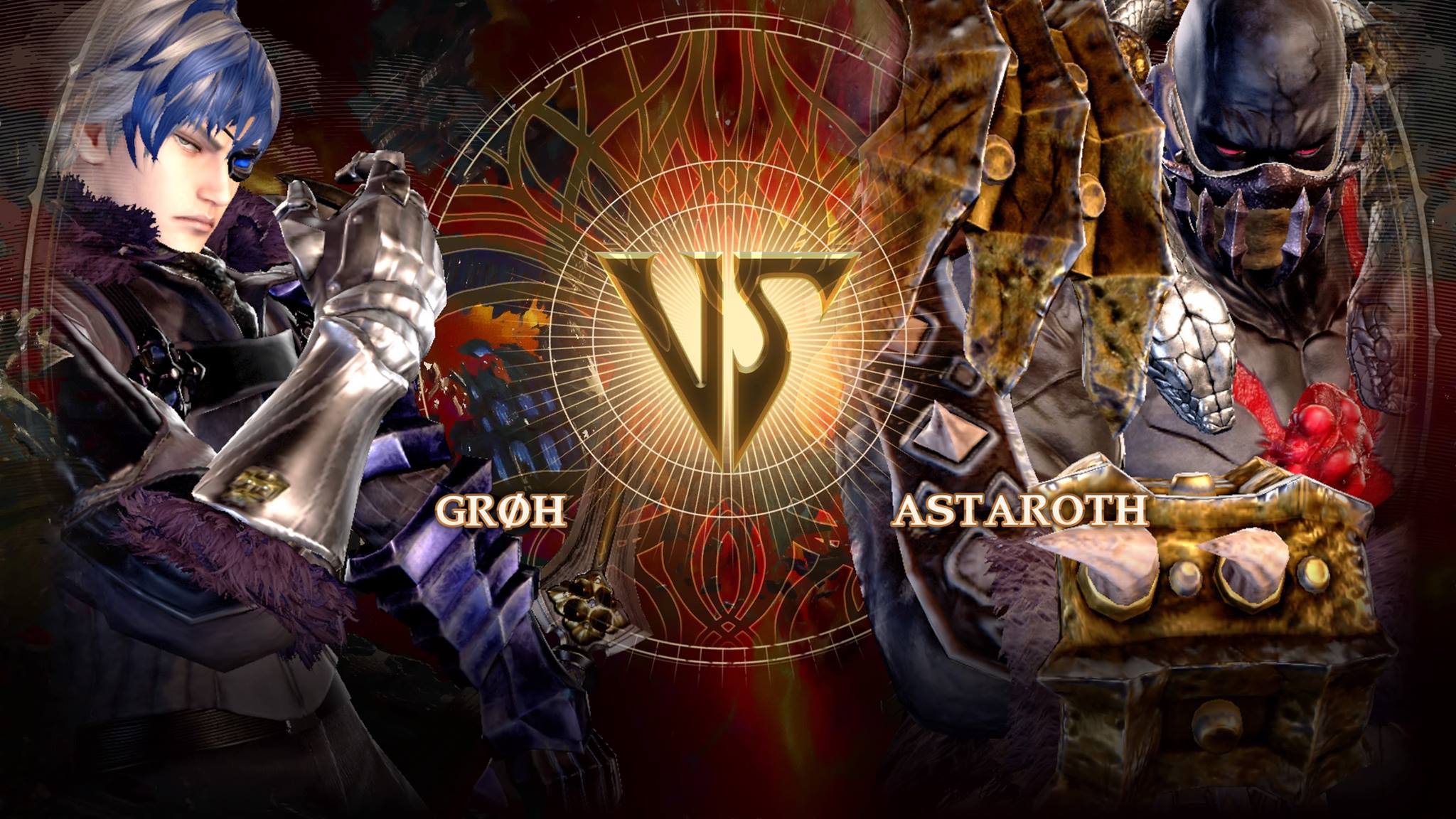 Libra of Souls is an example of how the developers attempted to return Soulcalibur VI to its roots. Similar to the Weapon Master Mode of Soulcalibur II, the player creates their own warrior to travel across the world in search of greater weapons and battle. The character learns they are suffering from a condition where they are malfested and need to absorb Astral Fissures in order to stay alive since the Soul Edge has a tendency to infect those it has contacted with some evil form of corruption. Like Soul Chronicles, this mode is extremely text heavy but uses standard RPG carrots to keep moving the player forward. Players will gain experience levels which will increase their health bar and allow to equip more powerful and different looking weapons. The player is free to travel to areas where main missions are to advance the story or take on a number of side missions. Travel does drain money from the player rather quickly so that is something to be mindful when searching the map.

Special battle conditions are standard fare among Soulcalibur titles and Libra of Souls has no shortage of these. Some of these battles can be frustrating, such as having one life to beat three separate opponents in a very slippery arena where falling victim to a ring out defeat is more probable than being bested by the opponent. The silver lining is most matches in Soulcalibur VI are extremely short, so even if a battle takes multiple attempts to beat, it only eats up a couple minutes. The dark side to the silver lining is the text-based story exposition is almost always longer than the actual battles. In spite of this minor complaint, Libra of Souls and Soul Chronicles provide hours of story content and exploration options, making Soulcalibur VI a worthwhile single player experience. As a reboot, the story is the familiar tale we heard in the early games, but the new perspective prevents it from feeling like tired retread. 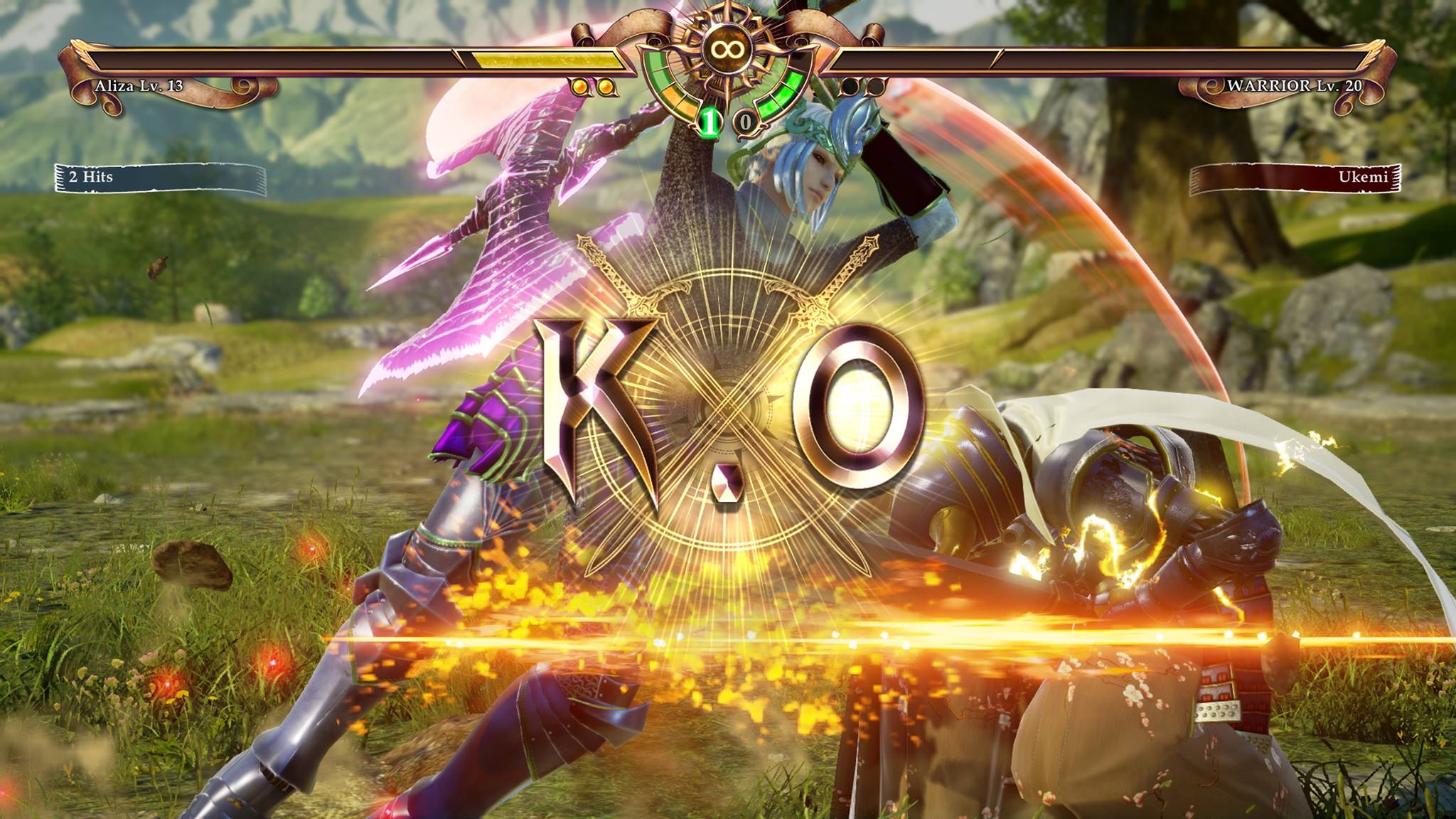 The mechanics of Soulcalibur VI are more or less what fans of the series have come to expect. Soulcalibur VI is forgiving and accessible enough where newcomers and casual players can learn the ropes rather quickly and have a good time with the game, but hardcore fighters will need to spend a lot of time to master the various nuances of each character’s battle style. A new addition to this title is the Reversal Edge, which is activated by a single button that triggers a rock paper scissors game between the three main attack buttons if properly timed. By hitting the proper button and winning the the conflict the battle can momentarily be filled with cinematic flair as the winning character rains death on their opponent.

The visuals of Soulcalibur VI follow the same style as all the entries, and while the graphics aren’t bad by any means, they don’t impress the way other titles have. The backgrounds are detailed and filled with vibrant colors, but the character models look as though they came from the end of the last console generation’s life cycle. The original soundtrack is impressive though it doesn’t deviate too much from what we have heard in the previous entries, and the English voice acting leaves something to be desired, thought his isn’t particularly bad compared to many other game language localizations. Online play runs smoothly with short wait times between matches and watching other people’s custom creations in action is reason enough to log on. 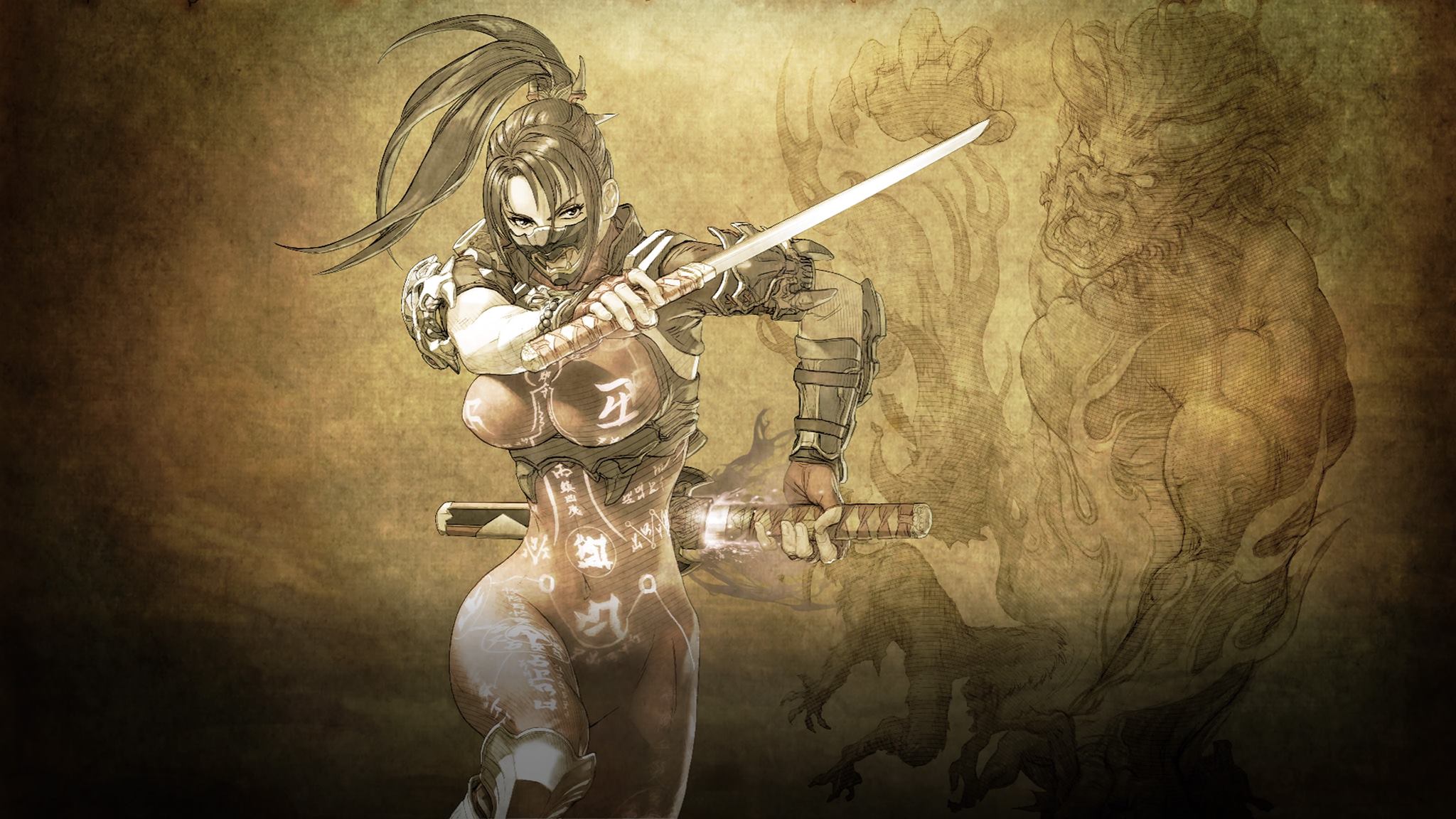 Soulcalibur VI revitalizes the once great franchise and returns it to the glory days of the first couple entries. The single player modes are loaded with gameplay and story content to provide hours of entertainment, with the exploration and RPG mechanics encouraging players to continue the game session in search of new and more powerful weapons. As a fighting game, the single player content is only half of the equation as most people will want to go head-to-head against their friends. The combat system in Soulcalibur VI is nuanced and deep enough where those who want to master craft can devote hours to perfecting their battle skills, but it’s also accessible enough for newcomers to have a chance. The Soulcalbur franchise never became bad, but has dulled with some of the more recent titles. Soulcalibur VI blends what made the first couple games so memorable and incorporates modern elements to move the series forward, resulting in the most enjoyable Soulcalibur title since 2003.