One of the many enhancements Hitman 2 received is stronger cameras. While they’re still able to capture you and ruin a Silent Assassin rating, if you’re doing something you’re not supposed to and someone is behind the monitor, which they generally are, they will become alerted. To minimize unfortunate encounters, there are systems that need to be taken care of, which will disable all cameras on the map.

You can just simply shoot them, although that might draw attention, or you can simply walk up to it and interact with it, but make sure no one is around to see you deleting the data. Here is all the locations you can find them in the six missions throughout Hitman 2.

While you’re instructed to destroy the cameras anyways, you may as well delete the evidence while you’re at it. This is located in the safe room on the second floor right next to the thumb drive you need to access the computer and progress the story. 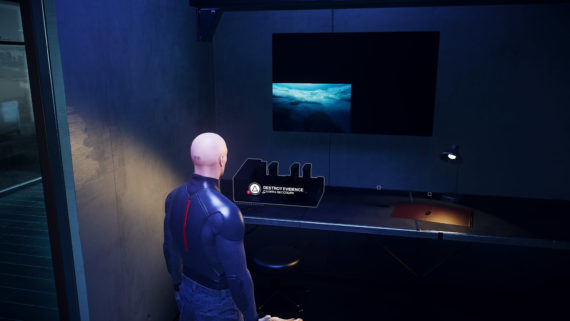 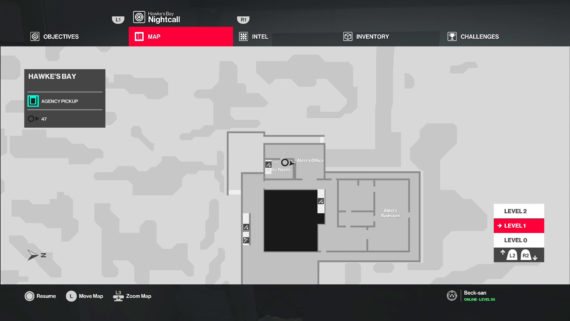 One of my favorite levels, the security rooms are fairly easy to gain access to, at least one of them. If your’e able to get into the backstage of the racetrack, all the way to the north, or at least the northern part of the map, as I think it’s actually south based on the compass, and there should be a staircase going up, right next to a race team’s garage. Go up the stairs and you’ll find a door, which is frequently defended by a guard who walks up and down the hallway. There are only two guards in here, so they’re not hard to take out, especially if you go around the corner and turn off their power in the next empty room.

The other security room is a little harder to gain access to. You’ll first need to get access to the main building outside of the race track where one of your targets is located. You’ll have to go all the way up to the top level (3) and on the south most part of the map you’ll find an unmarked security room one, sometimes two guards are in. It’s right outside of the helipad. 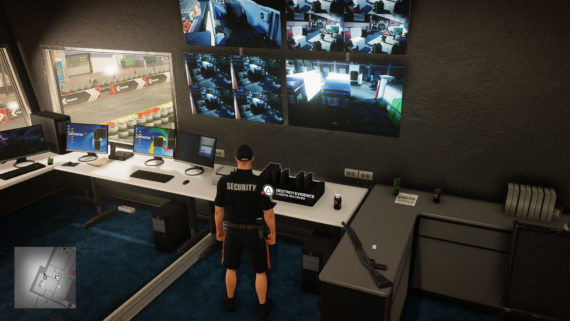 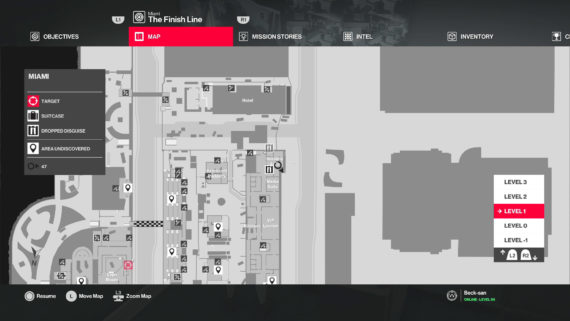 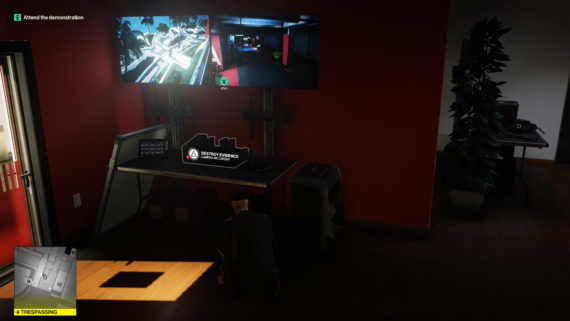 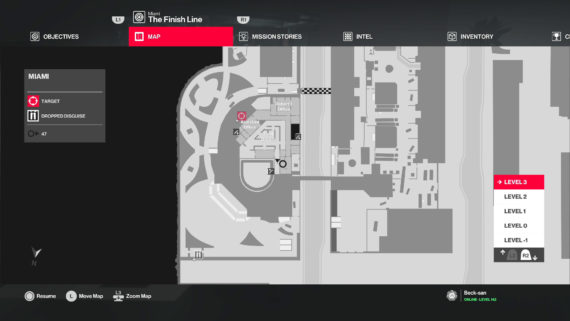 Despite its size, Santa Fortuna doesn’t have as many cameras as you’d think. The main two are within the vicinity of the main villa, one in the basement, and another deeper into the basement. It’s actually surprising they’re so close to one another. Anyways, you can get to the main one by infiltrating the villa and taking one of the two stairs downstairs. There will be guard going back and forth in one hallway, talking to another. He’ll see through your guard disguise so you’ll need to time this to get in the middle room. Here there are two guards, a safe (with the combination) that includes a package bomb. This is first and arguably easiest to get.

The next, in the same room, you can find a staircase down to the “Smuggling Cave.” Here, hang right where you’ll find a submarine, and immediately go through the door to the left. There will be one guard you’ll have to be wary of, but otherwise it’s just to the left when you enter the room. 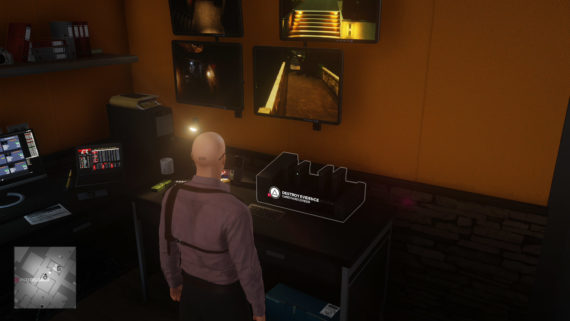 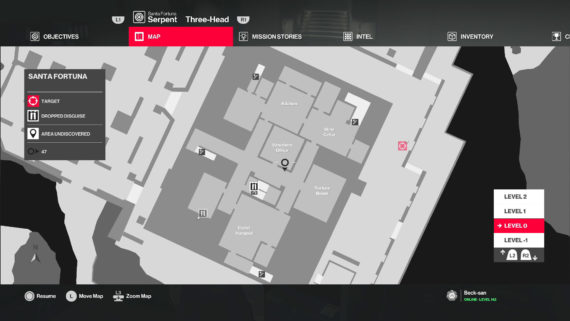 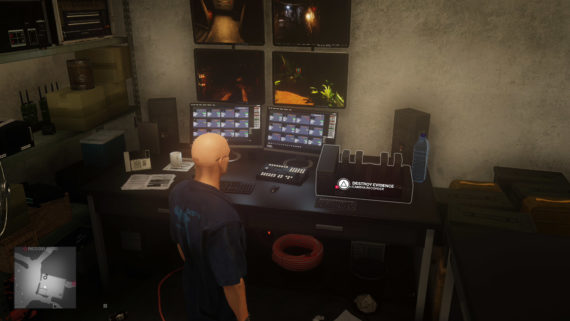 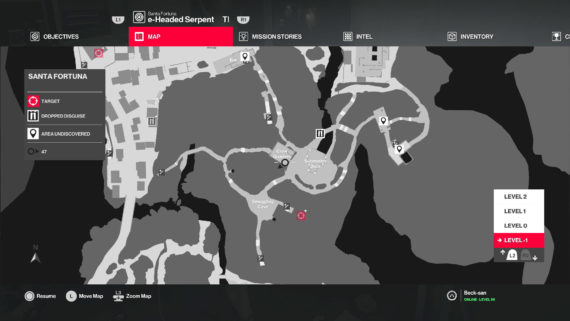 This is one of the largest maps in Hitman 2, so there are a couple to be found. Most of the map doesn’t have any cameras, with the exception of the train yard and the construction site. For the former, it is located in the south most train right next to Vanya Shah’s Carriage, which can be entered through the back of the yard. Be sure to utilize the tall grass to sneak up on some of the guards. Otherwise, there’s only one guard in the car and will be easy to take down.

For the construction site, the camera evidence is located on the third floor (one level above when you enter the building). You will need a keycard to access this area, which can be found through the door next security room; just hang a left and go into the storage room to grab the card, alongside some rat poison.Watch out for a single guard going up and down the stairs in the middle of the security room. 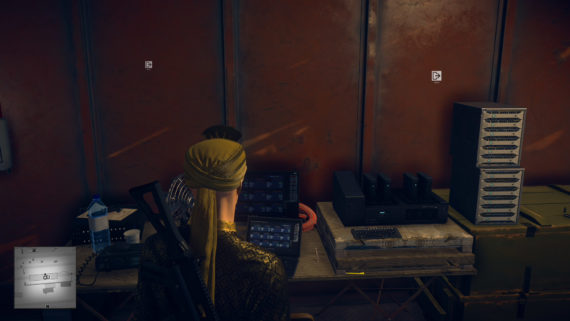 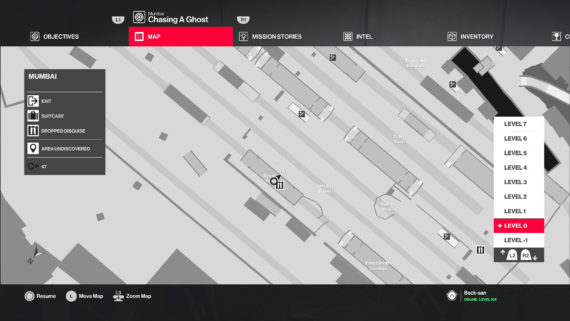 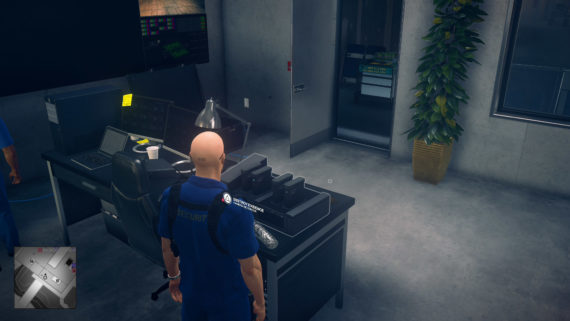 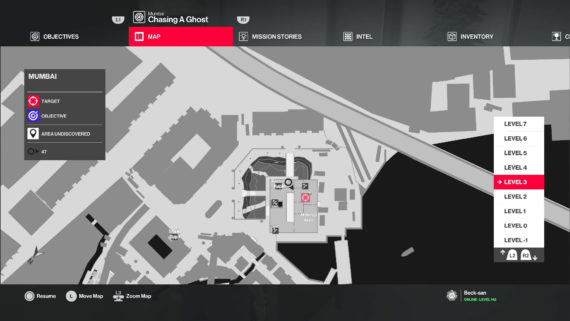 There are two systems in Another Life. The easiest and closest to you when you start the mission is in the Cassidy Property. There will be a system in the kitchen on the ground floor, but you’ll have to be careful as it’s flooded with agents; fortunately, there’s fairly large opening where the two main guards in the area look the other way.

The second can be found in the basement of the Janus property. This can be easily accessed by using the underground tunnel between Griswold Property by pulling a secret book on the shelf in the basement. You will need to perform a little break and enter, on the side of the house, so be sure to have a lockpick handy. 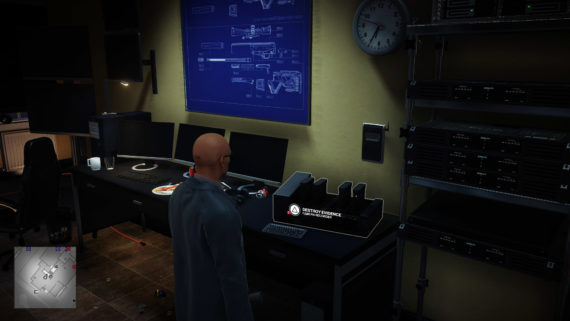 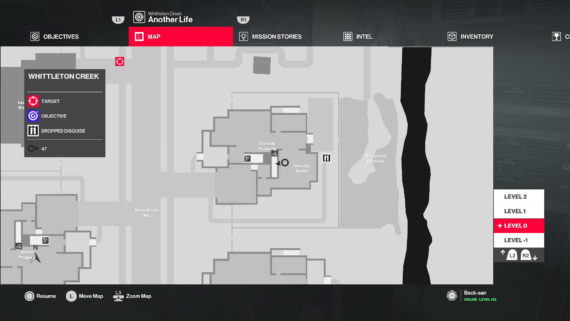 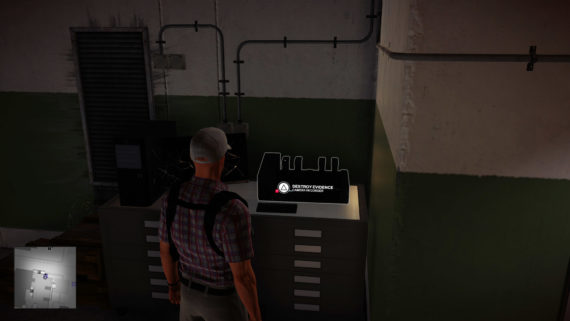 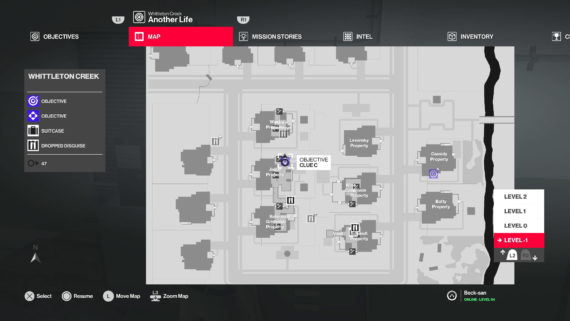 Being a massive castle, there’s quite a few systems here. The first is nearest the entrance of the castle. When you first enter the map from the dock, go up the stairs until you reach the main castle entrance. Instead of going in, go around the entrance to find a climbable drain. Climb up to find the security room and the first, and arguably easiest camera system. Maybe use the radio in the back to get yourself a guard’s outfit while your’e at it.

Anyways, the next can be tricky to get to and is heavily guarded, with the vast majority of people refusing to break away from what they’re doing, even when you turn off the server. This is located on the west of the map, on the fourth floor, easily accessed by either climbing out the window on the otherside of the locked doors, or down the pipe on the fifth floor.

Speaking of the fifth floor, that is exactly where the last security room is. While I still believe the last security room is more difficult to dispose of the evidence, this can be challenging as all doors to this room are locked by a keycard, so you’ll need to take the scenic room out a window. One of the targets also frequently comes here, so plan accordingly. It’s just outside of the Hyperborea Showroom, the one with all the snow globes. 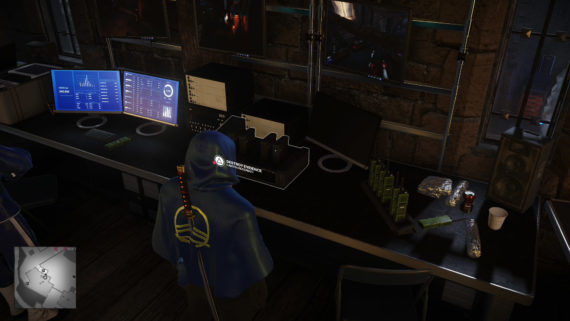 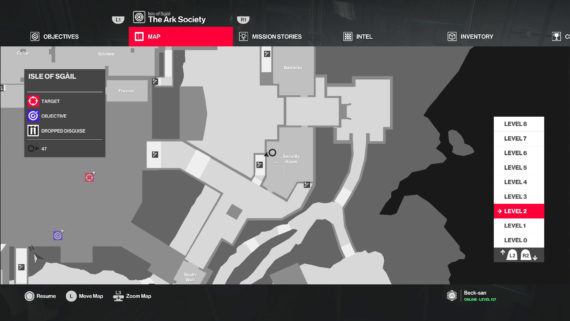 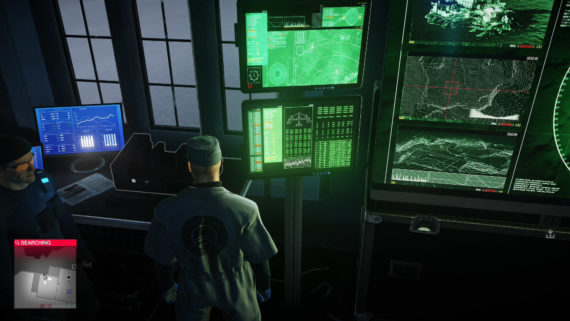 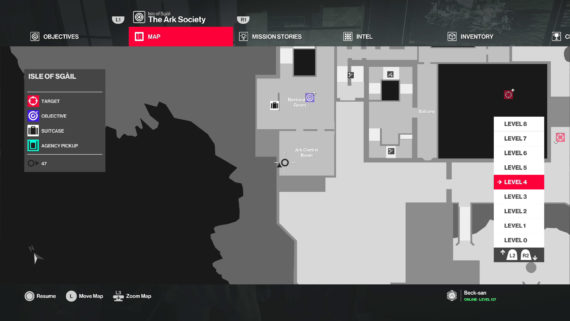 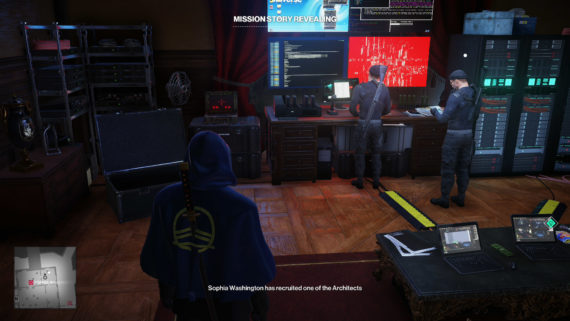 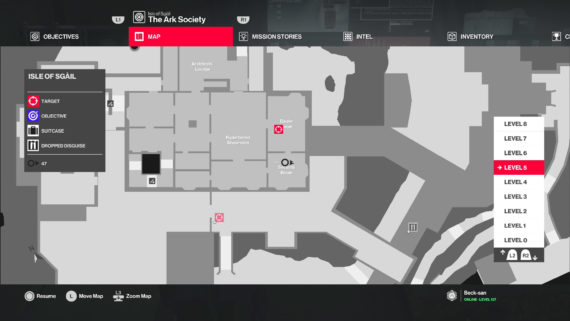 And there you have it, you should have the location of all of the security rooms, hopefully allowing you to move freely and not worry about getting caught on camera.