Materia Collective today announced that the lore of The Legend of Zelda: Majora’s Mask will be explored in Rozen’s new album, Children of Termina.

The Los Angeles-based composer previously produced two albums in the Zelda franchise — Sins of Hyrule and Ballads of Hyrule — with the latest addition focusing on the world of Termina.

The officially licensed music is slated for release on November 30, which will be available digitally and physically. The Seattle-based music publisher says that physical versions include CDs or a limited edition vinyl.

Materia Collective has confirmed that the CD will be shipped in December and the vinyl will be pushed out for January 2019.

Rozen will be keeping the full tracklist “under wraps,” according to the publisher. The composer, however, will reveal tracks over the course of the pre-order window. 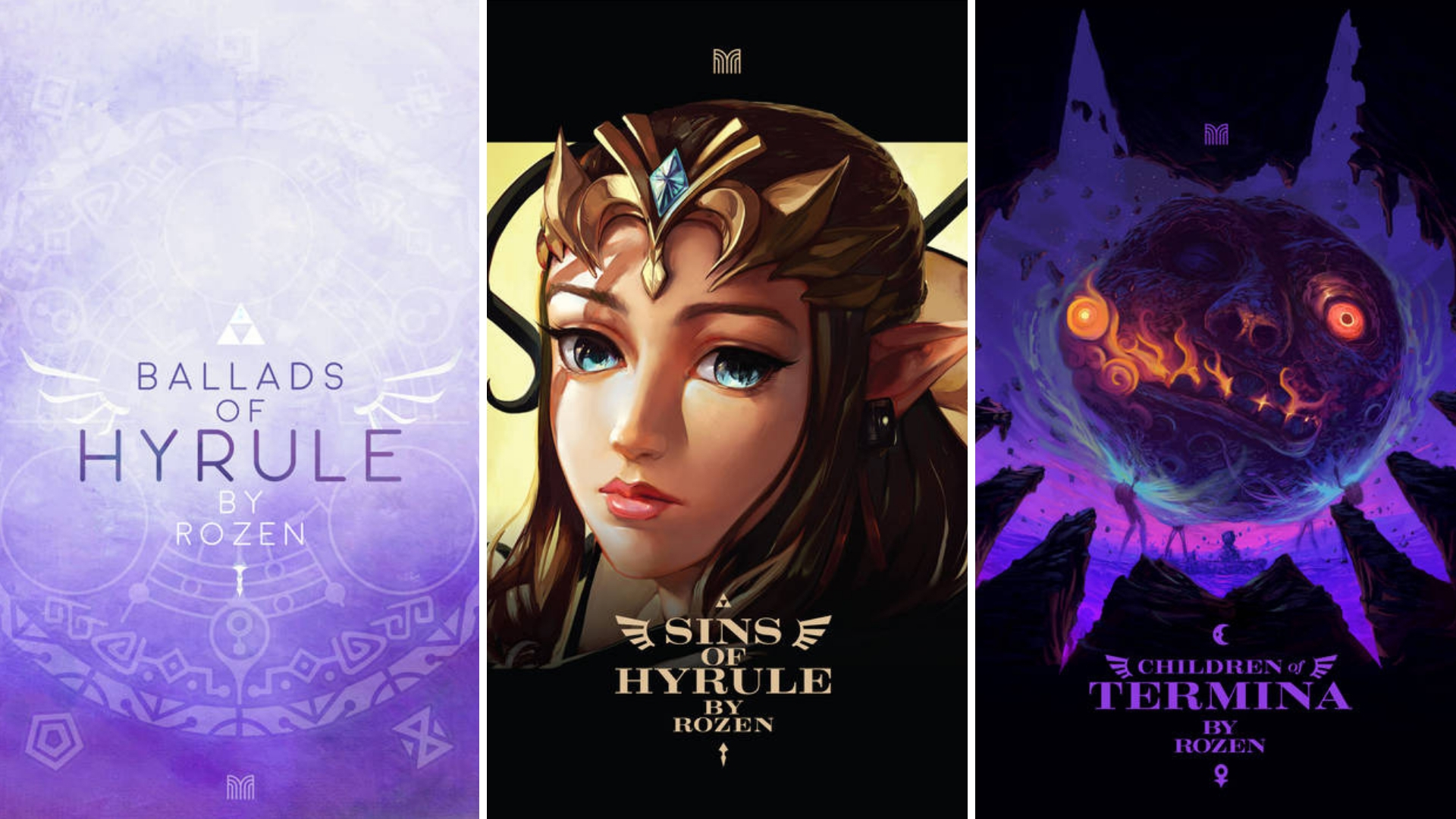 Album covers for Ballads of Hyrule, Sins of Hyrule and Children of Termina. Credit: Materia Collective and Rozen

Fortunately, it has been confirmed that the first track on Children of Termina will be “The World That Ends in Three Days,” with Materia Collective releasing the song on Rozen’s Bandcamp.

“For the next installment in my Hyrule series, I wanted to explore the parallel world of Termina and its lore,” Rozen said. “There’s so much beauty found in darkness and mystery, even at the final moments of one’s existence.

“I wanted to capture all the feelings in the hearts of the people of Termina when they’re looking up at the falling moon, one last time, before facing extinction: love, solitude, despair, acceptance.

“It is my wish that you join me in this unsettling but emotional journey in the lands below Hyrule, and feel the same desperate need to heal the world as Link did.”

Majora’s Mask, which was first released on the Nintendo 64 in 2000, received a re-release for the GameCube as part of The Legend of Zelda: Collector’s Edition in 2003.