Last month, we covered the first major Simpsons games of the 2000s in Road Rage. That game sought to capture what made Crazy Taxi work, and on a grander scale, was a imitator on the market that actually did well commercially. It did receive a beating critically, but ironically, has aged a bit better than something like Crazy Taxi 2 because of how much more it added to the CT formula than that did. EA’s desire to cash in on something worked there, but it cost them with a Sega lawsuit and public perception being that it was just a knock-off and nothing more. Fortunately, that era in gaming was also defined by sandbox games becoming a sub-genre instead of just a GTA clone, and that allowed the next Simpsons game to have a lot more freedom with Vivendi at the helm. Much like how the mid-90s saw all first-person shooters branded as Doom clones, the same thing happened with open-world action games. It took a bit of creativity to turn that perception around and Hit and Run played an early part in this perception changing.

Games like Driv3r and True Crime: Streets of LA opted to tell anti-GTA stories from a cop’s perspective in some form or fashion, but were still mostly serious affairs. Light-hearted takes on the genre were something the industry needed and The Simpsons: Hit and Run delivered just that. Like Road Rage, the actual storyline isn’t at the forefront of things, but does play out somewhat like a TV episode would. A new Buzz Cola variant is taking over the city and mysterious black vans are popping up all over the place. The frequently-baffled Mayor Quimby has no idea what’s going on, but hopes it’s sexy, while Kent Brockman sternly warns about the giant wasp-shaped cameras looming over the townspeople. It’s a solid little mystery that has more meat to its bones than the cutscenes showcase. 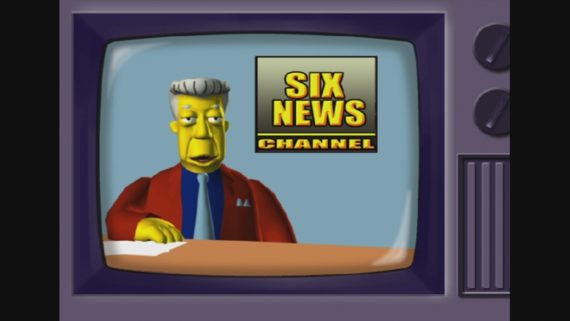 Hit and Run still tells a reasonably compelling story, but it winds up being spread out over a greater time than the core plot demands. Still, the developers did find interesting ways to show how this plot affects everyone in the family. In doing so, you go through the main story playing as all of the mainline family members – resulting in everyone in the voice cast getting a chance to shine. Yeardley Smith showcases a different side of Lisa, with her being full of anger that isn’t usually showcased on the show itself. Homer remains hilarious and gets the most comedic lines — especially when he runs folks over and blames it on everyone else for getting in the way of his vehicle.

Hit and Run features a more streamlined mission structure that makes things more user-friendly and easier to enjoy in small bursts. One big problem with GTA games at the time was that missions were long and didn’t give you much in the way of checkpoints. This game greatly-reduces the size of missions, but still allows for a lot of fun to be had. If you’re trying to beat Smithers to the plant, you’ll have a multi-part session to work on to make that happen, each with saved checkpoints. You can start by getting your car, then buying the Plow King and then using that to destroy Smithers’ vehicle so he can’t make it to work and you can grab some things and destroy a few things too. 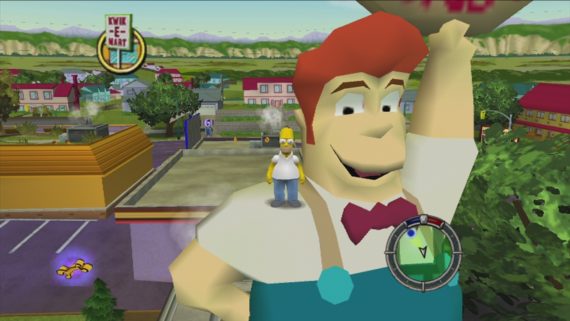 Hit and Run has a lot more platforming and light puzzle solving than other sandbox games either then and now, and it works shockingly well. Searching through an area for certain items with a strict time limit is usually a great way to cripple a game’s fun factor, but it all manages to work out well here because of how well everything is executed. The platforming isn’t on-par with high-end 3D platformers, but is well-crafted and features a solid camera along with good jumping controls. The actual platforming sections are a bit fetch-questy, but not overwhelmingly so, so they’re great for people who can tolerate that kind of game, but don’t usually like it because it gets in the way of the platforming.

In its day, Hit and Run was appreciated for being a good game, but what impressed me the most about replaying it for this is just how much variety it had compared to other sandbox games. So many were trying to ape GTA and no one really tried something different within an open-world framework. Having the family explore Springfield in a completely open area makes the world itself come alive while you’re able to enjoy little things like the Springfield tire fire or Cletus and his family living near the power plant — and thus all the toxins there explaining just why he and his kin are the way that they are. 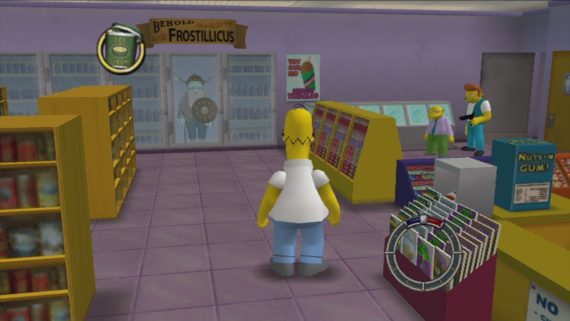 Visually, the game has aged well outside of its cutscenes. The use of 3D models instead of cel shaded ones was controversial at the time, but has resulted in an art style that still looks good in the game itself. The cinematics have aged poorly though due to limited animation and so many of the character models not animating as they normally would on the show — plus the usage of a 4:3 aspect ratio dates them. Still, the in-game animations are solid and accurate with what they would be on the show, while a ton of details were put in the game world to make it seem far more alive than other sandbox games then and even now.

The Simpsons: Hit and Run remains an excellent game to play for fans of the long-running show – even if you’re a longtime lapsed fan. It showcases many of the best moments and allows for the single best playable rendition of Springfield ever. As a sandbox game, it was surprisingly forward-thinking for being a theoretical copycat game and introduced some things to the sandbox genre that allow it to age far more gracefully than many games of its era. The game will run you anywhere from $10 to $20 depending on if you want a copy of it complete or not and the Xbox version is the best overall one to get. It plays wonderfully on the Xbox 360, and with this being a game stuck in licensing hell, you’re not going to see a digital re-release any time soon.