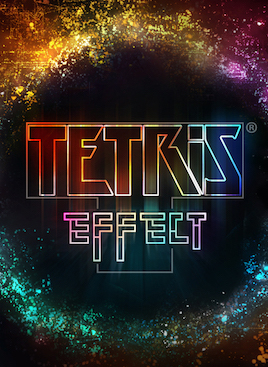 As keen as one is on his music as he is his video games, there’s nothing I like more than those moments in a track that just take over you. Any previous thoughts, concerns or distractions soon get pushed to the side by something you feel in awe over. It can happen at any time: at the beginning, around the half-way mark, near the climax, abruptly appearing without build-up, anywhere. You’re of course enjoying it on both an objective or subjective basis, but they all spur on the exact same uplifting thought: “yep this is it…right here;” mere minutes into playing the single-player “story” mode (for lack of a better term) dubbed Journey in Tetris Effect and it becomes emphatically clear that producer Tetsuya Mizuguchi (along with developer Resonair) has done for Tetris what he brought with both Lumines and Rez alike. Two games of near-polar opposite genres, but share that same unifying, visceral delight of visuals and music working wonders in tandem with one another.

On its first three levels alone, Tetris Effect demonstrates a knack for pulling players into the experience. Bright, luminous colors, scurrying particle effects and far-flung aesthetic choices complimenting the surrounding screen space. Particular notes, chords or sound samples synchronized with a player’s involvement: rotate a piece and a sound pops up; achieve a given percentage of the required number of lines filled and the presentation steps it up a notch, visually and audibly. On paper it sounds basic and odd to speak of it in such lofty praise — there’s an argument to be made by the more cynical folk that it’s the exact same principle that even the most basic of web browser iterations can generate and they’d be right. And if you’re comparing this to Mizuguchi’s previous work, then you can absolutely declare something like Rez still found a way to remain more interactive and mechanically-engaging with its own synergy of geometric abstraction and electronic music.

But the genius of Tetris Effect isn’t in the fact that it’s quintessentially Tetris (and if the game has never clicked with you, this game won’t sway you from that track-record), rather the merits of this year’s iteration — one of so many — lies in the awe one feels as you make your way onward, a pulsating rhythm climaxing with a blast forth from one theme to the next. Trying one’s best to achieve a rank of A, or higher, upon completing a set group of levels without pause, using whatever tactics one prefers just to reach that required number of lines. This voluntary absorbing one’s self into the spectacle put before you does, again in theory, sound simplistic and relatively unaspiring, but one can’t help getting lost in the many music accompaniments that gradually build over time. Even going out of one’s way to try and sync rotations or line completions in time with the beat or tempo. 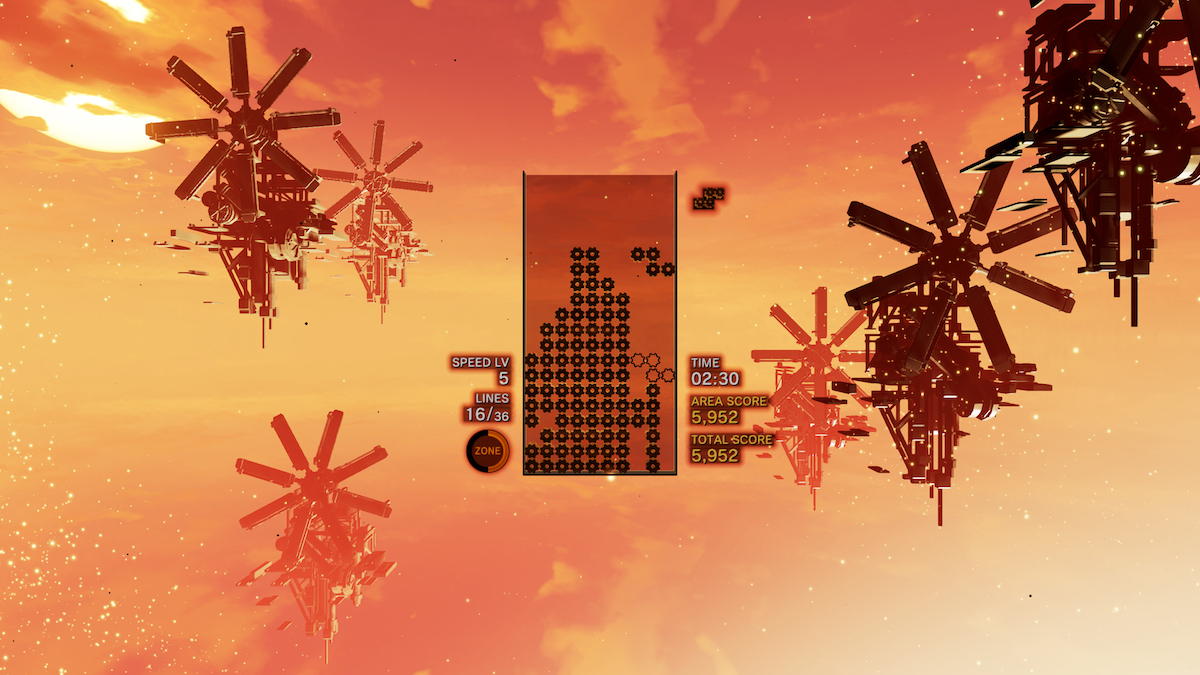 The novel presentation does inject the game with a canny and attractive need to find out where one is heading, or more specifically, what odd, comical but altogether delightful scenery the game is cooking up, even if the gameplay is guaranteed to remain relatively unchanged. In the end you can’t help but smile (even muster a chuckle on occasion) at some of the many aesthetics the game conjures. A New York/Jazz-themed level that syncs your moves/rotations to keys on a piano, completing a line instigating a chord; a demonically ritualistic setting whose participants’ energy increases in time with the added speed in its latter half; a level aboard a space station of sorts with the scrambled jargon of an out-of-shot astronaut your only denoting of movement.

Latter offerings, particularly towards the closing parts of Journey Mode, don’t always instill the same profoundness or surprise contrast that its earlier levels garner — similar to the soundtrack whose earlier tracks act as a kaleidoscopic tour de force, skating from trance to ambient to electropop and making room for some jazz and percussive leanings in parts. What’s more, Tetris Effect can admittedly come across as too indulgent in its stride for perpetual, artistic bliss, resulting in an effect or synchronized animation shoe-horning its way between you and the gameplay. And in moments where the speed is cranked up and split-second strategy is evermore critical, the brief obstructions and unnecessary intensity of such things like bloom and lighting glare, can spoil the mood Effect, for the most part, builds up to wondrous effect. 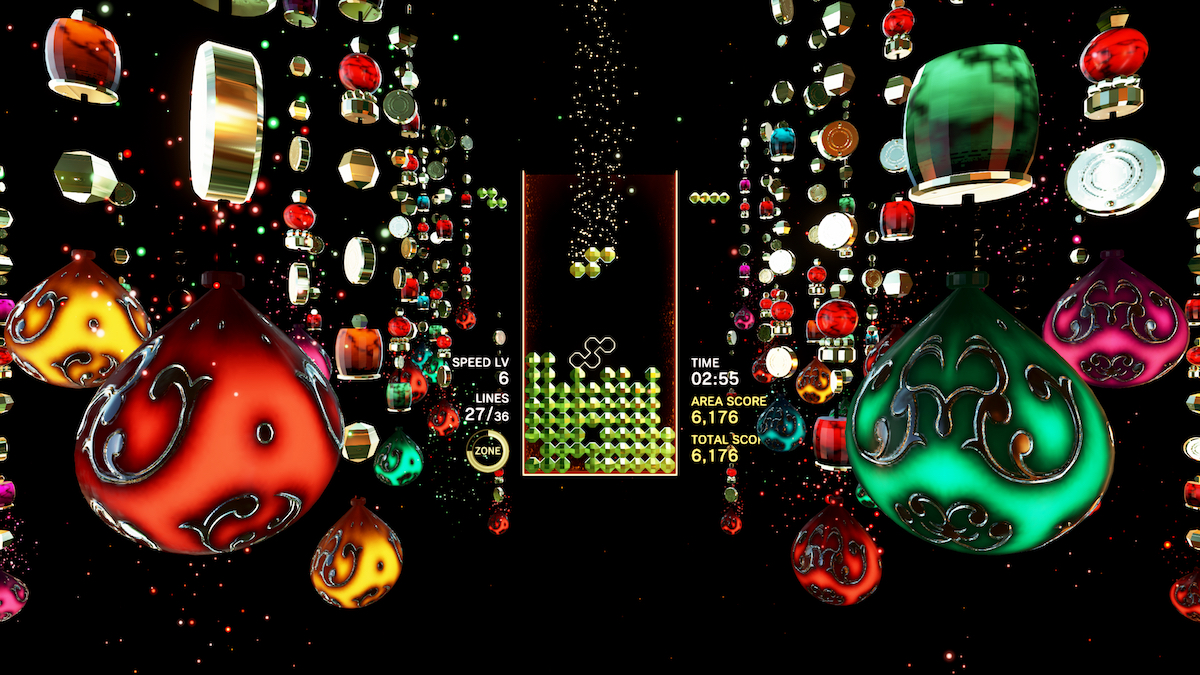 Much like its rare frame-rate stutters, however, these nuisances rarely surmount to anything noteworthy so far as criticism goes. The only real obvious omission coming in the form of the camera controls in that you’re required to zoom in/out and rotate the perspective each and every time you play a level, with no means to create presets or save a desired setting for future use. What’s most critical of all, though, is that Tetris Effect is so much more than its delightful synergy puts out and perhaps one of the biggest compliments you can give a game like this is that despite all this eye-candy and fitting variety of musical genres to suit, the game still feels it imperative to prove itself a rightful evolution on a classic formula without losing sight of its tried-and-tested roots.

Of course the core mechanics are as classically, atypically Tetris as they’ve always been: spin, drop and align rows of Tetrimino shapes so as to rack up points and prevent your oblong-shaped pot from spilling over. On that basis, Tetris Effect retains all of the puzzle concept’s staying power from risk:reward split-second strategy right the way down to the perilous sped-up pace that blocks fall. A simple premise branching out into many a safe or otherwise perilous decision. 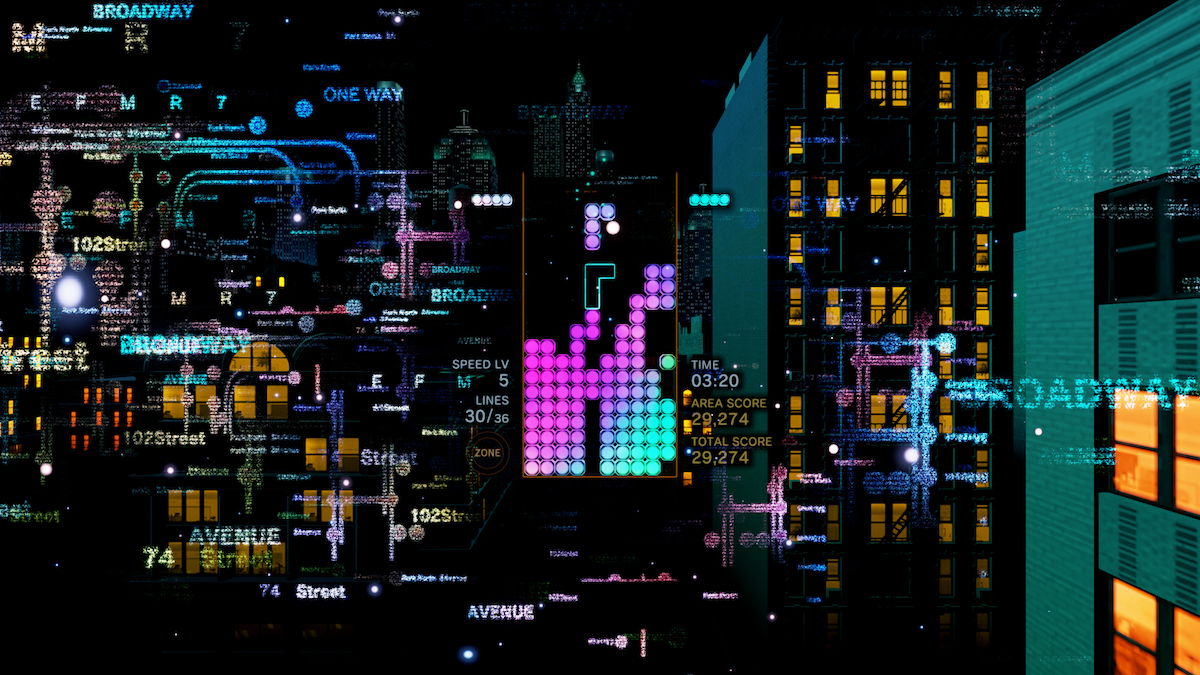 But this year’s entry introduces not one, but two additions to the fold. For one, a simple tap of the shoulder button can let you store a shape before it sets in place — a handy tool should you, for example, want to keep a handy “I” block for a future potential four-row Tetris or simply want to switch out that useless “S” that doesn’t fit anywhere. But the other, more beneficial, addition is the introduction of the Zone meter which when fully charged, allows you to freeze time for a brief while — removing the peril of descending blocks — so as to rack up bonus combos of lines to add to your final score at the end of a given level of set of levels. On that alone Effect can easily gloat towards the many iterations and regurgitations alike, in the same way Puyo Puyo Tetris can boast of its odd yet effective conjoining with another IP.

Some may be disheartened by the lack of online multiplayer or otherwise means to compete outside of leaderboards and it would be easy to assume the game has this already set with the way player avatars are shared across a virtual globe of the world. But in reality, the lack of an online mode doesn’t detract from the many optional challenges that this region of the game, offers. And delivers with surprising effect. Spanning across four categories, these range from clearing a set number of lines in as fast as time as possible, to more strategic challenges such as clearing as many “infected” blocks as possible. Then there are the more casual/laid-back variants on Tetris that do away with the risk of a Game Over or let you play through levels pertaining to a particular theme or playlist. Even the most basic of modes such as combo or score-building are as infectiously addictive as they’ve always been. Let it be said that Tetris Effect offers more than enough variety — proving far more enticing and addictive to clear with a high-enough rank, than they have any right to be. 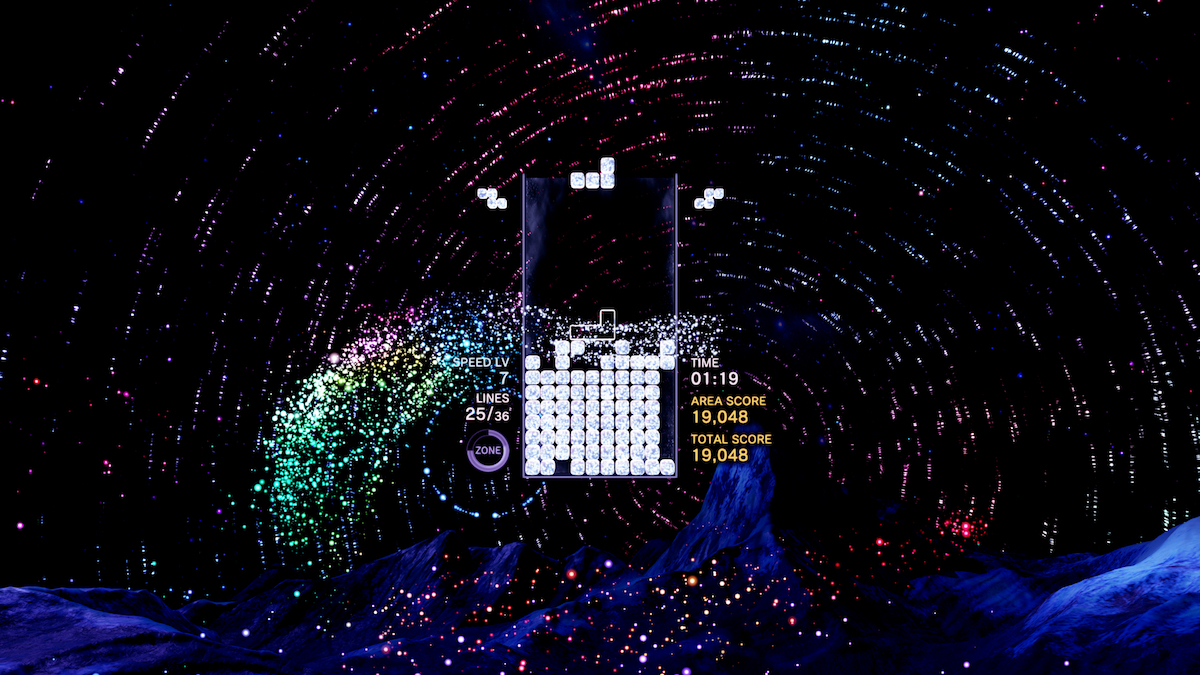 Not since the days of the original PlayStation or Game Boy has Tetris proven with such ferocity that it remains as enjoyable yet aesthetically-dexterous as it’s proven so many a time. Tetris Effect takes that latter element and delivers what might be one of the most absorbing, sprawling audio-visual iterations you never knew could spawn from out this classic, industry staple. Conjuring one enthralling music track and thematic design after another, Tetsuya Mizuguchi and Resonair have not only injected Tetris with an incredible amount of character and personality, but have also dabbled with the gameplay — adding slight alterations — without diluting the moreish strategy that the game’s many falling blocks have won people over on. By no means perfect and at brief moments falling victim to its own expansive vision, Tetris Effect remains a welcome surprise to those appreciative to the series’ longevity and versatility of content. A fitting referral for that go-to saying: “greater than the sum of its parts.”