The Just Cause franchise continues to up the ante with each new installment. The development team at Avalanche Studios have consistently found new ways to expand Just Cause’s gameplay. Just Cause 2 introduced the grappling hook and parachute, which became instant classics. Just Cause 3 took it a step further by adding in the wingsuit, which, when combined with the parachute and the grappling hook, allowed players in significantly increase their airtime. With Just Cause 4, where could the development team look to next? The environment itself.

While Just Cause 4 continues to emphasize destruction, much of the new gameplay additions revolve around dynamic weather events. Some effects like rain and snowfall have been present in numerous other games, but Just Cause 4 aims to make its weather more of a mechanic than just window dressing. 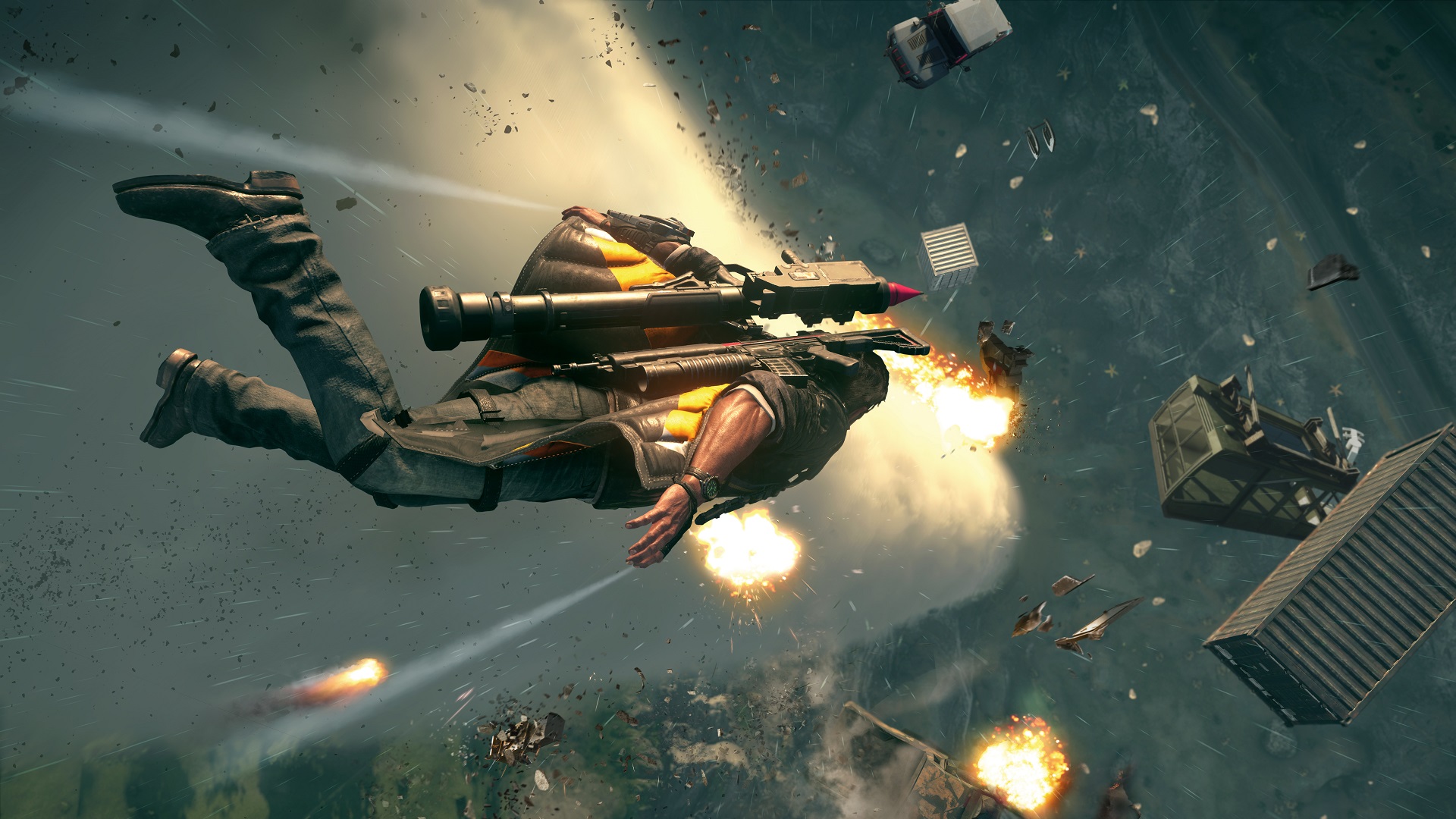 Physics rule the world of Just Cause 4 and objects will naturally react to the weather. New wind currents gently help a heavy object like Rico glide through the air. Lighter objects, like those that Rico attaches a Fulton balloon to, will be blown away. Wind currents are always present in Just Cause 4 and a continuous simulation governs their speeds. No matter where you travel to on the fictional island of Solis, a current will follow.

Wind is just the beginning. What’s more impressive are the colossal weather events that take place sporadically around Solis. Compared to Just Cause 3’s Medici, Solis offers up a wide variety of biomes to play in. Grasslands, plains, canyons, deserts, tundra and forests litter the landscape. Each, standalone, offers different gameplay opportunities. Throw weather into the mix and you have a recipe for drastically-altered gameplay. 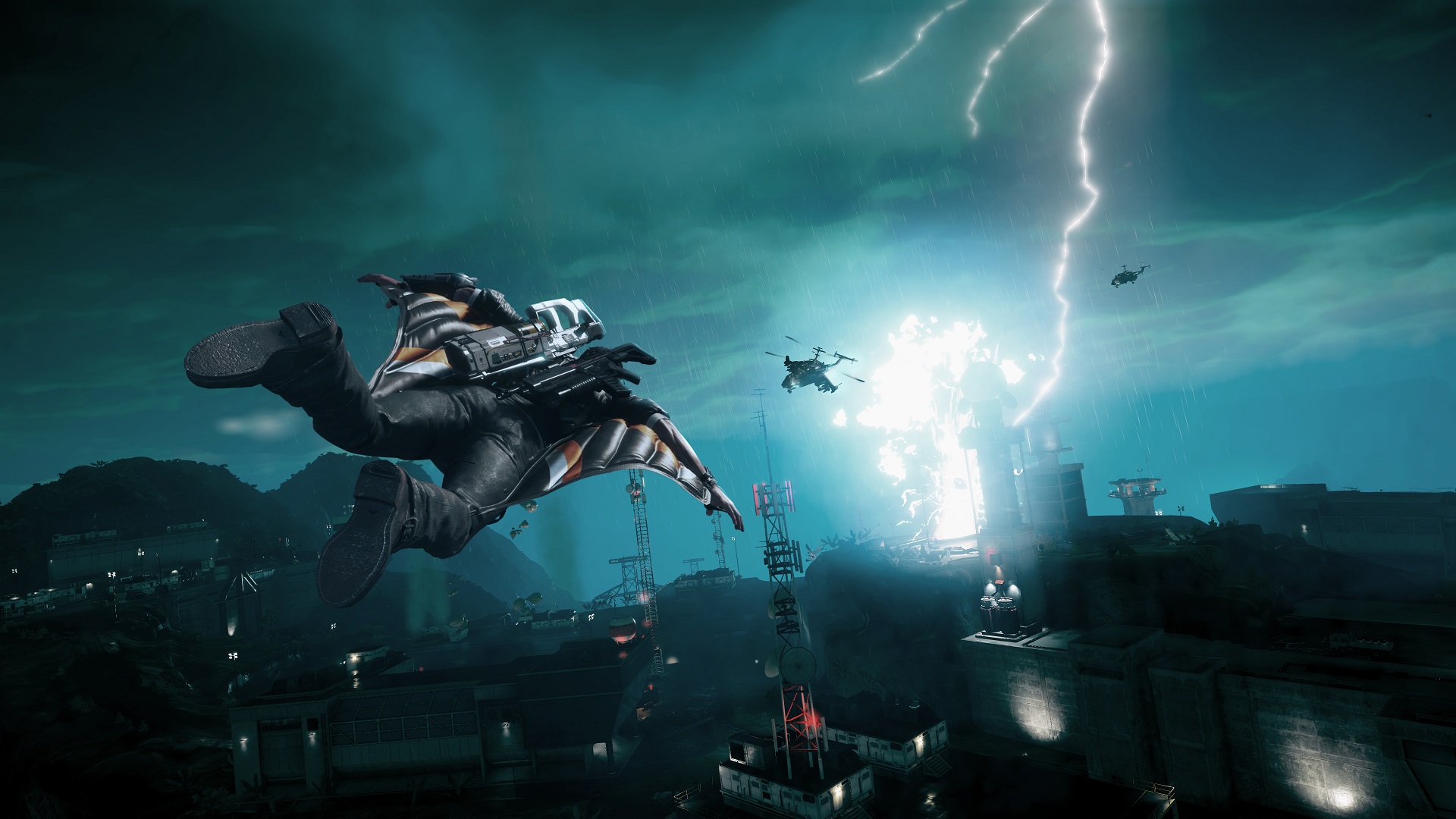 The already-revealed tornadoes provide excellent opportunities for emerging gameplay. Objects that aren’t rooted to the ground are picked up by the strong winds and thrown everywhere. Players can use the storm to tear apart enemy encampments. It’s also possible for enemies to use weather to their advantage. At E3, we were shown a base with wind turrets that held a rampaging tornado at bay. It’s also here that players will need to adapt to the way they play. Using a parachute while near a tornado is an easy way to get sucked into the vortex. A wingsuit, however, allows Rico to catch some air.

While we haven’t seen too much of the other weather situations yet, we do have an idea of how they’ll affect gameplay. Intense tropical storms produce lightning strikes capable of shocking airborne vehicles and generating violent waves. Sandstorms engulf cars and impair your vision, allowing Rico and his enemies to partake in epic chases similar to what’s seen in Mad Max: Fury Road (Avalanche Studios also developed 2015’s Mad Max). Finally, the icy terrain of the tundra makes it inevitable that vehicles will slip and slide as they attempt to maneuver around the environment. 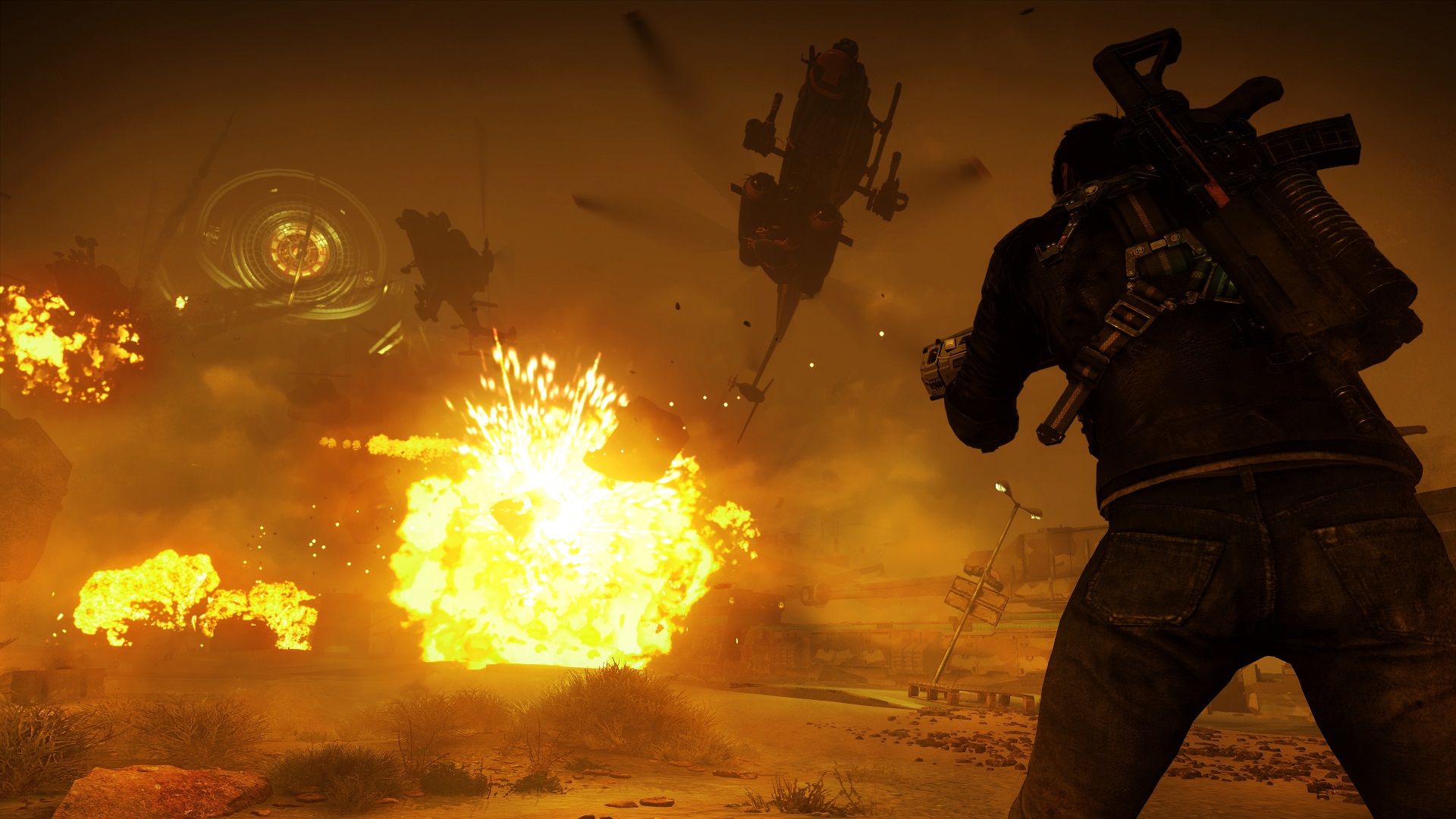 Avalanche Studios told us at E3 that they want the weather to be a big X-factor in how players approach the game. From what we’ve seen so far, that statement is shaping up to be true. These non-scripted events do change up the gameplay, though it remains to be seen how often they appear throughout the game. Too much and it would be overkill. Too little and it’s a non-factor. It’s up to Avalanche to find the perfect balance.

Just Cause 4 takes places following the events of Just Cause 3. After discovering evidence that ties his father to the Black Hand mercenary group, Rico Rodriguez travels to Solis in search of answers. Along the way, Rico will face-off against Gabriella Morales, the leader of the Black Hand and Solis’ natural storms as he hunts for the truth.