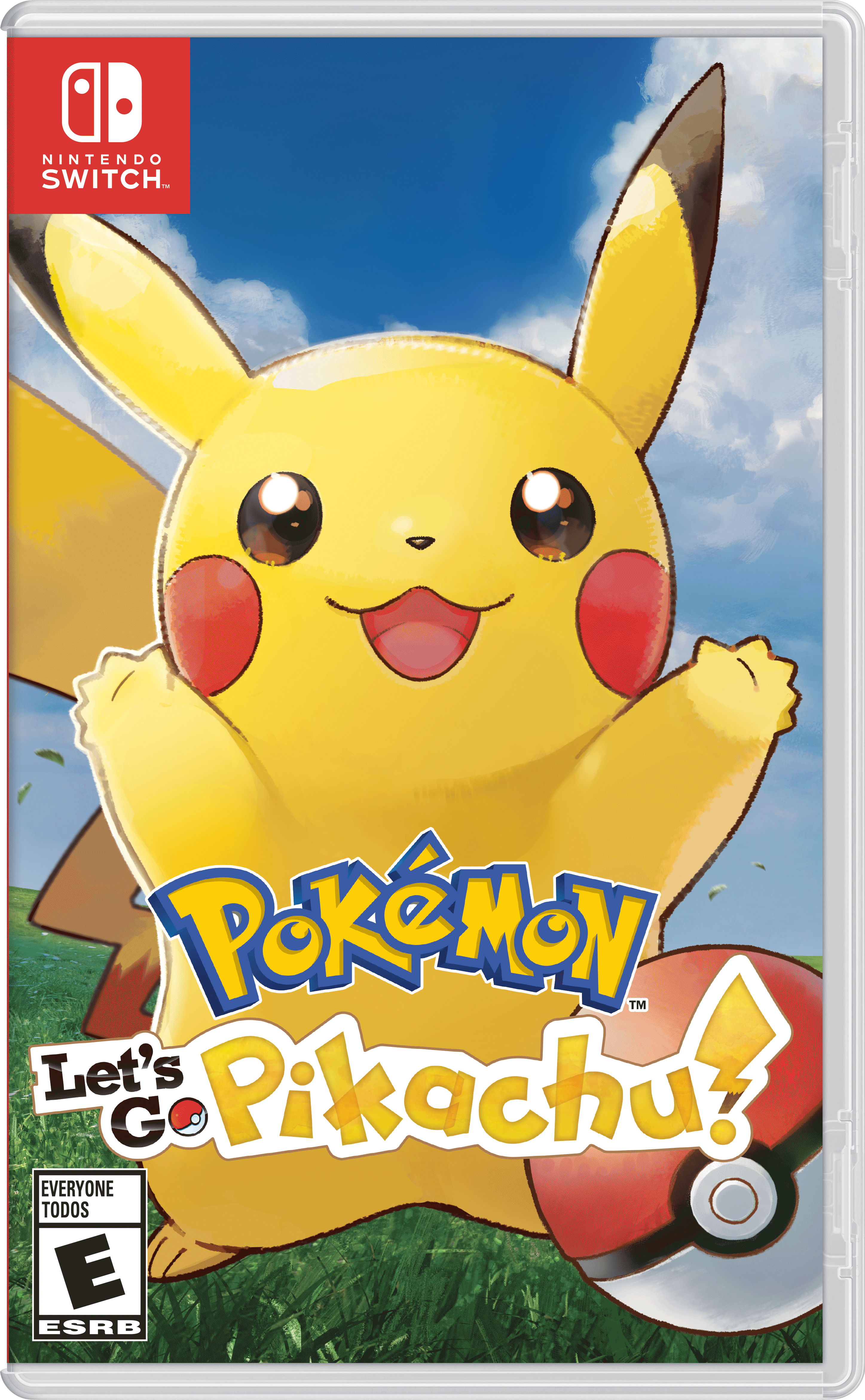 For over 20 years Pokémon has been a powerhouse in both gaming and many other forms of media, and all of it started in a region by the name of Kanto. This is where trainers met their starters Bulbasaur, Charmander, Squirtle and a year later Pikachu. Let’s Go borrows from Yellow, the third entry into the series, while also taking inspiration from Yellow’s rival using an Eevee. This created the Let’s Go titles, featuring the two iconic mascots Pikachu and Eevee. Players are once more introduced to Kanto, but this time with a brand new approach based on the popular mobile title Pokémon GO. The question was just how well does this work and is it something we’ll continue to see in the future or something that should be left behind and forgotten.

The story of Let’s Go starts out just like most other entries in the series, with a young trainer starting on their journey through the help of a professor. Let’s Go begins in Pallet town, where a brand new trainer is ready to get their Pokémon alongside their childhood friend, Trace. After discovering Professor Oak is missing from the lab, the trainer heads out and runs into him just outside of town. After a brief introduction, a wild Pikachu or Eevee will appear before them and be captured by the new trainer. The Poke Ball manages to escape and appears back in the lab, where the new trainers touches it and receives their very first Pokémon. The two become close partners almost immediately, and after getting the Pokedex from the professor, set out on their journey.

Like most Pokémon titles before it, the main goal when traveling the region is to fight trainers, gym leaders and eventually face the Elite Four at the Pokémon League. Battles work identically to past titles with trainers going head to head to see who has the strongest Pokémon. In addition to some new moves for the starters, those with a friend or family member are able to pass a second Joy-Con and take it on with multiplayer. If a second player shakes a Joy-Con they will appear as a helper trainer. This character will appear in battles with the second Pokémon in the team and can make things a little bit easier when facing tough opponents. Although the second player can’t interact with anything outside of battles, they can also be a big help with the brand new change in how trainers capture their trusty companion Pokémon. 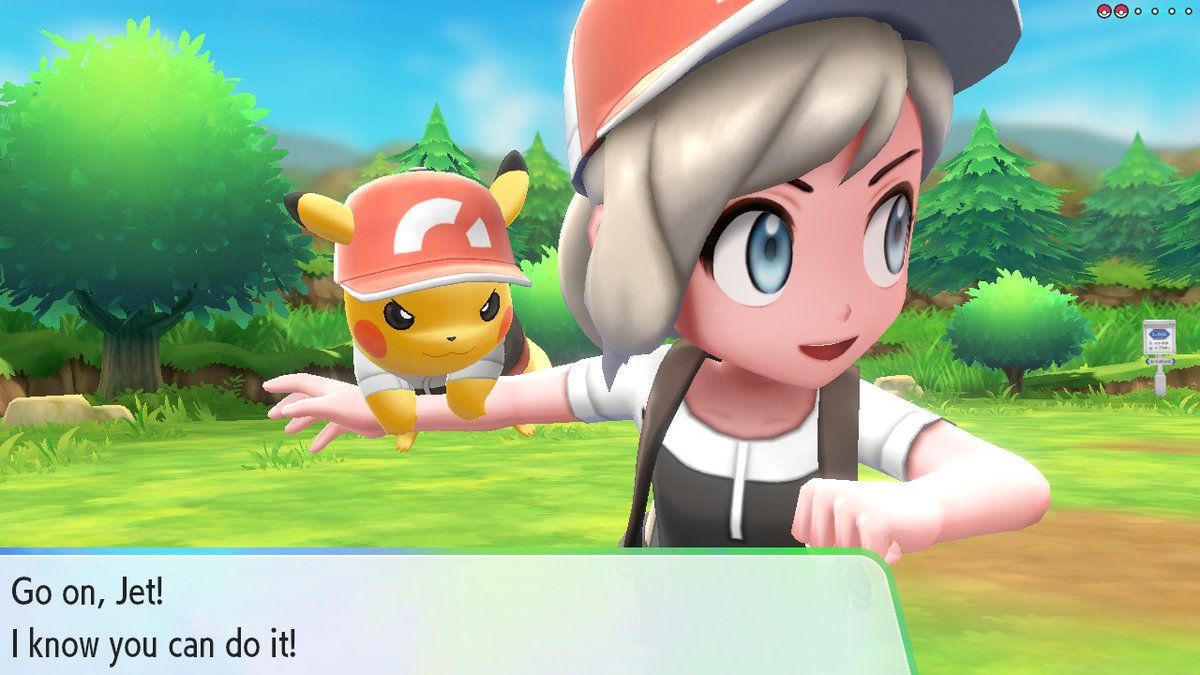 The largest change by far Let’s Go introduces is the wild encounters. Gone are the ways of battles and instead running into a Pokémon turns into a catching mini-game similar to Pokémon GO. Instead of being entirely random players can now approach Pokémon running around the overworld in order to initiate a capture. Here trainers can use items to make them easier to catch, select their Poke Ball and then give it a toss. When trainers are ready to throw a ball, a ring appears around the Pokémon in a few different colors. Green means it will be easier to catch, yellow and orange indicate more difficult and red is the most challenging. Once players are ready, they take their Joy-Con and make a tossing motion in order to hit the Pokémon they want to capture. In handheld mode, players will move the entire Switch in order to aim and press the A button to throw a ball. Capturing the same one in succession will also create a combo, which rewards more exp and items while also increasing the chance of finding a shiny as the combo gets larger for truly dedicated trainers. Those playing with a friend will also be capturing at the same time. If the two players can time their throws simultaneously, there will be a capture bonus afterwards for doing well.

Aside from capturing, there’s been quite a few quality of life changes in this latest Pokémon title. The most notable is the Pokémon Box in the trainer’s bag, which allows them to change out a party at any time instead of going to a Pokémon Center. In the same vein, players can also change the outfits they obtain in their Clothing Trunk whenever they feel like it. Returning from previous titles is the ability to have Pokémon follow behind a trainer, with the bonus addition of many of the player’s Pokémon actually being rideable instead of borrowing them from others or finding random ones to interact with. While some of these don’t have any special affects, some allow trainers to run into flying Pokémon or allow faster transportation. Considering there’s no longer a bike this time around, Pokémon become the fastest mode of transportation. There’s also a lack of HMs similarly to Sun and Moon, but this time the starter is fully capable of learning all these special field moves in order to progress. Finally one of the most charming changes is the addition of simple, yet enjoyable cutscenes. Not only do these add to the overall atmosphere, but most are short but sweet and showcase iconic moments from the original Generation. In addition to new cutscenes, there is an option to skip them for this just wanting to keep moving and not get stopped which is a first for the main series. 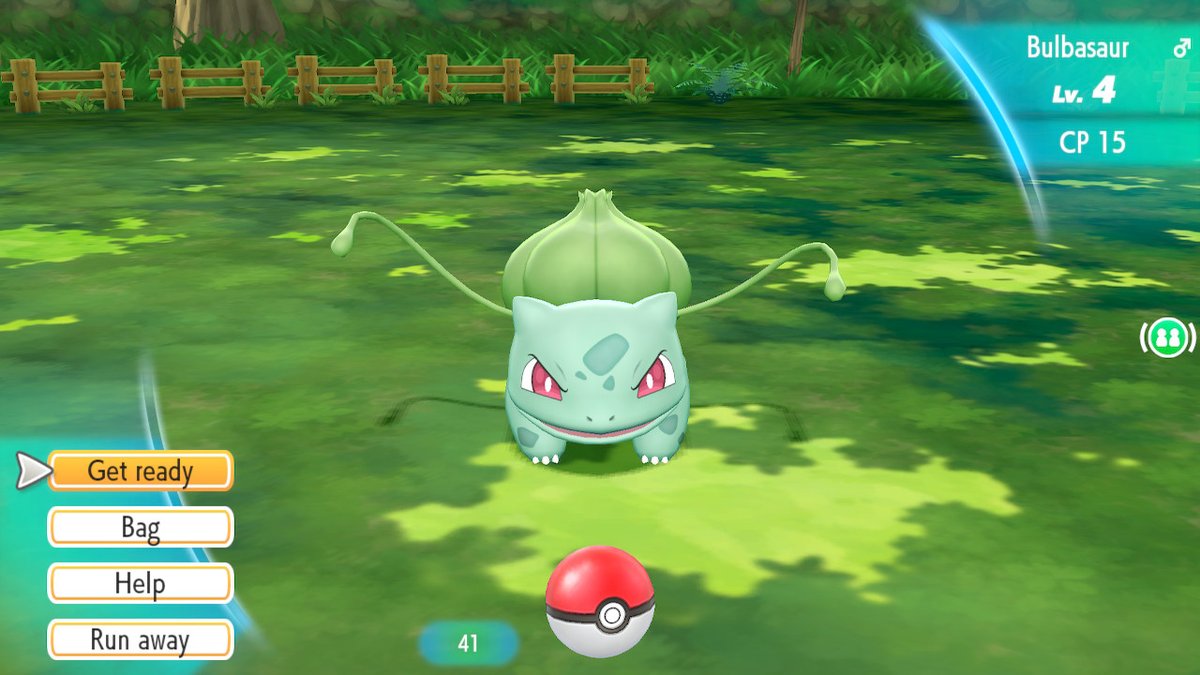 Pokémon X and Y introduced Pokémon Amie, a way to bond with the trust companions by feeding and petting them, in addition to introducing the ability to dress up the trainer. Dressing up Pokémon was seen in a couple mini-games prior to the 3DS titles, but wasn’t expanded upon much until now. Let’s Go takes it another step for Pokémon with outfits for both Pikachu and Eevee which are seen in battle, on the overworld and in the new play mode. Trainers are at any time able to go into the menu and play with their partner through petting, poking or even a high-five. This isn’t required at all but does make the Pokémon friendlier in addition to just being plain adorable. Throughout the adventure players will acquire outfits from various other people for both Trainer and partner to match their outfits. While it’s too bad the friendly petting mechanic is only limited to the starter Pokémon this time, it’s still a wonderful addition that seals the bond between these two partners on their journey.

Although optional, Let’s Go allows trainers to experience their playthrough with a brand new peripheral known as the Poke Ball Plus. This appropriate shaped device acts in place of a Joy-Con with two simple buttons and a joystick for moving around. It makes for an immersive experience as the Poke Ball Plus is capable of lighting up and making noises that fit the situation. This stands out most when capturing Pokémon, where it will light up depending on the capture status and if a Pokémon has been caught will duplicate their cry. It isn’t just for playing at home, however, as the Poke Ball Plus can be taken on the go. When players go to save they have another option to take a Pokémon for a stroll, and choosing this lets them choose one to carry with them in the real world. After choosing one to take, players can go about their day and when they come back can return them to their team. If the main button on the Poke Ball is held down the Pokémon inside can even be played with by shaking it, which will make whoever is inside even happier. Upon returning these Pokémon will gain experience and often give items for having fun on their walk. This is one of the most immersive peripherals Pokémon has ever added and is reminiscent of the Pokéwalker with the benefit of being a completely-rechargeable device. 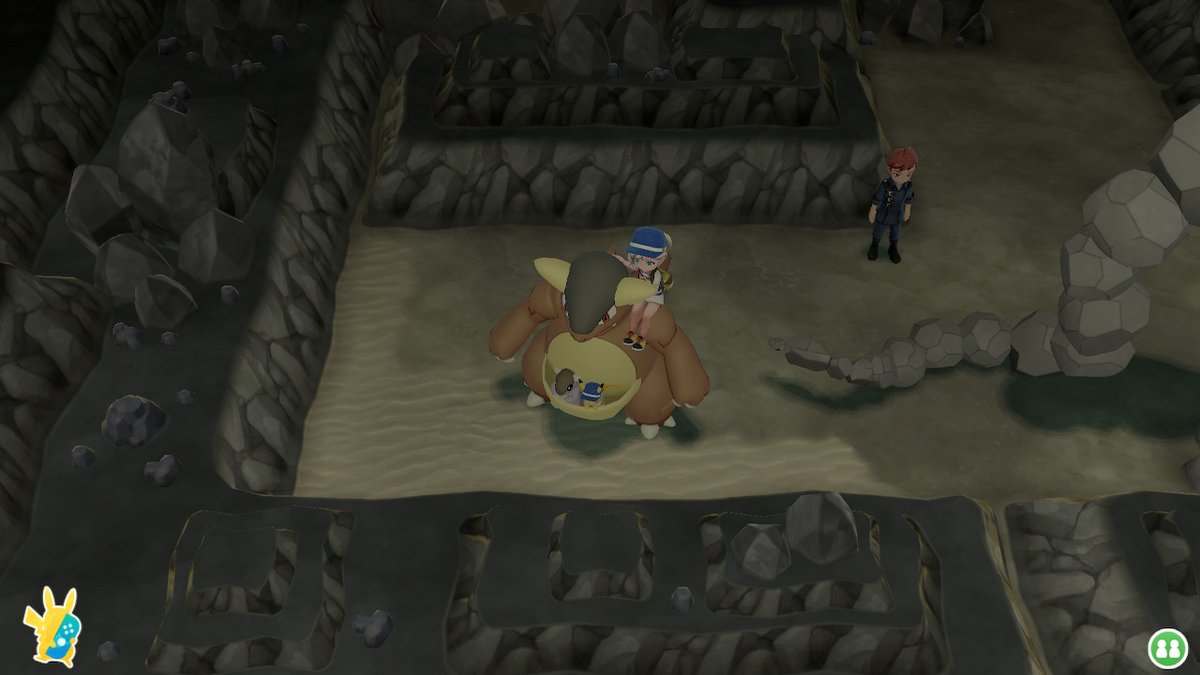 Sun and Moon gave players new Kanto Pokémon in the way of Alolan forms. Since there’s no trading from previous titles through Poke Bank, there’s a couple new ways to obtain them. The first is through in-game trades, if the players gets the normal Kanto version certain trainers will trade for their Alolan counterpart. The second is the integration with Pokémon GO, which includes all Pokémon originally found in Kanto. Once players reach Fuchsia city, they gain access to Go Park where they can speak with a man who will allow transfers from Pokémon GO. This is a one way transfer so there’s no way to bring the Pokémon back from Let’s Go, but does allow multiple people with Pokémon GO to transfer so friends and family can join in. This is also how Pokémon GO players can get access to the new mythical Meltan, which can later be transferred to Let’s Go as the only truly new Pokémon in the game. Normal trading in Let’s Go is simple as well and just uses simple codes in order to find friends or even randoms to battle and trade whenever they like.

The visuals for Let’s Go are one of the most stunning aspects by far. While it’s easy to see where elements are strongly borrowed from the 3DS version in the way of many models, Let’s Go blows it out of the water on console. Colors are brighter than ever before and there are even more details in the world that truly make it feel full of living people and Pokémon. The soundtrack includes great rearrangements of classic themes, with each one being more unforgettable than the last. Perhaps one of the few issues with Let’s Go comes from the fact that it’s a bit on the easy side with the help of new mechanics, and while the wild Pokémon are more interactive than ever in the world, the human NPCs are still plain in comparison with little movement in cities that makes them seem like their stiff Game Boy counterparts. 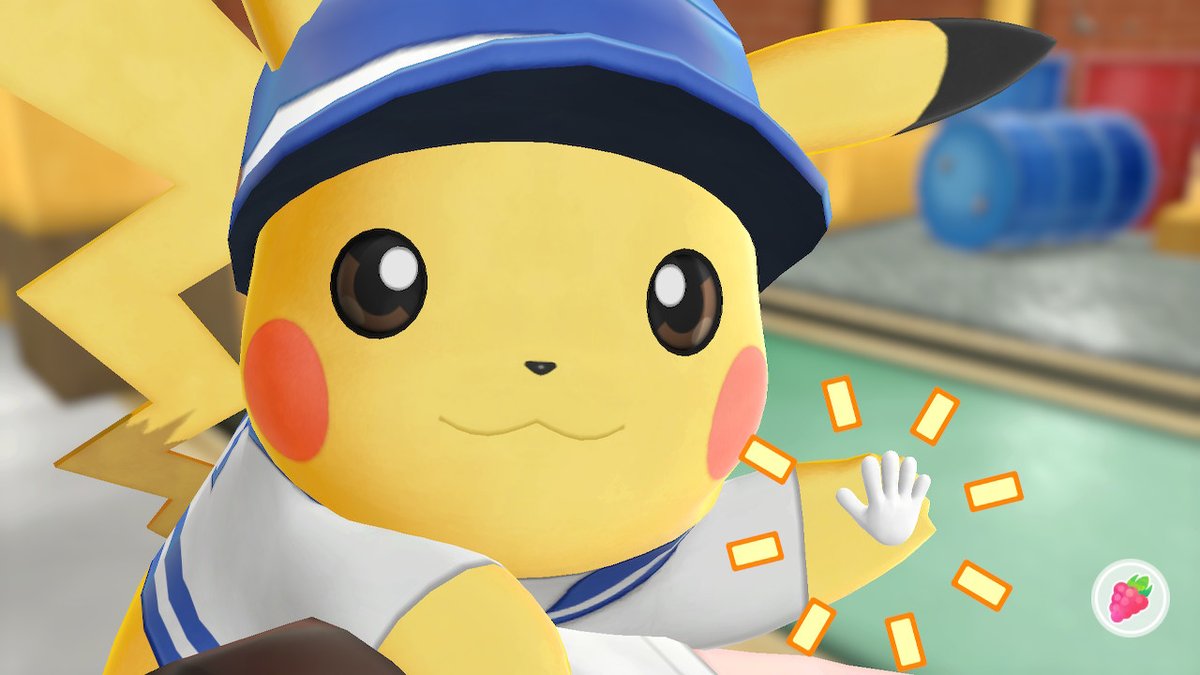 While it may not be the newest interpretation of Pokémon for longtime fans, Let’s Go offers a unique and welcome experience as the first console title for the main series. It’s easily the most visually impressive the series has to offer, and even while on the easier side, is still just as enjoyable now as when visiting Kanto for the very first time. It’s the perfect title for longtime fans who want a relaxed experience, anyone who wants to try a Pokémon title for the first time or is just looking for something on the easier side to try with a younger relative. Pokémon: Let’s Go, Pikachu and Eevee! might not be a look at what to entirely expect for Pokémon’s future on console, but does a wonderful job as a first step moving forward from traditional handhelds.