Like the Crash Bandicoot N’Sane Trilogy before it, the Spyro Reignited Trilogy is an odd mix of old and new. On one hand, the game is gorgeous. It’s obvious that a great deal of care has gone into its artwork and overall presentation, and it’s capable of standing alongside just about every other title released in 2018. On the other hand, the actual game is twenty years old and it shows. Compared to a modern adventure platformer like Super Mario Odyssey, the Spyro games are obviously limited. Yet, it may well be that even a truly modern platformer can still learn a thing or two from its early-3D ancestor. Classics are classics for a reason after all, and often that reason has to do with having something most modern games lack.

If Super Mario Odyssey or a similar modern platformer offered players everything that Spyro used to, then a Spyro remaster wouldn’t have been received with nearly as much excitement. It’s true that platformers have steadily grown and evolved since the days of Spyro the Dragon. For one thing, games like Super Mario Odyssey are just plain bigger. It wouldn’t be at all surprising to learn that an entire Spyro world, along with all its associated levels, could easily fit inside one of Super Mario Odyssey’s kingdoms. A kingdom in Super Mario Odyssey is a massive and complex place with all manner of heights to scale, secrets to find and challenges to complete. Meanwhile, a typical Spyro level is mostly flat, offers only a couple of secrets and few challenges beyond just navigating the level. 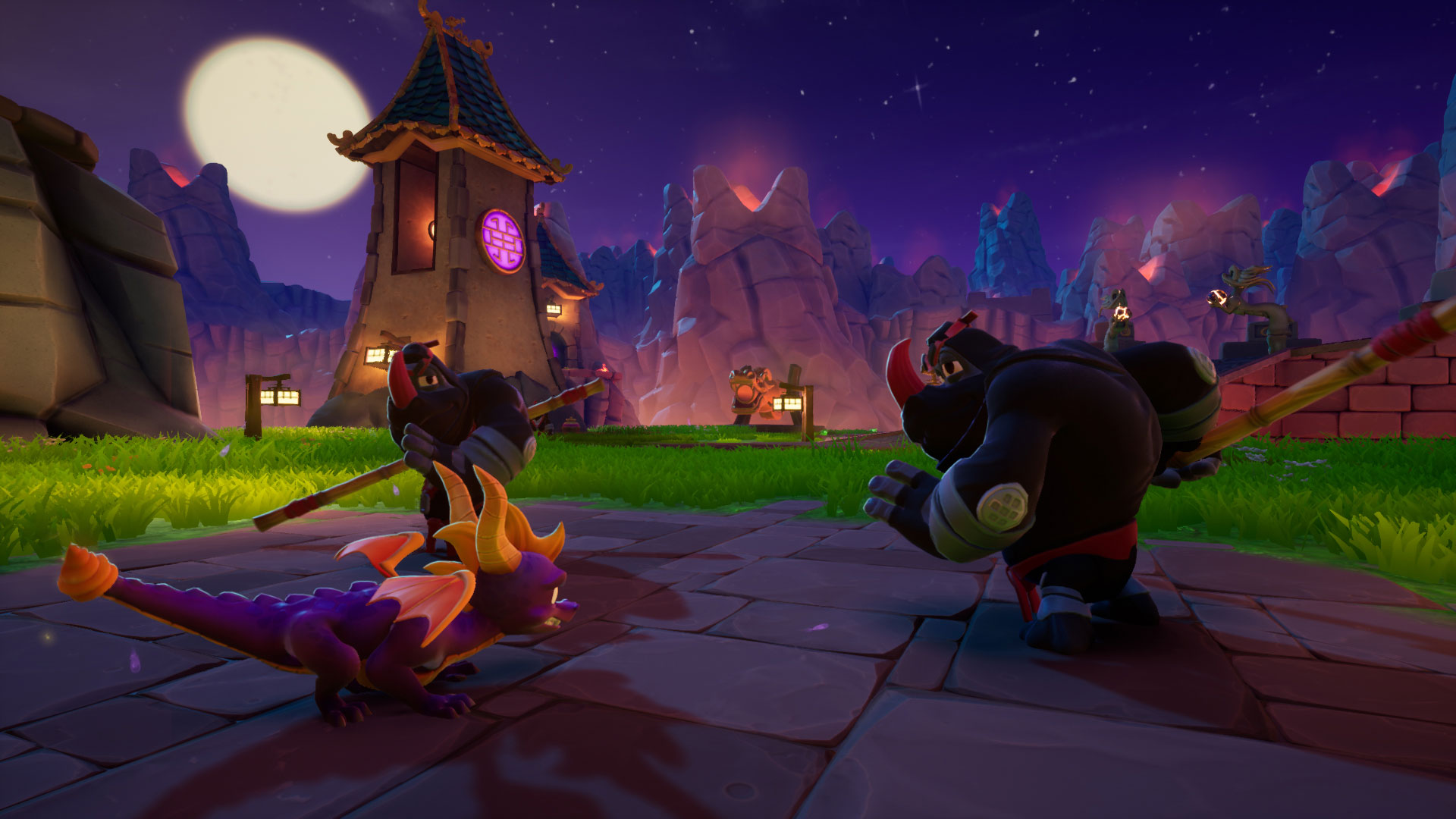 Getting around in these play spaces has dramatically changed too. These days, Mario is more agile than he’s ever been in the past. He not only has his traditional jumps and dives, but also a whole range of acrobatics that can be influenced by the player. In the right hands, Mario can go practically anywhere in any number of ways. As for Spyro, he can charge, jump, glide and briefly hover. That’s it. Overall, the old Spyro games are underwhelming compared to modern Mario, but they do still have a couple of small things the plumber can learn from.

Super Mario Odyssey and the Spyro games are all adventure-platformers built around collecting things. For Mario, it’s all about gathering power moons and nothing else. In Spyro games, Spyro 2: Ripto’s Rage in particular, players need to gather a several types of objects in each level. There’s nothing wrong with either approach, but the Spyro method might be more satisfying overall. With three major collectibles to gather, players receive a constant stream of feedback. Every gem, orb and talisman collected is presented as tangible progress towards fully completing the level. Once all are gathered, players are given a little pat on the back for their efforts and it feels great. Super Mario Odyssey doesn’t do this. 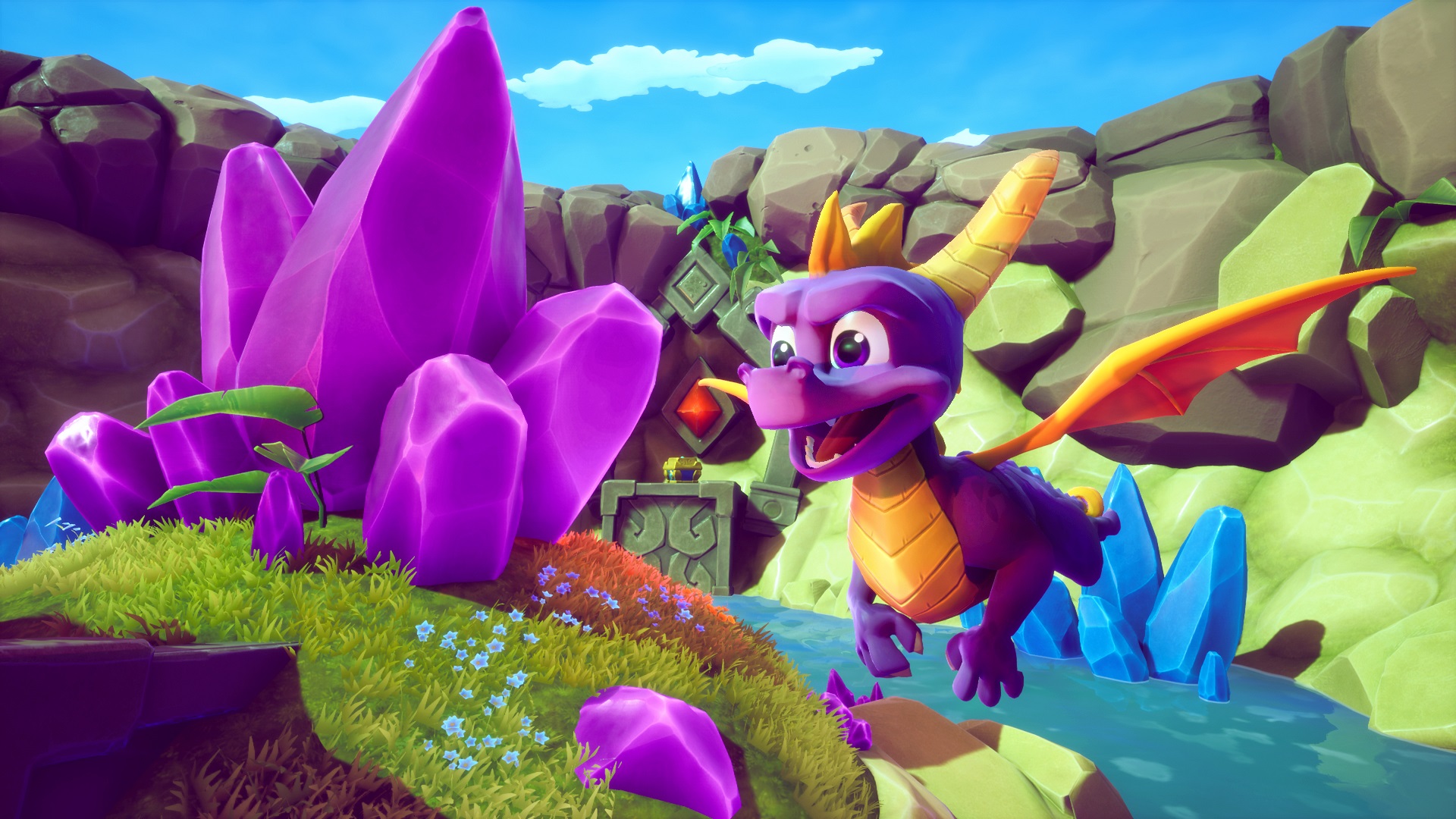 With power moons being the only object of consequence, collecting in Super Mario Odyssey feels different from Spyro. Instead of a nice constant stream of feedback, players only see progress when a moon is gathered. There are plenty of moons to be found in each level, but they’re still scarce enough to make instances of progress feel disconnected from one another. The game makes sure to show players how many moons they’ve gathered every time they return to their ship, but that doesn’t necessarily translate into feeling like one’s completed a kingdom. As a result of this and the lack of any a notification congratulating the player for their efforts, kingdoms never truly feel complete. Instead they just kind of fizzle out, which isn’t all that fun.

The Spyro Reignited Trilogy serves as both a window into the platforming genre’s past and a great point of contrast to measure current platformers against. In most cases, it’s clear that the genre has greatly progressed over the past twenty years. Games like Super Mario Odyssey are leagues better than Spyro in terms of size and complexity. Mario can do more and see more in a single stage than Spyro could do in practically an entire game. Yet, there’s still at least one thing modern adventure-platformers can learn from the likes of Spyro: the art of making progress feel satisfying.

Picking up collectibles in Spyro is satisfying because they’re numerous and finite, and the game makes sure players know it. In games like Mario, though, collectibles are limited, but don’t feel finite. Picking them up doesn’t feel special as a result and doing so eventually becomes a bit boring. Things end in a whimper instead of in triumph. Once that lesson is learned, then perhaps there will no longer be a desire for the old-school adventure-platformer. That hasn’t happened yet, though, and that’s why Spyro still deserves his place in the sun.