Americans celebrate Thanksgiving every November. It’s a time when families gather, friends reconnect and communities unite. On Thanksgiving you announce what you are thankful for in life. So several staff members decided to let everyone know exactly which games they are thankful for. It’s comprised of releases from 2018 and made up of a variety of reasons. Read on to see the titles everyone decided were meaningful enough to make the list!

Jacob is thankful for Celeste (January 25) 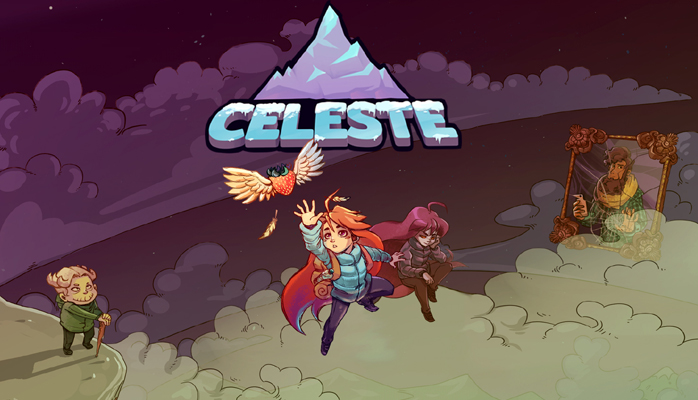 The game I’m most thankful for in 2018 is Celeste. It’s not because it was visually stunning, nor because it had me so hooked that I did anything and everything in it. Rather, it’s because it reminded me of why I love platforming games. It also serves as proof that this so-called “dead” genre is not only alive but is capable of meaningful growth.  All it takes is a good idea and a developer passionate enough to turn it into a game. Also the story and soundtrack are absolutely beautiful. So much so that I was actually tearing up a bit at times. It’s everything I love about classic platformers, but evolved. Seriously, you need to play Celeste.

Adnan is thankful for The Council (March 13) 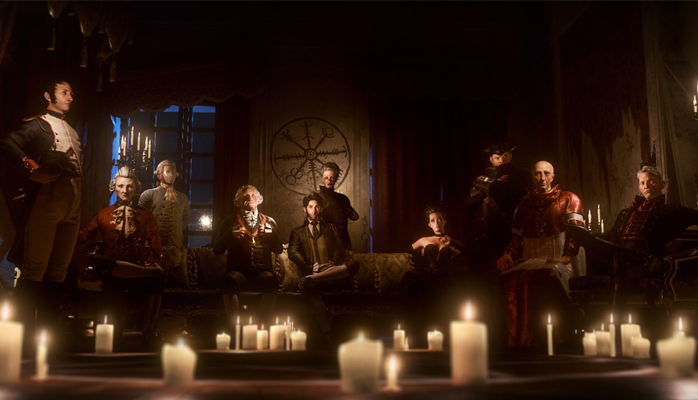 While I’ve loved the concept of episodic gaming, I was never a huge fan of Telltale Games’ work (barring the few exceptions, which included The Walking Dead: Season One and Tales from the Borderlands). I loved Dontnod Entertainment’s work on Life Is Strange 2, but with only one episode released so far, I couldn’t pick it ahead of The Council. Yes, Big Bad Wolf’s title has been a breath of fresh air in episodic gaming, especially with the introduction of its RPG mechanics. Sure, it suffers deeply from technical issues (as I’ve pointed out multiple times in our individual episode reviews), but it is a truly unique experience. Gameplay feels as engaging as its story, a factor that seemed lost in Telltale’s repetitive point-and-click formula. While I’m ready for the long-awaited finale to be released, The Council keeps my hopes high for episodic gaming going forward.

Cory is thankful for God of War (April 20) 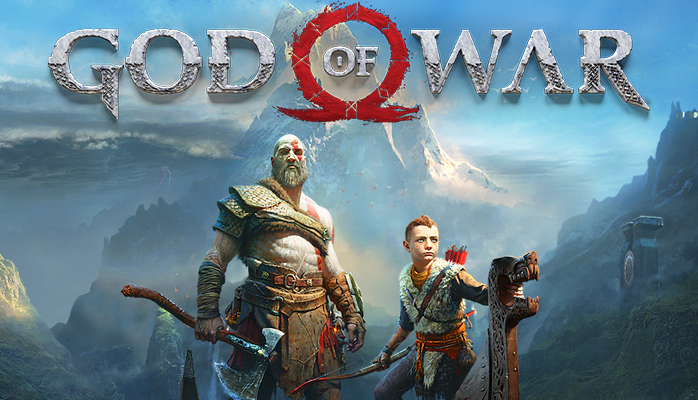 Single player gaming is where video games have always prospered. This year, God of War resolidified the single player experience by offering a strong narrative mixed with excellent gameplay mechanics. When the talk around the industry that single player games were dead, Santa Monica Studios ruined that idea, but successfully rebooted a franchise to something better than the original. That alone is a rarity across any platform. No need for DLC or microtransactions, just an excellent experience out of the box that may just go down as the greatest game not only of this generation, but of all time. I am thankful for God of War.

Jordan is thankful for The Messenger (August 30) 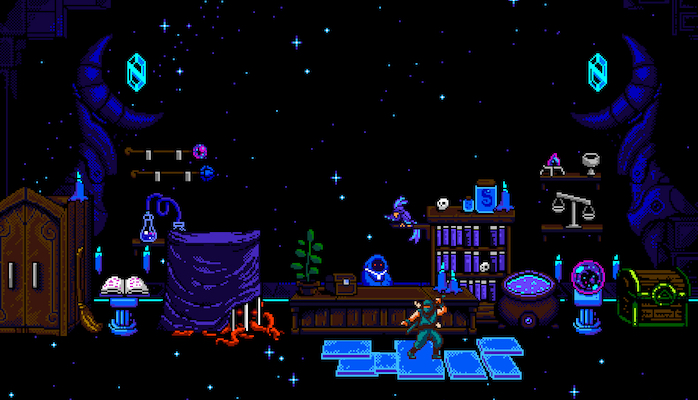 Any game that delivers a fair few neat surprises along the way more than qualifies it to be considered something to be thankful for in any year. And when those surprises are cleverly tucked away — hidden behind an otherwise more marketable element such as a shift between 8-bit and 16-bit styled graphics — enjoyment quickly evolves into respect. Above all else, though, I’m thankful that in the years to come, The Messenger has a shot at being spoken in the same lofty breath as games like Shovel Knight so far as titles that rekindle the joys of the past while fused with the sensibilities of the present. But despite its perfectly-sloped difficulty curve, finely-tuned mechanics and catchy hybrid soundtrack, what I’m most thankful to Sabotage Studio and The Messenger for, is delivering on aspects I hadn’t even considered going into the game. An enjoyable story with an intriguing narrative, combined with a cast of characters heralding a smart, even comical, sense of timing? It wasn’t something I’d given much thought for, but in a way, I’m thankful The Messenger has proven me wrong in that regard. 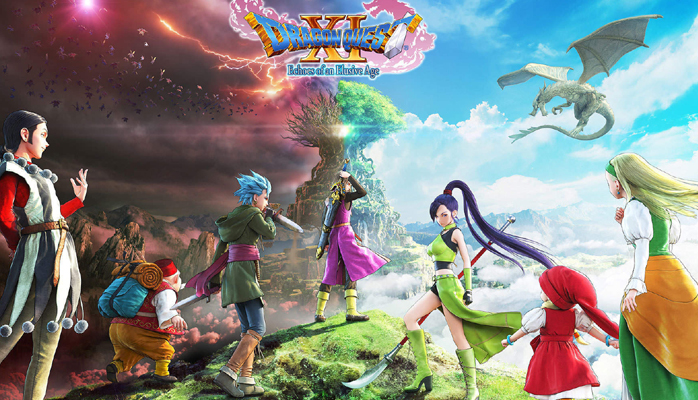 I have fond memories of the first four Dragon Warrior games on the NES growing up, but we have not had a non-handheld Dragon Quest game since 2005 with Dragon Quest VIII. Dragon Quest XI showcases that the series can still deliver a great experience on a home console, evolving with modern gameplay changes while still maintaining the essence of classic JRPGs.

James is thankful for Swarmlake (September 6)

The shotgun is normally a slow, powerful weapon throwing out a double-barreled blast of firepower best administered from close range.  The gun in Swarmlake, therefore, only looks like a shotgun, because it fires an endless stream of light orange bullets at high speed from its twin barrels.  Each of the two different enemy types goes down in a single hit, whether it be the pyramid-like attackers that drift across the endless arena in waves or the ball-shaped seekers that home in on you.  It’s not so much that either of the two enemy types is particularly dangerous, but rather that they attack by the thousands, all at once, filling the sky with a pulsing mass that becomes a far bigger, more dangerous opponent than either of the two could by themselves.  Doing nothing at all sends out the bullet stream but clicking the trigger sends out a blast more typical to a shotgun, but it’s best used pointing down and using the recoil to send you flying skywards.  Once in the air you’ll want to use the blast again, because so long as a single bullet from the barrage hits an enemy it propels you in the opposite direction, letting you almost fly by pure bullet power.  On the way down you’ll want to keep an eye out for the floating pink balls drifting harmlessly along, because touching one causes it to explode in a shockwave that annihilates anything in its range.  Every killed enemy drops a green crystals worth a single point apiece, and if you can trigger a pink shockwave in the heart of large swarm it results in a rain that can send the score through the roof, assuming you can collect it.  The reason I’m thankful for Swarmlake is because it’s been walking beside me the entire year since its March release, with each of its regular updates providing an excuse to hop back into the arena and try for a new high score.  While I don’t play Swarmlake daily I do lose an hour or so every time I remember it exists, carving a path through the swarm in search of a few more seconds of survival and maybe even a decent spot on its leaderboard. 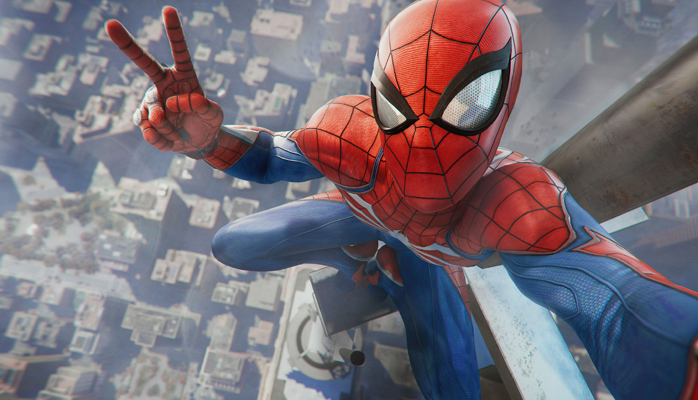 ‘Tis the season to be thankful and while I am thankful for much in my life, I’m especially thankful for all the awesome games we’ve seen in 2018. One title stood out from the rest to me because of the obvious love and care it received during its development. This year, I’m thankful for Marvel’s Spider-Man. Being a life-long comic book fan, I’ve always given attention to those games that intersect with comics. As a wee tot, comic books were something my father and I bonded over. I distinctly remember him showing me his collection one day while we were rummaging through our basement storage. He pulled out a book carefully packaged with bag and board, “Oh this guy, this guy is cool. He’s just a struggling kid, but he tries to make a huge difference.” My father’s respect for the web-slinger rubbed off on me and he quickly became one of my favorite superheroes.

I didn’t know what to expect when I picked up Marvel’s Spider-Man. I hoped it would take after a former favorite Spider-Man game, but I had my fears. I’m glad to say that my fears were misplaced. Insomniac Games created a beautiful masterpiece worthy of any comic fan’s time. True freedom and acrobatic ability at our fingertips created such a lightness in my heart. To see one of my favorite heroes portrayed so accurately made me smile every time I picked up the controller. Aside from a fresh, accurate portrayal of Peter Parker, I was blown away by how vital other characters, like Miles Morales and MJ, were. Long have I waited for Miles to get his due. As someone of Latino heritage, Miles is so important to me for reasons of representation. To see him take center stage made me feel visible and validated. He’s a character many Black and Brown kids like myself looked up to. I’m so thankful that a game like this came out during my time. It was a perfect experience for me from start to finish. 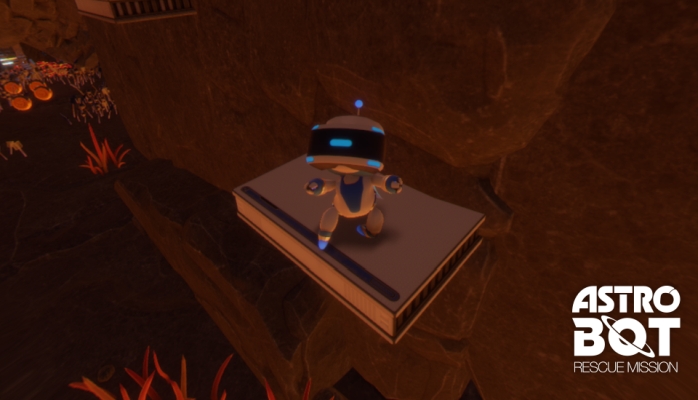 It might be a bit early to call the “Best Surprise” award for our 2018 Game of The Year, but I was honestly shocked at how Astro Bot: Rescue Mission seemed to just come out of nowhere. After hearing the initial buzz I was quite intrigued, and oh yes, it was VERY much worth it. Never have I seen a platformer take such perfect advantage of virtual reality, merging Crash Bandicoot-style platforming with VR technology to create several clever moments of gameplay that make great use of various perspectives. In that sense, it’s basically the best of the PlayStation’s past combined the best of PlayStation’s present. And that’s not even getting into several other impressive factors, such as its unbelieveably cute mascot and unique unlockable bonuses. If Sony is wise, they’ll turn this into one of their major franchises. But getting back to the beginning, it’s Astro Bot’s hidden gem status that mainly has me thankful for it, aside from everything else. Whenever a massive contender for several awards like this blows us away, I can’t help but feel happy of the fact that the gaming world can still deliver welcome surprises like this. So thank you, Astro Bot: Rescue Mission. 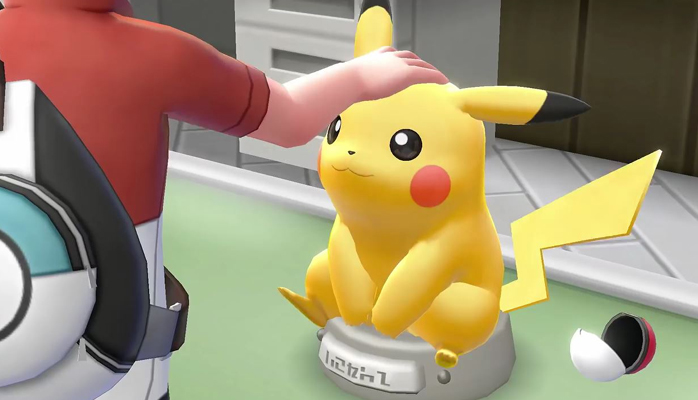 There has been no greater constant in my life than the Pokémon series. No matter what form the games have taken, I always come back to catch them all. That is why I am very thankful for the release of Pokémon: Let’s Go, Pikachu and Let’s Go, Eevee! These two bring me way back to my early days of gaming on the Game Boy Pocket with Pokémon Red. Seeing the Kanto region fully rebuilt with mesmerizing displays of graphics, color and action is truly astounding. Playing through it is definitely just like it felt in 1998. To me, it’s crazy how twenty years after getting my first Pokémon game I am replaying it in a brand new way. I’ve loved the very first games and continue having fun with Pokémon GO mechanics implemented. Pokémon has evolved with the times while retaining its original charm and that’s what keeps me coming back for more.

As you can see, there has been a diverse line-up of video games to be thankful for this past year. Let us know one of your favorite releases of 2018 in the comments below and share how this title may have impacted your life in any way!