Battlefield started out as a PC-focused franchise and so it remains. There’s no doubt about this, despite the day and date concurrent console releases that have become the series standard. With Battlefield V, as well as more recent titles, DICE has been marketing heavily in conjunction with Microsoft to promote the Xbox One as being the primary console home for what might be the best title in the venerable series. This causes one to question the state of the PlayStation 4 version. Vivid memories of Battlefield 4’s botched launch, with whole game modes not working (though that was an issue on all platforms), hard crashes to the dashboard and save files being thrown into the ether are still fresh to this launch day PS4 buyer. So, it was with heavy interest that I took a look at this specific version. To tell it briefly, it’s perfectly functional, but in a rougher state than its PC big brother.

One of the most immediate striking things about Battlefield V comes in the form of its graphics and sound. Anyone who has the equipment should use the War Tapes sound setting (Battlefield veterans are rolling their eyes at such obvious advice). The shocking bass of shells exploding, the cracks of the rifles and cries of the fallen are just as important as graphics to this series, and Battlefield V might have topped previous the previous Battlefield titles in this regard. It might have the best sound design of the year. There’s no discernible difference between the PC and PS4 versions in this regard. 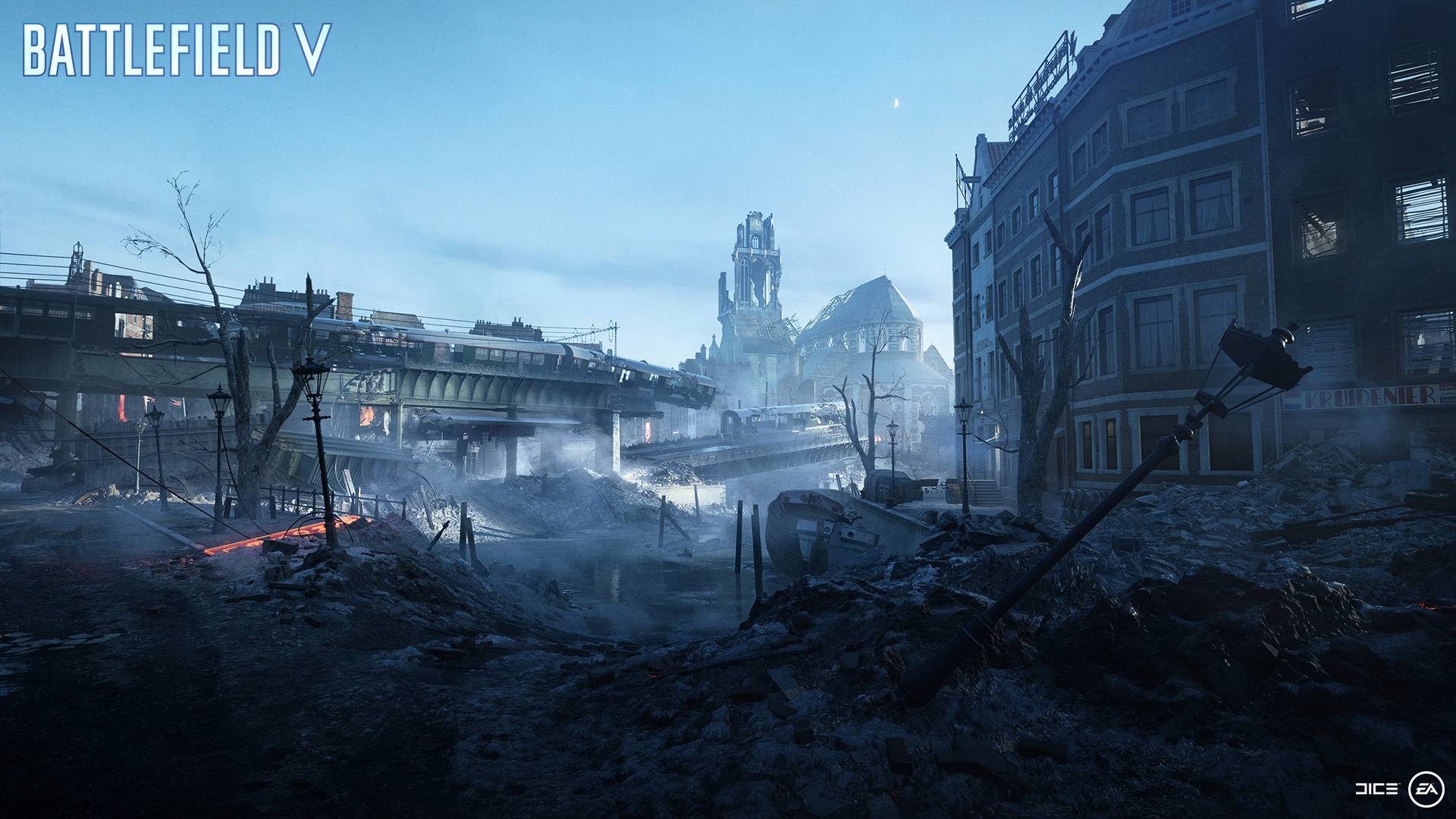 Looking this good on the other hand…

On the graphics front, the battle between the two is a given. PC wins by a mile, so long as the machine is up to snuff. This isn’t to say that the PS4 is a slouch. Buildings still fly apart believably under the attention of an enthusiastic tank gunner, while reflections on water and the sun peeking through trees are still breathtaking. The PS4 obviously has issues with a true 4K output with something this intensive, so minor compromises were made. On the other hand, with the HDR afforded by the PlayStation 4 Pro, the differences are minimal, more noticeable to someone predisposed to look for them as opposed to a casual observer just there to shoot Nazis. At least, when the game is running properly.

That last sentence is key to the comparison. The PlayStation 4 version is rife with bugs and glitches. Some of them have been ironed out in the PC version already, so one can assume that a PS4 patch is imminent. Still, items that were reported at EA’s review event and have been resolved make themselves known here. Taking a gunner position on a troop transport, the machine gun doesn’t track with aiming. This makes iron sights aiming pointless, as there’s no indicator of where the bullets will land. When allies get cut down, they can sometimes fall through level geometry, so that a sandbag emplacement or piece of rubble prevents revival. When loading a field gun in the War Story Under No Flag, the screen can sometimes go black where there should be an animation. 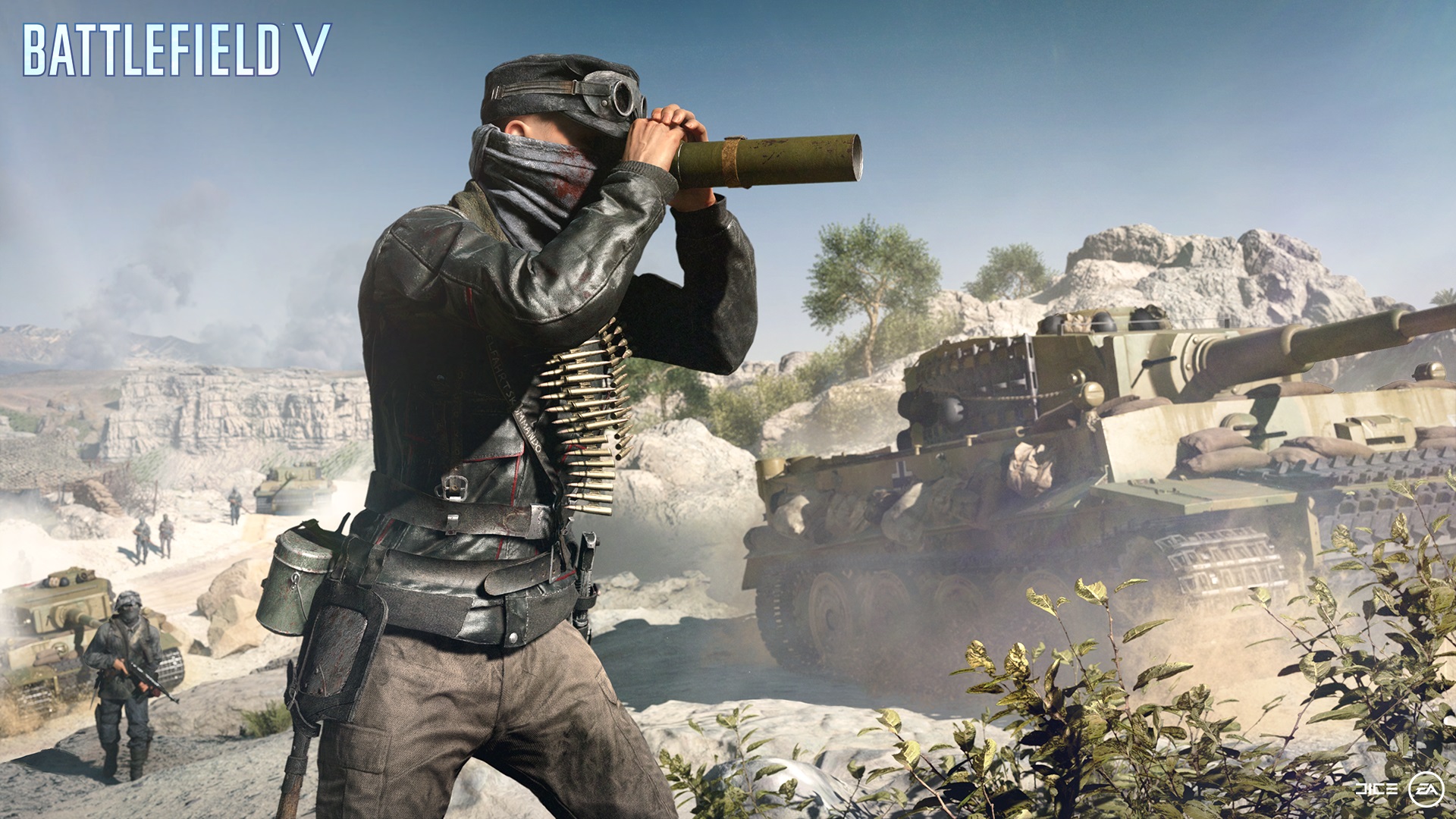 Look at all of those glitches.

This doesn’t even mention the horror show witnessed when a match loads in, but the geometry hasn’t. Disembodied hands, arms and heads occupying an express flight from hell happened more than once. They do load in before the timer ticks down and the match proper starts, but it helps to reinforce the impression that this title came in hot, with folks feverishly working to mitigate the damage done.

Fortunately, the Day One patch that addressed issues with parachuting in is in full force here. Other balance changes have also been made in line with the other versions. It’s just disappointing that this is as rough as it is. That isn’t to argue that the PS4 version isn’t worth playing. If that’s the best option available to the player, it’s perfectly functional. In fact, the transfer of the game’s interface to the DualShock 4 is remarkable, working to blend skillful aiming with ease of use to create that unique Battlefield feel while remaining accessible. Based on my own circumstances and gaming preferences, this is the version that will see the most use out of me and it’s a damn fine game. It’s just best to keep in mind that this version is behind on necessary fixes for obvious bugs.