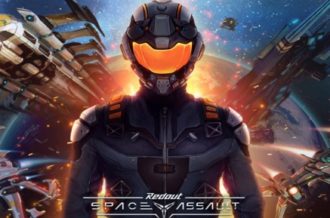 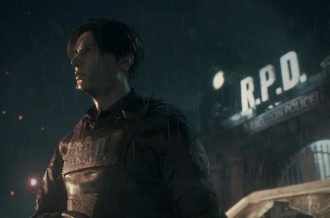 Resident Evil Invades The Division 2 in Crossover Event Next Month 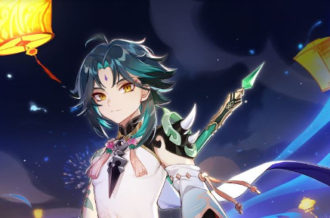 The staff is one of the simplest tools going, only slightly more complicated than a rock. Take a straight branch or small tree, strip off the extra bits and it’s done. You can use it as a weapon to bonk things, a walking stick to take a bit of weight off a long journey, a handy lever or just poke things with it. Or, if you want to get fancy, it can be enchanted to do any number of helpful actions. The staff in Omno has a few useful tricks built in that make it handier than the usual chunk of wood, and the Kickstarter demo (which is now open to everyone as of this morning) lets you get to grips with a few of them.

Omno is an adventure where a young non-human in an alien/fantasy wilderness uses his mystical staff to solve the puzzles found in beautiful low-poly environments. The demo starts off in small canyon, and after a short walk and micro-tutorial explaining a few universal basics the setting opens up into a wooded plateau with a scattering of ruins. Creatures wander about, rocks and plants drop glowing motes of energy, and semi-hidden collectibles are tucked in odd corners waiting to be discovered. It’s a lovely, chilled valley with no pressure to move forward beyond your own personal curiosity as to what happens when you start poking about. 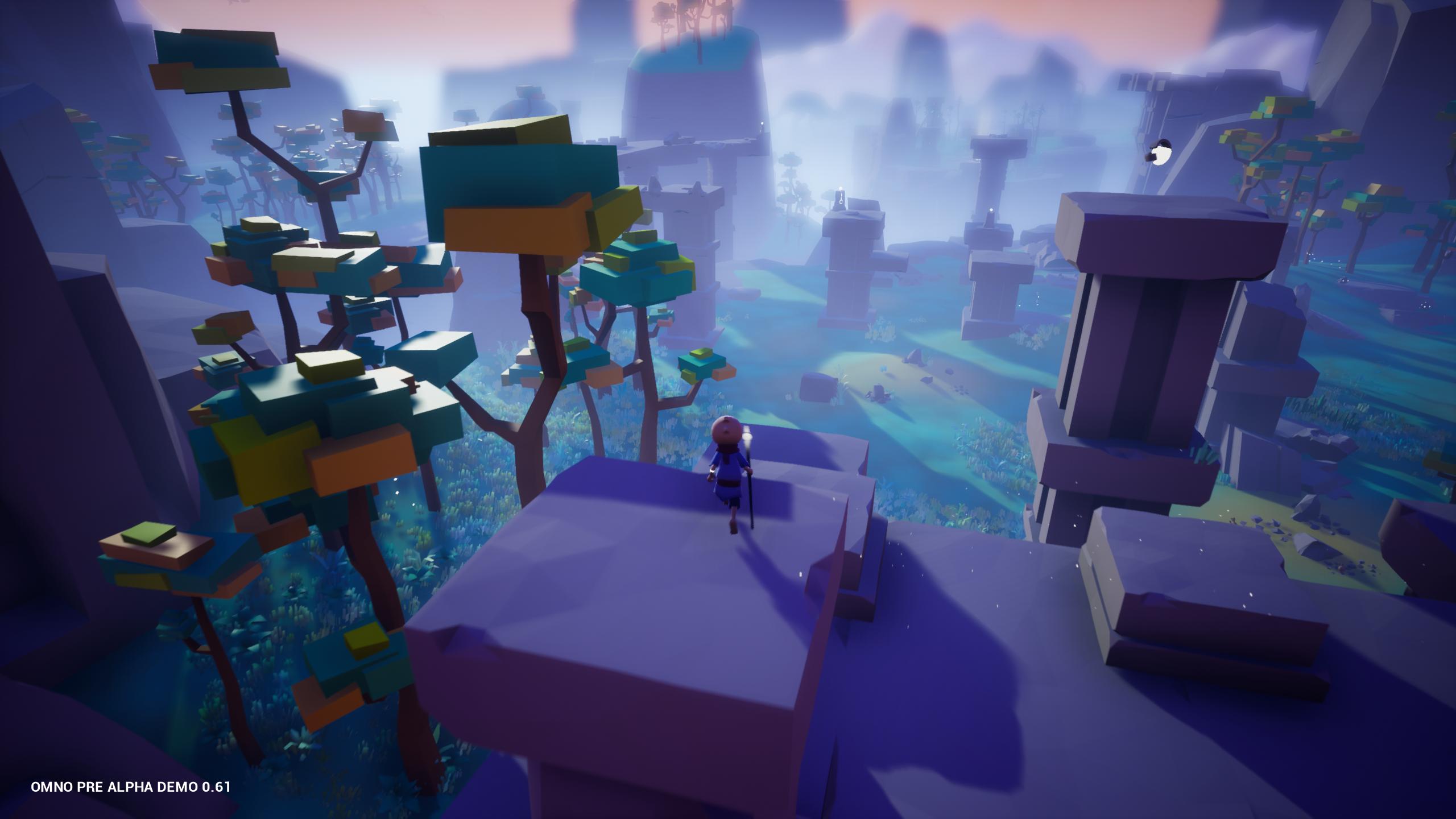 While the adventurer has a good amount of spring in his jump the bulk of exploration uses the staff. There’s no combat to speak of, so the staff acts as a tool to navigate the area. Hit the dash button during a jump to shoot forward, thump the ground to pop open a rock and harvest its power, extend the tip towards a ball of energy to carry it along and use it elsewhere, and even get dragged along as it shoots like a rocket to a target point. The staff is transportation rather than attack and the demo area is designed to use it for a regular stream of discoveries.

A good example of this would be the monument on the right side of the valley. When you hit the scan button you get a display that gives a rough idea of where the collectibles are hiding, and near one of them is a switch that turns what looked like a stone platform into an elevator. Riding to the top reveals more stone pillars that rise and fall depending on your distance from them, and a little experimentation shows the speed of the air-dash is required because otherwise they rise to quickly to jump on. A few careful jump/dashes and you can land on the final pillar, activating the switch to light up the runes on the monument. Which, as it turns out, don’t do anything in the current pre-alpha state, but each step along the way to getting there was a moment of discovery leading to another in a way that felt natural and pleasantly rewarding. 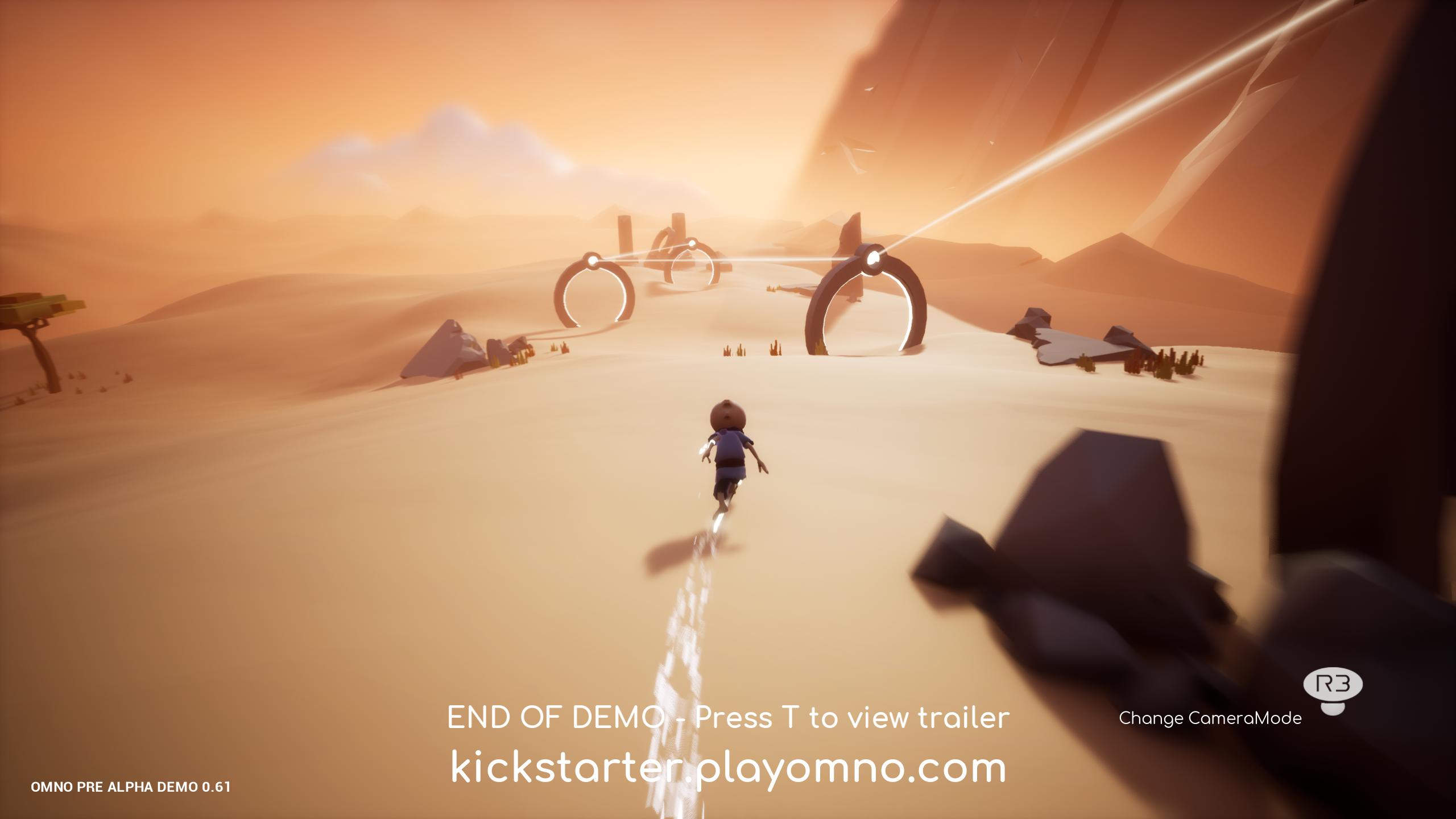 While the pre-alpha was technically only a single level, at the end it plunked me down into the desert with a notification that nope, not a bit of content left.  Nothing to see here, might as well go home.  Except the staff hovers over the sand and can be used to glide around the place, and there are various dash-points you can use to cover ground quickly, plus a slalom of gates that activate a… thing?  As near as I could tell the desert level wasn’t complete, more a place to explore and test out mechanics than actually solve, but like the plateau before it the lack of resolution to the puzzle was less important than following the trail as far as it was currently constructed.

Omno is currently running on Kickstarter and doing well for itself.  It cleared the main target after a week, picked up a number of stretch goals along the way, and is currently on track to clear a few more before the campaign ends on December 4.

Head on over and take a look, or check out the video of my playthrough of the Omno demo below to see it in all its low-poly chilled beauty: