At some point or another, most people have seen or even gotten the chance to try out the original Taiko arcade style drum. This traditional Japanese-styled drum has been used for the hugely popular rhythm title, Taiko No Tatsujin. Since its leap to console, it has seen many iterations of that drum made for home use to get that more authentic feel outside of just using buttons. In the west, it was packaged along side the PS2 version of Taiko Drum Master but hasn’t seen a revival until its most recent launch in the UK. While it may not be available through normal retailers in the US, it’s fairly easy to import for those looking to get the full package but the question is, just how well does it work?

For this look at Taiko No Tatsujin we’ll be covering the Switch version which is subtitled Drum ‘N’ Fun. There is also a drum peripheral available for the PS4 version, Drum Session, but it should be noted that the two are not compatible between systems. There’s also no guarantee that this run down of the Switch drum will be similar to the PS4, so the following look will only apply for the drum available for Switch. This look at the drum will also be comparing to the other main ways to play the drum with motion, touch and button controls on Switch. Without further ado, let’s drum! 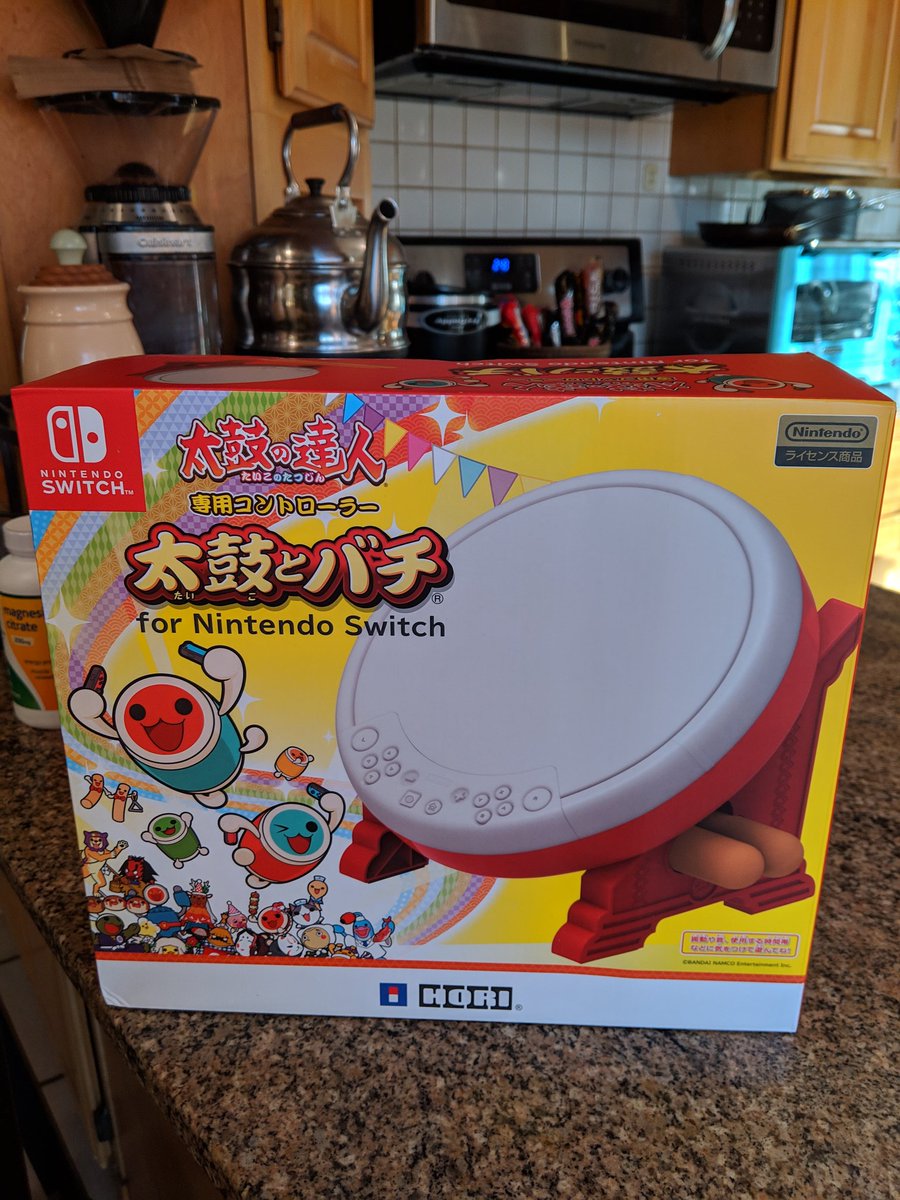 The design of the drum itself is sleek and simple. It comes in a handful of parts which is quick and easy to assemble with no problems. Included is the drum itself, the base and two drumsticks. The drum does not come with the game itself unless purchased in a special bundle. The stand can be used to hold the drumsticks, but while playing two filled water bottles can be inserted into the back in order to weight the otherwise lightweight drum down to keep it from sliding around. The drumsticks are equally simple in design and perhaps their only flaw is how large they are. Their large size can make drumming feel a little bit awkward on the small drum and hard to feel like hitting accurately at first, but fortunately any regular drumsticks can be used in place of the ones it came with for those who want to really get hardcore into it.

One of the coolest things about the drum is that it comes complete with a full set of buttons for the Switch that all fully function. This includes a capture and home button, which makes taking snapshots of those full combos easily accessible. The drum itself can be used for most menu navigation, with the main part being navigating songs. Hitting the sides goes up or down, and hitting the main drum selects. The drum is responsive and will only have hiccups if navigating through the menus a bit faster than it can handle. Otherwise it works great and makes one curious on if this drum could be used with any other games for a laugh. 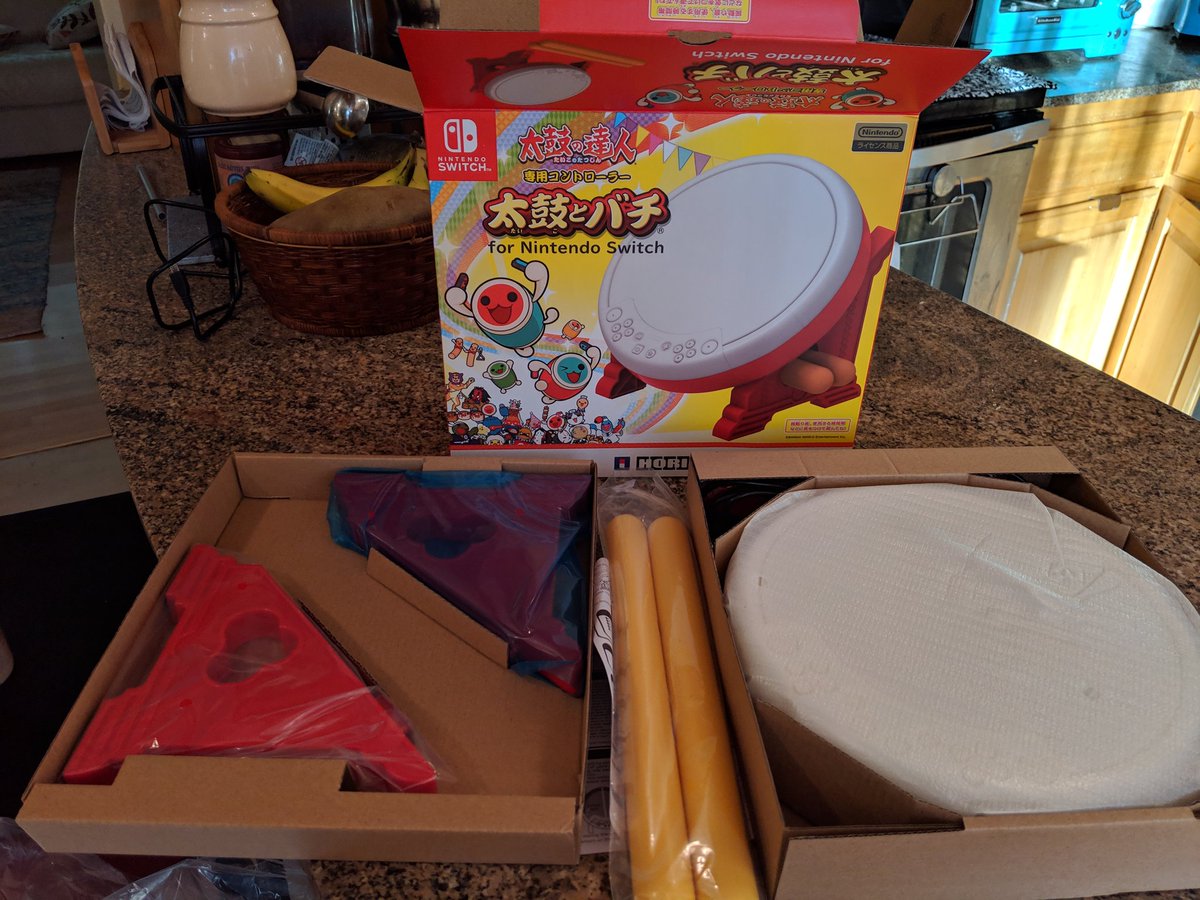 There are three main ways to play Taiko No Tatsujin which are available without the purchase of the drum. The first is motion controls, which have the user swinging their Joy-Cons in the right way to hit notes. While interesting in theory, its execution is really only meant for more casual play and is incredibly inaccurate at times. At most, it’s a light-hearted gimmick for the game but perhaps suited for children playing on low levels. The second is button controls, which are straightforward and just require a good amount of button mashing skills on higher levels. The third is touch controls while playing in handheld mode and is one of the most satisfying and seemingly accurate way to enjoy Taiko No Tatsujin. In comparison, the drum is much more accurate than the Joy-Cons, but in terms of actual use might sit somewhere between touch controls and buttons. Using the buttons on high levels can be difficult just because of the amount of fast button presses required and the drum requires a lot of quick hand movements to hit the notes while touch controls just require light taps that can be done quickly with the most ease.

The drum feels great to play, but is awkward to get a grip on at first. Fortunately there are many ways to calibrate it to fit the player, so most of the time finding that sweet spot will just take a little patience. It comes with a simple USB cord and can only be used in docked mode, but isn’t long for those wanting to sit back on the couch and play. The best way to play is by making sure the drum is secured so it won’t shift around, by either using water bottles to weigh it down or just making sure it’s on a stable surface. It’s also good to note that the drum works best when taking into consideration that players shouldn’t be directly hitting the center of the drum, but rather slightly off to the sides for red Don notes, as hitting the center leads to more missed notes due to how its intended. The drum also requires a good strength for the notes to register and doesn’t respond well to soft taps, which in turn means it’s loud when in use and should be heavily considered if loud sounds might be an issue. While the touch screen for Taiko No Tatsujin is still the most accurate way to play, the drum offers a great alternative that’s fun for anyone wanting what could be considered the most authentic experience. 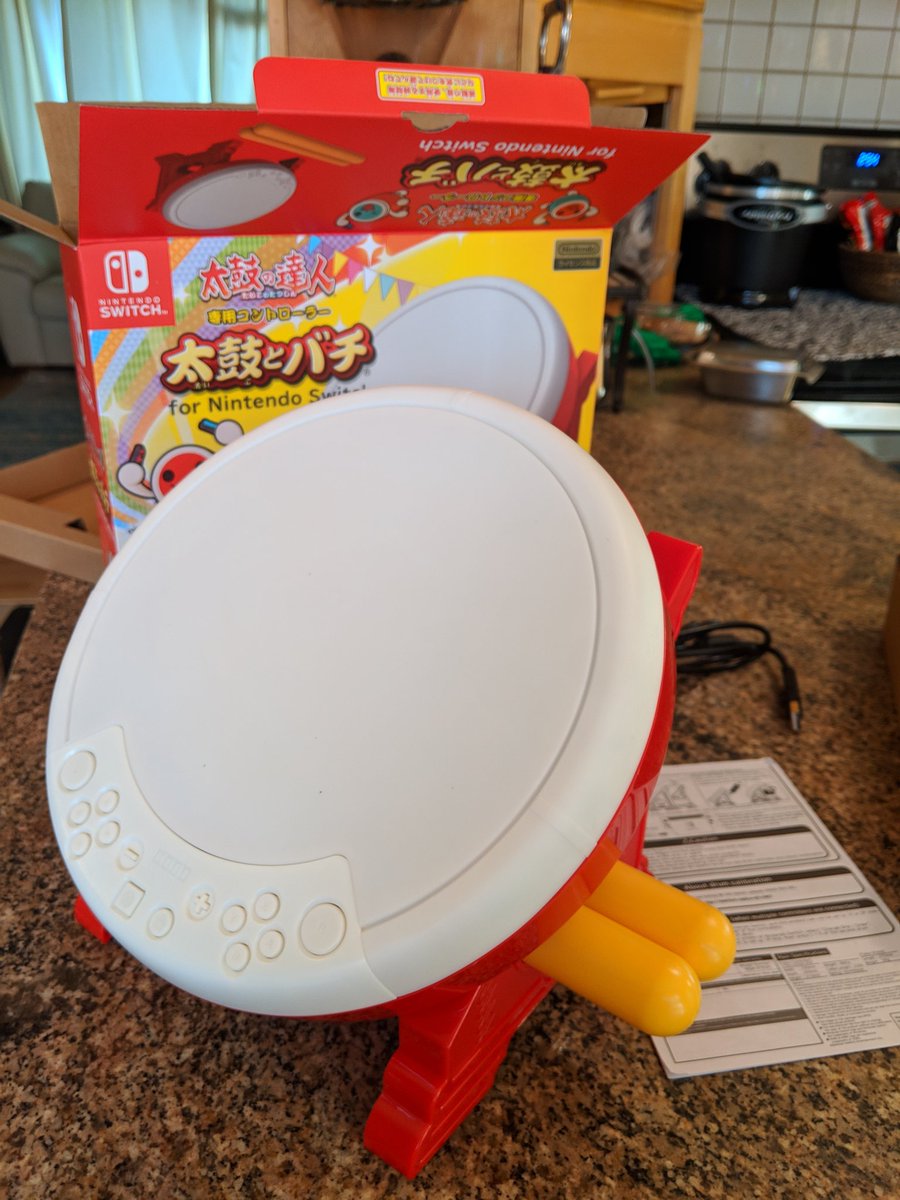 The Taiko drum isn’t for everyone, but it creates a wonderful experience to play either for fun or for a challenge. Although it can take a bit to get used to, it’s enjoyable to play on and easy enough to alter in order to fit each player. It’s unfortunate that those in North America will have to import this item, but there are at least a couple online retailers that are easy to purchase one from although it may take a month or so to get there depending on where it needs to go. Although loud, it’s the most enthusiastic way to enjoy Taiko, as nothing beats drumming your heart out to great music. Those who want to learn even more about Taiko No Tatsujin should be sure to check out our review for the PS4 version of the game right here.