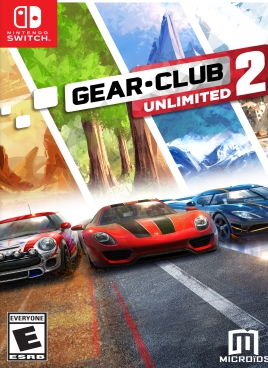 Last year’s Gear Club Unlimited release on the Switch was a hidden gem for the console and hurt by the game getting a limited physical release. It sought to provide sim-like thrills for the hybrid console and targeted an audience that wasn’t being satisfied because there wasn’t anything like that on the system. Xbox owners have Forza, PS4 owners have Gran Turismo, and thanks to Eden Games, Switch owners have Gear Club Unlimited. The first game was a revamped mobile game that minimized the mobile free-to-play tropes evident in a lot of mobile ports and the sequel aims to do an even better job of that — but does it succeed?

Unfortunately, Gear Club Unlimited 2 doesn’t live up to the expectations set by the first game. That rock-solid foundation of racing hasn’t been expanded upon in any major way. While there are more kinds of races to play now, with snow being something you have to worry about, nearly everything with the weather effects feels superficial. You have a variety of different things like snow, rain, sunshine and the like to have as your window dressing, but none of it means much. The rain and snow will cause the tracks to be slippery, but even that won’t make a lasting impact on the race given that the lack of analog controls makes nuanced racing nearly impossible.

Having digital controls works reasonably well here just as it did before. You can get around the track and other vehicles with relative ease, but it takes time to relearn how to play a racing game without analog-sensitive braking and acceleration. Analog steering is in theory still in effect, but with the d-pad also working for moving your vehicle around, it’s still rooted in purely digital movement. This means that you do lose a bit of your directional precision, but surprisingly, the game does control quite well using even the segmented d-pad on the JoyCons. 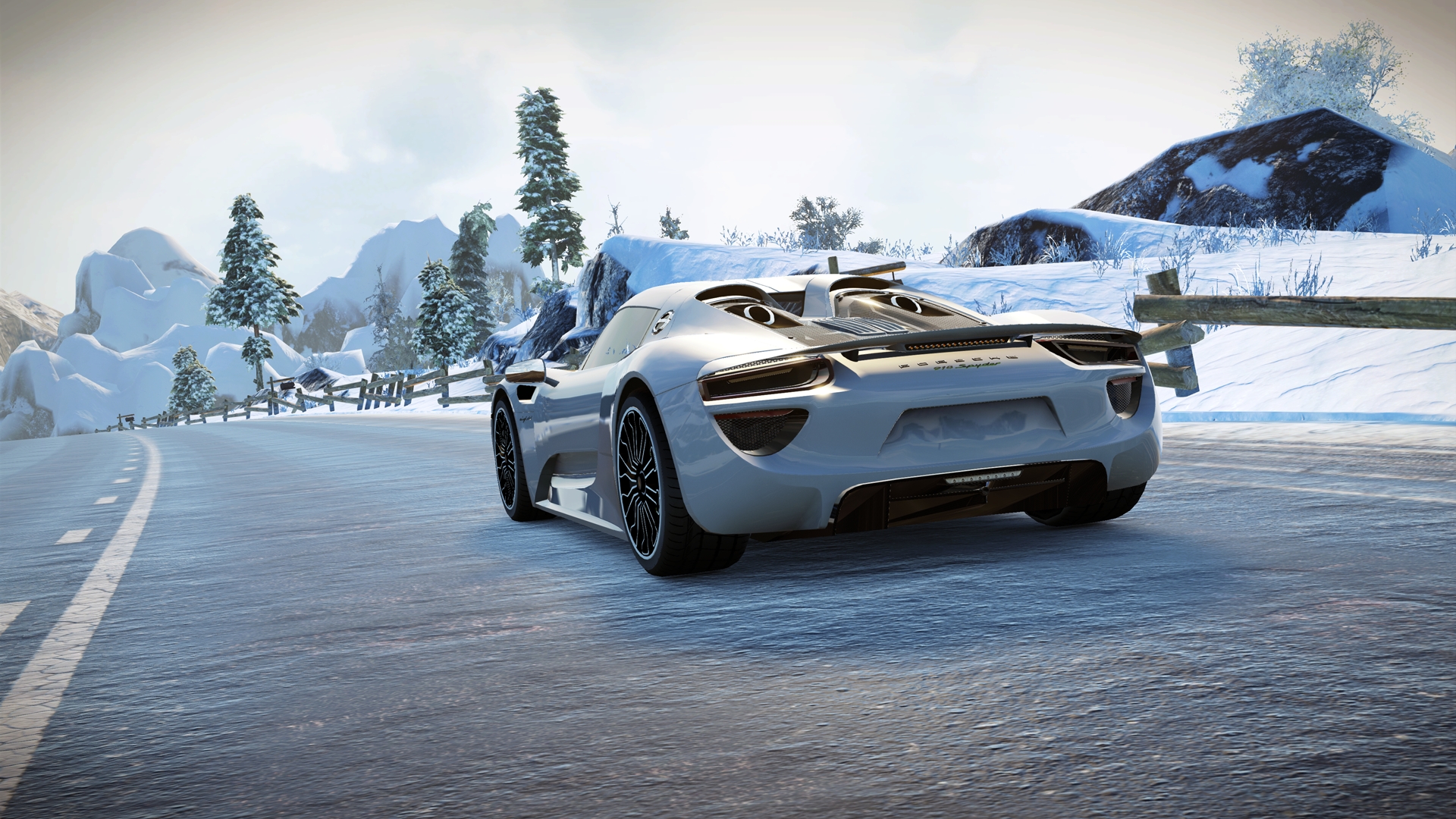 A pro controller is still the best way to play, but using the system in portable mode still results in an enjoyable experience. Using the triggers on the Joy-Cons themselves isn’t recommended due to how tiny they are, but shockingly, the face buttons work well. One upside to the lack of analog triggers is that the braking and acceleration can be done with the face buttons and it’s responsive and comfortable given how close they are to one another. It actually makes for a better experience than trying to use the tiny triggers and I found myself even using the face buttons when using the pro controller after using them in portable mode.

While the game does control well, the core racing action is a bit too sterile to be exciting. AI opponents don’t put up much of a fight, but do manage to annoy you by surrounding you whenever possible. Due to sheer numbers, it’s easy to wind up being knocked around the track and if you get knocked off to the sides of the course, you’re in trouble. While most games will have grass and the like slow you down, it cripples your speed here. This means that being sent off the track for any reason can send you from first place into fifth or sixth or even worse depending on how crowded the field is right behind you. 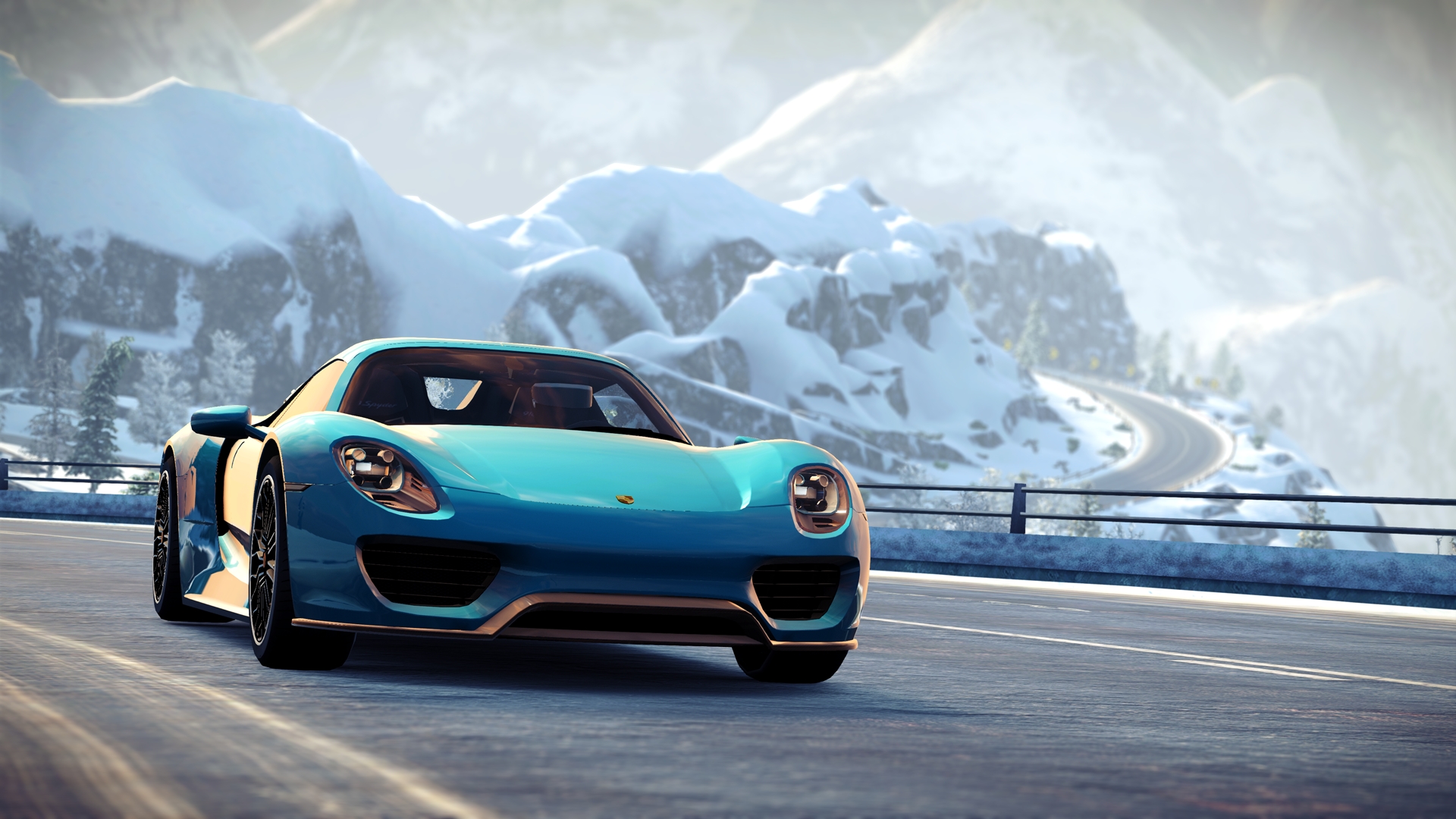 Luckily, Gear Club Unlimited 2 doesn’t have much in the way of rubber-banding. This means that if you dominate the competition, it will be reflected in your overall position. This is a godsend for things like elimination races, which would be ruined completely if there was a rubberband component. GCU 2 is a forgiving game if you make a mistake due to the lax AI and an easier one thanks to the rewind feature. This kind of feature has been around for a decade, but it’s rarely implemented as seamlessly as it is here. All you have to do is hit the X button and rewind with the d-pad back to where you want to go within your last eight seconds and resume — it’s easy to use and probably the most user-friendly version of it in a racing game today.

Gear Club Unlimited 2 features some of the longest load times we’ve experienced on the Switch so far. They’re longer than the original game and whether you’re in docked or portable mode, you will spend about a minute between screens for each race. For a game that’s meant to be portable, it’s amazing how bad the loading is and how much worse it is than the first one — where it was present, but just barely there by comparison and didn’t take away from the experience. 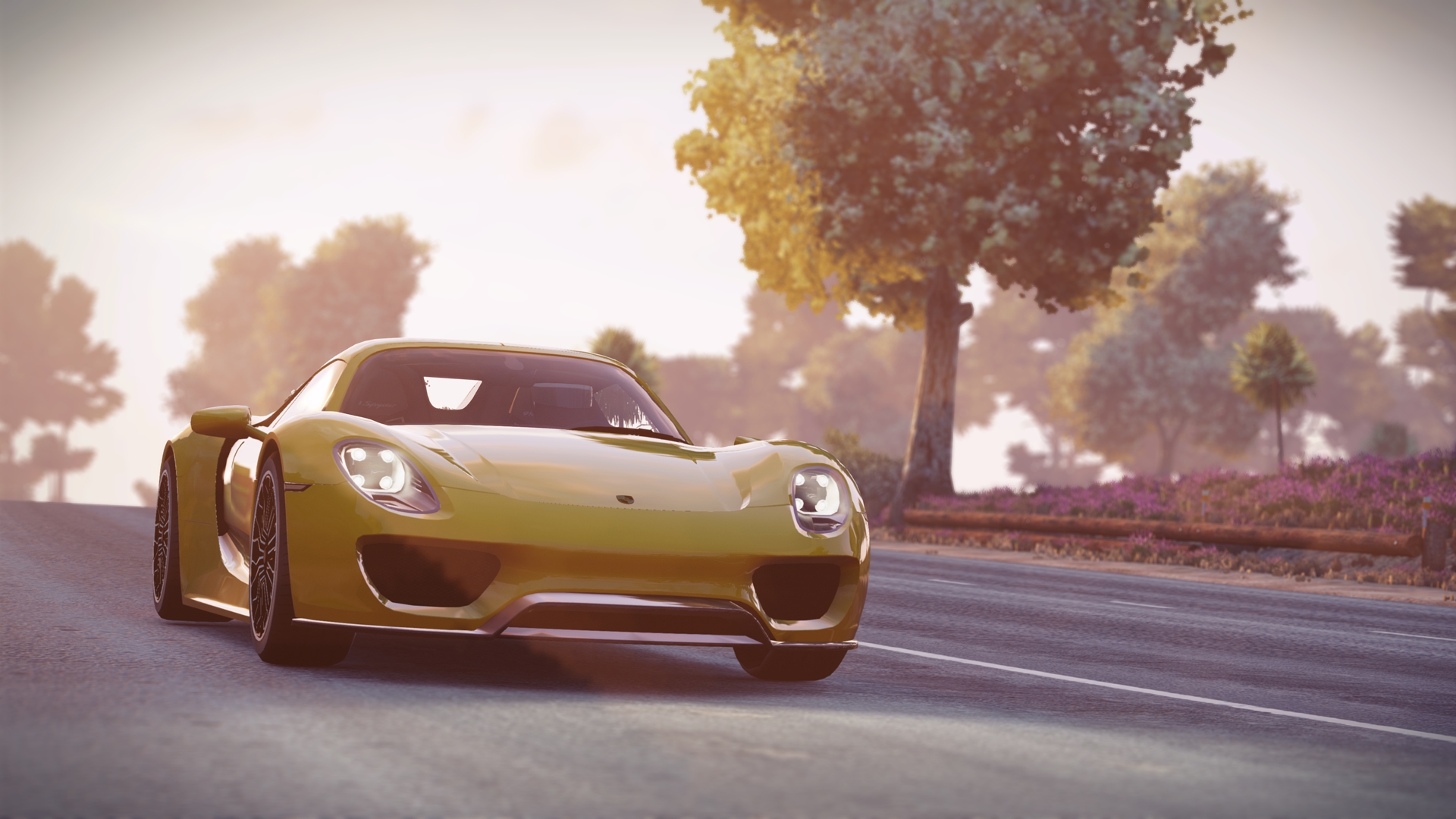 Visually, Gear Club Unlimited 2 looks about the same as the original game. You still have static character cutous coming in to explain things, with the same performance shop and garage upgrade menus to sift through. The car models have been expanded upon a bit to be more detailed with their interiors — but it only gets shown off in the garage when you can explore the cars as there isn’t a cockpit view despite all of the 50+ vehicles having complete interiors. Car details are impressive and easily the best on the system — but things like the weather effects fall well short of what they could be.

Project Gotham Racing 4 did rain and snow far better — both in overall execution and look — and that was over a decade ago. There, snow and rain fell on the track in real-time and formed puddles. Here, everything is just on the track as a sheen and it comes off like a visual effect and not much more than that. Not having snow fall in real-time hurts things too. GCU 2’s sound design is all right and little more than that. The clanking of the cars sounds okay, but crashes don’t have a visceral feel to them due to how tinny the cars sound. Engine noise is better than the first, but still lacks intensity. 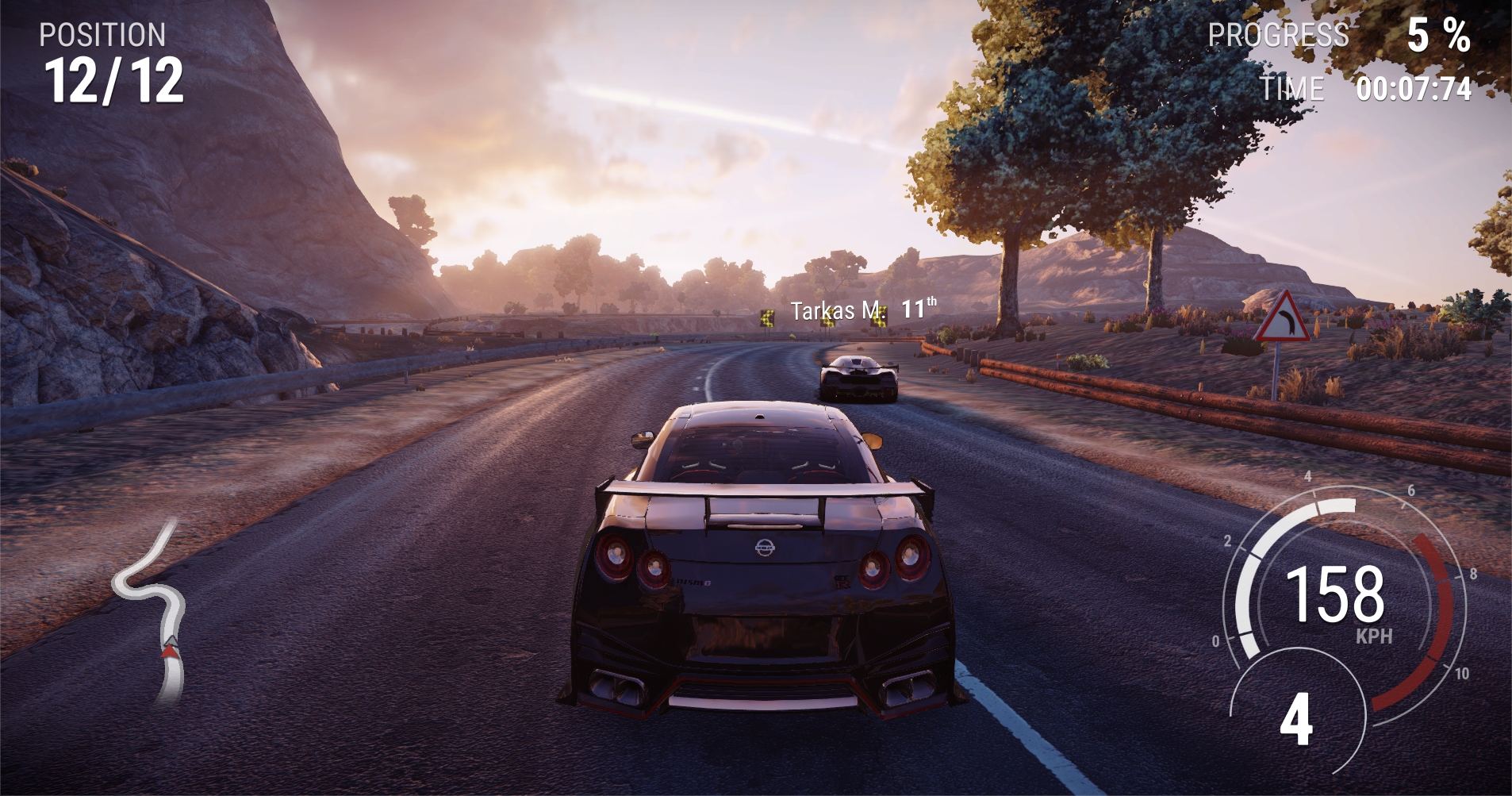 Gear Club Unlimited 2 is an underwhelming follow-up to the first game. There, the idea of a lean simulation racer that was arcade-centric in a way worked. It was rough around the edges, and in theory, a sequel would allow those to be smoothed out. Sadly, that didn’t happen and the final product suffers from a number of shortcomings. There hasn’t been much added in terms of mode selection and the racing itself feels exactly the same. Loading times are fatiguing too and the entire experience is far more laborious than it was before. It’s strange to see that a follow-up that is in theory better wind up being less fun than the first, but that’s the case with Gear Club Unlimited 2. The game needed a bit more time in the oven and it’s evident in the final product.