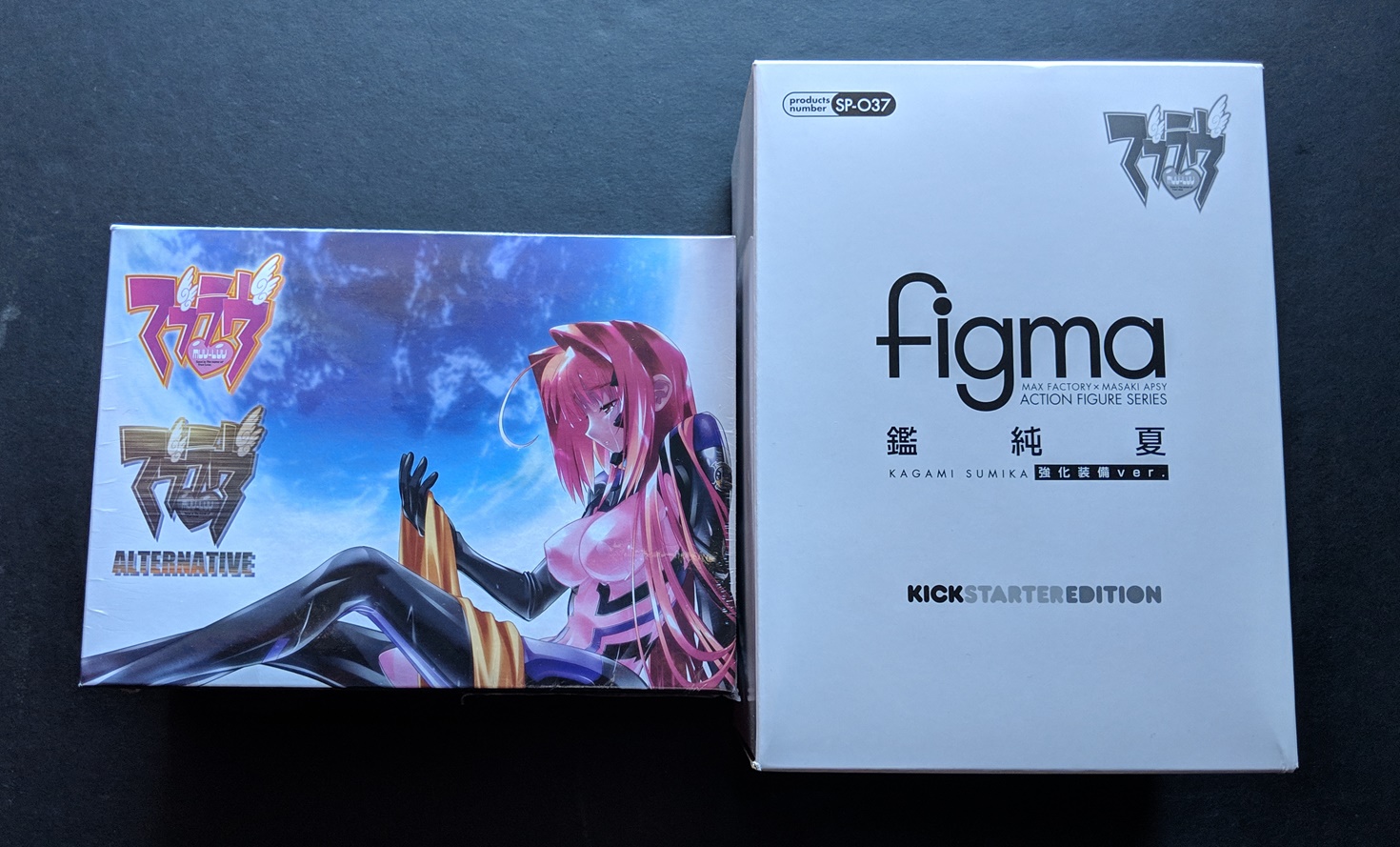 Many have a love-hate relationship with the crowdfunding platform Kickstarter. Even the visual novel community which funds copious titles via the platform sometimes tire of its dominance. Back in 2015, there was still a high tolerance for crowdfunding. Muv-Luv saw no issues and managed to raise a massive $1.2 million in funding from visual novel fans everywhere. Why did it manage to generate so darn much? Simple — Muv-Luv is a tremendously beloved series worldwide. It only made sense that its official English debut would fly past its paltry $250,000 goal.

As the Kickstarter campaign raised more and more money, the Muv-Luv team saw fit to continue raising the stakes. At multiple times during the campaign they simply added more bonuses to many tiers. In particular, folks who brought in at the $150 tier or above were treated to new items such as a Figma figure, plush and high-quality codex book. This could have spelled doom for the campaign. After all, how many stories have we heard of companies promising tons to backers only to find the money raised was not nearly enough to deliver upon them? In the end, it did take longer than promised to receive physical goods, but they did finally arrive. 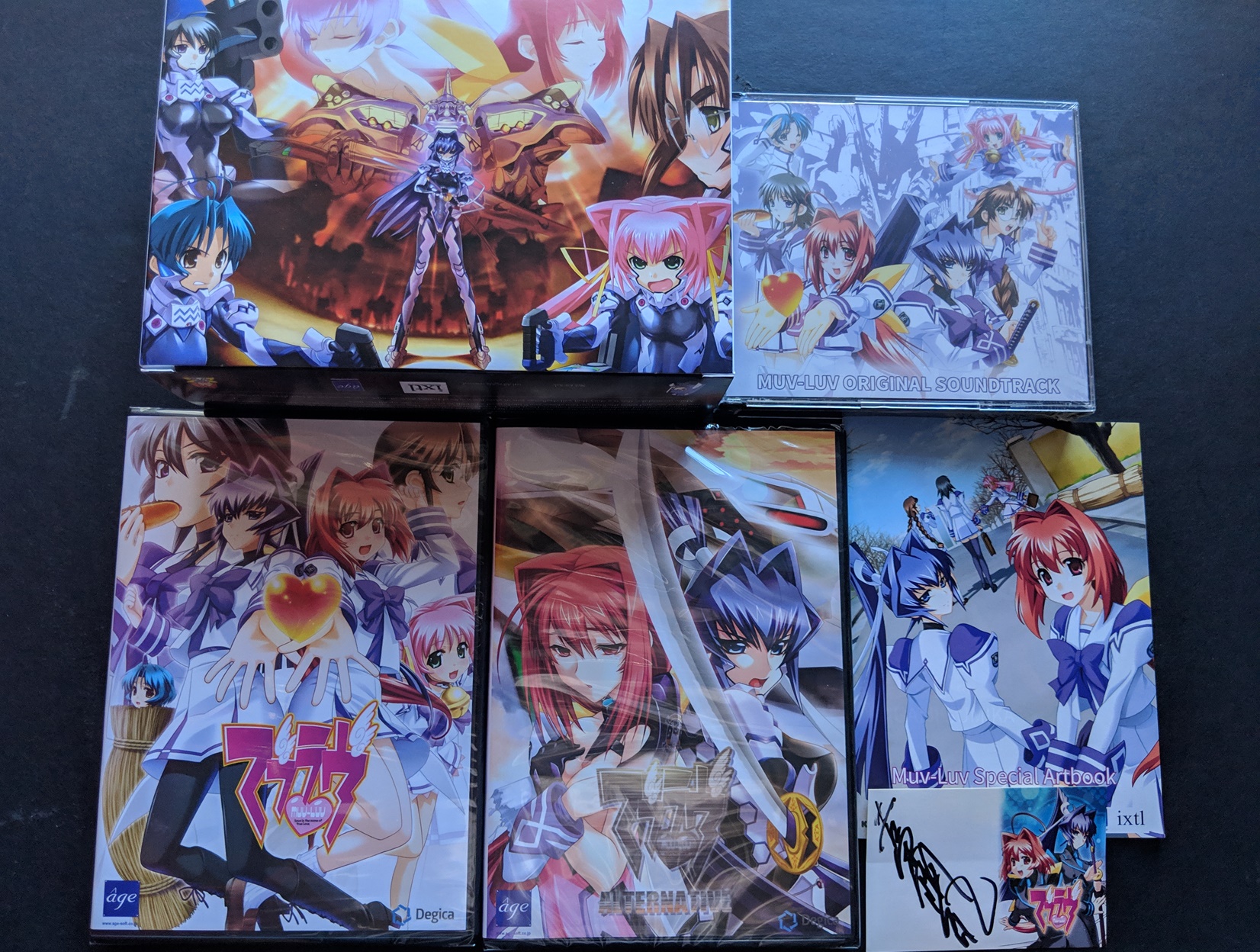 My pledge of $150 entitled me to the Muv-Luv Trilogy Collector’s Box. Included with this tier are a Kickstarter-exclusive Figma and the games, soundtrack and art book in a separate large cardboard box. The Sumika figure is what folks should come to expect from the Figma brand. It comes with three exchangeable facial expressions, multiple sets of hands and a clear stand for posing the figure in the air. For something that wasn’t even originally a part of the Collector’s Box, it’s a solid addition.

All three games in the Muv-Luv trilogy are included on two discs. The “Muv-Luv” disc is actually a combination of the Extra and Unlimited arcs. Then there’s another disc for Muv-Luv Alternative. This is also how they’re broken up on Steam. Note that while the DVD copies do not include a Steam key within them, keys were distributed upon the digital release to all applicable backers. When Sekai Project re-published the titles on Steam later, keys were once again provided so that backers would have access to the latest versions. Of course, 18+ patches were also made accessible for each version. 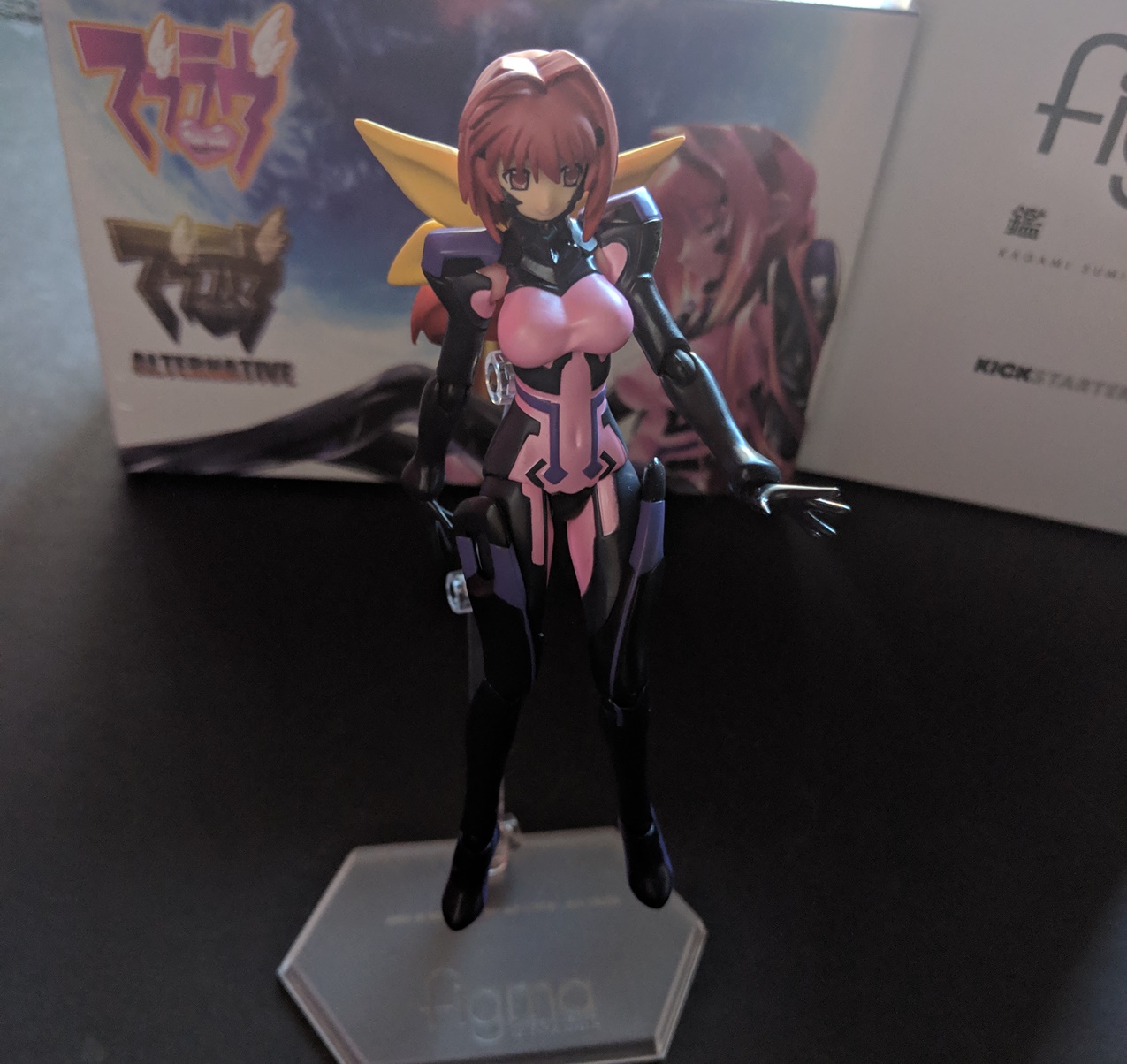 Also included is a multi-disc soundtrack set. This provides tons of tracks from the trilogy’s excellent soundtrack (don’t worry, there’s also a digital download). Unfortunately, the Kickstarter-exclusive special art book feels cheap. It’s a softcover book about the size and feel of an instruction booklet from the PS2/GameCube/Xbox era. Fortunately the artwork included is all in color and enjoyable to flip through. Finally, also included is a signature on a Muv-Luv sticker, rather than on the box itself.

All in all, the Muv-Luv Trilogy Collector’s Box provides more than fans expected. That’s always a good thing — and pretty rare to see for Kickstarter rewards. Often, you get less! Folks who missed out of the Kickstarter can buy a digital copy. Alternately, they could opt for a physical copy from Rice Digital or Limited Run Games. Both companies ended up producing their own editions for visual novel fans to pick up.