The late ’90s were one of the best eras of gaming so far, with a plethora of classic franchises beginning and the rise of the third dimension. 2D platformers still had a lot of life in them, as the ever-growing popularity of the genre in today’s indie realm shows. The industry at the time, however, was shifting away from them by sheer force — especially on Sony’s PlayStation in North America. One concession that a lot of companies tried was a 2.5D approach — which combined the core of a 2D platformer with polygons and depth in the game world. Klonoa: Door to Phantomile was a unique game for its time and one that has stood the test of time wonderfully.

The titular character is adorned in bright red pants and a big blue hat and he goes from dream world to dream world to save the world. There are a ton of story beats here, unlike most platformers of the time. There’s a bit of voice work in the game too, but it’s all in a unique language. This is fantastic for many reasons and they all add to the experience. The first is that it builds the game’s own lore more by having a uniform language that end users only see subtitled. The second reason is that with how bad English voice acting was in games as the time, it’s probably for the best that the voice work was just done in a language that didn’t exist. This era of gaming was notorious for some of the worst VO work out there — including low-end animes and avoiding that issue at the time allows it to age better twenty years later. 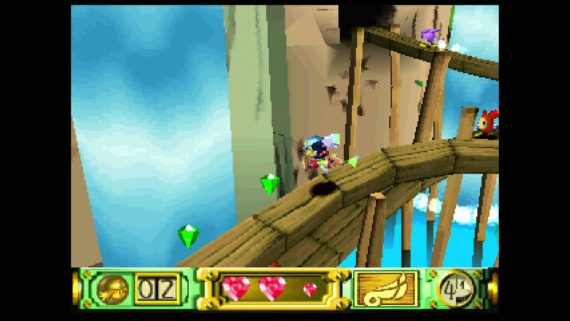 The core platforming action is a bit more puzzle-infused than most, with enemies and the game’s main action still playing a part in it. Klonoa doesn’t just jump around, but he grabs enemies with a magic ring and uses it to do all sorts of things to them. He can throw them into one another to take them out or use them as a means to throw himself upwards. One small way to use them is to throw them from the foreground to the background and either interact with items or parts of the world. This allows you to build up point totals faster than usual.

This blend of platforming and light puzzle-solving continues when it comes to progressing throughout the stages. Most games of this type are straight up left to right affairs, but Klonoa mixes things up with a variety of paths to take in order to progress. This means that the game may lead you towards a top path with a lot of goodies that you naturally think is a better way to go — but it winds up being a catch 22. You have more power-ups to gain, but also more risk as they can be littered with more enemies and thus more risk when you have to leave them due to a dead end. On subsequent playthroughs, you learn which paths to take, but in real-time, it’s a fine example of trial and error gameplay teaching the player as the game goes on. 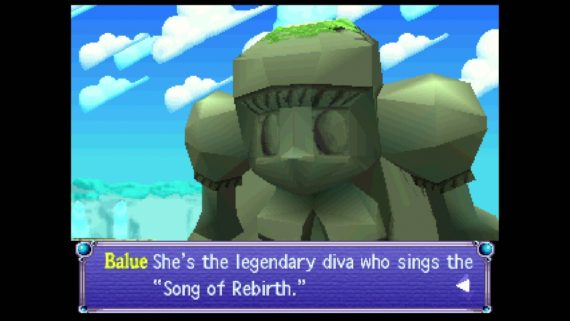 What starts with a branching path turns into teaching you proper strategy against bosses, as the game also features the ability to walk throughout the entire lane of a structure. If you have a long circular platform, you can traverse the entire thing and then jump either on or off of it based on what’s nearby. If an area before a boss uses one, you can be sure that it will be used in the next boss battle to give you a leg up on how to make your way through the boss area and minimize if not completely avoid damage.

Klonoa is a user-friendly game to learn because of how seamlessly it trains you on what to and not to do. You’ll learn the latter from possible cheap hit areas that are there to teach you quickly what to avoid doing. You’ll have a sea of enemies flood in and need to learn the best way to eliminate them to move on. These usually take the form of traversal puzzles where you have to take one enemy out by throwing them into another at a certain part of the stage, but not another. Failure leads to an instant respawn for the foes, so it’s easy to just keep retrying and parts before and after these tend to offer up health items so your damage is never too great before or after them. 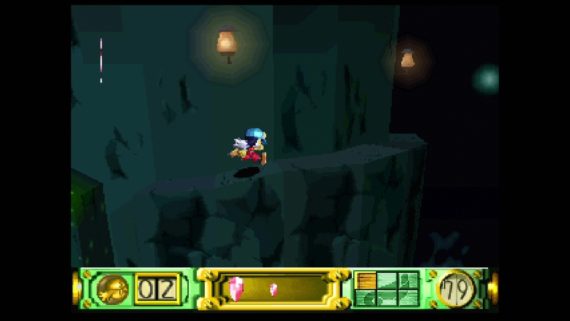 Visually, Klonoa’s low-polygon look has aged surprisingly well. Yes, it does look aged due to heavy pixellation, but the game still looks good. The world itself is bright and colorful with lush backgrounds and heavily-detailed worlds. Things like castles have full brickwork, complete with wear and tear on the castle’s bricks, showing a lived-in world. Parts of the world like fences will also have pieces missing and small touches allow this to feel like a real world you’re saving as opposed to this pristine-looking world that seems artificial.

Beyond the well thought-out voice work, the music in Klonoa helps the sound design as a whole succeed. The music fits the bright dream worlds and remains in your head after you play. None of the songs are considered all-time gaming classics, but every one of them fits the stage they’re in and are immensely hummable. For a twenty-year-old game, it’s incredible to think about how good this game sounds now and it’s a testament to getting things right the first time that the presentation as a whole holds up so well over time. 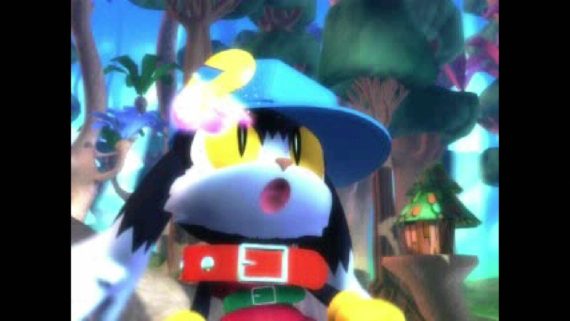 Klonoa remains a must-play platformer on the PlayStation and an easy one to enjoy in multiple forms now. The original PlayStation disc release is a bit pricey, but you can get the game for a much more reasonable price of $6 on the PlayStation store and enjoy it on a PSP, Vita or PS3. The game also received a Wii remake that goes for around $30 — and while that is the best-looking version of the game, it does lose a bit of its early 32-bit charm with the upgraded graphics. You can’t go wrong with it though as the new graphics are more in line with what was used on the PS2 sequel, and hopefully, we will one day get a compilation using the definitive versions of those games on modern platforms. The Switch would be perfect for a Klonoa compilation as platformers like this fit in wonderfully on the hybrid console.