Set in Tartarus, Hades sees you playing as Zagreus, prince of the underworld and son of our title character. Despite his father’s objections, he wants to escape Tartarus and find his way to Mount Olympus instead. Mind you, Tartarus actually looks incredible thanks to the world the devs have drawn and crafted, but whatever works. Things naturally won’t be easy, though. Aside from the hordes of enemies in Zagreus’ way, Tartarus is basically an ever-shifting labyrinth. Meaning that he’ll need to prepare for sheer (nearly-literal) hell, even if it means dying again and again. 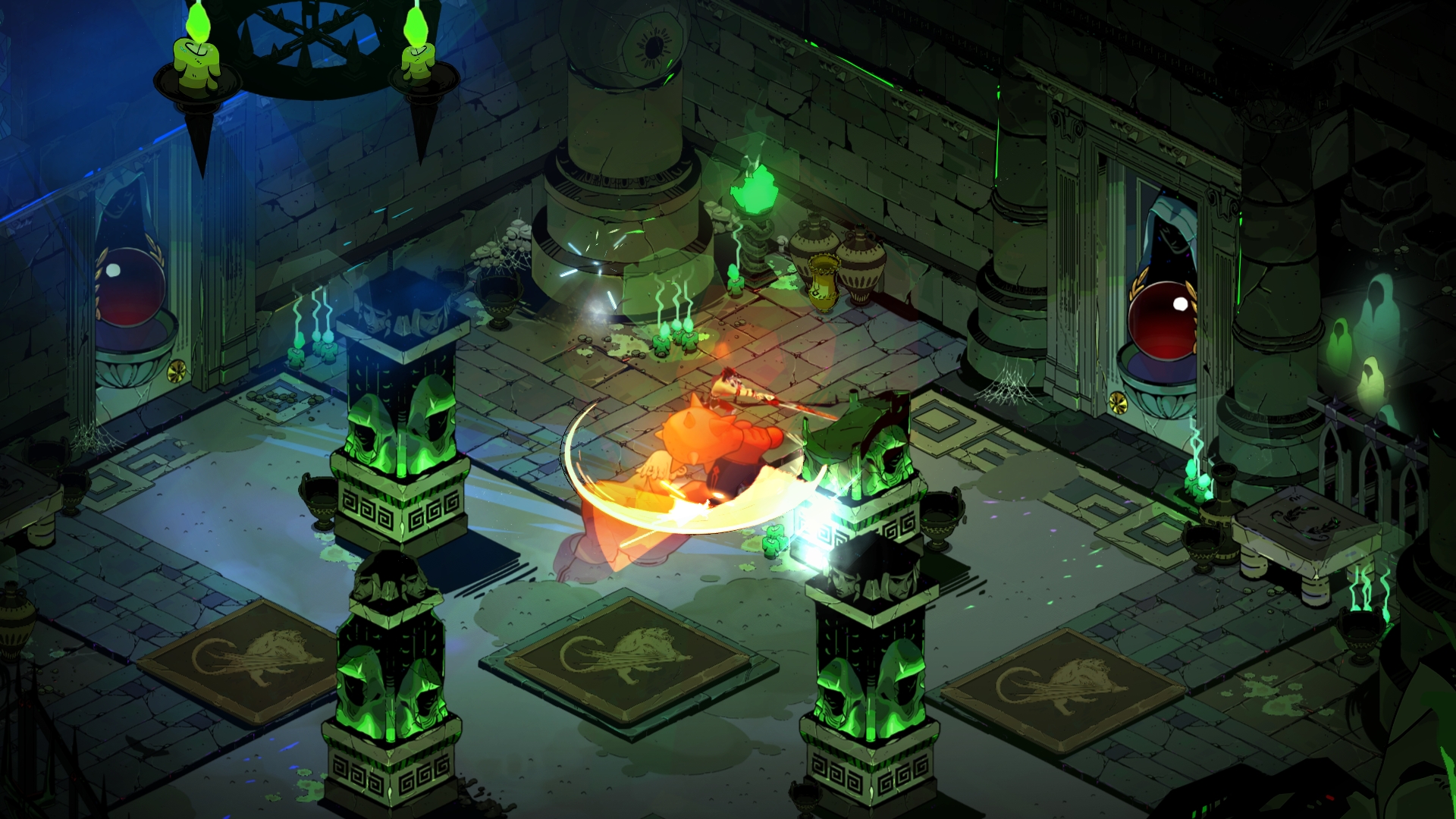 Stepping into the game for the first time, a few Supergiant staples become obvious. Ridiculously gorgeous world with details backgrounds, narrative voices, fast-paced combat, et cetera. But Hades twists things up a bit via the addition of roguelike elements, being more of a dungeon crawler. This means not only having to prepare for several different threats, as mentioned before, but making tough choices as well. Do you select the room that rewards health or money afterwards, knowing you can’t go back? Which of the three boosts do you accept, knowing it only lasts for this one run? Do you invest in upgrades ASAP or hold out for the possibility of currency for better ones?

These may seem like typical roguelike scenarios, but Hades easily makes it work. In fact, Hades may actually be one of the more simpler titles from Supergiant, at least in comparison to their last two games. Combat is standard isometric hack-and-slash, with main attack, ranged attack, heavy attack, dash. The ranged attack — a cast — is bit more unique in that you have to retrieve the ammo afterwards, slightly similar to Titan Souls. But even dealing with the basics, this is still incredibly fun stuff. Plus, this is Early Access, so other twists may be added later. 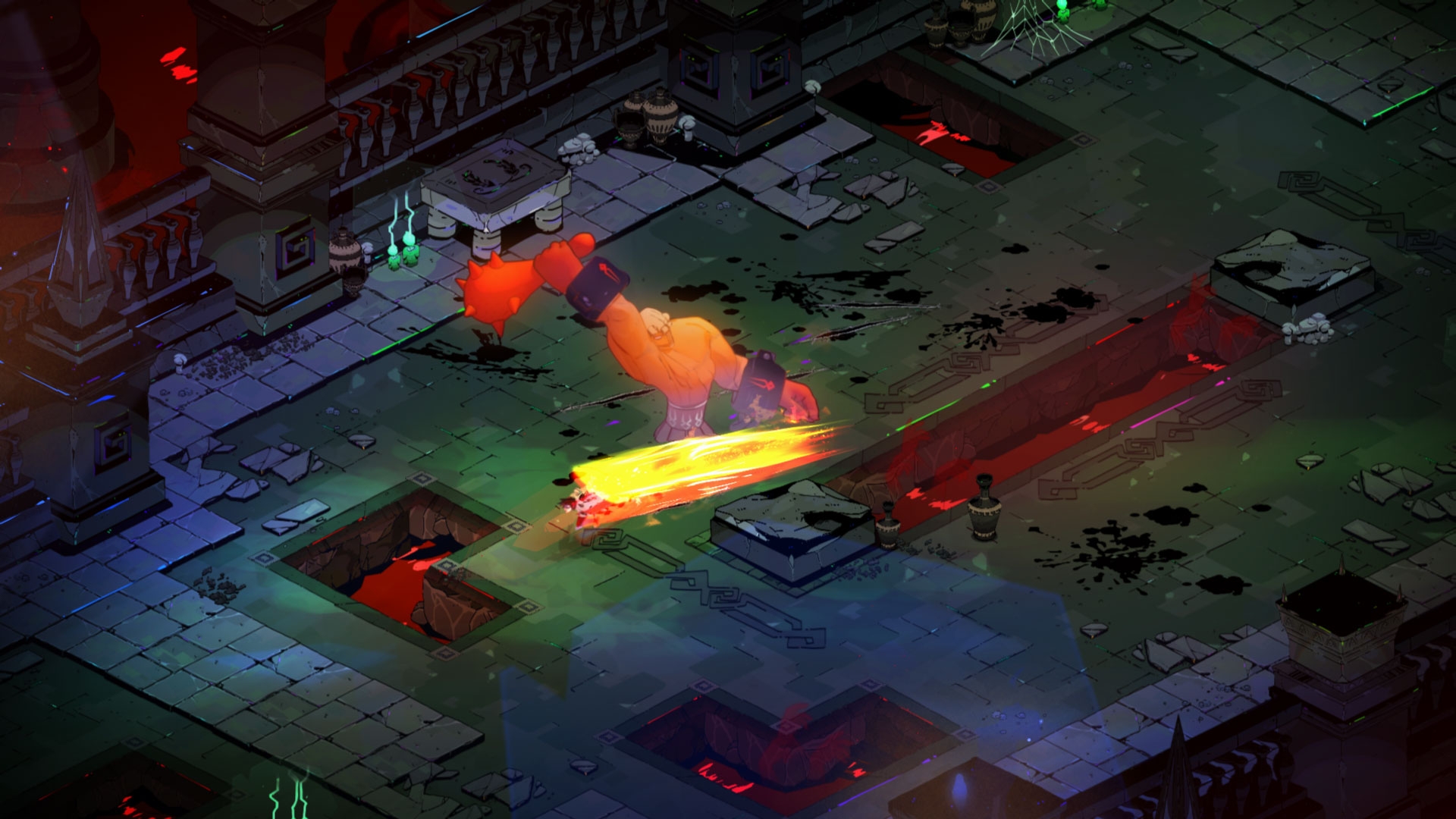 What makes it work is that aside from fun gameplay, Supergiant are still masters of presentation. In case it hasn’t been made clear yet, Hades is gorgeous. Every bit of scenery, monster design and animation is a treat for the eyes. The characters are also the enjoyable lot as well. There’s surprisingly a good chunk of humor on display here, given the setting. Zagreus has some notable quips, as do the like of Hypnos and Nyx. And talking with more characters reveals nifty anecdotes such as Cerberus having destroyed a whole lounge. And with new bits of dialogue added after each death, it provides a reason to keep going.

There are a couple of traps that Hades can easily fall prey to, though. One of them being…well, Hades. The poor guy just cannot catch a break when it comes to representation in entertainment. In actual Greek mythology, Hades is more of a neutral figure, in stark comparison to figures like Zeus that have committed more notably insane acts. And while Hades doesn’t truly come off as pure evil here, he’s framed as a taunting antagonistic presence of sorts, while the likes of Zeus and Poseidon are cheery figures all willing to assist Zagreus with various bonuses. True, these stories are always open to interpretation, and perhaps the story later on provides more twists, but it would be nice to see a little bit more deviation from the standard take. 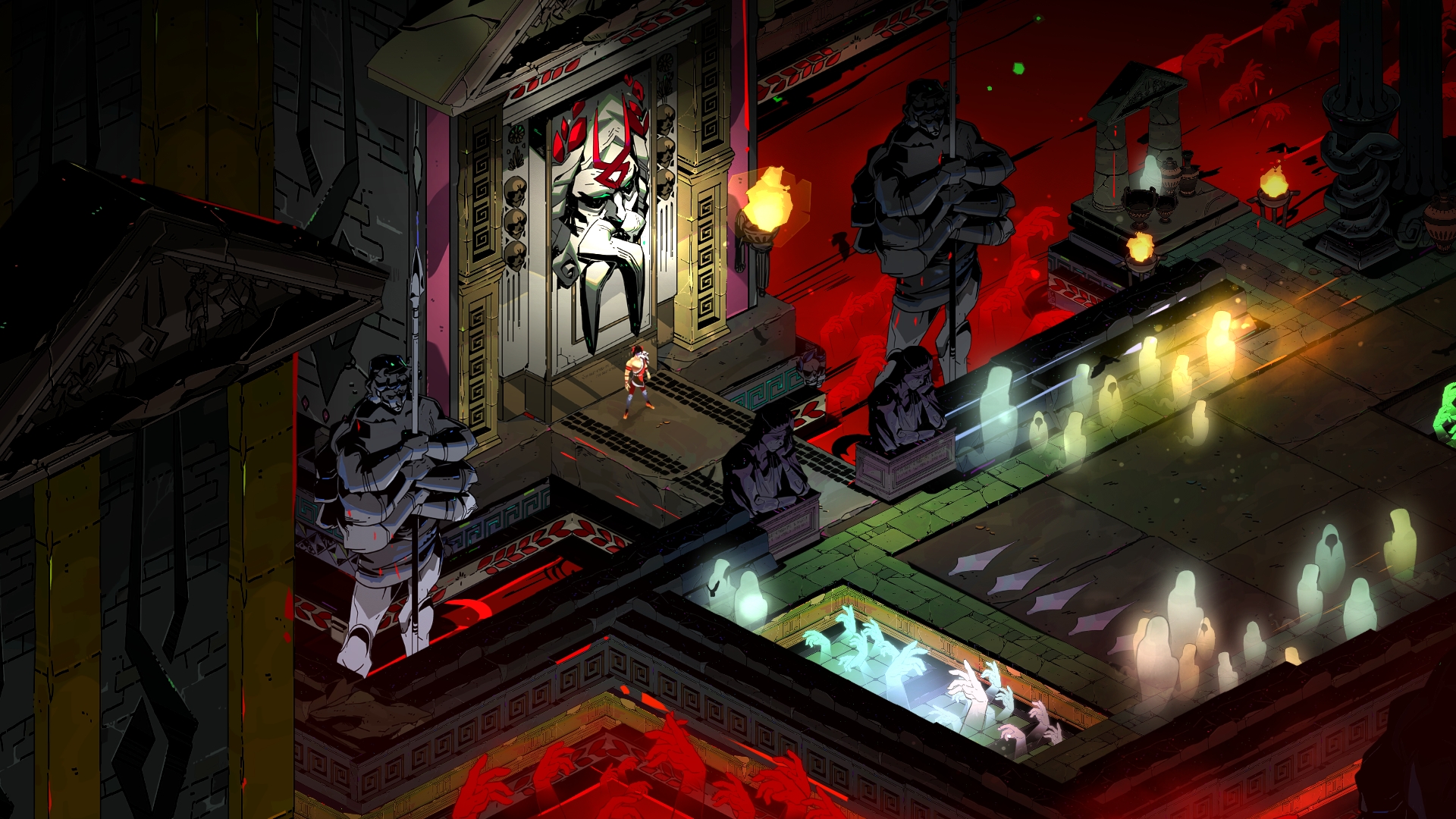 But a bigger, more actual trap for Hades is one that tends to plague similar games and their difficulty. Namely, ramping up the enemy count as a substitute for a challenge increase. True, the whole goal is to spend rewards between deaths beefing up Zagreus’ stats and gear in various ways. Then, gradually over time, the battles get easier and easier. But it does sort of feel like the game may be a bit too eager to throw waves of monsters at you. Only a dozen rooms in and it feels like about eight to ten can suddenly appear all at once, attacking from all directions. Now, as mentioned before, the combat is still insanely fun. But in a roguelike such as this, you’re going to be going through a lot and the last thing you’d want is for things to feel cheap or repetitive as time goes on.

So far, though, Hades seems like another win for Supergiant and a promising start for Epic Games Store to boot. It’s a brutal, challenging roguelike where death is frequent, but one that’s also fair, fun and has a ton of personality. It’s unknown when we can expect a final version, but for Early Access connoisseurs and fans of Supergiant’s previous games, this is easily one to pick up right now.