The idea of playing open-world games in virtual reality is a selling point for VR hardware, with games like Skyrim and Fallout 4 seeing VR versions released. On paper, it seems like a lovely idea, but it becomes difficult in execution. Proper implementation of controls along with visual degradation and eye fatigue all can hamper the experience. Gearbox Software has decided to choose its most popular game, Borderlands 2, and convert it over for use on PlayStation VR. Rather than being a straight-up conversion, Gearbox has integrated new features and makes traversing Pandora a new experience.

Borderlands 2 VR makes excellent use of the Move Controllers. When immediately launching the game, you’ll notice the controllers recreated with the cel-shaded animation from the game. Motion tracking is spot on and well done as the aiming is fluid. The overall button mapping is well thought out as movement and walking are done by holding the left Move button in combination with pointing the controller in a particular direction. The X and O buttons on the right Move controller allow for snap movement either left or right and that can be adjusted. Teleportation has been integrated into this version, but I found myself doing the general movements the most. The teleportation can be used to get out of a bad situation, but the more you adapt to how the game controls, the more comfortable you will become with those situations.

Fatigue and dizziness play a big part in VR games and Gearbox looks to minimize all it can here. There are a lot of different options to incorporate better tunnel vision and and movement transitions. The tunnel vision options tend to take away from the immersiveness of Pandora, but ultimately helps ward away fatigue. The playing screen features a small map and the health and shield bars that the game is accustomed to having. The way your eyes work, however, you can’t really just look at these screen items. Your eyes have to refocus and it’s hard to explain the effort without someone having experienced it. The game also starts your character height out short, but that can be adjusted in the menu. 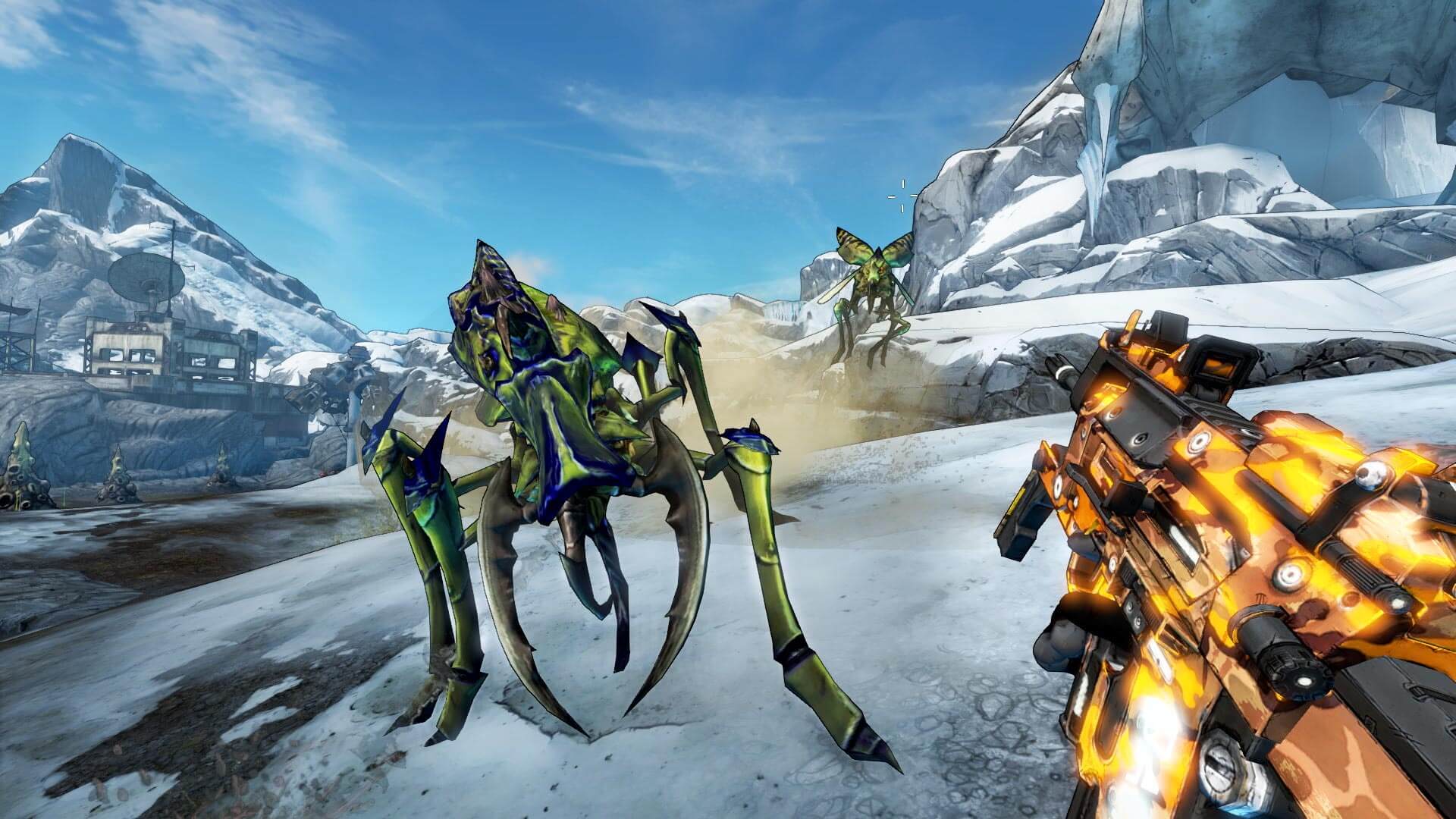 The shooting mechanics may be the most addicting part of playing Borderlands 2 VR. Even looking at the individual guns close up is fantastic. It’s like holding a toy and each gun is extremely detailed. This version includes a slow-down mechanic that allows you to blast opponents while going through a five-second shootout. The visual degradation does exist on Borderlands 2 VR, but it also looks good for a PS VR title on a PS4 Pro. Character models up close look just as good as the normal game and it’s cool to see enemies in your literal face with all the details involved. Outside of large objects, draw distance is an issue. Trying to pinpoint enemies in an environment using a scope can cause pixelation and makes enemies hard to identify. When using a scope, a tiny screen appears that magnifies what you’re looking at, but the frame rate within the scope is awful and enemies are hard to see. 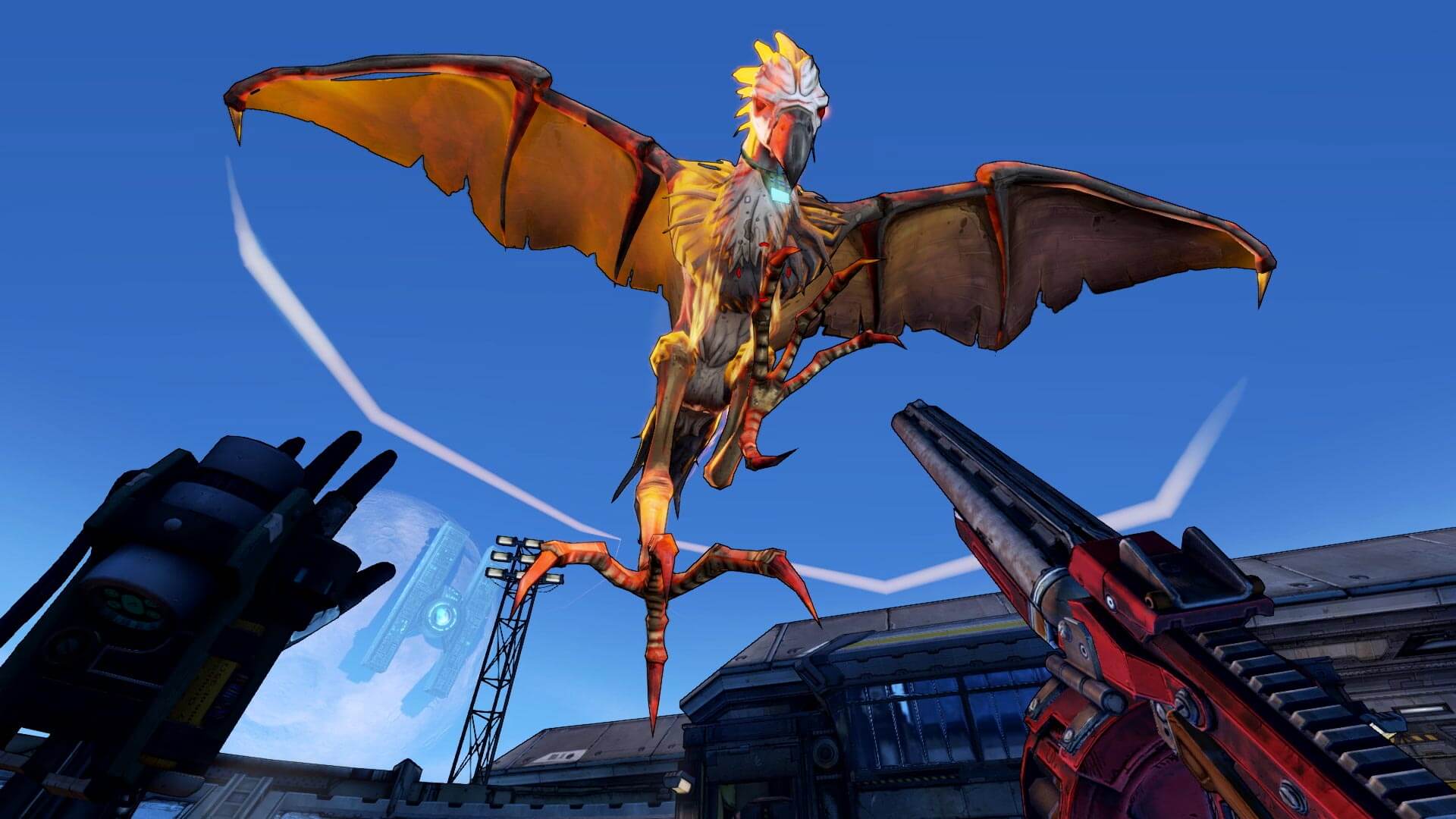 One of the bigger issues I encountered was multiple crashing with my save file becoming corrupt. Hopefully, this is something that isn’t widespread and can be rectified. There were some legacy Shift Codes brought over along with a ton of bonus points to boost the attributes of your character. One crash occurred when trying to quickly allocate these and the other was when getting introduced to vehicles. This is where the save file went corrupt.

This also goes back to showing that this is mainly just a port, but there’s enough emphasis and effort on the VR conversion here that it’s still an enjoyable experience. I keep craving to throw the headset on and return to Pandora in VR just for how well it controls and how impressive the game’s shooting mechanics are. Borderlands 2 VR is easily one of the better PlayStation VR experiences out there, and with the visuals combined with the mechanics, I prefer this over Skyrim VR or Fallout 4 VR.