When Star Wars: Knights of the Old Republic was released, Bioware knew they had a great template that could be used for several different settings. A few years later they released Mass Effect, which was basically a new KOTOR, but the Star Wars license was abandoned in favor of creating their own sci fi universe. In 2009 they applied this template to a medieval fantasy world to create one of the more memorable RPGs for the last console generation, Dragon Age: Origins. There were enough gameplay and stylistic differences to set Dragon Age apart from the previous Bioware titles, but everything that made those games great was present in this adventure.

Other players may have had a different experience with this title, but I almost did not play this gem of the Xbox 360 library. I got this game for Christmas in 2009, so roughly a month and a half after its release, and gave up on the game after barely completing the Joining ritual and becoming a Grey Warden. Typically the game was good for about a twenty or thirty minute play session before it would freeze up on me, which was frustrating beyond words. This was a title I was looking forward to, but things take a couple hours to get going and slogging through the constant crashing took away practically any interest in playing. The game was abandoned for several months and if memory is accurate it was almost a year later before the game saw any use.

Whether it was patches or the fact the launch of Xbox 360 had been switched to a newer model, Dragon Age: Origins ran how it should after giving it that break. Dragon Age: Origins has a Dungeons & Dragons feel to it, which isn’t too surprising considering Bioware’s work on Neverwinter Nights and Baldur’s Gate. The player is able to choose the standard fantasy classes of warrior, rogue or mage and a race between human, elf and dwarf. After selecting the basics the player can choose one of six different origin stories to establish some background information on their character, which the choices of Dalish Elf, Dwarf Commoner, City Elf, Mage, Human Noble or Dwarf Noble. The origin stories take up about an hour or so and don’t effect the main story after their completion, but can play a part in how different NPCs perceive the player. It didn’t drastically effect the game, but it was an interesting way to add some depth and variety to character design. 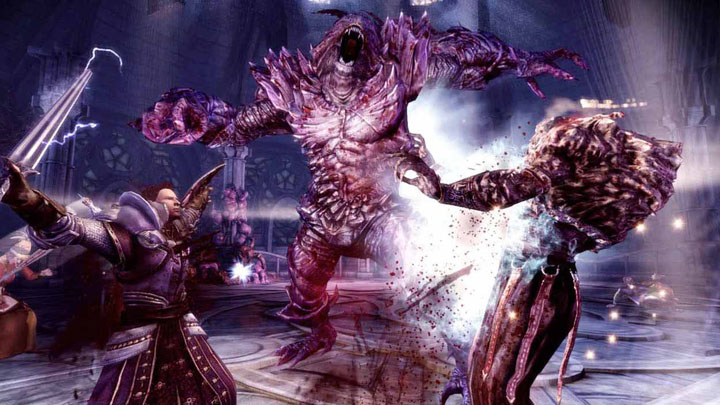 The general plot of Dragon Age: Origins is to prevent the Blight, where Darkspawn will end up taking over Ferelden and wiping out civilization. The Darkspawn are led by the Archdemon, a dragon god whose presence makes this the first true Blight in about 400 years or so and a Grey Warden is needed to defeat the Archdemon. The player’s character was chosen to take part of the Joining, where they drink Darkspawn blood to get the Taint where they sense Darkspawn. This seems like a really bad frat house hazing initiation since you either successfully consume the Darkspawn blood and become a Grey Warden or you reject the blood and die. Chickening out last minute also results in death so you may as well drink it. Becoming a Grey Warden isn’t all sunshine and gummi bears either since there are some mild side effects to having Darkspawn blood flowing through your veins.

During this beginning sequence we start to meet some of the supporting characters, which is an area Dragon Age: Origins shines. Alistair, another Grey Warden, is a knight who is useful in melee combat but kind of a goody two shoes. He seems like some preppy guy in high school who could be popular but is really kind of an awkward dork who masks it with sarcasm, though he does give quite the impassioned speech when he leaves the party if the player makes certain choices. Morrigan is a powerful sorceress, is pretty cynical and rather reluctant to accompany our hero. Shale was available through DLC that was included with early (and the complete edition) copies of the game. She was a golem who had some of the more entertaining dialog in the game and had a scathing hatred of birds, but what statue who came to live after a stationary existence for centuries wouldn’t hate nature’s answer to B-52 fecal matter delivery system? Ohgren was the fantasy archetype dwarven warrior, so imagine Gimli as an alcoholic. Wynne is a powerful healer and Mage of the Circle. Zevran was one of the funnier characters, a promiscuous elven assassin who unsurprisingly had some headhunters coming after him. Sten is a Qunari warrior, which the Qunari seemed like an orc/klingon hybrid. Leliana is a deadly rogue, former member of the Chantry and a skilled musician and entertainer. Lastly thereis the Mabari, a battle hound who has unwavering loyalty to the party. 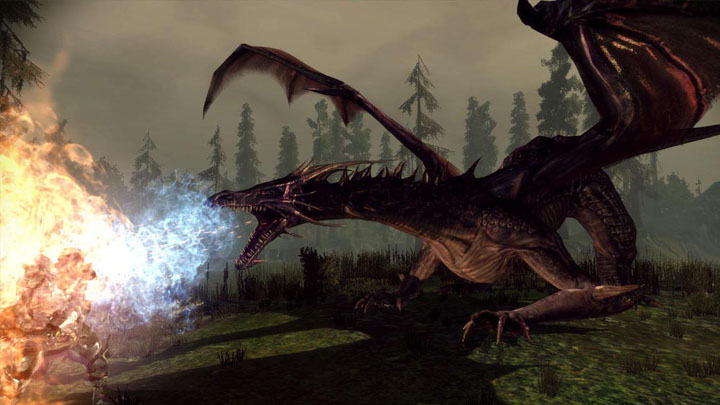 To lighten the mood and make the passage of time more entertaining, the active party members would banter back and forth during gameplay. Most of the dialog was humorous, but certain pairings were better than others. Wynne and Leliana could have some awkward moments due to the tension between the Chantry and the mages. Alistair and Morrigan got along like a cobra and mongoose, and Morrigan seemed to have the upper hand in most of those exchanges. Shale was comedic gold, but everyone always had something entertaining to say to the Mabari hound, and even though the Mabari only communicated through barks, it wasn’t hard to fill in the gaps of the conversation.

Character romance options were plentiful and some required a little more finesse than others. Zevran will sleep with anything and is likely the easiest character to get into bed regardless of player gender. Leliana goes both ways too but she is a little more discerning in accepting a female partner. Morrigan and Alistair are strictly heterosexual. Bedding Zevran was one of the funnier moments of my playthrough with a male character. During a conversation with him he started talking about massage techniques he learned from the Antivan Crows and perhaps maybe he will show me these techniques. My character hooks up with Zevran and that is that. The tryst with Zevran itself was rather forgettable but what made it great was Morrigan. My character had been romancing Morrigan since the beginning and deliberately making decisions based on what would appeal to her and had bedded her a few times. Morrigan found out about my night with Zevran and she flipped out. The cool, dry and cynical Morrigan was in a state of shocked jealousy which was truly great. 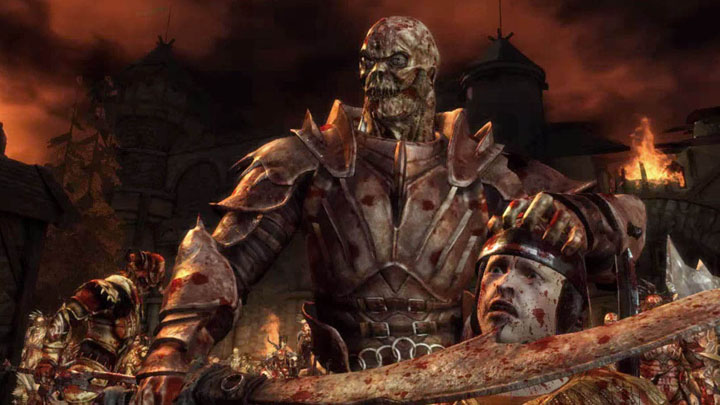 Getting back to the story, the main objective in Dragon Age: Origins is to prevent the Blight and kill the Archdemon. The Warden needs to kill the Archdemon, but in order to do that they need to amass an army, and in order to do this the player needs to travel through Ferelden and recruit allies. Choosing who you side with at the end of each mission will change how other party members view you but they don’t have any real bearing on being able to take down the Archdemon’s army. The Warden has suggested allies they are to recruit but the player can change their mind, choosing that after helping the Dalish Elves fight the Lycanthropes in the forest they decide they want to have the werewolves as their allies.

Dragon Age: Origins is a game that needs to be played twice to get the full experience. It’s best to do one playthrough as a male and another as a female, and during the second playthrough recruit whichever side you didn’t the first time. The main story is the same, complete all the main quest areas so the Landsmeet can occur and defeat the Darkspawn but the journey to that final destination can be vastly different depending on the player choices. Also, there are so many good scenes and the characters are so well developed for the game it’s worth experiencing it every possible way. There are some interesting decisions that can impact the ending beyond just killing the Archdemon, so multiple save files near the end game aren’t a bad idea. 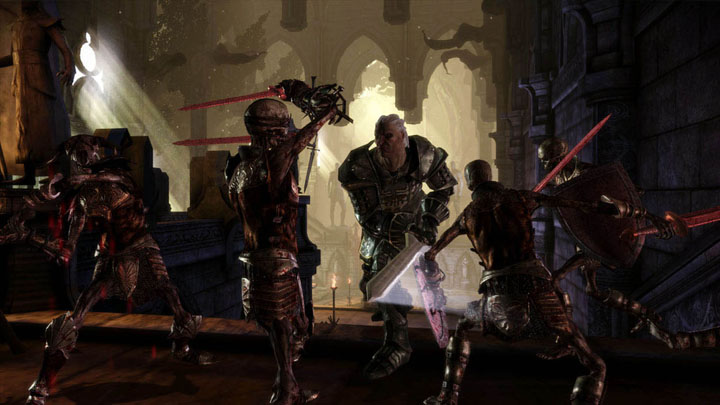 Dragon Age: Origins is one of the best titles from its generation of games and my personal favorite entry in the Dragon Age series. For those that haven’t played it, the Ultimate Edition with all the DLC is the smart way to go, since that version is cheaper than all the DLC on its own and most of the extra content is worthwhile. The Awakening expansion is about an extra dozen or so hours of story content, with the other expansions offering one or two hours of side story material. Dragon Age II unfortunately was not a worthy successor to this title, but they got back on track with Dragon Age: Inquisition. With the disappointment that came with Mass Effect: Andromeda, it’s understandable to be skeptical about the newly-announced Dragon Age title, but regardless of what the future holds for Dragon Age, its Orgins remains an incredible RPG.