Now that our Game of the Year Awards are out of the way, it’s time to take a much-needed rest and…ah, who are we kidding? We might have just said goodbye to the best of 2018, but we’re already excited to check out the best of 2019. As such, we’ve put our heads together to come up with our top ten most anticipated games of 2019. While many of the games on this list have had limited gameplay shown, it’s hard not to be impressed with their unique gameplay and concepts. 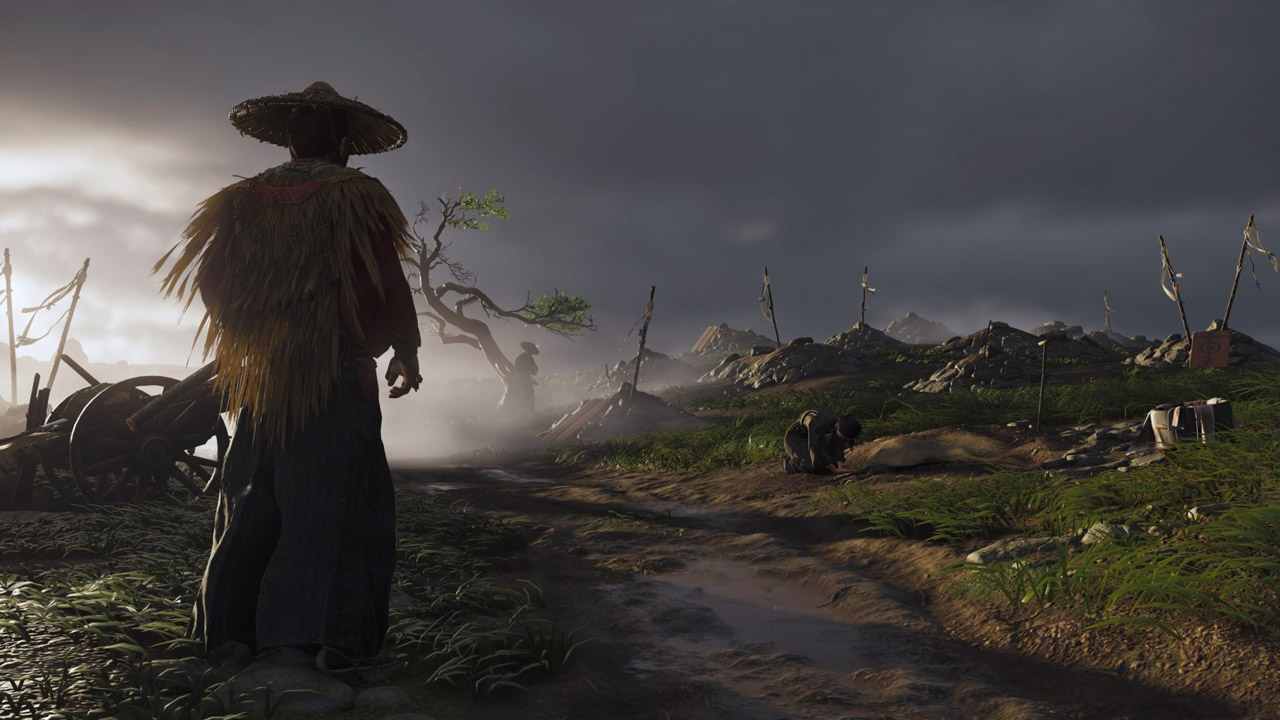 Ghosts of Tsushima received a huge showcase at E3 2018 with a long segment of gameplay revealed for the first time. It showed off a wonderful atmosphere combined with an incredible art style that made it pop among many others with a realistic look. This combined with the combat that looked tight and representative of historical, yet fun, samurai combat makes for a truly unique-looking experience. Players had been wanting to see more since its reveal in 2017 and now everyone is ready for it to come out to really dive in. Whether its exploring the countryside of Japan or protecting the innocent from invaders, the samurai in Ghosts of Tsushima has us wanting to uncover more of this near mystical looking journey shrouded in mystery and intense combat. We can’t wait to see even more from Sucker Punch’s latest title, which is why Ghosts of Tsushima is one of our most anticipated titles for 2019. 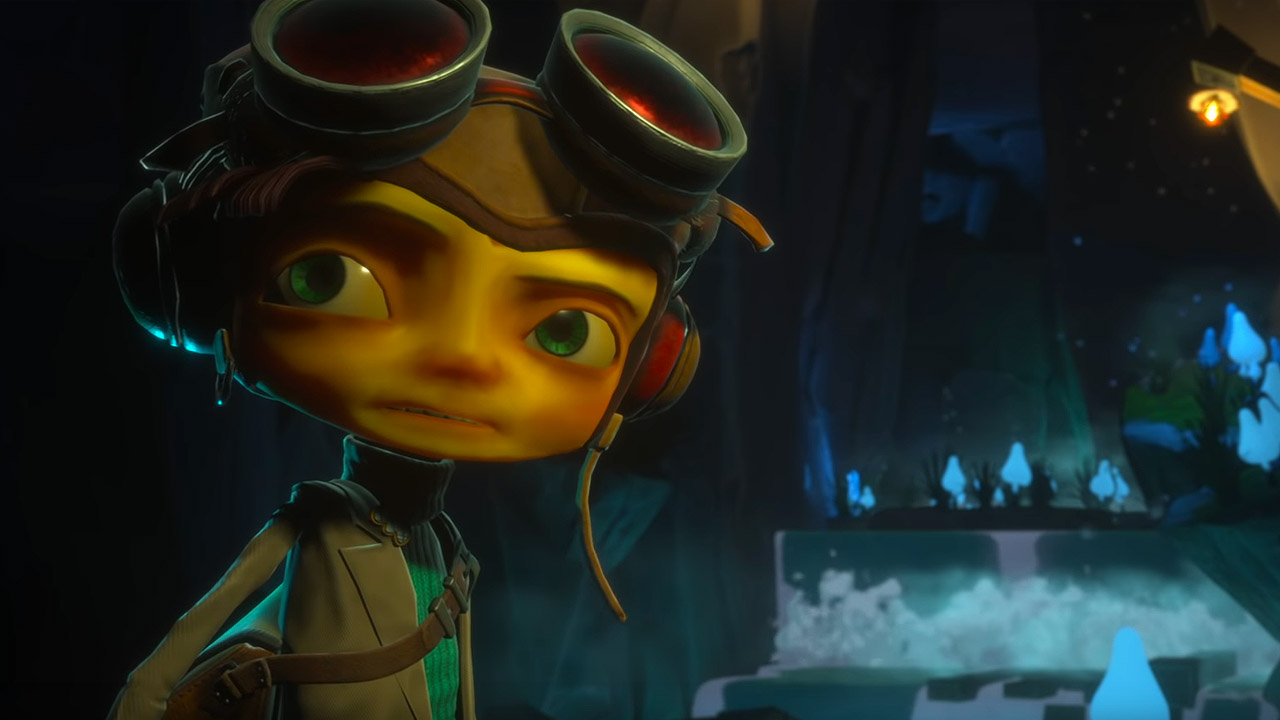 For many, the original Psychonauts is considered to be one of the greatest modern platformers, if not one of the greatest platformers in general. Or just one of the greatest games, period. Ever since its release, a sequel has been in high demand, but even after the crowdfunding campaign was announced a few years ago, and even after it succeeded (and delivered a VR interquel), we still have to ask: could it match the original’s glory? Well, after seeing the first official trailer at The Game Awards, the answer appears to be a resounding “Yes.” So far, Psychonauts 2 seems to be hitting all of the right notes as its predecessor. A cast of colorful characters, an intriguing plot, creative mental realms and level design, slick platforming action and an emphasis on a charming sense of humor. And now we get to see the unique world evolve even further, exploring the organization of the Psychonauts and its mysteries, alongside Rasputin’s family and their history as well. It’s been fourteen years in the making, but at the moment, it seems safe to say that Psychonauts 2 may be worth the wait. 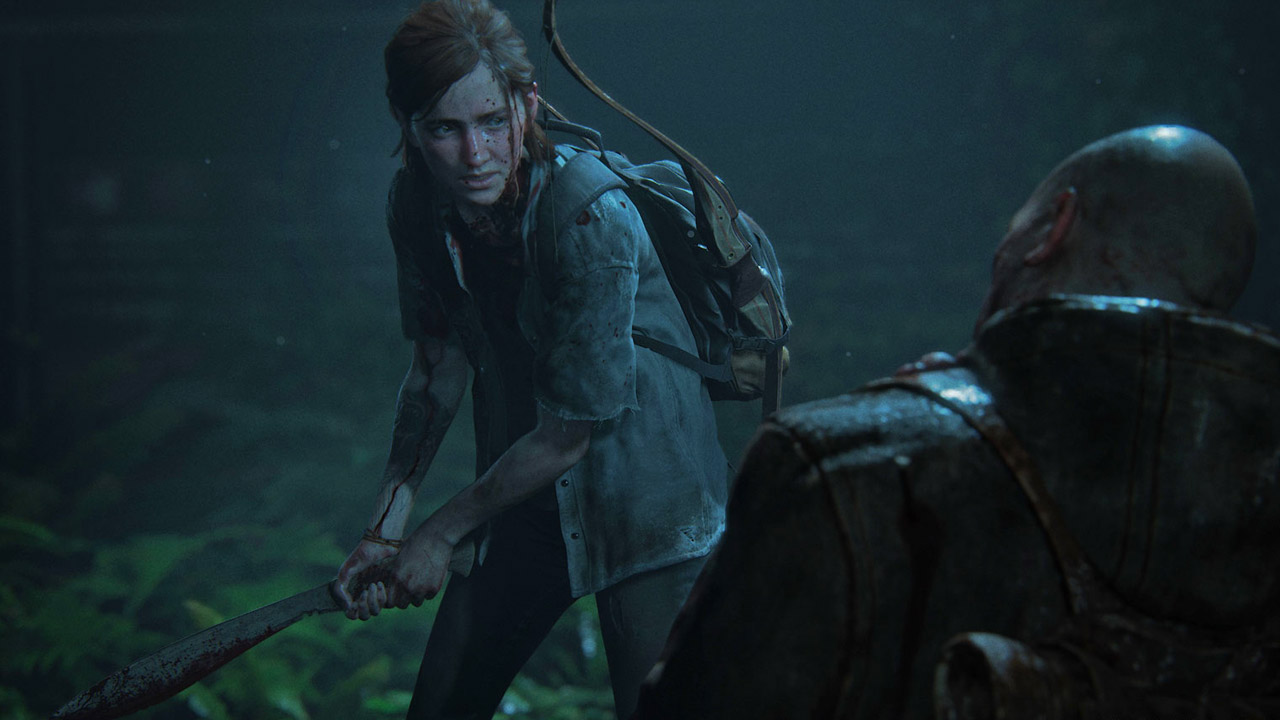 The Last of Us was one of the more memorable games of 2013, blending enjoyable gameplay with some of the best storytelling seen in the video game medium. The story was so perfectly ended it was debatable if it needed a sequel, but watching the trailers for The Last of Us Part II have ended that debate stating this is a necessary sequel. Ellie has done a lot of growing up in the five years since the original and witnessing the warrior she has blossomed into would make even Kratos proud to call her his daughter. The original game was about love and while many details are still under wraps, The Last of Us Part II will focus on hate, which will likely give a different dynamic to the story arc. The Last of Us set a high bar, but based on what’s been shown and Naughty Dog’s track record, we can’t wait to step into Ellie’s shoes. 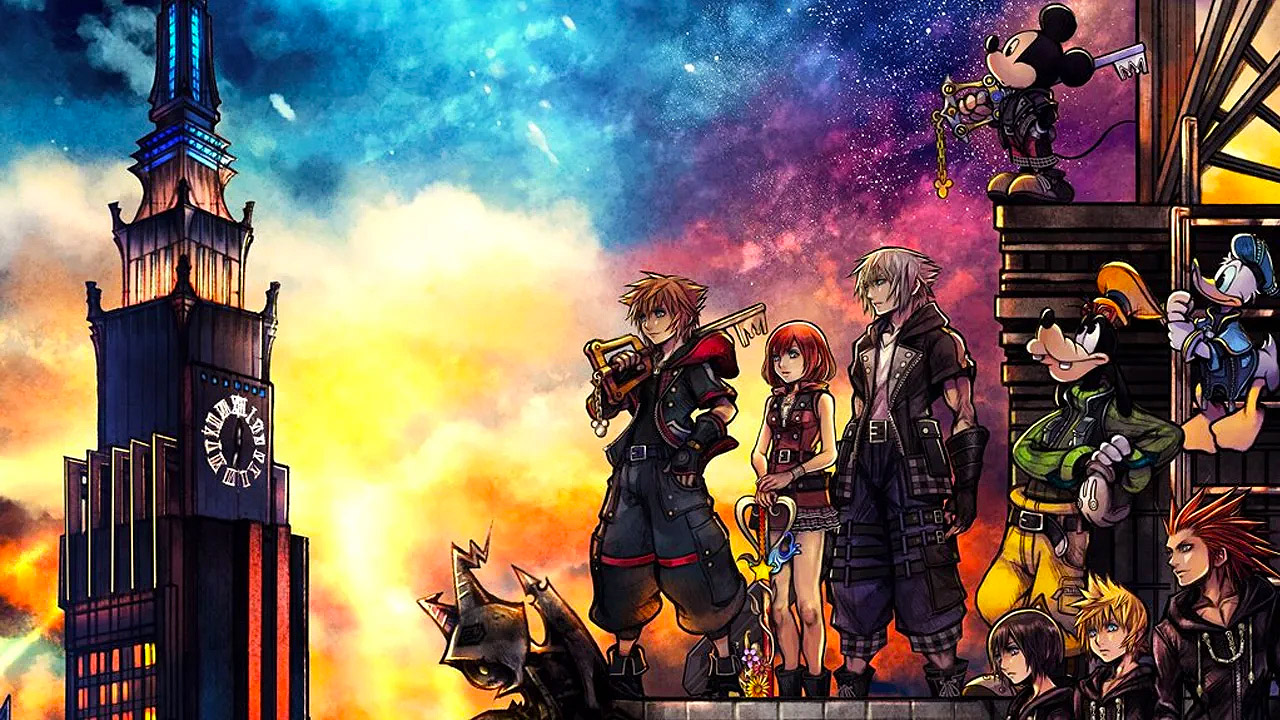 It’s been over a decade since Kingdom Hearts II, eight since Birth By Sleep and six since Dream Drop Distance. After all this time it’s finally happening. Kingdom Hearts III is mere weeks away and we couldn’t be more excited. Building on the foundations of its predecessors, Kingdom Hearts III is poised to deliver a resounding end to the increasingly convoluted Dark Seeker Saga. Sora and friends finally face off against Master Xehanort and his thirteen darknesses. Players will travel across new and familiar Disney worlds as they seek to thwart Xehanort’s wicked schemes to unleash Kingdom Hearts. The board is set, the pieces are moving and the finale is at hand. Will light prevail? Will darkness consume all? Will we finally find out what’s in that box everyone’s talking out? We can’t wait to see how it all ends, and thankfully, we won’t have to wait that long at all. 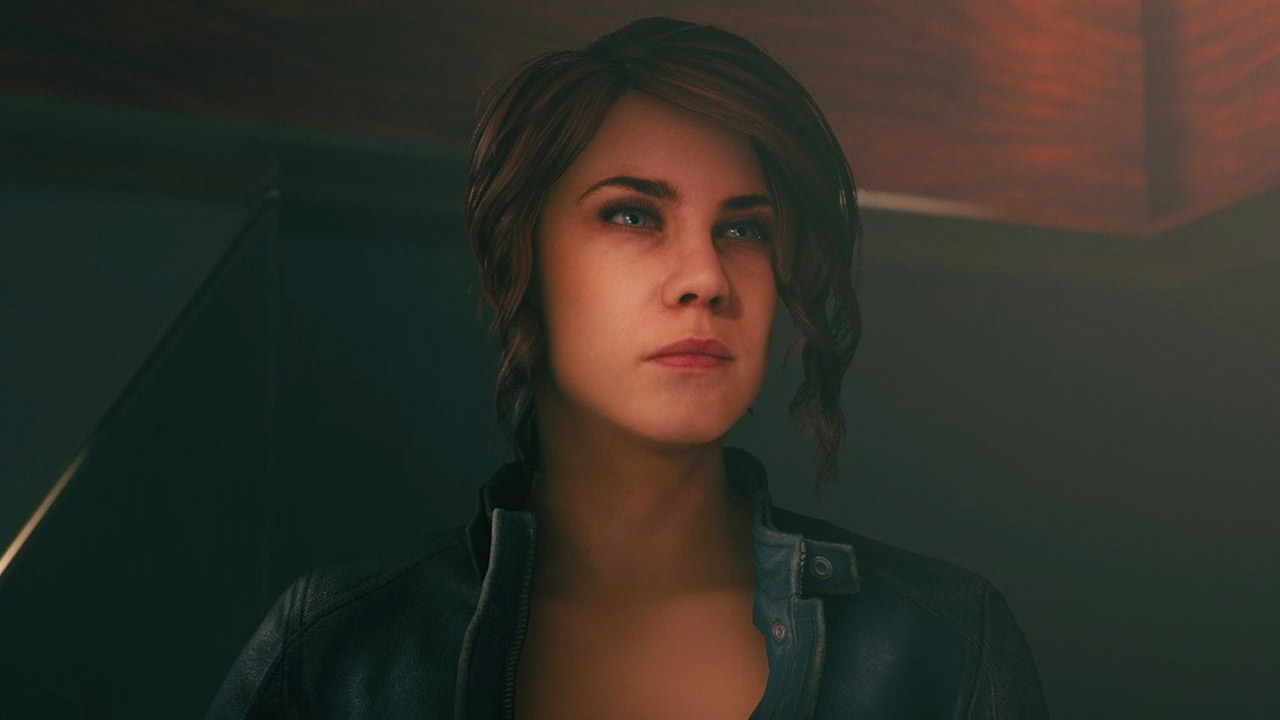 Remedy Games has often been a studio that is content with staying out of the spotlight until the release of their next big title and 2019 is looking to offer another reason to be thankful for the Finnish developer. From the cult classics of Max Payne and Alan Wake, to the oft-underappreciated Quantum Break, Remedy has fine-tuned the third-person shooter genre down to a science, while coupling the fast-paced combat with a handful of unique abilities that coincide with the grounded yet otherworldly plot. Their upcoming release Control is looking to be no exception, as protagonist Jesse Faden infiltrates a location simply known as the Oldest House, where the mysterious Federal Bureau of Control is researching supernatural phenomena with unclear intentions. Armed with a transformable pistol and unexplained powers including levitation and telekinesis, Jesse must now dive deeper into the ever-changing building in an adventure that will surely feature unforgettable twists and turns when it releases next year. 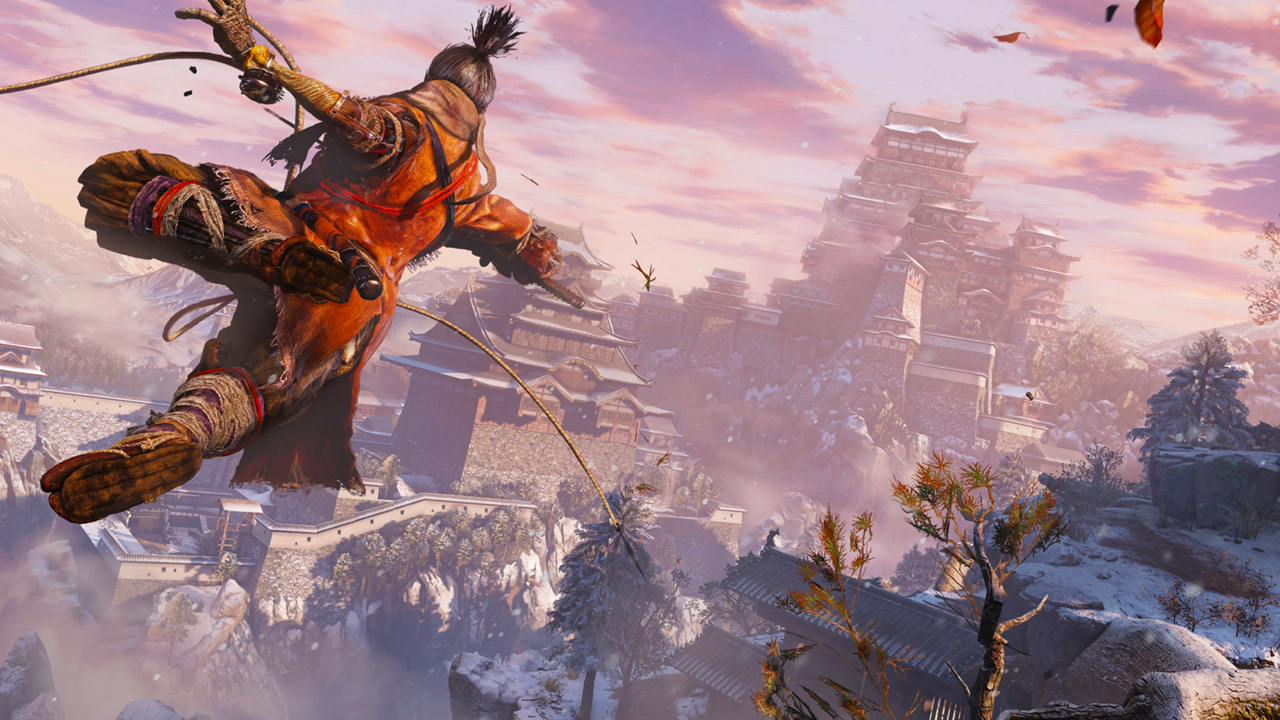 Back in 2016, FromSoftware caused both great joy and sadness as they wrapped up their Dark Souls franchise with the third installment. It was a bittersweet moment as fans played through the grueling crucible of death knowing that we wouldn’t see anything from them in a while. Now the time has come for us to take up arms again in FromSoftware’s newest upcoming IP, Sekiro: Shadows Die Twice. We play as a disgraced warrior who must rescue his young lord from capture to restore order and his honor. Promising much of that same Souls-borne aesthetic set in 1500s Sengoku Japan, Sekiro hopes to bring more detailed story and a single-player experience to both new and veteran players. Developers have stated that it will not play exactly like a Souls-borne game and have added new options for traversal and combat in more of an open world than we’ve seen before. And while some fans have lamented that this is not Bloodborne 2, we should be excited for this fresh idea that promises growth and evolution from genre-defining developers. Those of us who willingly throw ourselves at the mercy of such hardcore technical gameplay do so for the challenge anyway, so why return to the familiar? One thing is certain, we will die and we will go back for more 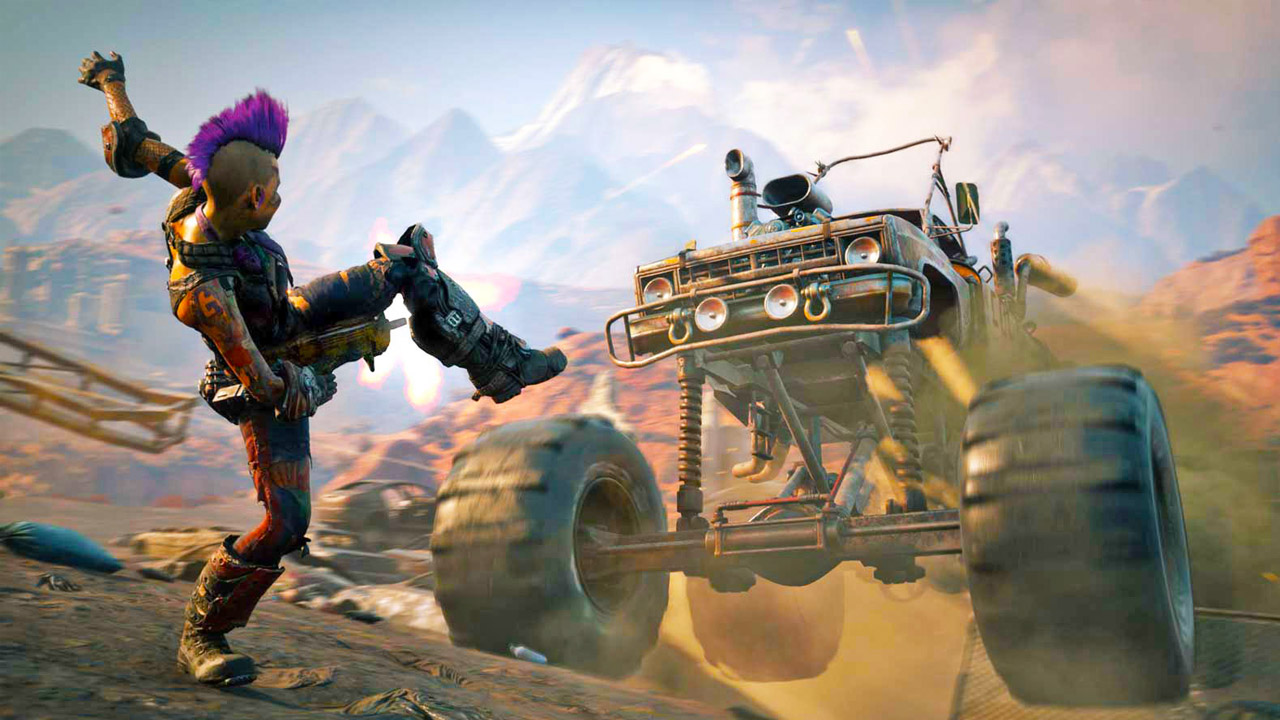 2011’s Rage was not exactly a standout title for the first-person shooter genre. Despite id Software’s legacy with the genre, the post-apocalyptic title featured strong shooting mechanics and impressive graphics, but underwhelmed with its incomplete story and technical issues. Since that time, id has revitalized the Doom franchise with its well-received 2016 reboot, and in addition to creating a follow-up, has brought Just Cause and Mad Max developer Avalanche Studios on-board to create one of the most promising partnerships in recent gaming history. With a host of new abilities to add variety to id’s top-class FPS design, and the expansion of the open-world traversal and vehicular combat thanks to Avalanche’s penchant for limitless chaos, Rage 2 is looking to bring some color and levity to the post-apocalypse at a time in the genre’s life where it desperately needs it. Featuring a heavy-rock soundtrack, varied open world and an arsenal of unique weaponry, id and Avalanche are eager to prove that the world could always use a little more Rage when its sequel releases on May 14. 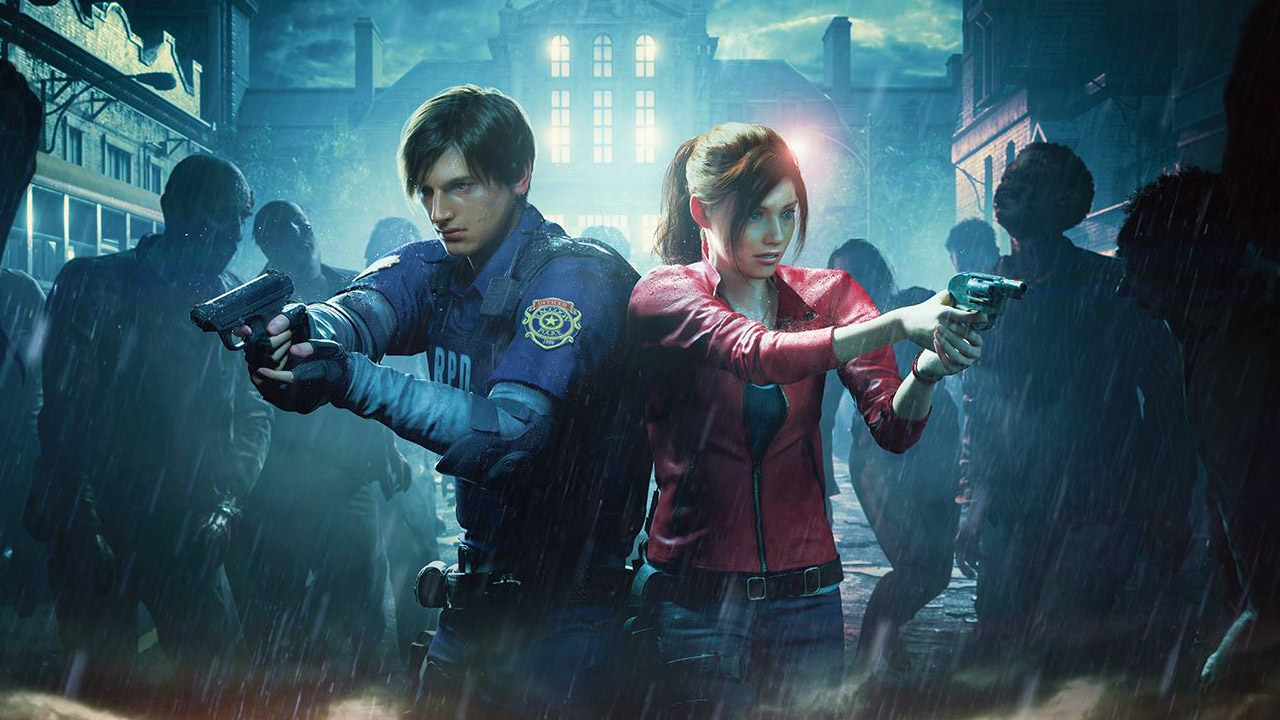 It has been a long road for the remake of one of the most-beloved horror games. After the first remake was a huge success on the Nintendo Gamecube, everyone pleaded with Capcom to continue their efforts with the game that truly put the franchise on the map for the first time: Resident Evil 2. It took them over a decade to approve a full-on remake, and while our anticipation for the game remained high for the last three years, our expectations are only continuously growing the more and more footage comes out. It was only six months ago that the publisher showed the game off for the first time, and with it coming out in less than a month, our excitement for Resident Evil 2 is boiling over. It was originally thought this would be a Resident Evil Remake situation where they’d keep the camera angles and tank controls, but Capcom had different plans. They are rebuilding the game from the ground up, taking the story and modifying it to create an even more immersive horror experience. Soon there will be nothing stopping us from jumping back into the shoes of both Leon S. Kennedy and Claire Redfield, and we can’t wait. 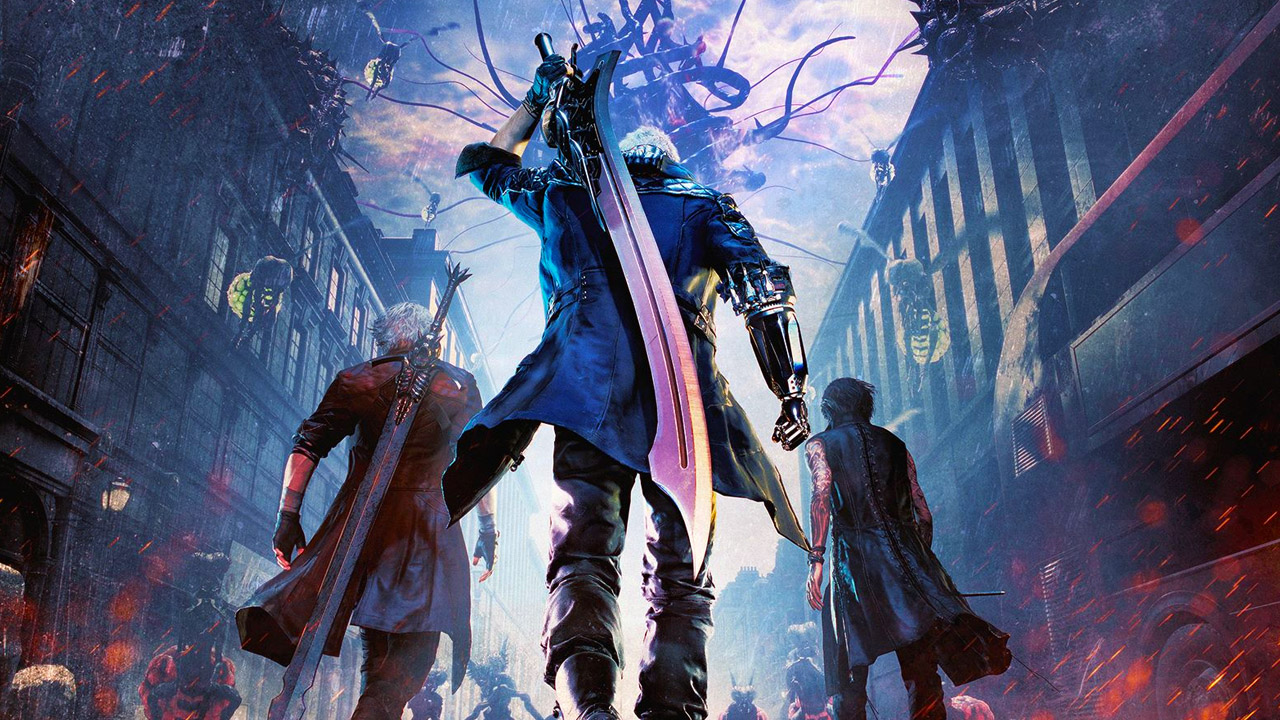 The Devil May Cry series has seen a lot of ups and downs. It started off with a bang on the PS2 before quickly faltering with its sequel. The third and fourth entries did a lot to right the ship, but a reboot in 2013 left many scratching their heads and wanting a new entry in the mainline series. The 2018 E3 presentation showed that Capcom was bringing the series back in a big way. Nero returns from the fourth installment as the seemingly main playable character and showed off the same skills for guns and swordplay as before — but on a grander scale. An almost God of War-level of boss size has been reached, and the year closed out with an Xbox One-exclusive demo to whet the appetites of players. There, it become clear that Capcom has set out to make this the best-playing entry to date. Combat is smoother than before and more visceral. The sense of impact when a gunshot lands perfectly is punctuated by a satisfying jostle of your controller, while sword slashes remain the most damaging and risky way to take enemies out. You still have to carefully balance your weapon usage to ensure that you not only avoid damage by using both at the right times, but also keep your combo chains alive. The fifth entry is on track to be the best and most action-oriented entry yet. 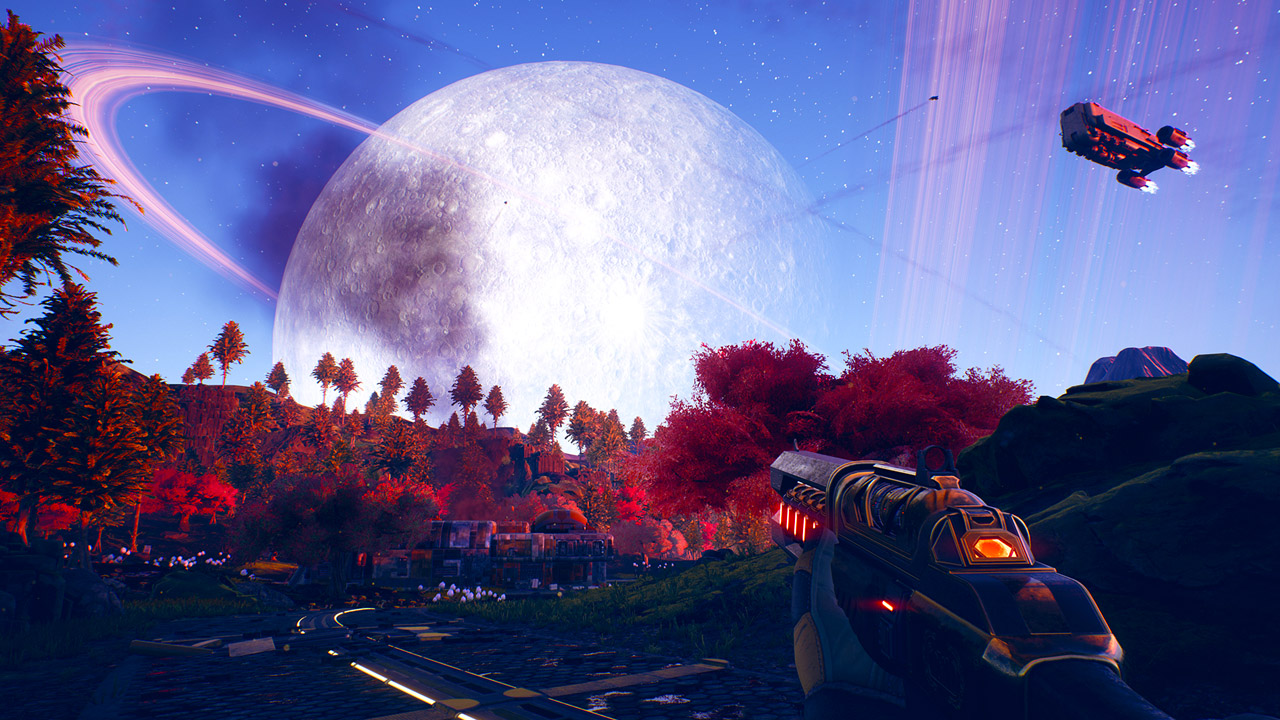 Obsidian Entertainment has a long-standing history of excellent games with its two main accomplishments being Fallout: New Vegas and the Pillars of Eternity series. Microsoft acquired the studio but not before The Outer Worlds was in development. This new game was announced during The Game Awards and is clearly the action RPG that caught everyone’s attention. The Outer Worlds looks to be the true Fallout everyone has looked forward to since New Vegas. It’s set in a future where mega corporations have begun taking over alien planets. Player’s ships will be the central hub of operations as you will use the ship to fast travel to different locations. Players can use melee attacks or weapons that consists of light, medium or heavy ammo. Stealth and social skills can also be used to avoid combat altogether.

Despite the expected gameplay of the game, what caught everyone’s eyes were the visuals. The use of vibrant worlds seems new to a game that feels like a Fallout title. It’s almost as if they meshed the visual style of No Man’s Sky with a Fallout game. With the lackluster reception of Fallout 76 and the fact that Fallout 4 ended up being somewhat underwhelming, The Outer Worlds looks to give fans something that may seem familiar but ultimately will be unique.