Twisted Metal invented the car combat genre and created a killer app for the PS1 in the process. Before the launch of Sony’s debut console, Twisted Metal was the game that had me sold on it the most. Sure, Wipeout was promising, but Twisted Metal combined not only my love of cars, but also pure mayhem. It was something that couldn’t be done on prior gaming hardware and made the PS1 into a justifiable purchase. As great as it was, the second entry was even better. The team behind the series found themselves at a crossroads after the second installment, though. Sony owned the rights to the Twisted Metal franchise, but not the game engine, and the devs had a parting of the ways with the then-new console maker. Sony went with 989 Studios to make Twisted Metal III officially, while Singletrac created Rogue Trip Vacation 2012 and did their own thing.

While the Twisted Metal series focused purely on combat, Rogue Trip changed the format up a bit for the core campaign mode. Rogue Trip features a post-apocalyptic world taken over by a corporate overlord named Big Daddy — a monstrous blob of a man with a bit of a God complex. Much of the country has been revamped in his image and with money being scarce, it has opened the doors to a whole new industry. Very few people are able to go on vacations — and they want to maximize their fun, so they will pay auto mercenaries to take them to dangerous but beautiful sights. They want to be able to take photos as keepsakes and will pay you will for it — allowing the player to have a risk/reward factor to think about. 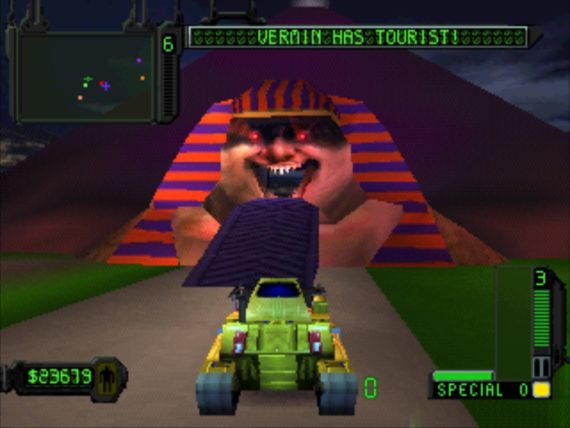 You generally have to stop the action in order to get your photo ops taken care of, but you get paid handsomely for that. Now you can just avoid doing that and you are okay, but you will get a much lower score. It’s a score-based game beyond just trying to get to the end and beat Big Daddy, but the biggest key is to enjoy the journey and feel the reward of the destination. Each of the tourists is a bit different and some are more patient than others. The goofball superhero is generally a bit patient, while the cranky old lady doesn’t want to wait and has no patience for your to get into position — or take much damage while trying to get into position.

Anyone familiar with the early Twisted Metal games will get used to how Rogue Trip plays right away. The game uses the d-pad to move you around and you have a similar set of weapons — although they are a bit different too. Generally, there’s a bit more of a homing element here than in those, which does make things a bit easier. The game’s pace is a little slower too, with that allowing the photo ops to be more doable although at the expense of reducing the formerly break-neck speed the TM games were known for at the time. 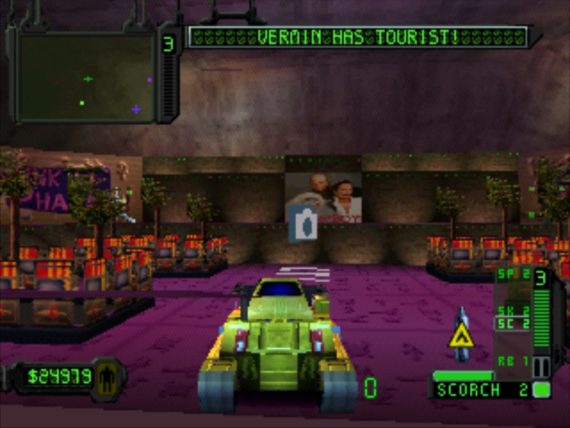 Rogue Trip retains a sense of a destruction that made Twisted Metal 2 so much fun and uses a similar stage setup. You start off with a big open area that gives things like extra power-ups to find. There are some neat environmental areas in Area 51, like a hangar with a map of an area, aliens in tubes and a portal to the moon. The stages are more varied visually here than in any TM game before or after — with the casino-themed area shining brightly as well.

Rogue Trip’s cast of characters is inferior when it comes to originality compared to Twisted Metal — and that does hurt the game a bit and is one factor to it never quite catching on. The playable cast is generally a series of parodies that works on one level, but the lack of a backstory hurts. You’ve got an Elvis impersonator, a wannabe Batman character and a farmer’s daughter type. There’s no depth to them and that is amplified when you finish the game and get an ending that is 99% the same for everyone — furthering the feeling that the characters have nothing to them. They’re all just fighting for money and you do get a password for unlockables, but that’s about it. The Meat Wagon vehicle was also featured in the latest Twisted Metal game from the same developers — offering up the last time anything involving the game was seen officially. 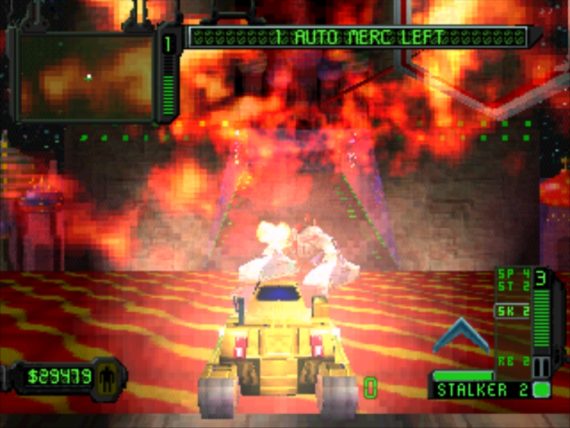 Visually, Rogue Trip has impressive reflection effects for the time. You don’t get to see much of them in the heat of battle, but during the character select screen, you can see just how much effort went into them. The early TM games were never known for being gorgeous and that trend continues here — but it does retain a solid art style overall and it’s clear that the extra time with the system allowed for smoother things like water physics and a massive increase in car detail too. The environments also have less texture warping and are generally more pleasing to the eye.

The soundtrack was one of the earliest instances of a lot of licensed music being used instead of original compositions and it’s a point of contention compared to the original TM games. Those featured original compositions and some could be rather haunting. This game features a bit of original music, but none of it stands out. The licensed tracks vary from rock to a lot of ska — with the Mighty Mighty Bosstones being a standout here that strangely do fit into the goofy nature well. The sound effect work is solid, but the voice work is minimal and doesn’t work well beyond the silly game show-style intro to the game’s concept. 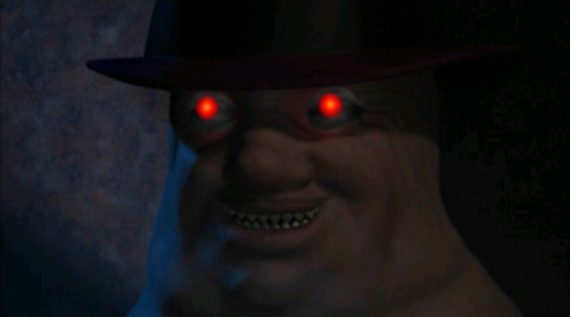 While it isn’t perfect, Rogue Trip Vacation 2012 is still a fantastic car combat game — especially for anyone who loved the earliest Twisted Metal games. The feel of the core gameplay is the same, only more refined and the concept has been changed up nicely. It hasn’t been made available for sale since its original release, which does sadly mean there isn’t an easy means to just download and enjoy it on something like a Vita or PS3. A physical copy of the original, however, shouldn’t set you back more than $10-$15 and it’s well-worth that. It also plays perfect on a PS3 system and that also allows you to throw some texture smoothing on the experience and make it more pleasing to the eye.