There are plenty of games to get excited for every year. Some offer new takes on existing ideas; some promise to breathe new life into old favorites and some offer something never seen before in gaming. Every once in a while, though, a game appears that has the unmistakable air of being something truly special: a paradigm shift in the way certain games are made. Super Mario 64 redefined platformers for three-dimensions, Halo: Combat Evolved forever altered the FPS genre and now Cyberpunk 2077 is poised to do something similar for western RPGs. Like other landmark games, it’s not offering something completely new and different, but rather taking what’s already there and combining it in a way that’s never really been considered before. That’s what will make the difference.

Over the course of Cyberpunk 2077’s E3 demo, a great many features were shown and described as part of the game. Most of these aren’t new and have been seen in several other games across a few genres, but that’s the thing: combining so many of them like this hasn’t really been done before. Going by its combat features alone, CD Projekt Red could have easily just made Cyberpunk 2077 into a futuristic shooter and left it at that. Most gamers out there probably would have been perfectly okay with that, as its action-oriented gameplay looks like a blast to play.

Cyberpunk 2077’s gunplay and weapon features look incredible just by themselves. As seen in the demo, players have all manner of exotic weapons and futuristic abilities to call upon in combat. Shotguns that can fire through cover, target-tracking bullets, ricochet sights and slo-mo dodges are all on full display already, and we can bet that these are only a taste of the full scope of options that will eventually be available to players. The encounters shown appeared to encourage tactical thinking too. All of this put together would make for a great FPS, but that’s not what Cyberpunk 2077 is. This game is an RPG first and foremost; the shooter elements are just there to serve the action needs. Think about that for a second: there’s a fully-fledged FPS in there and it only serves as a piece of the larger game. It’s a major piece to be sure, but a piece nonetheless. It might be a bit excessive, but one can’t make an RPG with a heavy emphasis on player choice without giving them lots of combat options. 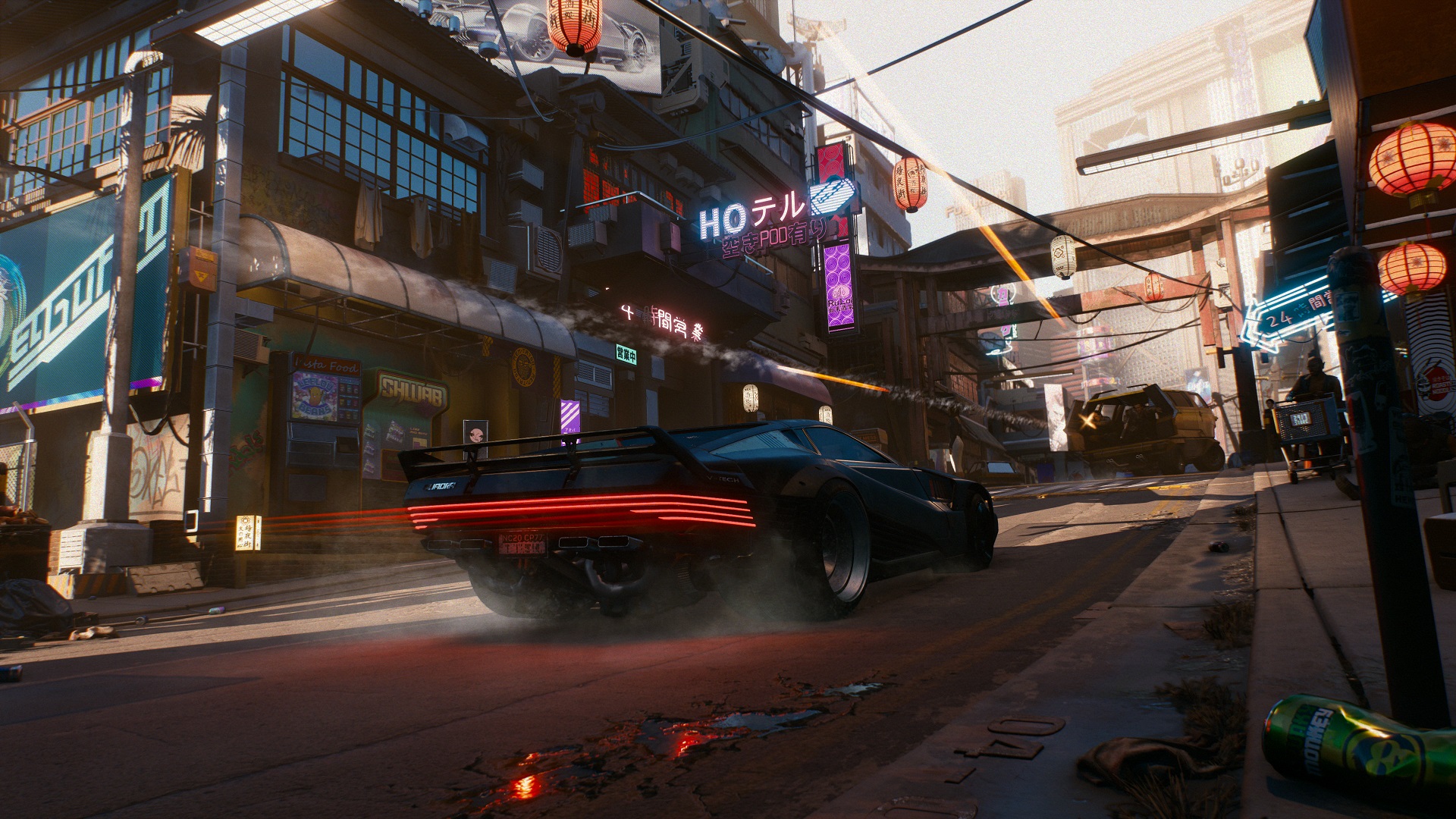 Role-playing games are traditionally about letting players insert themselves into a world and confront it in whatever way they see fit. The epitome of this is still seen in table-top games like Dungeons and Dragons, where players can do whatever they want so long as their skills and dice roles allow for it. This level of depth is obviously difficult to replicate in a video game, as every choice and outcome must be accounted for and rendered in-game. As such, restrictions usually need to be put in place in order to keep development manageable for game makers. Such has been the case with RPGs since the beginning, and the same is true with Cyberpunk 2077, only there are apparently far fewer restrictions than one would expect from a game at this high level of visual fidelity. If anything, it appears to be the opposite.

The importance of player choice was stressed repeatedly over the course of the demo, with the narrator repeating over and over how most decisions are going to carry some kind of consequence. This was implied with the character creation screen and the level of detail it went into, and it was reinforced over and over again as time went on. Getting an implant resulted in physical alteration to the player character; getting a new eye meant new visual abilities; defeating a gang led to a surprise attack from their friends; choosing to follow a lead led to new options for a mission and so on. Again this is an extremely detailed game and yet there are still all manner of options and paths available for players to follow. The ambition on display here is staggering, even more so when little details like targeted in-universe ads and combat options are taken into account. As they stated in the demo, they’re trying to create a fully-realized world and the systems on display indicate that they mean it.

If CD Projekt Red is able to fully pull off the game described here, they’ll have managed to push the RPG envelope further than anyone thought possible. Cyberpunk 2077 is set to be a fully-featured RPG with more depth to its choices and consequences than anything else short of a classic text adventure and that’s just part of it. There’s also a competent shooter in here supported by upgradable weapons, exotic abilities, a unique hacking system and formidable enemies. It all takes place in what looks like an open and living world filled with side-content to explore and rendered at an impeccable level of detail. 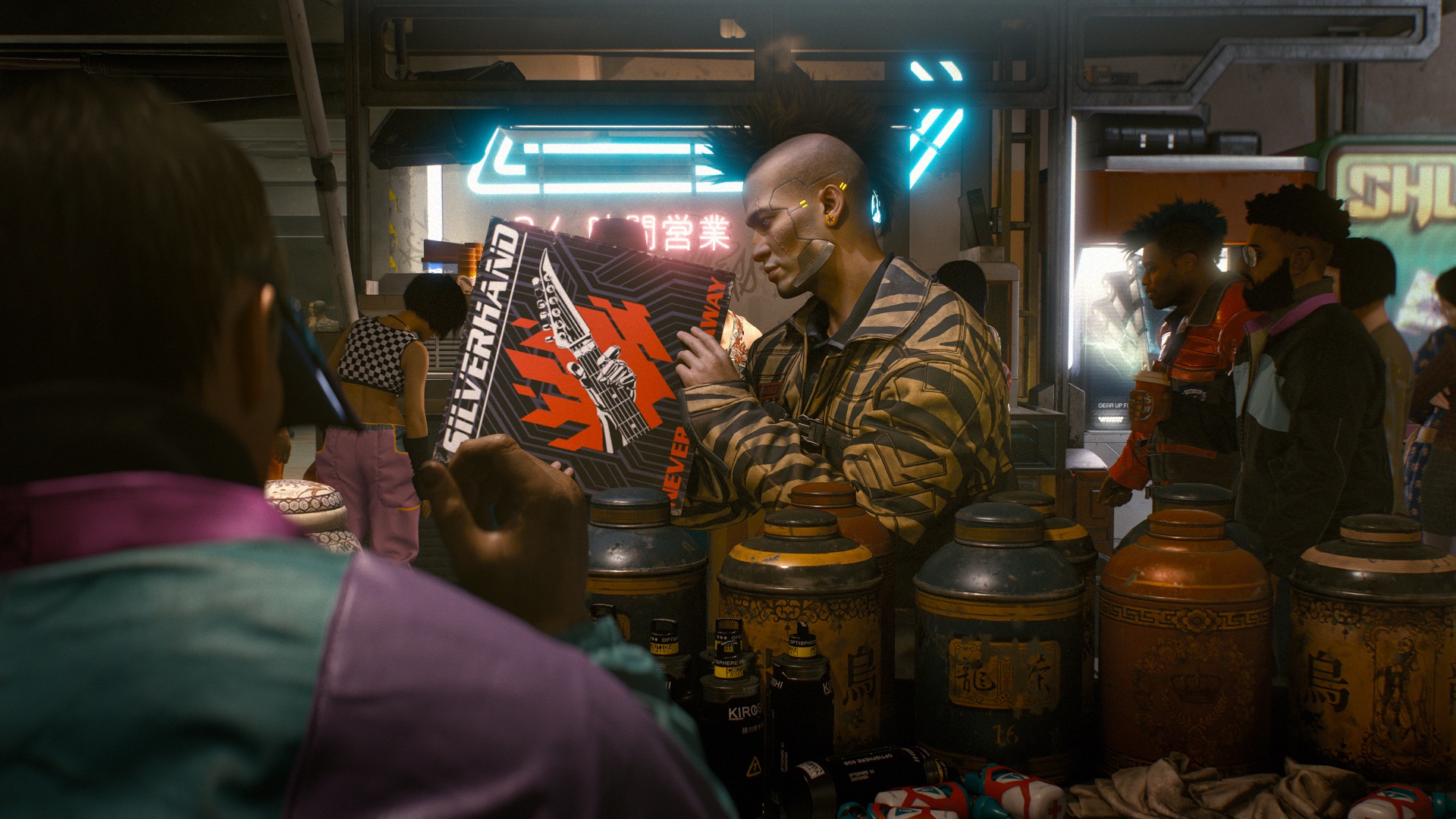 There’s no guarantee that CD Projekt Red will be able to do it of course, but they at least have all the necessary pieces. If this game releases and succeeds, it’s likely to change the RPG landscape. Not every game that follows would try to do emulate Cyberpunk 2077 on every point, of course. It would be too massive an undertaking for most studios. Perhaps other RPG makers, however, won’t be as reluctant to build more depth into their games or be more willing to fully combine genres into more complex and interesting games. CD Projekt Red is fully combining open-world RPGs and FPS games, so why not try other ambitious combos? Most importantly, CD Projekt Red will have proved that we can have fully-realized RPGs in the modern gaming landscape. It’s just a matter of going out and doing it.