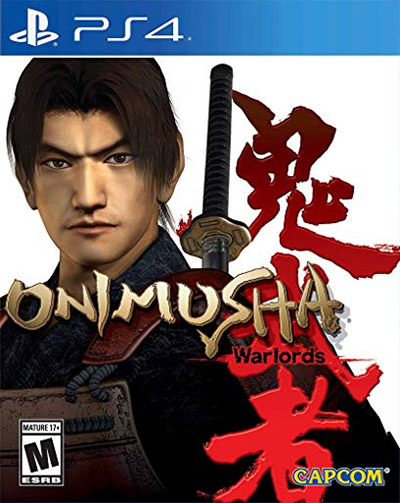 The PlayStation 2 generation gave us some of the most exciting gaming franchises, at least overlooking Nintendo’s lengthy history. God of War, Devil May Cry, Kingdom Hearts, Dark Cloud and many more, it truly was a revolutionary age for the medium. One somewhat forgotten gem among Capcom’s vast catalogue is Onimusha. This is a series that has spawned four major releases (plus two spin-offs), but quietly disappeared after Dawn of Dreams hit in 2006. That’s thirteen years without our favorite Japanese character action title. Well Capcom might be testing the waters with their remaster of the first game, Warlords, that launched early in the PlayStation 2’s life cycle. After such a long dry spell, we’re able to jump back into the shoes of Samanosuke Akechi and play through what kicked off this demon-slaying adventure. Granted, because this is the first in the franchise, the mechanics will feel basic, but you can see the influence and potential it pushed forward into later entries.

As mentioned, you play as Samanosuke Akechi, a fictional character who is the nephew of the real historical figure, Akechi Mitsuhide. Onimusha: Warlords takes place during the Sengoku period of Japan where Oda Nobunaga is reigning over most of Japan. It would seem the feudal lord’s demise was short-lived, as in this tale, the vicious warlord has made a pact with demons to obtain immense power. Surprisingly, Nobunaga is not in this story all that much. He’s mentioned and makes an appearance near the end, but it’s all about Samanosuke and his coming to aid a distressed Princess Yuki in her castle. For an early PS2 character action game such as this, there’s not a whole lot of story here. You come to the castle to find it’s overrun with demons and monsters, you meet some strange figures, most of whom disappear into the background and only really appear in the sequels, and you run through devastated corridors putting your samurai skills to the test against these ghastly beings. There’s not much to it except there’s a princess that need saving. With that said, it’s very apparent this takes influence from Resident Evil, as the setting is confined within a large mansion, and there’s even a laboratory in the basement, although this is a more demonic one. 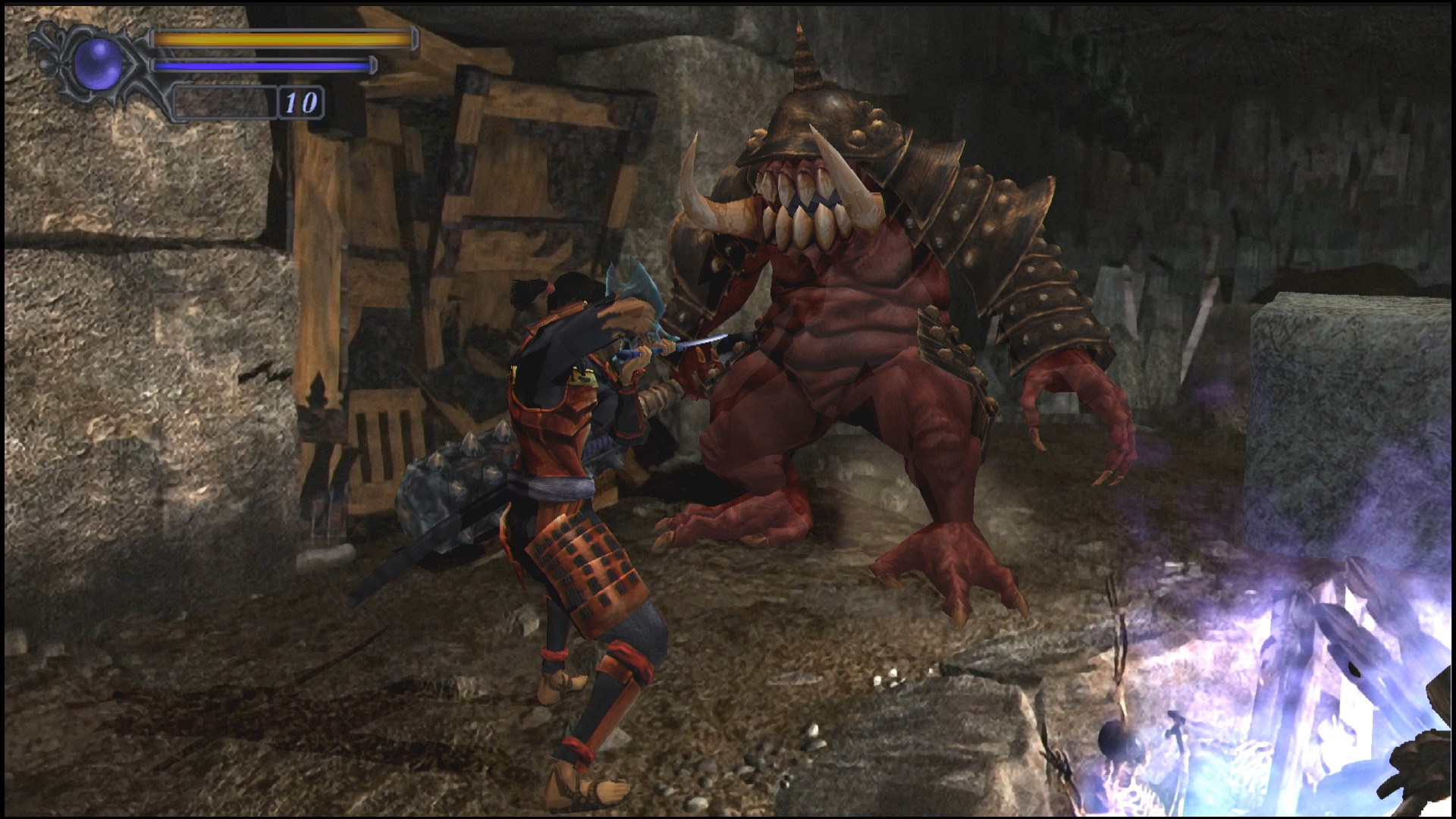 If there’s one aspect I both miss and don’t miss, it’s the tank controls of the ‘90s and early 2000s. Onimusha was very much Capcom’s attempt at a more action-oriented Resident Evil, right down to the controls and fixed camera angles. The only difference is, instead of shooting zombies from afar, you’ll be dashing in and out of combat with a blade. Since tank controls aren’t really looked highly upon anymore (if they ever were), Capcom has implemented a more modern control scheme, being able to fully control Samanosuke based on the camera instead of the character’s perspective. Because of this, you’ll run into similar problems found in something like Devil May Cry where you’ll enter a new camera and sometimes immediately be turned around. I make this sound like a negative aspect, but it makes Onimusha: Warlords far more playable, especially for newer players who might have trouble with the older control scheme.

Unfortunately, one aspect this new control scheme has affected is the game’s length. Mind you, Onimusha: Warlords was never all that long to begin with, taking around six hours thanks to tank controls which added a level of difficulty, but this remaster is significantly shorter than even that. We were able to complete the main campaign in a little over 160 minutes. That’s finishing the main story, getting the vast majority of collectibles spread throughout the maps and participating in at least 75% of the Dark Realm. Even for the price, this is an astonishingly brief experience that doesn’t have a whole lot of replayability. You can unlock costumes and a mini-game mode, but that’s about it. As for the combat itself, it’s suitable for what it is. There’s only three real weapons to choose from (four if you count your companion Kaede’s hidden weapon), and three armor to find. It’s basic, giving the player a normal attack and special attack, alongside a slightly trickier counter move. It’s a simple control scheme, but I enjoy it being so.

Finally, when it comes to graphics, Onimusha: Warlords holds up well. Granted, it still looks like an eighteen-year-old game with lower poly models, but considering this uses a same formula as the first few Resident Evil titles, namely pre-rendered backgrounds, Capcom is able to take advantage of this. It has been touched up be more playable at 1080p, and with only a couple of models on screen at once, they’re able to hit 60fps easily on both Switch and PlayStation 4. There’s a widescreen option, but as you’d expect from a mostly pre-rendered game, all Capcom did was zoom in the image. Fortunately, you’ll be able to switch to 4:3 mode, which, while has the bars on the sides, shows far more of the picture. 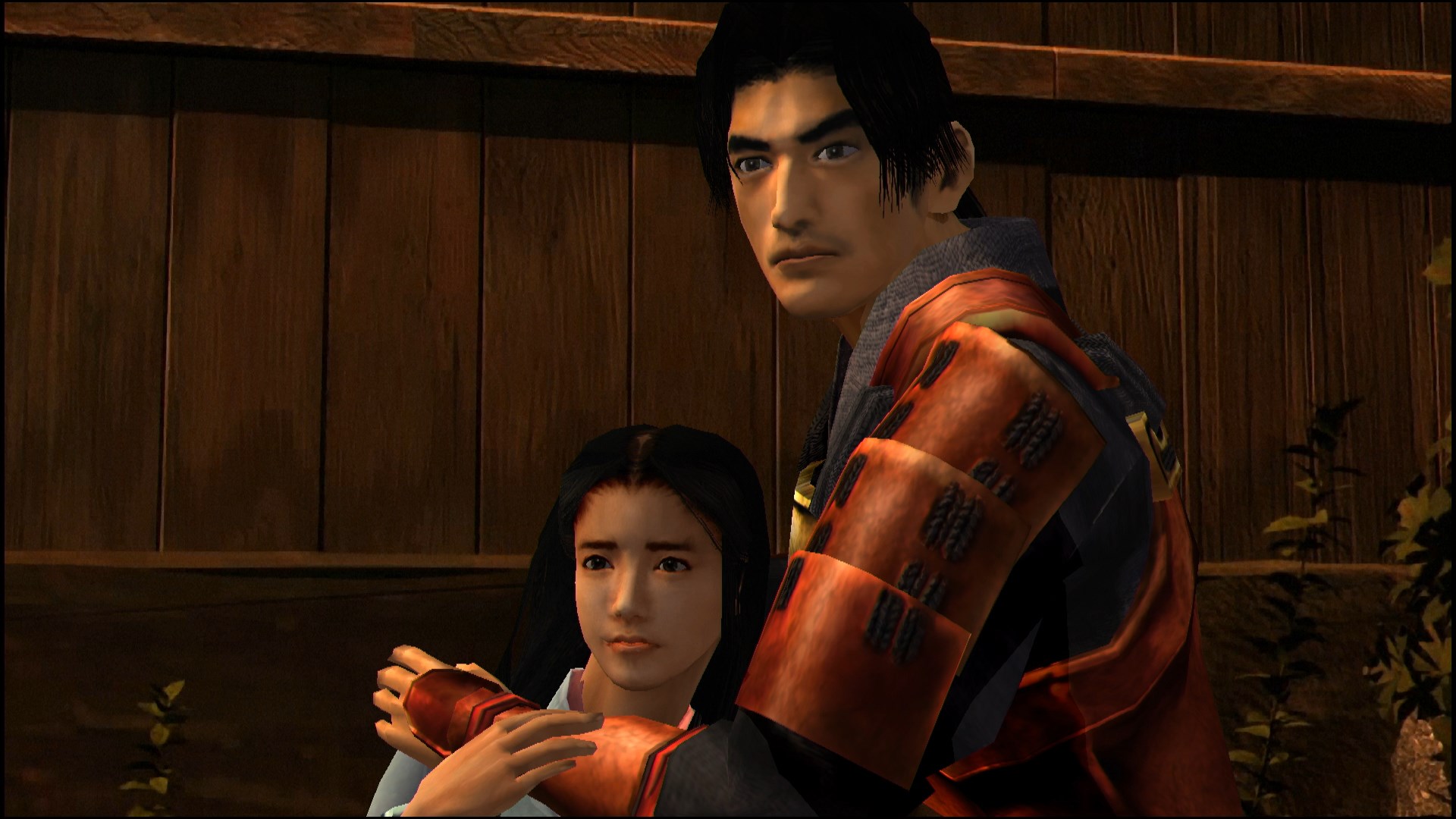 If there’s one aspect Capcom has been banking on as of late, it’s nostalgia. Whether it’s remaking Resident Evil 2 or remastering the various Mega Man games, the Japanese publisher is doing well to remind players why they were the best in the business. Unfortunately, Onimusha isn’t necessarily the best example of this. The demon-slaying adventure hasn’t aged all that well in the last eighteen years, being profoundly short and limited in its scope. It’s hard to believe this only came out around half a year before Devil May Cry, a far superior and significantly lengthier character action title. Granted, Capcom has done a fantastic job touching it up and adding a more modern control scheme, but it becomes apparent that this was only the stepping stone for future iterations. It may sound like I’m being tough on Onimusha: Warlords, but it’s still a solid experience with entertaining mechanics; just don’t go in expecting a whole lot. All we can do is pray that this will lead to more Onimusha games, being remasters or new entries. Mind you, Onimusha 3: Demon Siege might run into legal complications being that Jean Reno is one of the protagonists, but here’s hoping. In the end, this is a decent trip down memory lane, but it’s nothing more than that.