One of the problems with catastrophic pandemics is society never seems to quickly bounce back from them. After the Dollar Flu led to the to the events in the first Division and all the problems were solved at the completion of that game (or were they?) there is still the matter of the the current state of the world. After the population was decimated by a smallpox outbreak that was enabled by the anti-vaxer movement, society is still largely in shambles. A civil war exists between groups of survivors and violent marauders. This sounds awful, but as a general rule any sort of catastrophe can lead to a viable premise for an enjoyable sequel, which Tom Clancy’s The Division 2 is shaping up to be.

America is still in shambles from the outbreak and Division agents are fighting to reclaim Washington DC from the post-apocalyptic outlaws. In the work-in-progress build where we were set loose was a realistic re-imagining of our nation’s capital after civil war and plague reduced it to modern day ruins. The map of Tom Clancy’s The Division 2 is a massive and dangerous place to explore. The once bustling city is now a fractured ghost town crawling with violent and heavily armed groups. While exploring the ruins of famous landmarks is always interesting, there’s one landscape that’s more dangerous and enticing than the others, and those are the Dark Zones.

The Dark Zones were among the more interesting aspects of its predecessor, and apparently the occurrence of them also happens in Washington DC. Dark Zones are extremely dangerous locations scattered throughout Washington DC. These locations are quarantined off from the main map and going inside one of these places can lead to great rewards if the players are able to survive them. Throughout the Dark Zones are several supply drops that are filled with contaminated gear, and if the player is able to successfully extract them and clear the Dark Zone, they can end up acquiring useful equipment for their characters. The Dark Zones in the first Division did have some criticisms and the development team working on The Division 2 is striving to make this experience more balanced when played online with other players. How well they succeed with this won’t be known until the finalized game is released in a couple months, but it has been said of a few Ubisoft games that the first sequel is the game the original should have been, so it’s not an unrealistic expectation to be optimistic about this. 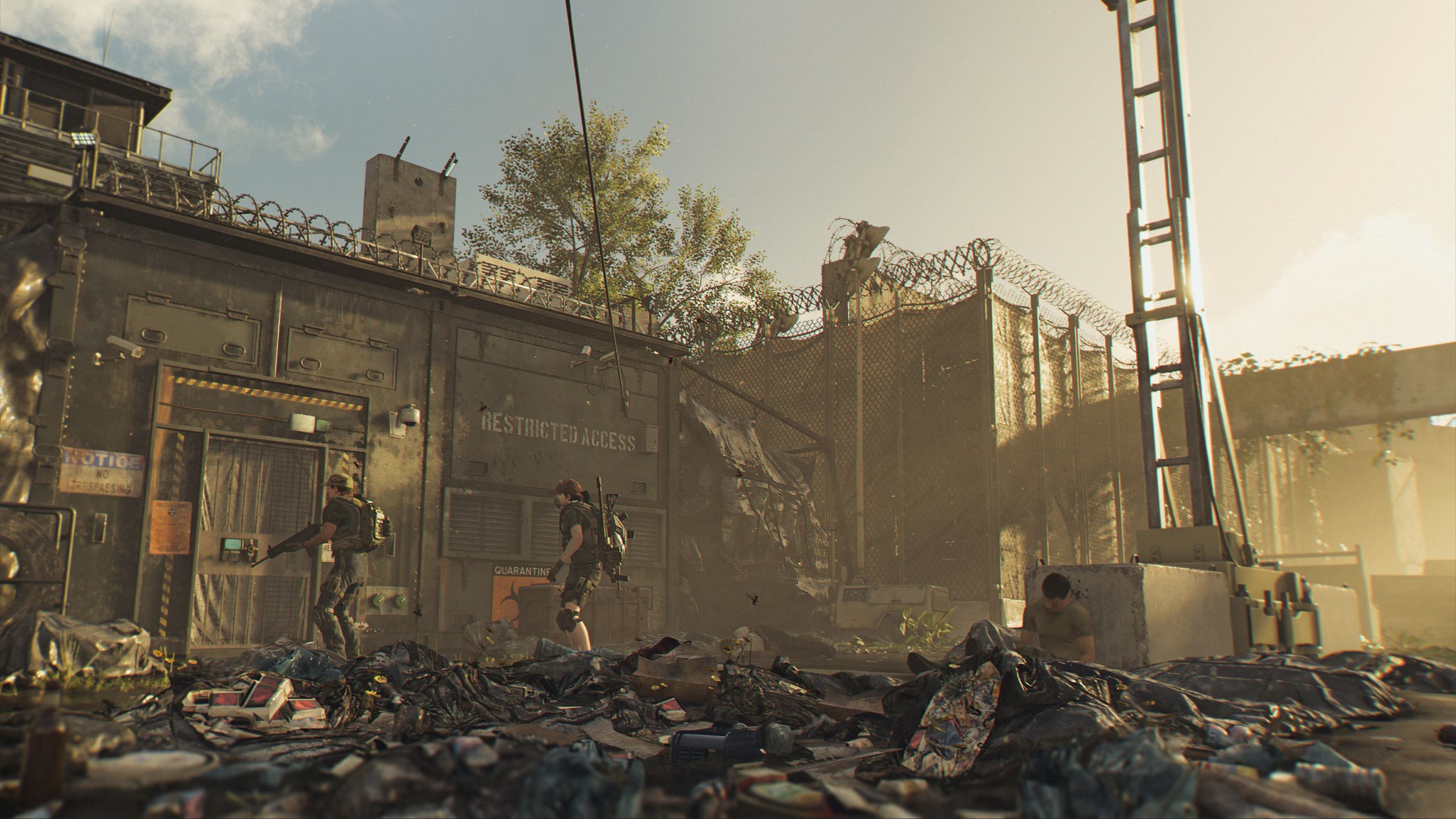 As an action RPG, The Division 2 is expected to have an engaging single player campaign to make the game worthwhile for solo gamers, but a tactical squad shooter like this is begging for some team multiplayer action. We were able to get some hands-on time with two multiplayer modes, Skirmish and Domination, and both were enjoyable. Skirmish is your basic team death match were teams of up to four can face off against each other where the first team to a certain number of points wins. We can attest to this mode being fun because the team this writer was on went up against our opponents with the same level of success one would expect from group of squirrels when charging into a lion’s den. We got were butchered like a banana in a blender, even after we did so well in the PvE Dark Zones battling against simple AI enemies, but we still had a good time despite our futile efforts.

Domination is a take on the King of the Hill formula. The two teams start at opposite ends of the map and try to take control over three different control areas. Having control over an area will cause the team’s score to rise, with the first team to reach 750 points declared the victor. Controlling multiple locations will cause the points to accumulate more quickly, so team strategy plays an important role in defending the captured territory and liberating territory from the enemy. With all things related to game skill being equal, this really came down to how well the group communicated in coordinated the offense and defensive tactics. 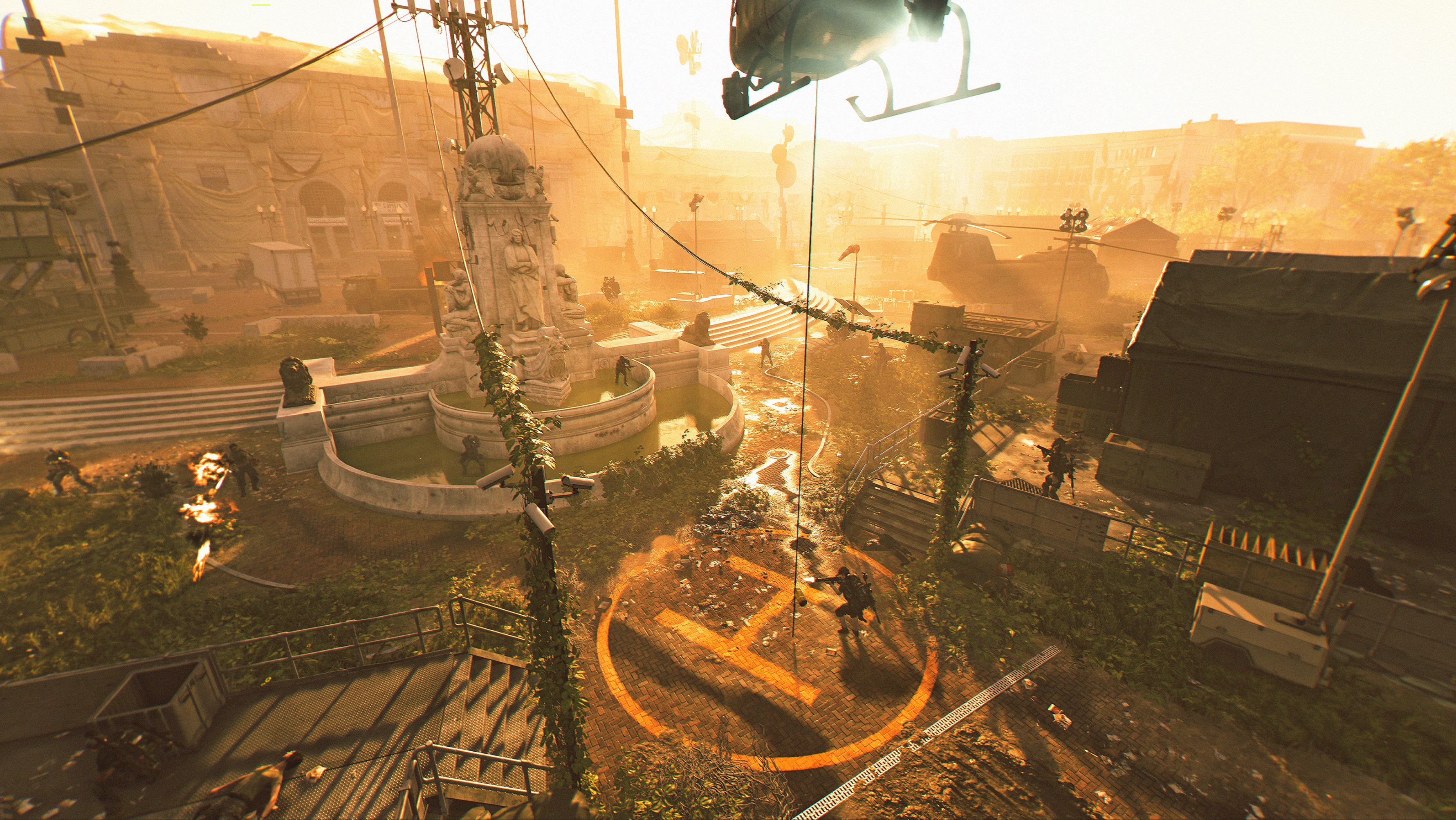 The single player experience and campaign of Tom Clancy’s The Division 2 remains a mystery, but from the few hours we got to spend with it, the multiplayer aspect is a blast. A commonality among the cooperative PvE ventures into the Dark Zone and team PvP modes is group communication and character selection are key ingredients to success. Knowing the strengths and weaknesses of the various and skills and weapons and utilizing them in a team setting is vital to success, and the team that is able to effectively communicate is much more likely to succeed in battle. The brief time we’ve spent with this title at E3 and this more recent event has us excited about its release and look forward to providing additional coverage in the future. Tom Clancy’s The Division 2 is scheduled for a March 15 release on PC, PlayStation 4 and Xbox One.