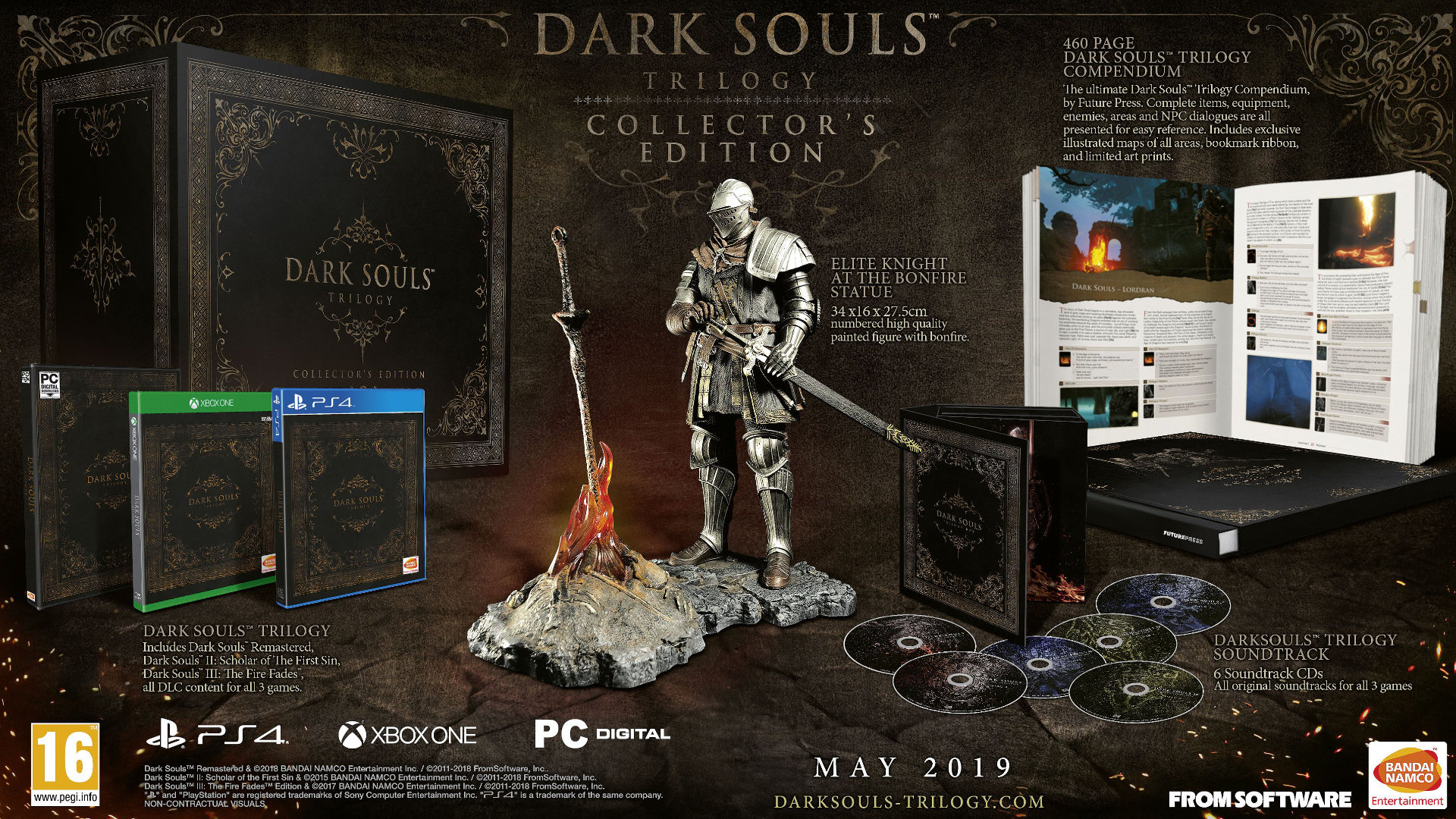 Dark Souls Trilogy Collector’s Edition will be limited to 2,000 copies and is being sold on a first come, first-served basis on Bandai Namco of Europe’s store. Don’t rush into it too quickly though; that comment about it being expensive wasn’t a joke. This monster will set buyers back 450 British pounds, which roughly equates to $580. It also won’t ship until at least May 31, which is almost two months after the Dark Souls Trilogy’s official launch date. Those who go for this will need to prepare to be patient.

The Dark Souls Trilogy launches on March 1 for PlayStation 4 and Xbox One. Those who haven’t yet played a game in this series should check out our review of Dark Souls III for an idea of why these games are so beloved.