Mortal Kombat is back and bloodier than ever. Mortal Kombat 11 aims to be a defining moment for the series by bring together a cast of beloved and new characters. With plenty of fatalities, a roster of 25 characters and a new engine, players should be prepared to finish him. After getting a chance to play the game, we had the opportunity to sit down the Brian Lebaron, Senior Designer on Mortal Kombat 11 to learn more about the story, the mysterious Kronika, and most importantly, Who’s Next!

[Hardcore Gamer] Mortal Kombat 11 picks up shortly after X. Set the stage. What are the stakes this time?

[Brian Lebaron] We showed you that the game picks up right after Raiden turned evil and wants to mess things up in the timeline. So, he’s taking over and Kronika, a new character we introduced, arrives to fix Raiden’s mistakes. He’s screwed up her idea of what the timeline should be, so she’s trying to bend it back. Other than that, we can’t really talk too much about the story. Don’t want to give too much away!

Well, she was, which you’ll find out when you play the game. I can’t really spoil anything about her right now. I will say she has always pretty much been there. We just didn’t know about it. You’ll see how it all works together. 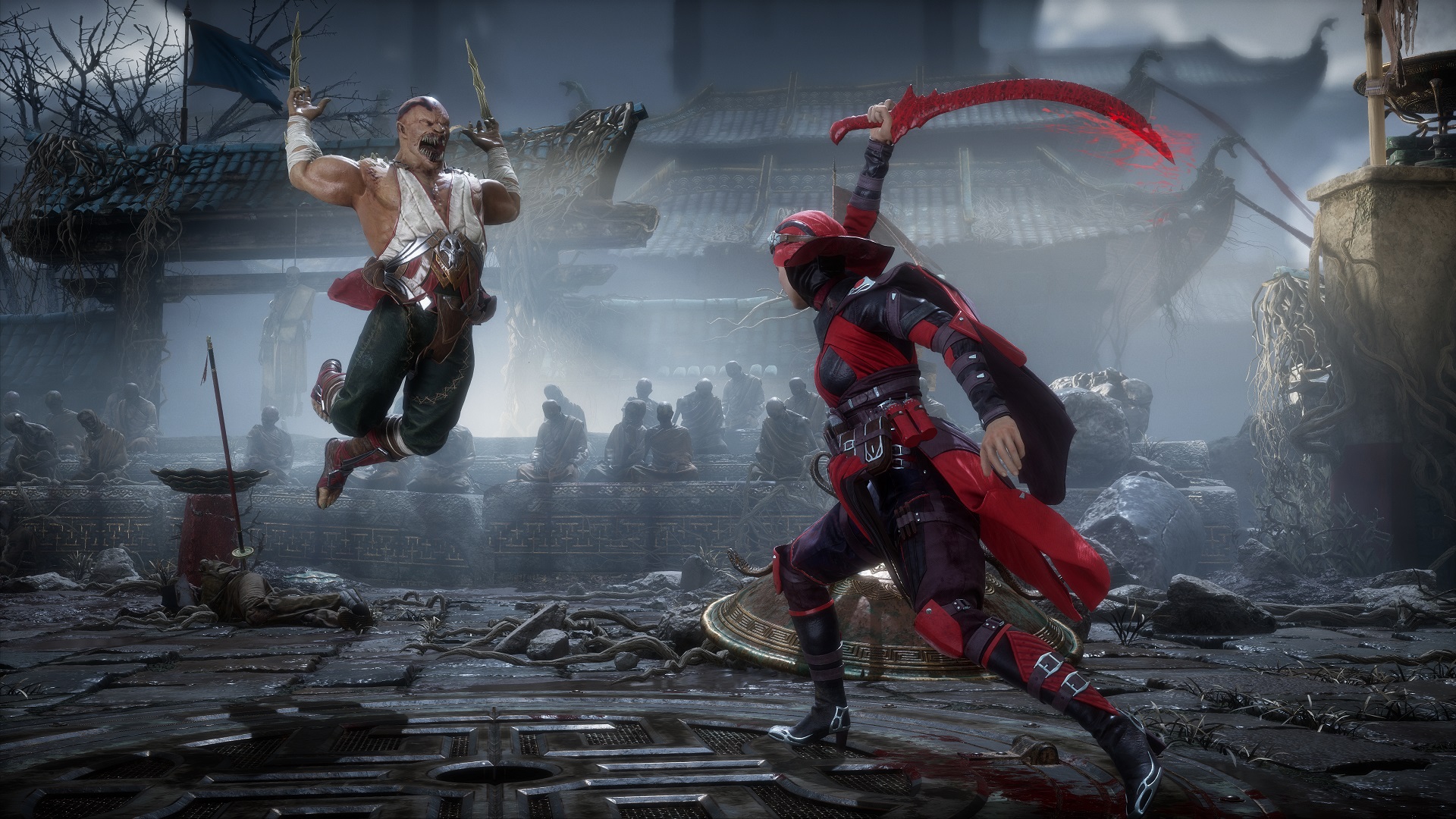 Is she the woman we saw in Jade’s ending in Mortal Kombat 2011?

Possibly. That’s a very big possibility. I know a lot of people have been asking that online and surprisingly no one had asked me that here yet.

So, it’s a high possibility Kronika was in Jade’s ending?

The game has undergone some changes since X and Injustice 2, such as the evolution of the Power Meter. Players no longer must worry about building it up to unleash some super move. How does breaking it into offensive and defensive meters change up combat?

I think it’s a great change. The way we ended up going really makes it accessible for casual gamers, but still rewarding for hardcore gamers. Fatal Blows are only available once a player gets below 30% but can only be used once a match. Once it’s used and hits, you’re done. The other two meters are cool as it gives hardcore gamers more to work with. You don’t have to waste or save your meter on something you don’t want to use. It’s about giving more to the players while still being as accessible as possible.

The block button is back. You don’t see that much in fighting games anymore. Even your other franchise, Injustice, doesn’t have a dedicated block button. Why keep it in Mortal Kombat?

I think it’s always been a formula that works. As a kid I was never as good at other fighting games as I was at Mortal Kombat, but that block button always felt safe. A lot of the other games that use the back button for block have never been as comfortable. I think a lot of people feel the same way. I love the block button! 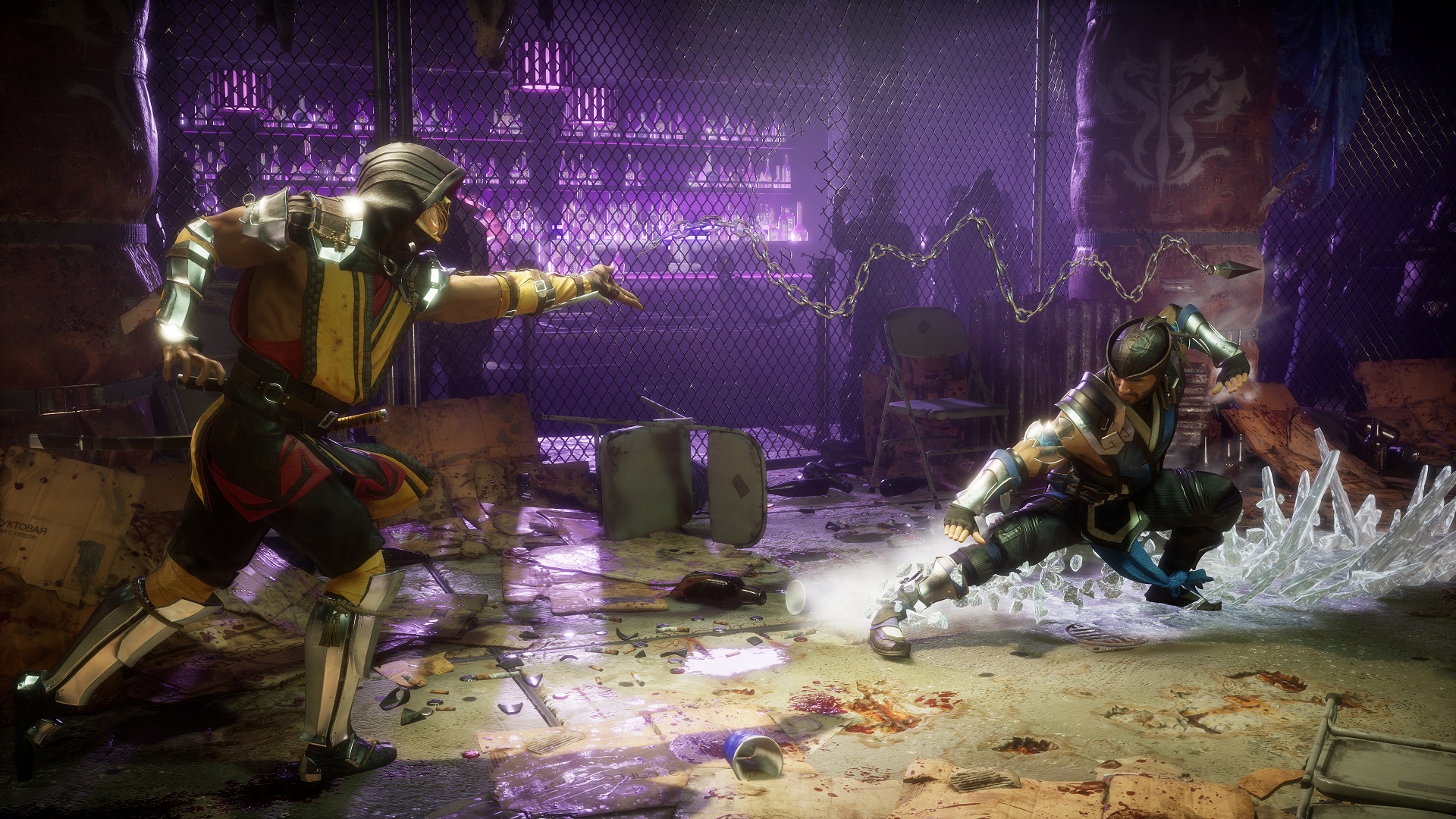 Mortal Kombat X really focused on the next-generation of fighters. We saw lots of new additions to the roster, including the children of classic fighters. We didn’t, however, see any of those characters revealed today despite the importance put on them last time around. Is there a reason why they were left out?

There’s no specific reason. It just happens to be the way we wanted to show off the game. The idea behind the story, behind the time manipulation is so that these characters can meet themselves at different stages of their lives. It’s been a lot of fun working with long-running characters who have different versions of themselves. Nobody’s dead and we can just pull in whoever we want.

Speaking of that, despite popular belief, there are fans of the 3D era. Of that era, however, only Kenshi, Quan Chi and Shinnok have shown up as playable characters. Since anyone can be pulled in, is there any chance some 3D era characters could make an appearance?

The timeline is pretty much reset, so we have a big pool of characters to work with. I think everyone will be happy with the final roster.

The best Mortal Kombat guest character of all time is clearly Kratos. He fit so well in the MK universe back in 2011. Any chance he’ll return for a second round?

A lot of the guest characters are based on timing. Like we did with the Ninja Turtles in Injustice 2, they were getting a revival. It was perfect timing. It really all depends on what’s going on in our world and how well they’d work in ours. 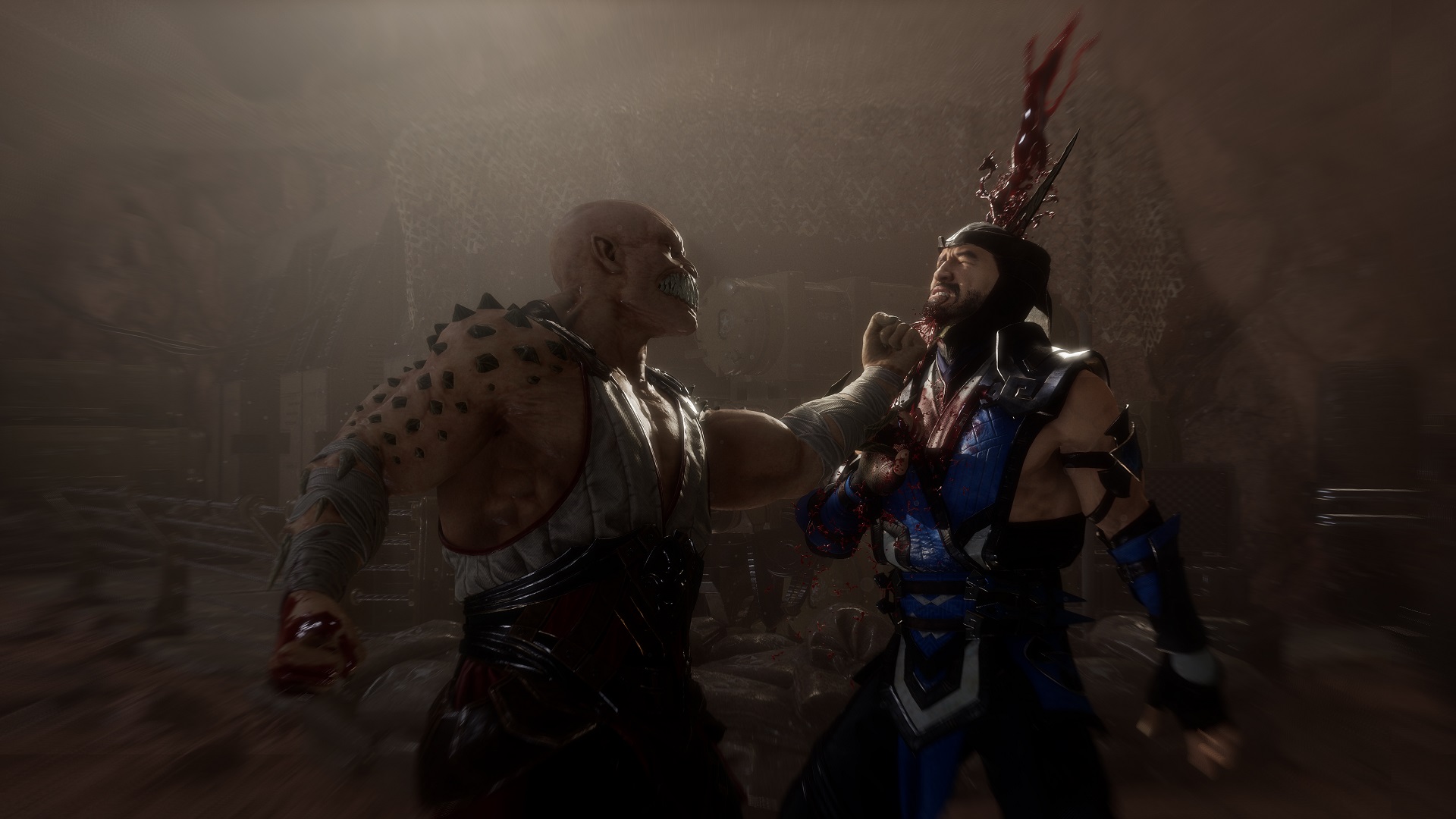 What game engine are you using for Mortal Kombat 11?

We use a heavily modified version of Unreal. It’s pretty much very loosely based on Unreal at this point. It’s been so reworked over the years so that it’s almost like a new engine.

One of the big complaints thrown at NetherRealm Studios concerns animation. Characters always seemed stiff. They don’t seem to bend their arms or legs when attacking. How have you upped your game for Mortal Kombat 11?

There’s a lot more talent and people this time around. We’ve always had great people working on the animations, but the timeframe has always worked against us. We’ve been a lot more focused on animation this time around. There are a lot more in-between animations and blending to make the gap between movements less jarring, and I think that’s helped a lot. So far, it seems like players are responding to it well. I think we’re going in the right direction and hopefully we’ve gotten there this time around.

Can you tell us anything about the Switch version? It’s the first Mortal Kombat game to come to a Nintendo platform since Armageddon on Wii. Are you handling the port?

All versions are kind of on par from what I’ve seen, but we’re still far out. In-house we’re handling PS4 and Xbox One, so we’ll see how it goes. I forgot who we have working on Switch, but it is someone we’ve relied on in the past. They’ve done good work, so I feel confident. 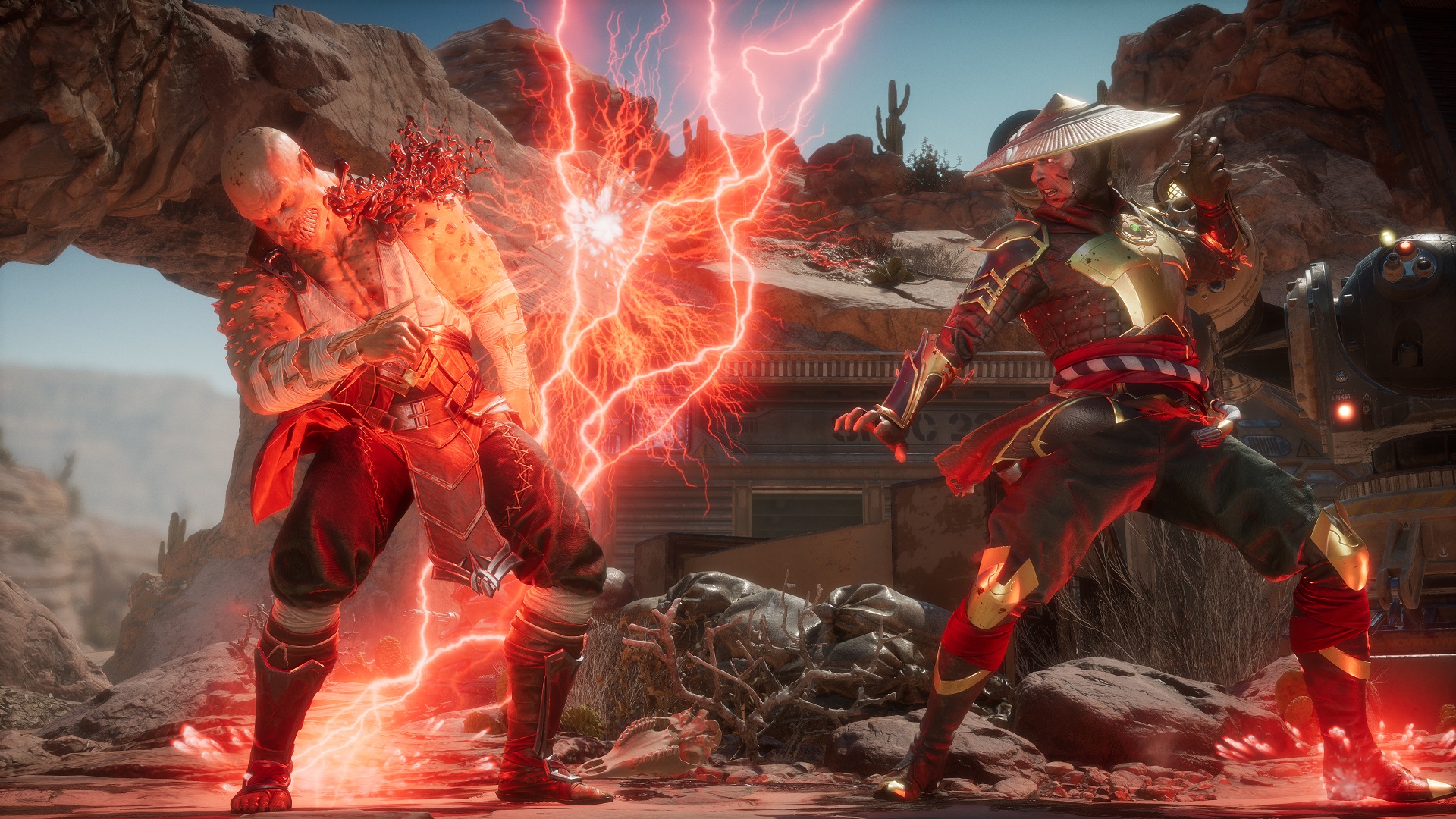 Now, I know when people see Gear you want them to think cool customization. However, it’s hard not to look at Gear and think about microtransactions. Can you shed some light on how you intend to monetize Mortal Kombat 11?

We have never been a studio that wants you to pay-to-win. We’ve never been a part of that. You can always get everything in the game just by playing. We’re not really talking about microtransactions, loot boxes or anything like that today. What I can say is that we’ve never been a fan of making players pay to achieve anything.