The Trials series of dirt bike games dates back nearly twenty years as it started out as an internet browser game. Many versions later have brought a deep evolution of the series and this culminates with Trials Rising. Developer RedLynx along with Ubisoft have created a game based around a physics engine that focuses on weight balance and momentum. This 2.5D racer meshes well as a platform title and even some puzzle solving on more difficult courses. We were invited to play a preview build of Trials Rising recently and while the game consists of a lot of trial-and-error, all the failing happens in style.

The physics are the centerpiece of Trials Rising as you will race with a few different bikes that are based on various styles. You begin with a medium bike known as the Scout and will eventually unlock other bikes. One is a traditional dirt bike that is heavy but offers a top speed, while the other main bike is a trials or hill-climber bike that is light and accelerates fast. Some of the wonky unlockables include a bicycle and a mini-bike that is considered the most difficult to ride.

What’s new with Trials Rising is the Tandem Bike. This allows two players to cooperatively control a bike, but not like riding a two-seater bicycle. Each player controls 100% of the bike at once, allowing for wonky physics and hilarity. Players can bail out on each other at any time and go flailing in the wind. This can also make for quite the bonding experience. Playing this with one of the developers was quite the experience as getting through specific section of courses required both players to shift their weight properly to get over obstacles. 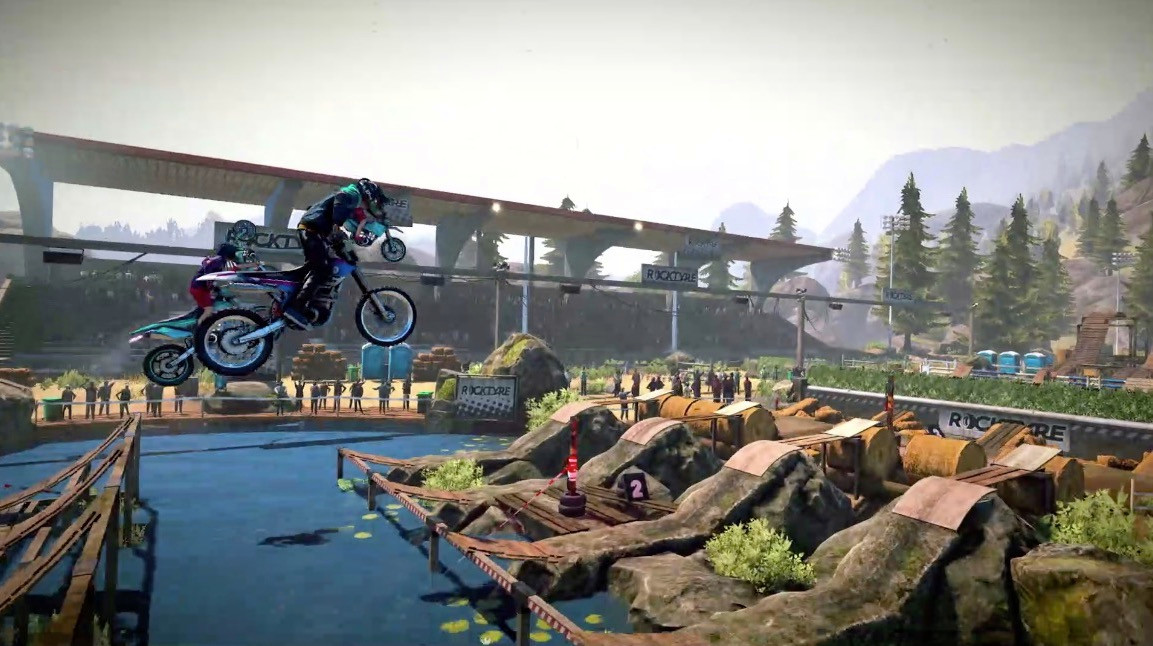 Trials Rising contains various locations throughout the world as it looks to offer a great multiplayer experience. Players will race up to eight at a time as they look for the quickest way to the finish line. While the game might be linear in the fact that it’s a 2.5 dimensional game, separate routes and shortcuts will be encountered depending on the track. All the locations are not necessarily real world tracks, but different styles and environments based on where the event takes place. Locations such as a skate park in Venice Beach to a lumber yard in Canada, while major events take place inside stadiums, there is a variety of areas to help keep the game fresh. The interface feels similar to The Crew 2, but it won’t have a cheesy story mode but rather the unlocking of events and traditional progression.

The other big aspect of Trials Rising is the overall customization. The game will be carrying over the track editor and the templates will include assets from all the past Trials games. This includes Fusion and even Blood Dragon. With the editor, you will basically choose a terrain and then draw your path while traversing obstacles in the environment. A guide will be used to help with this. The completed tracks can then be shared for download. The developers confirmed that the creations are not tied to specific consoles and can be downloaded from any creator’s system. 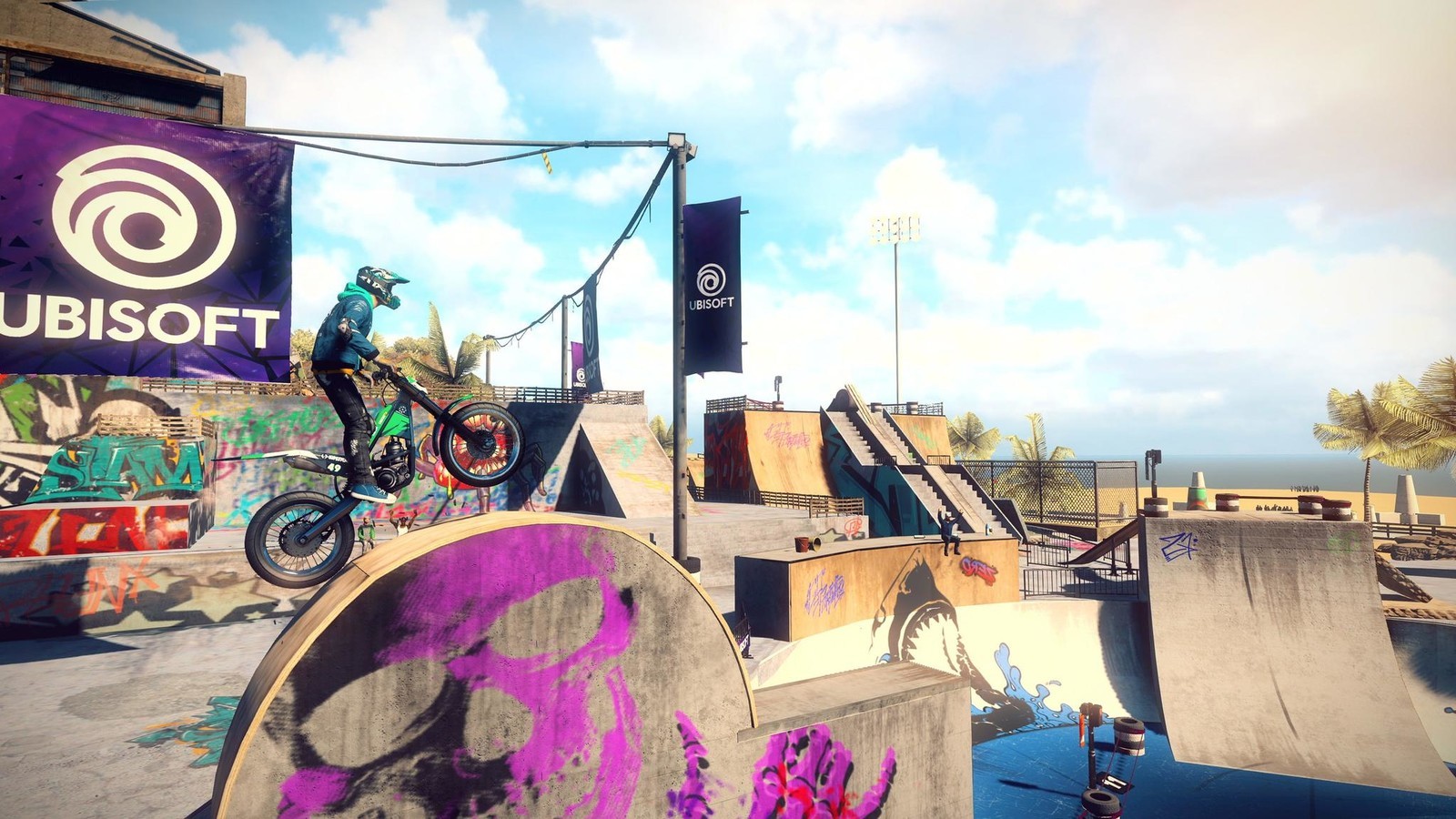 Rising also includes sponsorship from the likes of KTM and Fox Racing. This means that apparel can also be customized and stickers can be applied. These modifications can also be shared and quickly downloaded for play. There are also some far out accessories such as a horse’s head for a helmet and boxing gloves. There are plenty of options to be unique. These accessories can either be unlocked by progression or purchased with in-game currency.

While the PlayStation 4, Xbox One and PC will be offering Trials Rising, there’s also a Nintendo Switch version that we were able to play. The developers have stated that continuity is key between the two platforms, so there won’t be a lack of content. The visuals will not be as prevalent, but the experience is undoubtedly on par with the other three versions. When breaking out in two player, you will use the two Joy-Cons. Depending on how comfortable you are with Joy-Cons, the ease of use and the portability were a bonus to have. Not to mention having the ability to create tracks on your way to work or school is a bonus. 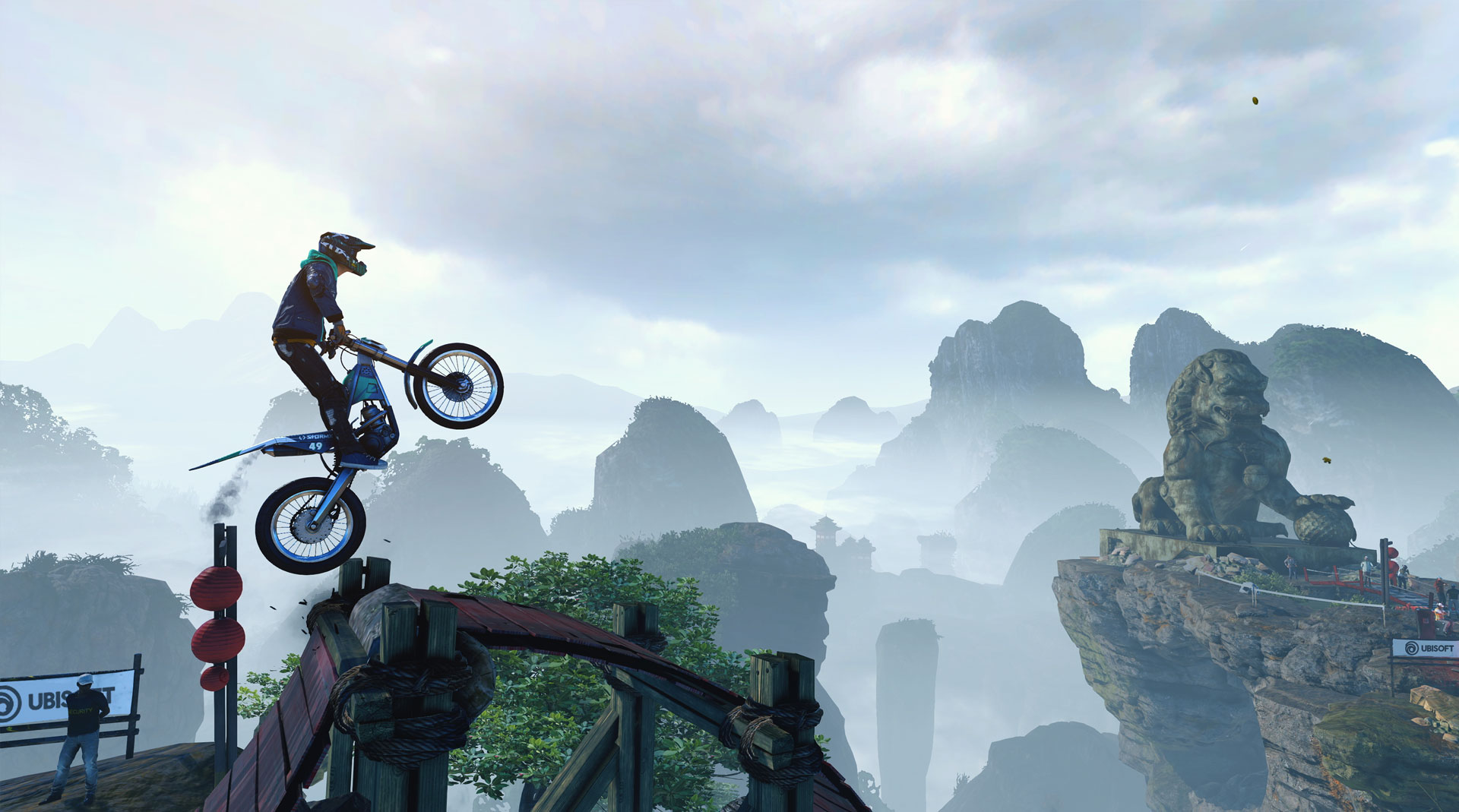 Our time spent with Trials Rising was an addicting and hilarious experience. You won’t find yourself becoming frustrated if a course gets too difficult. It takes time to get through the higher level stuff, but the hilarious face plants and rag doll physics can amount to some great video montages. The game can be a metaphor for life in general with the hilarious ways that things can go wrong but the sense of accomplishment keeping you going. Trials Rising will launch on February 12 and will retail for $39.99. The game looks to pack quite a bit of content and fun for that price.